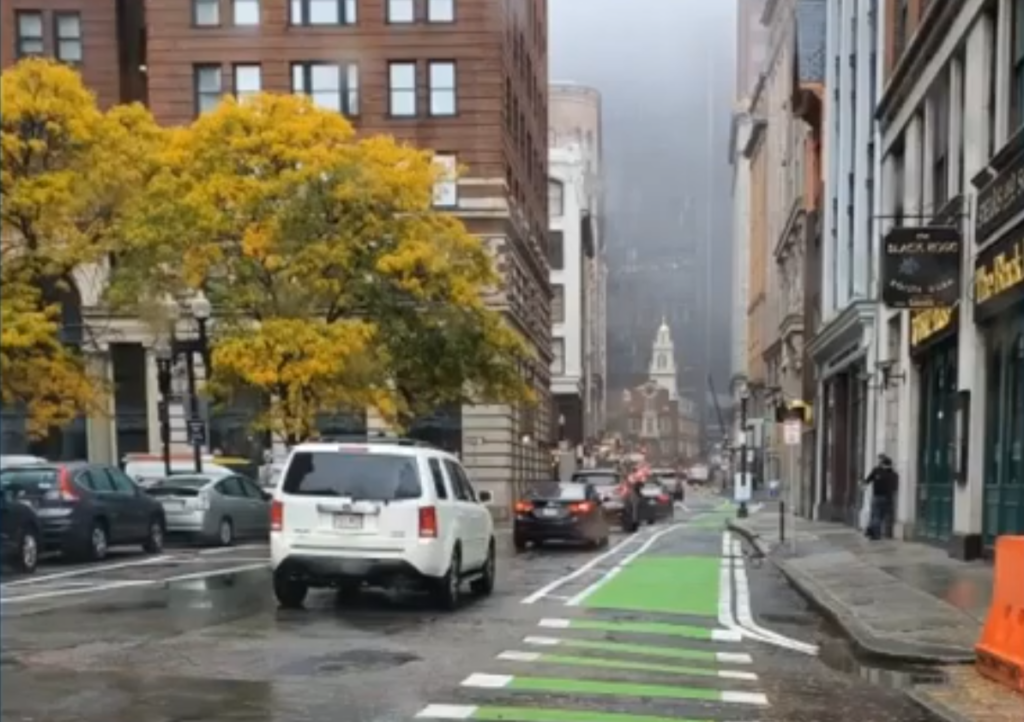 Citing fears of crowded trains and the inconveniences of reduced transit service, Boston-area employers got into the bad habit of subsidizing more employee parking during the pandemic – and the new incentives for drive-alone commuting could quickly swamp the region’s roadways as more offices reopen this summer, warns a new report.

Boston-based A Better City, a business advocacy group, this morning released a new forecast of post-pandemic commuting trends, based on employee surveys and detailed interviews with major employers.

The forecast is timely: though transit ridership still remains well below pre-pandemic levels, traffic on the region’s roadways is worsening rapidly.

On Monday, MassDOT Highway Administrator John Gulliver told the MassDOT Board of Directors that “traffic, for all intents and purposes, is back to 2019 levels on most roadways in Massachusetts.”

The report finds that, although many downtown offices remain quiet, demand for office space in the city remains unusually strong, and more workers are coming back.

One of the report’s key insights is that the new “hybrid” work schedules – in which workers work from home two or three days a week – may encourage even more drive-alone trips overall.

That’s because such work schedules make it hard for workers or employers to justify the full cost of an MBTA pass, and because hybrid schedules effectively allow companies to fit more employees’ vehicles in fewer parking spaces.

The report offers a hypothetical example: imagine a company that owns 100 parking spaces for 200 employees. Pre-pandemic, half of the workforce would have had to walk, bike, or ride transit to work. But if roughly half of the workforce stays home on any given day, then everyone could drive.

During the pandemic, many regional employers rolled out new parking subsidies for workers who were afraid to ride the T.

“To avoid a return of crippling congestion and related greenhouse gas emissions, employers should reconsider” those subsidies now, the report urges.

A Better City also sees this summer as a critical moment to encourage more commutes on foot and by bike.

“Boston and other municipalities should accelerate the reconfiguration of roadways for the highest and best use of that space,” the report says. A survey of employees found that 41 percent of respondents lived within five miles of their workplace – a distance that would be easily bikeable, if safe routes were available.

“This is a choose-your-own adventure moment for the region: we’ll live in the future that we choose right now,” Scott Mullen, A Better City’s Transportation Demand Management Director, told StreetsblogMASS in a phone conversation on Monday. “And not choosing is still a choice – we need to be proactive. The city’s got to get street designs right, the T’s got to get service levels right, HR departments have to get the incentives right; and we as the commuting public have to go back to transit, or bikes, or anything other than single-occupant vehicles in the downtown core.”

Read the full report at ABetterCity.org.