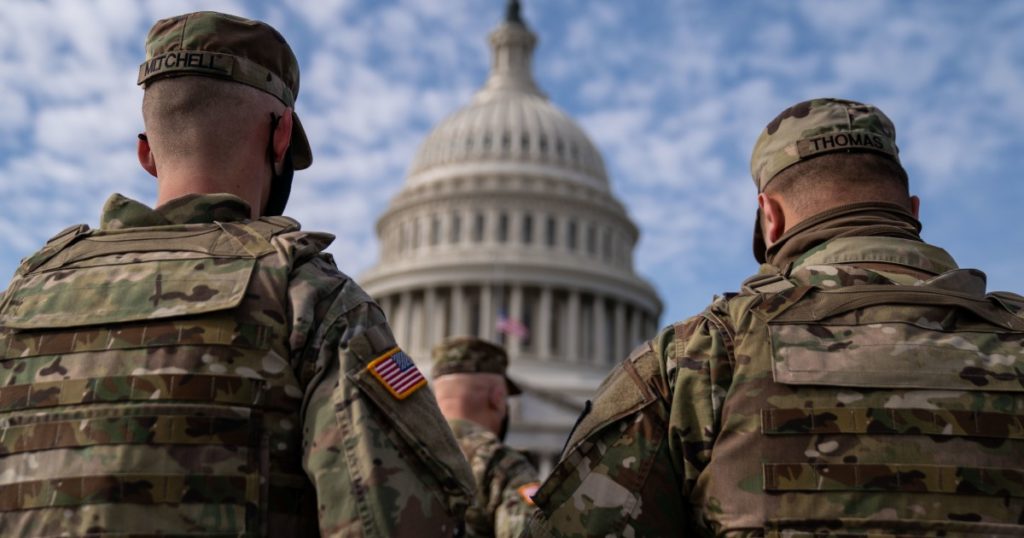 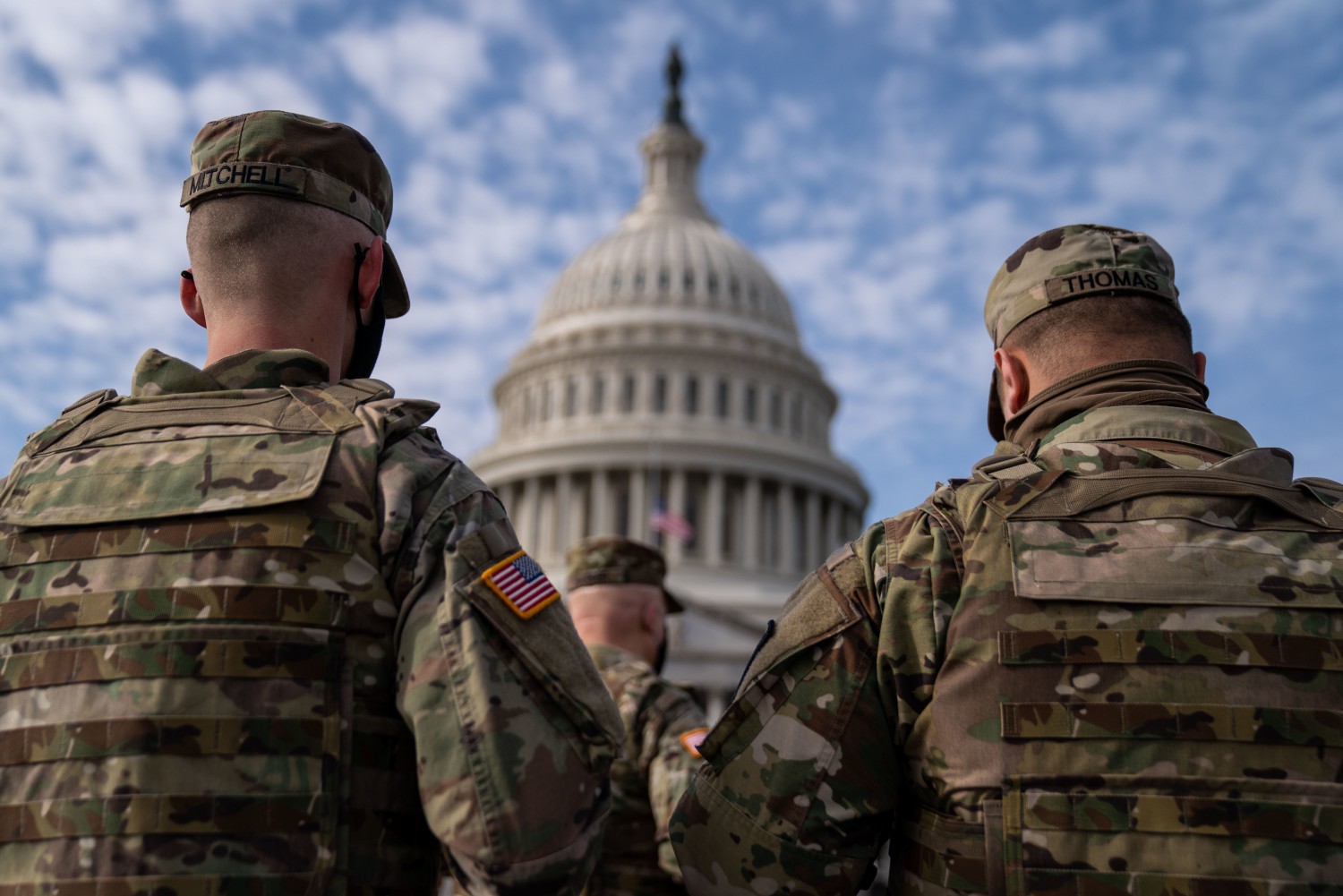 A manhunt was underway Monday for a Pennsylvania woman suspected of stealing a laptop from the offices of House Speaker Nancy Pelosi (D-San Francisco) during the attack on the U.S. Capitol, possibly with the intent to hand the device over to the Russian government, the FBI said.

The disclosure came as troops and police patrolled Washington in a show of force, seeking to secure President-elect Joe Biden’s upcoming inauguration. Even the Martin Luther King Jr. Memorial remained off-limits behind security barriers on the federal holiday dedicated to the civil rights leader.

Police and federal agents have arrested about 100 people who attacked the Capitol and have opened at least 275 investigations into pro-Trump extremists who stormed the Capitol on Jan. 6 to disrupt the official counting of electoral votes cementing Biden’s November victory over President Trump.

Among those the FBI was seeking was Riley June Williams, whom officials alleged was caught on video seeming to direct intruders up a staircase in the direction of Pelosi’s office. Once in the workspace of the speaker — who is third in line to the presidency — Williams may have pilfered a laptop, the FBI disclosed in court filings.

A romantic partner of Williams’ told the FBI that the Harrisburg, Pa., resident “intended to send the computer device to a friend in Russia, who then planned to sell the device to SVR, Russia’s foreign intelligence service,” an agent wrote.

The FBI was investigating the claims but has yet been unable to confirm the tip, wrote FBI agent Jonathan Lund, who added that Williams had deleted her social media accounts and appeared to be on the run.

The case against Williams — she is charged with entering a restricted building, disrupting orderly government and engaging in disorderly conduct — is among the dozens filed by federal authorities since the mob that stormed the Capitol. Those charged represent a broad cross section of Trump supporters, including alleged white supremacists, Proud Boys and QAnon conspiracy enthusiasts.

They also include a former Olympic swimming champion and a well-known heavy metal musician, Jon Ryan Schaffer, who claims membership in the extremist militia group the Oath Keepers.

Schaffer was arrested this weekend and accused of spraying Capitol Police officers with bear spray during the attack, records show.

One group of alleged insurrectionists that has sparked anxiety among national security officials is current and former police officers and military personnel who joined in the attack.

In light of those concerns over a potential insider threat, the military and FBI are vetting thousands of National Guard troops assigned to protect the Capitol and downtown Washington to ensure they pose no danger, officials said.

As tension mounted with just two days until Biden is inaugurated, the Capitol complex was locked down and evacuated following what officials referred to as an “external security threat” — which turned out to be a fire under a nearby highway overpass.

The Washington, D.C., fire department reported the incident involved an individual living in a tent using a propane tank. The U.S. Secret Service gave an all clear soon after. “There is no threat to the public,” said the agency, which is in charge of security preparations downtown through the inauguration.