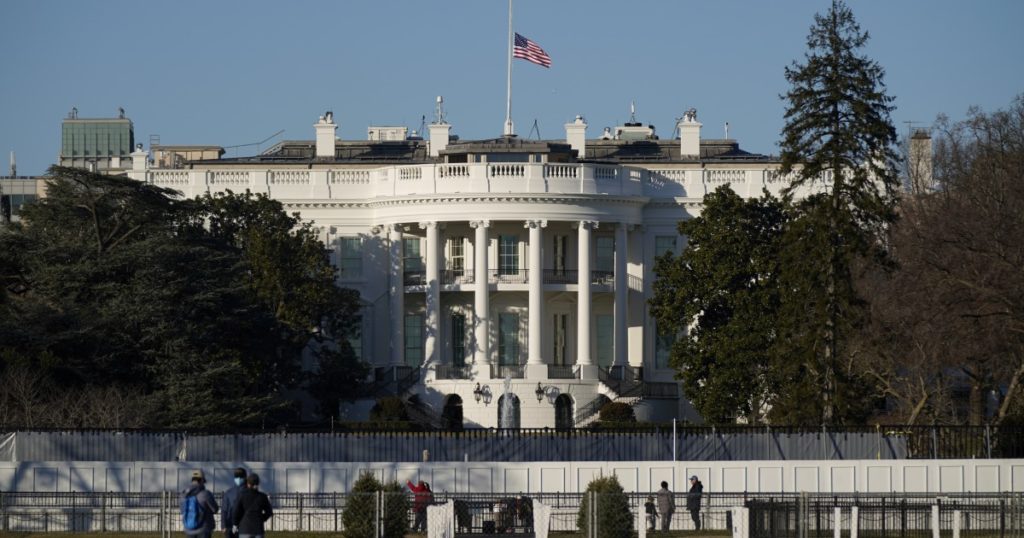 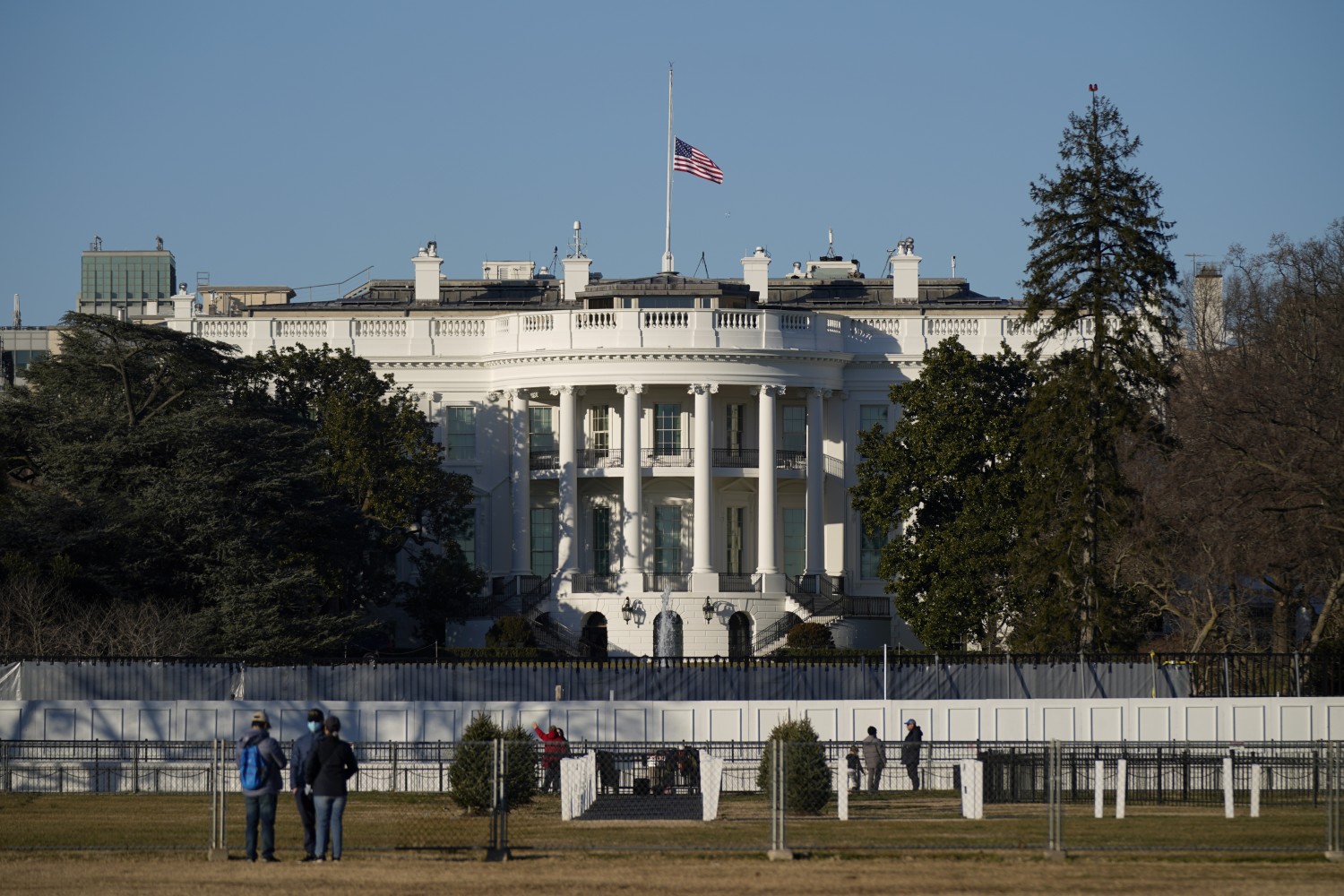 After four years of constant noise and controversy, President Trump’s final days in office have been eerily quiet, even as Congress weighs a second impeachment — mostly because Twitter took away the digital platform that enabled him to boast and bully, and to overwhelm the attention spans of Americans and the media around the clock.

Since the company deleted his account Friday evening, saying he had abused it to incite what became a deadly riot at the Capitol, Trump has gone completely dark, apparently unwilling to use other platforms at his disposal. He has avoided the White House briefing room, stayed out of public view and granted no interviews, even to favored right-wing media figures.

An administration official confirmed Monday that Trump met with Vice President Mike Pence in the Oval Office, the first interaction between them since Wednesday’s insurrection in the Capitol. Though Pence had been vocally threatened by the mob, and hustled with his family from the Senate to safety, Trump never checked on his vice president, the administration official said; instead he nursed his sense of betrayal that Pence had carried out his constitutional duty to oversee Congress’ count of the Electoral College votes rather than help overturn Joe Biden’s election.

As nerve-jangling as they’ve been, Trump’s real-time musings on Twitter had offered a remarkable and unprecedented window into a president’s head. To no longer have them has been unnerving in its own way.

Suddenly, with Trump at his most isolated — abandoned by some Republicans, Cabinet officials and pillars of corporate America, pursued again by Democrats in Congress and federal investigators — few people outside his family and inner circle know what he’s thinking — or plotting — as his presidency ends.

For the past week, as Trump has turned more inward, into petulance and self-pity, his official daily schedule has been opaque, something of a sarcastic rejoinder to his longtime foils in the White House press corps. In the president’s familiar hyperbolic boasting, the public notices each day say only that he “will work from early in the morning until late in the evening. He will make many calls and have many meetings.”

Democrats, and some Republicans, publicly call him an unhinged danger to national security, and there’s much speculation about who else he will pardon on his way out the White House. But without Twitter at his disposal, he hasn’t been able to float the more controversial actions he may be considering, to gauge the reaction from foes, allies and the public.

Similarly, his social media shunning has deprived Trump of the ability to lash out as he typically has done after real and perceived slights. He hasn’t hit back, for example, after the PGA’s cancellation of its plans to hold the 2022 tour championship at one of his golf courses. And he hasn’t publicly threatened the growing number of Republicans in Congress who have excoriated him in recent days, or even called for his resignation or immediate removal.

“He’s neutered without Twitter,” one Republican congressional aide said. “Members are starting to wake up to the fact that he’s powerless.”

Trump has been warned of his legal exposure stemming from the Capitol siege, which led to five deaths. His White House counsel and private attorneys have told him that he could face criminal and civil charges in the coming weeks and months, according to a person familiar with the conversations.

There was confirmation of one event at the White House on Monday: For the second week in a row, Trump awarded the Presidential Medal of Freedom, the nation’s highest civilian honor, to one of his most obedient allies in Congress, Rep. Jim Jordan, (R-Ohio). But he did so in a private Oval Office ceremony, opting not to invite the small pool of White House reporters, who’d be sure to shout questions.

The president, who has bestowed the honor on a number of athletes and celebrities who have been supportive of him, had been planning another medal ceremony for later in the week, for New England Patriots coach Bill Belichick. But Monday night, the coach issued a statement that he “made the decision not to move forward” with accepting the award after “the tragic events of last week” — stopping short of criticizing Trump directly but emphasizing his determination to continue “conversations about social justice, equality and human rights” that he said “outweigh the benefits of any individual award.”

It was the sort of embarrassing rejection Trump would typically seek to explain away in a tweet, but in this case there were none.

On Tuesday, Trump plans to travel to Alamo, Texas, along the border with Mexico, to highlight progress toward erecting a physical barrier and slowing the flow of immigration, illegal and lawful, into the country. The taxpayer-financed construction, however, is far from the wall candidate Trump had promised in 2016 to build along the entire 2,000-mile border, at Mexico’s expense.

The planned trip came about after aides, hoping to rein in his more self-destructive impulses, urged him to spend the final days of his term celebrating various accomplishments, according to two people familiar with internal conversations at the White House.

But little else is known about the president’s plans for his remaining days inside a White House already mostly hollowed out. While two cabinet officials and a number of aides resigned last week, in disgust over Trump’s incitement of the insurrection at the Capitol, others still technically on the job have been avoiding the West Wing. On Monday a third cabinet official, acting Homeland Security Secretary Chad Wolf, announced he was resigning effective at midnight.

“Those are not exactly the people who are going to rein him in,” said one administration official, speaking on the condition of anonymity. Their encouragement of Trump’s determined lying about the election result, the official continued, is “why he’s in this position in the first place.”

As he’s done throughout his presidency, Trump has continued to solicit advice from friends and former staffers. In recent days, three people who have spoken with the president have painted a picture of an angry, defiant lame duck concerned with his possible legal exposure upon leaving office.

He has, according to one person who’s spoken with him, floated the possibility of preemptively pardoning himself, which would pose a historic test of a president’s powers. In effect, he would be using his office to make himself immune to the country’s laws. Trump’s discussion of a self-pardon was first reported by The New York Times.

But he has also expressed uncertainty, the person said, about whether a pardon would protect him from state charges — it would not — or backfire politically.

Additionally, Trump has had conversations about whether or not to appoint a special counsel to investigate his successor, President-elect Joe Biden, on the corruption allegations related to son Hunter Biden’s business dealings in China, which his campaign had hoped would gain more traction with voters last year.