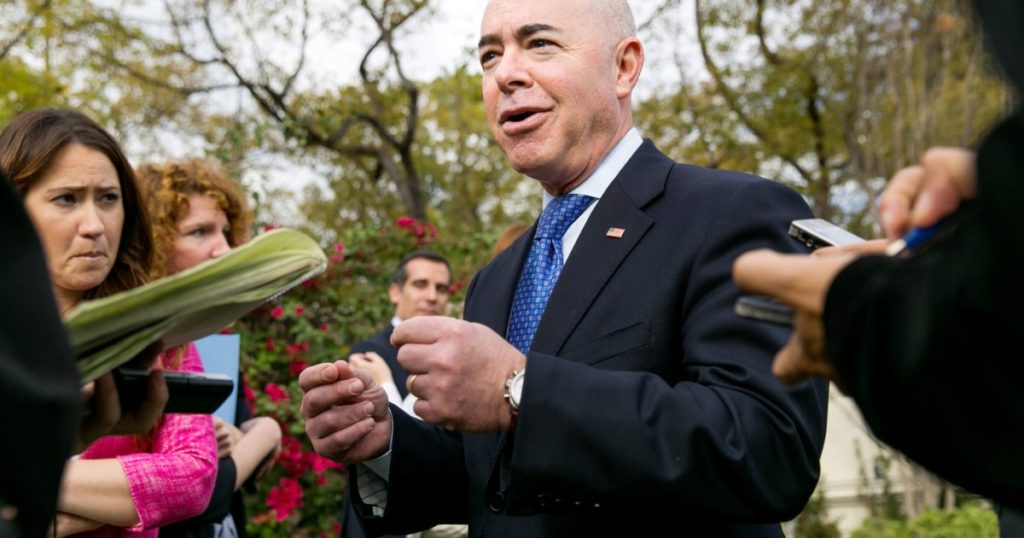 The Trump administration yielded to the reality Monday that the presidential election will not be overturned, finally authorizing the start of formal transition proceedings as President-elect Joe Biden moved to make good his vow to appoint a historically diverse Cabinet.

Soon after Michigan certified its vote for Biden, a major blow to Trump’s efforts to contest the vote, the General Services Administration official who has blocked the transition for three weeks alerted Biden that his team would now have access to the personnel and resources authorized under the law.

The administrator, Emily Murphy, wrote to Biden that Trump had not placed any pressure on her to delay the transition as he fought the election result in court, and that she had made all the decisions around the timing of the transition.

Soon after, Trump tweeted that he made those decisions.

The contradictions came hours after Biden announced that he will nominate the first Latino to run the Department of Homeland Security and the first woman to lead the nation’s vast intelligence apparatus.

Biden is also reportedly poised to nominate Janet Yellen, former chair of the Federal Reserve, as the first woman to ever run the U.S. Treasury. A respected figure with progressives and Wall Street alike, Yellen would help lead Biden’s response to the economy-wrecking pandemic if she is confirmed by the Senate.

Biden chiefly tapped trusted confidants and establishment figures for his inner circle, packing his Cabinet with former senior Obama administration officials with whom he had worked closely.

Absent from Biden’s initial round of Cabinet picks are any partisan warriors. The list is defined by deliberately nonpartisan and noncontroversial insiders who reinforce the president-elect’s inclination to project competence and unity over settling political scores.

The most controversial figure may be Alejandro Mayorkas, Biden’s pick for secretary of Homeland Security. As a deputy secretary of DHS under President Obama, the Cuban-born Mayorkas was a primary architect of the Deferred Action for Childhood Arrivals program and a primary negotiator of the thaw in then-frozen U.S.-Cuban relations.

DACA and the opening to Cuba became top political targets for Trump and other Republicans. But the Senate has confirmed Mayorkas, who attended UC Berkeley and worked as a federal prosecutor in California, three times in the past for his roles in government.

As Biden filled out his administration, Trump’s efforts to overturn the election sputtered. A bipartisan Michigan board certified Biden’s victory in the state and counties in Pennsylvania ignored Trump’s demands that they delay certification of results.

Trump spent another day refusing to concede, but his authorization of the formal transition process, including classified briefings for Biden and his team, came after even some Republican lawmakers urged Trump to acknowledge reality. Unofficial election returns show Trump lost to Biden by 6 million votes and 306-232 in the electoral college.

The Biden transition team declined to confirm media reports that he has chosen Yellen as secretary of the Treasury, saying economic nominees will be announced next week. Yellen would be the first-ever Treasury chief who is not a white man.

At 74, the former UC Berkeley professor and head of the San Francisco Fed bank is well-liked by moderates and progressives in the Democratic Party. She is regarded in the financial world as someone who guided the central bank and provided key economic support during a critical period of recovery from the Great Recession of 2007-2009.

Yellen received bipartisan Senate support when she was confirmed as the first woman to chair the nation’s central bank in 2014. She is a strong advocate for maximum employment and for those on the fringes of the labor market and economy.

As Fed chair, she visited job training centers, spoke often about the need to address economic inequality, and pushed to provide greater support to help disadvantaged workers and communities.

Biden picked Avril Haines as the first female director of national intelligence, the nation’s top spy. She served as deputy national security advisor under Obama and before that as CIA deputy director. The DNI helms the U.S. intelligence community, which has 16 agencies scattered across government.

Biden plans to bring longtime colleague John Kerry into the White House to serve as a special envoy for climate on the National Security Council, reflecting Biden’s pledge to boost U.S. efforts to battle climate change. Kerry was secretary of State from 2013 to 2017 after serving as senator from Massachusetts and the 2004 Democratic presidential nominee.

Biden said that he will nominate Linda Thomas-Greenfield to fill the Cabinet-level post of U.S. ambassador to the United Nations. A Black woman and former U.S. ambassador to Liberia, she was assistant secretary of State for African affairs under Obama.

Biden also said he had picked Jake Sullivan for his national security advisor. Sullivan was deputy chief of staff for Hillary Clinton when she led the State Department, and then was a senior aide in her failed 2016 presidential bid.

Sullivan was credited with helping set up a secret back channel to Iran that produced the ambitious nuclear accord signed by Tehran and the six major powers in 2015. Trump withdrew from the deal in 2018, and Sullivan is expected to look for ways to revive the disarmament deal.

“These individuals are equally as experienced and crisis-tested as they are innovative and imaginative,” Biden said in a statement. “Their accomplishments in diplomacy are unmatched, but they also reflect the idea that we cannot meet the profound challenges of this new moment with old thinking and unchanged habits — or without diversity of background and perspective. It’s why I’ve selected them.”

Except for Kerry and Sullivan, the Senate must confirm the nominations. The names on Biden’s list mark a cautious approach to a hostile, GOP-controlled Senate, where Majority Leader Mitch McConnell (R-Ky.) is threatening to scuttle nominations his caucus deems unacceptable.

Control of the Senate remains in limbo until Georgia holds two runoff elections on Jan. 5. Unless Democrats win both — a longshot — the Biden administration will have to negotiate with McConnell.

“These are people who are highly experienced and they are non-ideological,” Michael Singh, a former national security official under President George W. Bush, said of the foreign policy nominations. “They are pragmatic foreign policy practitioners with a history of working across the aisle.”

The nominations underscored Biden’s aptitude for finding the center, with several of them welcomed enthusiastically by divergent factions in his own party. But there are emerging tensions as prominent voices on the left demand Biden give leadership roles to strident progressives.

Biden ran on a bold blueprint for governing that drew wide buy-in from the left, who were determined to oust Trump. Some progressives now worry that an administration dominated by the Democratic establishment will walk back Biden’s promises to gain Senate support.

“It is about time Democrats decided to quit giving in to bullies,” said Jeff Hauser, founder of the Revolving Door Project, a progressive group that scrutinizes executive branch appointees. “Biden should not be ducking from this fight. You lose every fight you are unwilling to take.”

Biden’s picks show he is seeking both to help advance his ambitious agenda and to bring competence back to key agencies after the chaos of the Trump years.

In Haines, for example, Biden is looking to restore professionalism and nonpartisanship to the DNI’s office, which was rattled by Trump loyalists such as Richard Grenell and John Ratcliffe.

“Anything is going to be better than the last two guys,” said Larry Pfeiffer, who overlapped with Haines at the White House and the CIA.

John Brennan, who headed the CIA under Obama, said Haines “enjoys the complete trust and confidence of Joe Biden, who will look to Avril to restore integrity and honesty at the helm of the intelligence community.” He praised her “superior intellect, humility and legendary work ethic.”

Blinken is a consummate diplomat, polished and telegenic, though so much in the foreign policy establishment that some progressives are uneasy with his appointment.

His approach is likely to contrast sharply with Secretary of State Michael R. Pompeo, who leaves a legacy marked by overt partisanship and policy changes often based on what was politically beneficial to Trump.

Blinken has acknowledged that some Trump-era steps will be difficult to reverse. In the Middle East, Biden does not plan to return the U.S. Embassy in Jerusalem to Tel Aviv, for example, but has said he will work to bring the Palestinians back into negotiations after they were sidelined by Trump.

Blinken would return to a more traditional diplomacy but also says the world has changed enough in the last four years to mandate new approaches. Some continuity is expected on trade and China in substance, if not in tone and temperature.