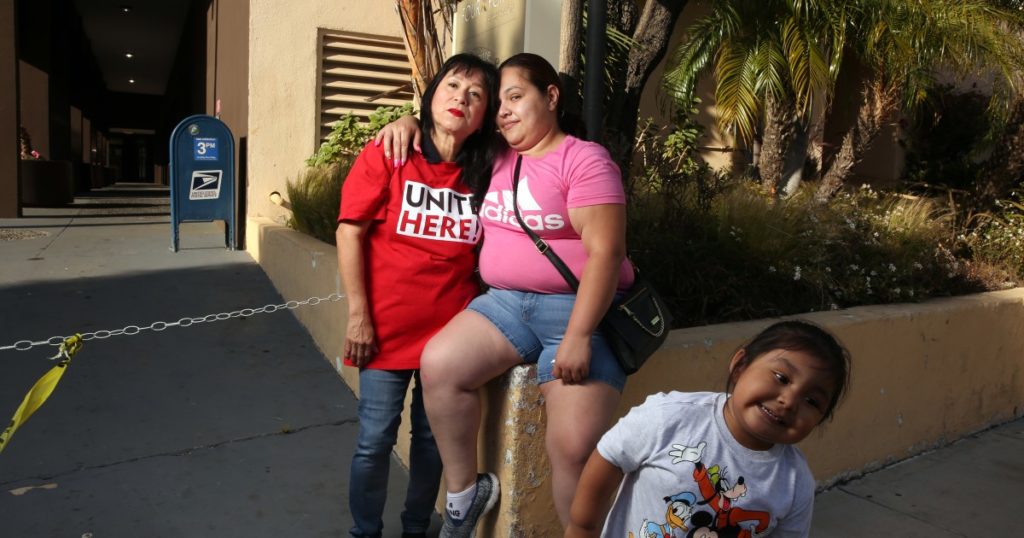 Alejandra Siciliano was terrified of catching COVID-19 while working as a hotel housekeeper. Laid off in March, now she prays for any job to pay the bills.

Jamie Eagen has been home-schooling her 8-year-old throughout the pandemic. The single mother and former office manager needs to work, but then who would care for her daughter?

Janae Franklin, a corporate manager who turned to food stamps after being laid off, has gained a new perspective on work.

The pandemic made her “do some soul-searching,” Franklin said, and even though loved ones urge her to seize any available job, she’s decided to give entrepreneurship a try.

Before the virus took hold, Californians of both sexes enjoyed the same low unemployment rate, 4.1%. But in the last year, women have suffered more: 12% have lost jobs statewide, compared with 10.4% of men.

And as the nation struggles to reopen, many women are grappling with troubling questions: Is it safe to return to work? Can I find a comparable position? What about my unvaccinated children? Do I really want to do what I was doing before?

Economists call it a COVID-19 “shecession,” with disturbing consequences for the American workforce after decades of hard-earned gains by working women.

“No one believes the new normal is going to be exactly like things were before,” said María J. Prados, a USC economist who sees the pandemic as a major setback to the struggle for workplace equality.

Unlike the recession of 2007-2008, when male-dominated sectors such as construction and manufacturing suffered the largest losses, the pandemic-driven recession has especially scythed through service occupations that women tend to hold, such as hairdressing and housekeeping.

A swath of white-collar jobs survived over the last year as lawyers, accountants and software developers worked from home. If they continue to do so, many jobs for women in janitorial companies, restaurants and retailers serving office workers may disappear, economists say.

McKinsey & Co., the consulting firm, predicts it will take 18 months longer for women to bounce back from unemployment nationwide than it will for men, an analysis based on U.S. Census and Bureau of Labor Statistics data.

In the annual Women in the Workplace study conducted by McKinsey and Leanin.Org, released in September, more than 1 in 4 women said they were contemplating downshifting their careers or leaving the workforce completely.

“This is an emergency for corporate America,” the authors wrote. “Companies risk losing women in leadership … and unwinding years of painstaking progress toward gender diversity.”

As pandemic restrictions have eased, women are trickling back to work: About 6,000 returned to California’s labor force in March, but more than a million remained unemployed — compared with 358,000 a year earlier.

Women of color — more than 60% of California’s female population — continue to be the hardest hit.

In March, 13.4% of Latinas, 12.8% of Black women and 12.5% of Asian women statewide were officially unemployed, a definition that counts just those actively looking for work. On the same subject : Ted Cruz goes full movie villain with craven flight to Cancun. That compares with 11.5% of Caucasian women.

On a recent afternoon outside the Four Points by Sheraton Hotel at Los Angeles International Airport where she once earned $17.40 an hour, Siciliano recalled the anxiety of being furloughed in March 2020, brought back to work part-time in August, and then permanently laid off in February — a roller coaster that many experienced as the virus abated and then surged again.

The 53-year-old former schoolteacher said she emigrated from El Salvador more than a decade ago with her 9-year-old daughter after death threats from an extortion gang. A housekeeping job was a step down for a college graduate , but one she treasured for its union-protected wage and benefits.

Siciliano, who is diabetic, said many hotel guests didn’t wear masks. But when asked to return to work over the summer, she didn’t hesitate. She was given two days a week, down from five. “Every day I prayed to the Holy Father to protect me,” she said.

But now, without any work at all, she said, “I don’t know how I can survive.”

Siciliano’s savings, along with government stimulus checks, covered a few months’ bills. Food stamps helped stave off hunger, along with visits to evangelical churches where she would wait as long as four hours to get beans, chicken and canned fruit. She owes $4,000 in back rent and fears eviction from the South Gate apartment she shares with four other family members. Her landlord won’t fill out papers required for government rent relief. Siciliano said he hasn’t explained why.

Others in her household are struggling too. Violeta Osorio, Siciliano’s 25-year-old daughter, was laid off twice during the pandemic. With her disabled father and her husband and asthmatic 3-year-old living in the same space, Osario now doesn’t plan to return to work until her daughter is vaccinated: “I’m afraid of bringing the virus home.”

Los Angeles County’s leisure and hospitality sector jobs are slowly building back. But they remain 27% below their pre-pandemic peak. The sector has shed nearly 150,000 jobs since March 2020.

Nationally and in California, the overall labor force participation of women — which had dropped more than men’s last year — is rebounding. Latinas are a stark exception.

Unlike women in other racial and ethnic groups, Latinas still are exiting the workforce at a faster rate than their male counterparts: In March, California Latinas’ participation rate in the workforce was 3% below the pre-pandemic level, compared with 2.7% for Latino men.

“Latinas are in severe economic despair,” said Mary Lopez, an Occidental College economist. “With lower wages, less savings for emergencies, less access to paid leave or health insurance — they have few resources to weather the pandemic.”

California’s Latinos also are dying of COVID-19 at a higher rate than any other demographic group, according to health officials. Many immigrants live in crowded, multigenerational homes and work in face-to-face jobs in healthcare, retail, meatpacking, warehousing and other vulnerable industries.

Especially for Latinas, “the pandemic brought inequalities to the surface,” Lopez said. “To go back to a job that gave you very little flexibility and very low pay when you could barely afford child care, you might see some of those women come back to the labor force at a slower rate.” 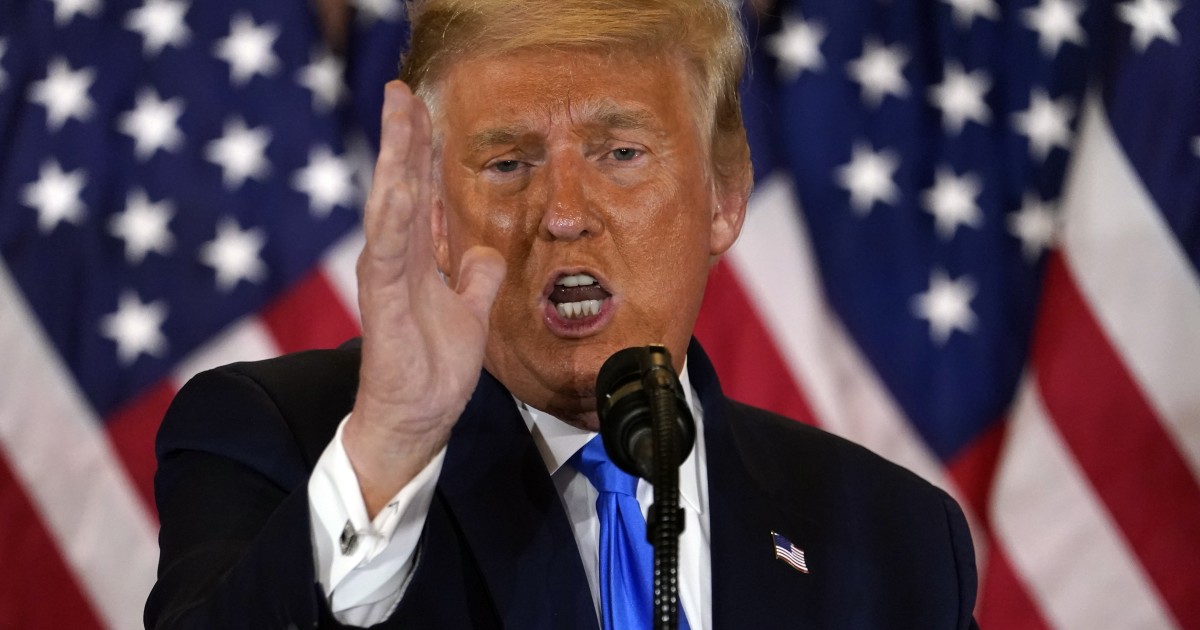 Whether they are low-wage earners or higher-wage workers, studies show women assumed most of the caretaking burden as the coronavirus sickened elderly parents and forced schools and day-care centers to close. The Federal Reserve Bank of San Francisco reported last month that mothers dropped out of the U.S. workforce during the pandemic at a far higher rate than men or than women without children.

That is likely to increase gender disparities, researchers say, since studies show women pay a penalty in lower wages after career interruptions.

When the pandemic hit more than a year ago and schools closed, Eagen stayed home to help her daughter, Marina. Then the law office manager was laid off in June. Read also : Could Trump have produced a different election outcome?. “It wasn’t a job you could clock in and clock out of,” she said.

Marina’s West Los Angeles public school began to reopen last month, but if she returned, she would get just three hours of daily instruction and would need to be picked up by 3 p.m. — making it hard for Eagen, 43, to find a job. “Moms are being forced to choose between the safety and well-being of their children and providing for them financially,” she said.

During months of unemployment, Eagen said, she has “felt trapped, defeated, like a prisoner in my own home.” At one point, as much to get out of the apartment as to earn some extra cash, she posted a plea on the app NextDoor for neighbors to give her bottles and cans, which she and Marina lugged to a recycling center. “It gave me hope that we can do things through community to get by,” Eagen said.

Eagen’s jobless benefits ran out in December, and she has been unable to get an extension because of snafus at California’s employment agency. Now she is fully vaccinated and has begun to talk to recruiters, but said she can’t move ahead without stable child care. With her apartment rent of $2,450 a month, she figured, “I have two months before I financially crumble.”

“Many women may be eager to return to work, with the reopening of schools giving them that option,” said Lynn Reaser, an economist at Point Loma Nazarene University in San Diego. “But for others, the pandemic has highlighted the work-life balance question.” Companies need to offer flexible schedules or risk losing these employees, she said. 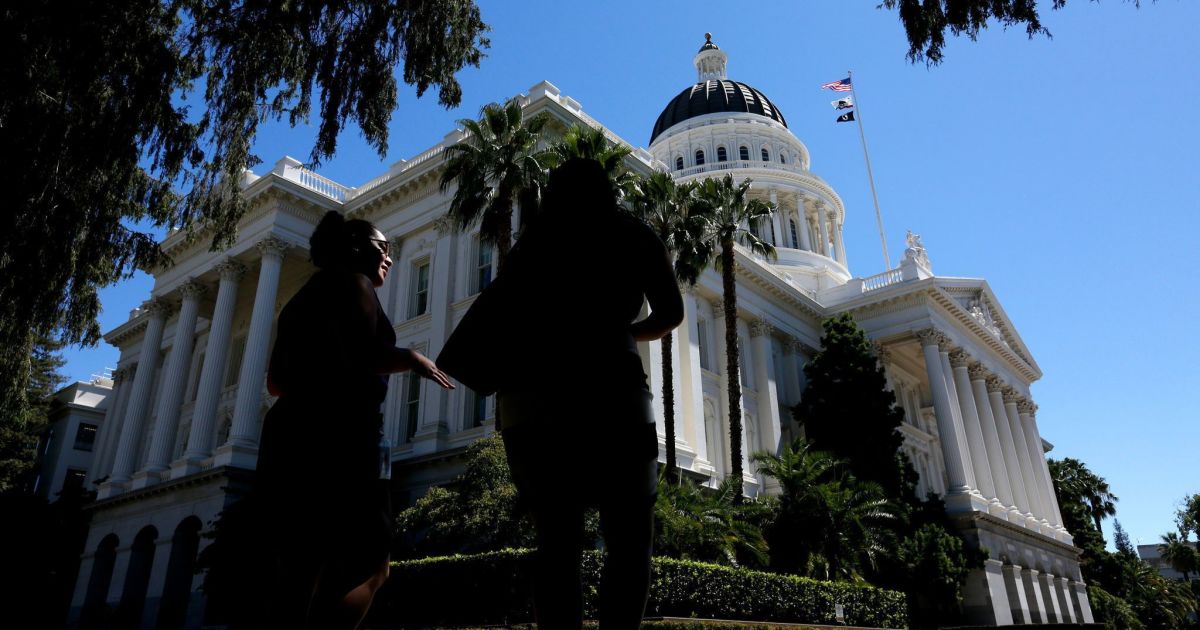 Franklin, 33, who made $60,000 a year as a staffing firm manager in Torrance, is among those having second thoughts about a path forward. This may interest you : Where California Gov. Newsom sent behested payments in 2020.

After she was laid off in July, she began sending out 20 applications a day but got just five interviews in eight months.

Franklin too has been caught up in the dysfunction of California’s unemployment system, and was left without benefits for weeks. Her phone was temporarily disconnected and her car repossessed. Food stamps and county rent relief helped her survive, and her unemployment payments have resumed.

“I’m on Facebook forums where every day you see people saying, ‘I was evicted and I’m living in my car,’ or ‘I just need a place to take a shower,’ Franklin said. “So I’m just grateful I’m not in the streets.”

But as a Black woman, Franklin said, she is tired of dealing with the racial discrimination and micro-aggressions she has experienced at various workplaces.

And with COVID-19 variants circulating, the economy’s reopening feels premature.

Instead of looking for another office job, Franklin plans to grow a beauty supply business she began with a partner shortly before the virus hit. “It’s not to the point of, oh my god, I can be rich and go on ‘Shark Tank,’” she said. “But it helps me feel like my whole world has not dropped off. ”

Brittany Cheng, 31, is also taking a new path. The occupational therapist in Anaheim had planned to return to her job early last year after maternity leave. She found she couldn’t handle telehealth work during the pandemic while caring for a new baby.

Hiring a nanny and going back into a workplace do not seem safe. So Cheng has started her own business offering online parenting workshops. It may not make up for the $70,000 salary she is giving up, “but the pandemic made a lot of people revisit what the important things are in life,” she said.

“In a weird way, it’s been a blessing in disguise.” 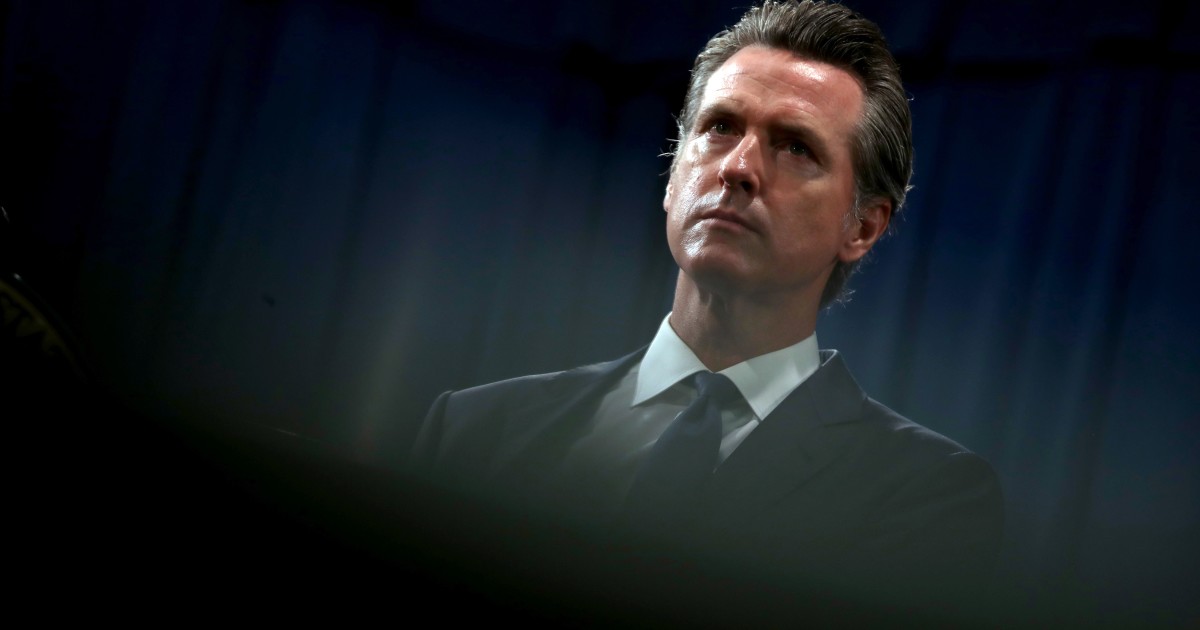 This may interest you :
Newsom recall cost to California taxpayers? $215 million
An analysis released Thursday projects the recall election against Gov. Gavin Newsom…