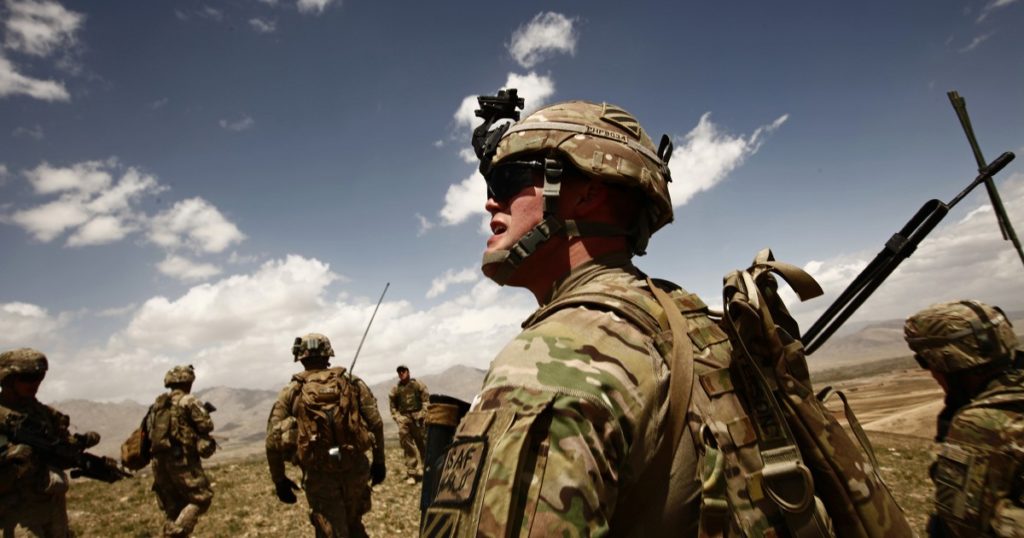 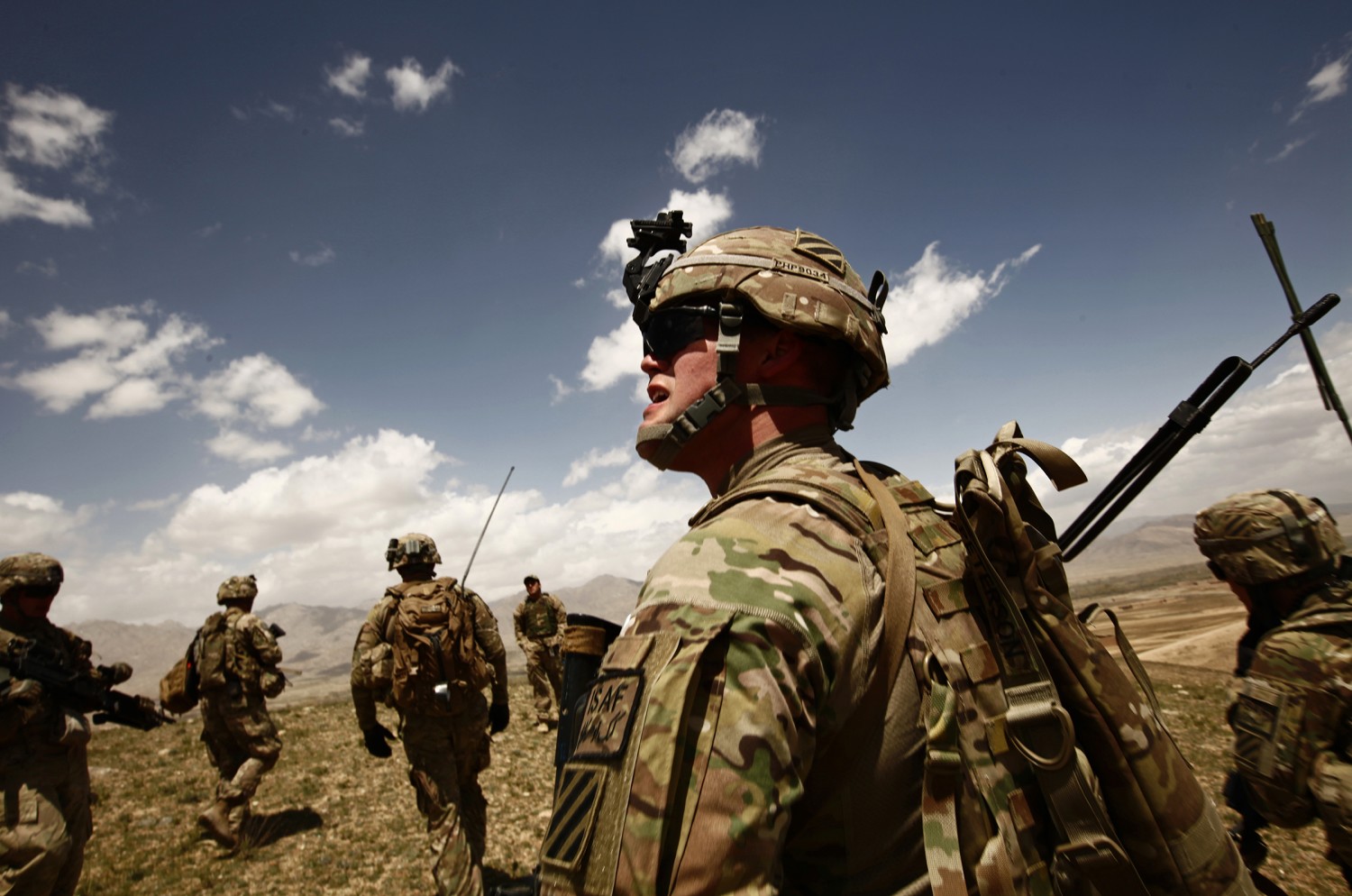 President Biden is under pressure to delay the withdrawal of the remaining U.S. troops in Afghanistan, a decision that has forced a vexing early debate within his national security team about whether ending America’s longest war will plunge the violence-plagued country deeper into chaos.

It’s a decision that Biden inherited from former President Trump, who negotiated a withdrawal timetable with the Taliban but left the final and most difficult step of actually ending the war to his successor.

Though Biden has long favored shrinking the U.S. military presence in Afghanistan, current and former national security officials warn the president that even after nearly two decades in Afghanistan, the departure of U.S. forces there could lead to a resurgence of Al Qaeda, the militant group behind the Sept. 11, 2001, terror attacks.

Biden’s national security team is looking for ways to pressure the Taliban to reduce attacks, break with Al Qaeda and return to peace talks before the final 2,500 troops are scheduled to depart in four months, according to officials familiar with the deliberations.

But senior military and intelligence officials are skeptical about prospects for an Afghanistan peace deal, arguing that Taliban militants have shown little willingness to reduce violence or enter into a power-sharing agreement with the Afghan government, the officials said.

“We believe that a U.S. withdrawal will provide the terrorists an opportunity to reconstitute, and that reconstitution will take place within about 18 to 36 months,” said retired Marine Gen. Joseph Dunford., the chairman of the Joint Chiefs of Staff under Trump. Dunford offered that assessment on Wednesday, during the unveiling of a congressionally mandated study on policy options in Afghanistan.

But Biden faces at least as powerful political pressure not to put off withdrawal indefinitely — from liberals in his party as well as many other Americans who favor bringing troops home — even with the risk that terror groups will grow stronger.

“This is unacceptable,” tweeted Rep. Ro Khanna (D-Fremont) after hearing the study group recommendation to delay withdrawal. “Those who had any part in getting us into this 20 year war should not be opining about keeping us mired in it.”

At the same time, Taliban attacks on Afghan government troops have surged, along with assassinations of government officials and activists. Peace talks between the government and the Taliban that began last fall have stalled, and many Afghans have grown fearful that a U.S. withdrawal will cause the fighting to worsen.

If the U.S. pulls out on schedule, but without progress on a peace settlement, the Taliban is likely to step up its attacks on Afghan troops and suicide bombings in urban areas, officials say.

But an order by Biden to halt the withdrawal is likely to reignite the U.S. shooting war with the Taliban, extending American involvement in the two-decade-old conflict.

Another option is for Biden to announce a delay in the U.S. withdrawal, in hopes of convincing Taliban officials that their only option is to negotiate with the Afghan government.

“It’s going to be a tough call,” said a senior U.S. official familiar with the discussions who agreed to discuss deliberations under the condition of anonymity. “If we stay after the deadline, the Taliban is likely to take that as a sign that we are not leaving and start attacking us.”

The Afghanistan Study Group, a congressionally mandated panel of former military officers, diplomats and lawmakers charged with recommending a future path, called Wednesday for the Biden administration to extend the May withdrawal deadline “in order to give the peace process sufficient time to produce an acceptable result.”

Jake Sullivan, Biden’s national security advisor, is conducting an administration review of the withdrawal agreement signed by the Trump administration and the Taliban last February and is expected to recommend options to Biden within weeks, officials said.

Biden has kept Zalmay Khalilzad, the Trump official who negotiated the deal and has led efforts to push the peace talks along, in his post, a possible sign that Biden hopes to salvage at least some of the Trump exit strategy.

The Trump-Taliban agreement set the May deadline for U.S. forces to leave, along with more than 10,000 Pentagon contractors who play an important role in assisting Afghan troops fighting the Taliban. In return for a hard deadline on withdrawal, the Taliban agreed to halt attacks on U.S. troops, a commitment they have honored.

But Biden administration officials say the Taliban has not complied with other parts of the deal, including a commitment to seek a cease-fire and to prevent Afghan territory it controls from being used by Al Qaeda members. Taliban officials have accused the U.S. of violating the deal in carrying out airstrikes to help Afghan troops — a charge the U.S. denies.

One likely outcome of Sullivan’s review is a renewed U.S. push for a cease-fire, or at least a temporary reduction in violence, between the Taliban and the Afghan government. That would keep alive the prospect that U.S. troops could leave on schedule or close to it, several U.S. officials said.

The Biden administration “is committed to a political settlement in Afghanistan, one that includes the Afghan government,” Pentagon Press Secretary John Kirby told reporters Tuesday. He added that any decision to reduce U.S. troops below 2,500 would be “conditions-based,” a Pentagon term meaning not tied to a fixed timetable.

Defense Secretary Lloyd J. Austin III sounded out the views of Marine Gen. Kenneth F. McKenzie Jr., the top commander in the Middle East, in a telephone call Monday, according to a Defense official.

McKenzie and Army Gen. Austin “Scott” Miller, the top U.S. commander in Afghanistan, oversaw the steep drawdown of U.S. forces last year, but are said by associates to have deep reservations about a full withdrawal.

There are also approximately 8,000 troops from other countries under NATO command in Afghanistan, who would also depart if the U.S. left.

During the presidential campaign, Biden promised to “bring the vast majority of our troops home from Afghanistan” and to “focus our mission on Al Qaeda” and Islamic State, extremist groups with small but entrenched followings in Afghanistan.

He has long argued that if Al Qaeda ever reemerges in Afghanistan — where it mounted devastating terror attacks against the United States 20 years ago — the militants could be dealt with by small special operations teams and with airstrikes, instead of large numbers of ground troops.

As troop levels have fallen, Miller has prioritized maintaining combat units, especially special operations groups, officials said. Many missions once handled by American forces have been halted or handed over to Afghan units. Even the tiny U.S. force levels still in the country are enough to aid Afghan troops and bolster morale, officials say.

If troops were no longer based in the country, the U.S. would have to operate from bases elsewhere in the region, making it harder to gather intelligence and to go back into Afghanistan except for quick missions, some military officials argue.

The Pentagon “acknowledges that the latest force level introduces some limitations on force capacity and on the train, advise, and assist mission,” the report said.

The talks in Qatar, where the Taliban have a political office, broke off in January with each side blaming the other for a surge in violence across Afghanistan.

Biden officials have made clear they intend to back the Afghan government more publicly than Trump officials, who often seemed to view President Ashraf Ghani more as an impediment to a peace deal than an ally.

The White House is also under pressure to not withdraw U.S. forces without first securing the release of American Mark Frerichs, a contractor in Afghanistan who was abducted a year ago and is believed to be held hostage by a Taliban-affiliated group.

The early debate about what to do in Afghanistan is reminiscent of similar deliberations during the Obama administration, when Pentagon officials pushed the president to send 30,000 more troops in hopes of turning around a worsening war. Biden argued against the move but was overruled by Obama.

Andrew Watkins, an Afghan analyst with the International Crisis Group, a nongovernmental organization that researches conflicts, said the U.S. should pressure the Taliban to accept a brief delay in the withdrawal deadline, giving more time for jump-starting negotiations on a diplomatic settlement.

“U.S. pressure will be required to nudge both sides forward into hard discussions on power sharing. A short-term, one-time extension of the U.S. military presence — for six months, say … would add weight to diplomatic efforts to shepherd negotiations beyond their still-early stages,” Watkins wrote in an analysis for the group.

He conceded that “getting the Taliban to accept such a delay will not prove an easy sell.”