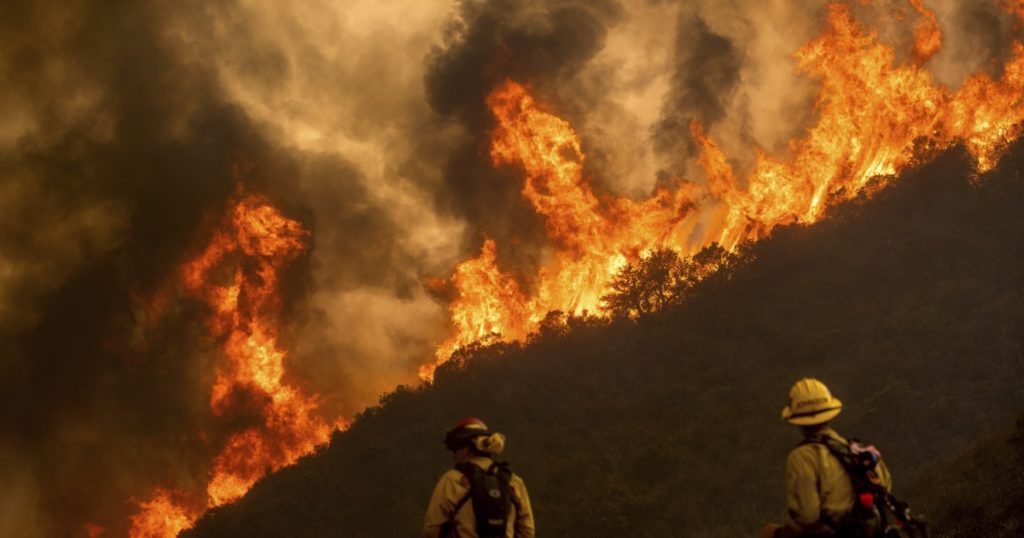 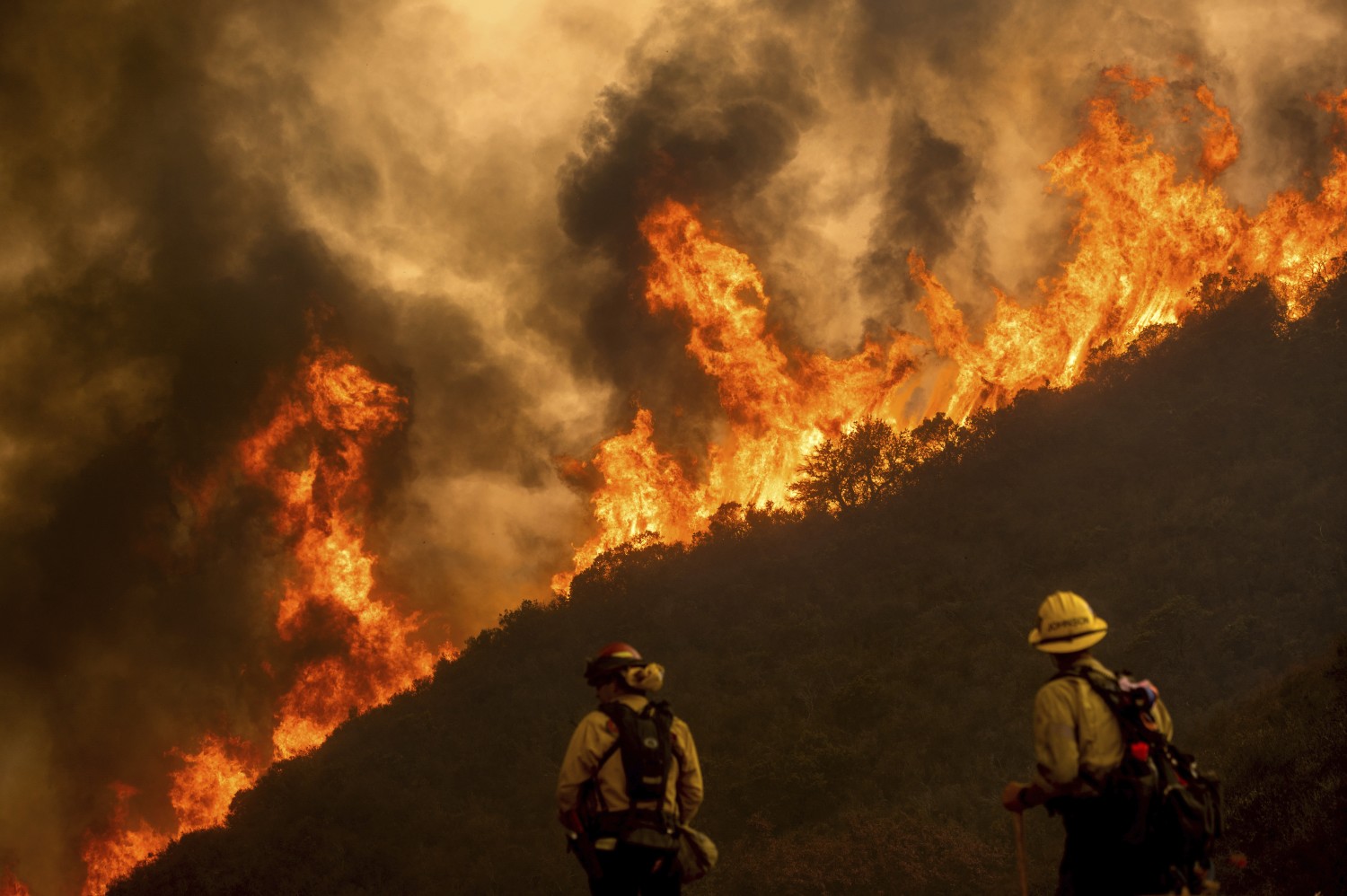 When a brush fire trapped more than 100 hikers and campers last year in the Sierra National Forest, California firefighters needed to know precisely where the blaze was — and they needed to know fast.

They turned to a little-known program called FireGuard, which gave them access to video and images captured by a U.S. military drone. The aerial view of the fire’s exact location allowed for a faster evacuation, likely saving lives.

Since 2019, the nascent FireGuard program has relied on temporary permission from the Pentagon to review classified data collected from a variety of government sources, including U.S. military satellites that search the skies for enemy missiles.

But that access could end as soon as September, just as the Santa Ana winds begin and California’s wildfire season typically becomes more active.

The latest authorization expires Sept. 30, and the Pentagon hasn’t acted on a pending one-year renewal request, or on a separate request from California lawmakers to make the pilot program permanent.

House Intelligence Chairman Adam Schiff (D-Burbank), who is leading the effort on Capitol Hill to save the program, said Pentagon officials are skeptical about extending — or making permanent — a program they view as outside the scope of their mission.

“There’s some reluctance at DOD,” said Schiff, who joined 28 other California Democrats in a December letter urging Defense Department officials to make FireGuard permanent. “DOD naturally has its focus on its warfighting capability and has some hesitance to be pulled in other directions.”

Spokespeople for the Defense Department and the military’s National Geospatial-Intelligence Agency, which shares data with FireGuard, declined to comment.

If FireGuard’s access is not renewed by the end of September, federal and state firefighters could find themselves locked out of a “vastly important” tool, as Phillip SeLegue, Cal Fire’s deputy chief of intel, describes it.

“It’s important for situational awareness, for the alert of a new and emerging fire, as well as the ongoing assessment of fires,” SeLegue said. “Right now we utilize this on an hourly basis.”

FireGuard pulls data from government and military-operated satellites, as well as from drones and on-the-ground sensors and cameras. Images are altered to ensure that the military’s classified capabilities are not revealed as they are shared with the California National Guard, which has a team of intelligence analysts to sift through the information. They are on call 24/7 during wildfire season in California, alerting incident commanders on the fire lines to new developments.

The program began in California with the goal of providing a detailed view of wildfires, updated frequently enough — every 15 minutes — to be almost in real time. The COVID-19 pandemic and catastrophic 2020 wildfire season quickly convinced the fire community of FireGuard’s value. It now operates out of California and Colorado, and shares information with firefighters throughout the nation.

Incident commanders on the ground are “very happy with it. They recognized that they were getting data that they had never gotten before,” said Sean Triplett, a U.S. Forest Service employee who oversees FireGuard.

Triplett said a Pentagon official who has been in touch with his team was “pretty confident” approval would be granted for one more year of access. But permanent access to the data is more complicated.

“We need to come up with solutions and ways to make this program continue,” he said, citing questions about which government agency would house the program, how it would be funded and whether it’s possible to automate some of the data analysis that is handled manually today.

Lawmakers hope to convince the Pentagon to make FireGuard permanent.

“It’s cumbersome that every year Cal Guard has to work with the National Guard and DOD and everyone to get this reauthorization,” said Rep. Salud Carbajal (D-Santa Barbara), a member of the House Armed Services Committee. “We now have year-round fire season, and to be constantly asking to reauthorize this doesn’t make sense.”

Establishing FireGuard as a permanent fixture may reduce flexibility for the Pentagon, which currently has the opportunity to not extend the cooperation through the renewals.

“It’s not a mandate,” said Natasha Stavros, a data and fire scientist and director of the Earth Lab Analytics Hub at the University of Colorado in Boulder. “If we change administrations and new Department of Defense leadership decides not to develop this, it is out.”

SeLegue said he hopes that even if the worst comes to pass, and Pentagon officials end access, FireGuard might be able to continue in a scaled-down fashion using data from other government agencies. In addition to the military’s information, satellite and drone data are collected by NASA and the National Oceanic and Atmospheric Administration, as well as by the private sector and public utilities.

“We ought to use them to the greatest degree we can,” said Rep. Ed Perlmutter (D-Colo.) of the alternate sources of data and imagery. “We have that technology.”

But there is no feasible alternative to replace the program as it operates today, according to SeLegue. Hiring a private company to build a platform to collect this data and comb through it would likely be much more expensive, he said. FireGuard currently costs the U.S. Forest Service about $4.2 million annually, according to the agency.

Military assistance in battling wildfires is not new. But typically, states and federal agencies request help during a defined time period; the assistance might include the use of military airplanes or members of the National Guard to fight a wildfire, said Jay Balagna, assistant policy researcher at the RAND Corp. and a former federal firefighter.

A request for ongoing or permanent access to military intelligence data, as well as the use of National Guard analysts to interpret it, doesn’t fit that mold, he said.

“These two worlds operate closely and cooperate a lot,” Balagna said. “And this is just, I think, a high-tech, new, modern, exciting example of it. But unfortunately, there’s some friction.”

Balagna said the Pentagon may have concerns about getting sucked into what is becoming a year-round job of fighting wildfires.

“Their mission is national defense, and when you start asking things of the military that’s not national defense, they rightly ask whether or not they’re the right people to deal with that situation,” he said.

Triplett acknowledged that the request for military assistance when FireGuard began was “out of the normal.”

“It took a lot of effort to herd this through,” he said, adding that the program has a “great” partnership with DOD.

The effort to secure long-term funding for FireGuard is just one of several wildfire policy proposals lawmakers hope to tackle after years of inaction. The combination of the record-breaking 2020 fire season and the anticipation of a similarly dangerous 2021 has forced them to refocus on national wildfire policy, eroding some of Congress’ past intransigence on the issue and turning it into a bipartisan priority.

“The Western states that are under severe fire danger right now have a very large congressional delegation,” said Rep. Jay Obernolte (R-Big Bear Lake). “We’re all motivated to bring all the resources to bear.”

The Biden administration has signaled more openness to addressing wildfires at the federal level. Though FireGuard launched during the Trump administration, President Trump frequently blamed California officials for the state’s wildfire crisis.

Biden announced earlier this month that he would immediately increase firefighters’ pay to a minimum of $15 per hour for one year. Bills to make pay raises permanent and convert more seasonal positions to year-round jobs have been introduced by Sen. Dianne Feinstein (D-Calif.) and Rep. Josh Harder (D-Turlock).

Rep. Zoe Lofgren (D-San Jose) said she plans to write an expansive bill by year’s end to invest in scientific research into wildfires, including the causes and best ways to fight them. She wants to see modeling of fires on par with that of hurricanes and tornadoes.

“Just fighting fires is not the long-term answer,” she said. “We have to utilize science and technology in a more effective way to predict, to prevent and even to combat this destruction, because unfortunately, climate change is here. It’s not going to get better.”

Other bills under consideration in the Senate seek to reverse decades of U.S. policy that emphasized only fire suppression. They would give the U.S. Forest Service and the Bureau of Land Management more money to set controlled blazes in an effort to avoid larger, life-threatening wildfires.

A proposal to train more workers to set prescribed fires has been gaining support in the Senate, where it’s now included in both Feinstein’s bill and one from Sen. Ron Wyden (D-Ore.). Only one such training program exists in the U.S., and it’s in Tallahassee, Fla. — a landscape that has little in common with California’s forests and shrubland.