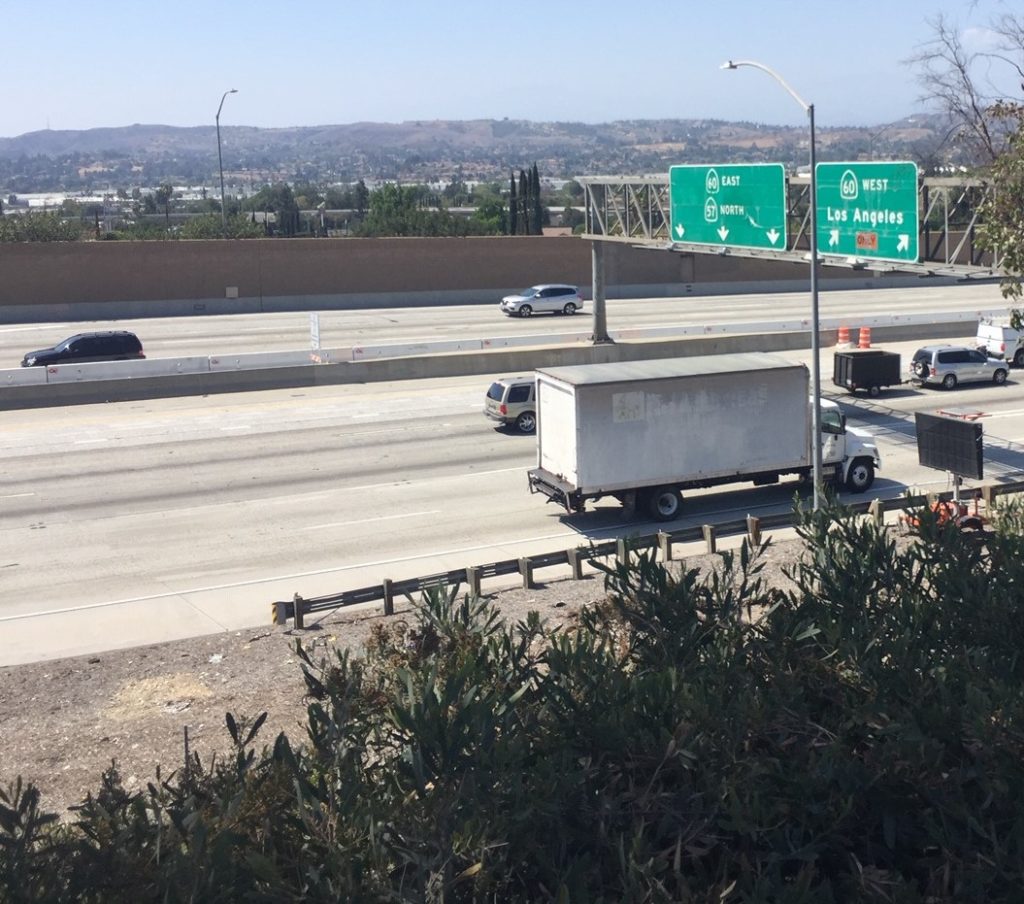 For your weekend reading, here are a few shorts regarding ongoing efforts by Metro and Caltrans to widen Southern California freeways – and the harm that it entails.

Metro recently revamped its website. In addition to making lots of past documentation difficult to get to, the website uses Orwellian language to describe Metro freeway expansion projects as “Less Traffic.”

This isn’t the first time that Metro has made the false claim that its freeway widening projects don’t result in more driving. The local Caltrans district makes this false claim over and over, too.

It’s 2021 and the planet is overheating. It’s time for freeway builders to at least admit to the real harms (and trade-offs and benefits) of their projects, instead of continuing to push tired, pernicious lies. Metro – please fix your website.

New Totals on How Destructive Current 5 Freeway Widening Is

Metro and Caltrans are currently spending $2 billion to widen seven miles of the 5 Freeway between the 605 Freeway and Orange County. Construction started in 2011, and is anticipated to finish in late 2022.

Streetsblog has shared some photos of the large-scale home demolition caused by the widening. It is difficult to get a clear sense for some of the overall parameters of this mega-project, as information is chopped up into various phases, and the original environmental documents are no longer hosted on Metro and Caltrans websites. The widening took out lots of homes, apartments, retail, and other buildings, but the totals were hard to find.

This week, the I-5 Consortium Cities Joint Powers Authority (I5JPA) Executive Director Yvette Kirrin announced that she had obtained the totals from Caltrans. Kirrin provided the statistics to Streetsblog.

The total number of full parcels acquired is 423 – mostly homes that were demolished. Here is the breakdown by project segment:

Many SBLA readers are aware that Metro, Caltrans, and the I5JPA are pushing to keep widening the 5 Freeway to where it intersects with the 710 Freeway in the City of Commerce. The planned next phase (about three miles through the city of Downey – part of the 605 Freeway Corridor Improvement Project – 605CIP) would take out hundreds of homes.

At its July 7 meeting, the board of the Gateway Cities Council of Government (GCCOG) formed an ad hoc committee to come up with recommendations for the future of the Gateway Cities freeway projects, mostly in response to Metro and Caltrans pausing their plans to widen the lower 710 Freeway. The GCCOG “I-710 Ad-Hoc [sic] Committee” is made up of fourteen members of the COG Board and will “focus on community engagement, equity, and effects on the 710 communities, and return with recommendations regarding the future of highway projects in the Gateway Cities.”

The GCCOG ad hoc committee decided that its meetings are open to the public… but SBLA couldn’t find any meeting announcements, agendas, or minutes posted anywhere on the GCCOG website.

The federal infrastructure bill has lots of earmarks setting aside funding for various projects. Southern California transportation earmarks are all $20 million or less – not enough money to make much of a difference for L.A. County freeway projects that tend to range from hundreds of millions into billions.

One L.A. County freeway widening project that did receive earmarked funds is adding capacity to the intersection of the 57 and 60 Freeways, located in Diamond Bar. That project is slated to receive $18 million. It’s a drop in the bucket towards the $770 million project price tag listed in the 2016 Measure M plan.

Caltrans and Metro Demolishing Another Home in Pomona

Eric Duran let Streetsblog know that Metro/Caltrans have evicted one more of his Pomona neighbors to make way for the widening of the 71 Freeway. In July, Duran was one of two households holding out against Metro/Caltrans Pomona demolitions. Duran stated that his neighbors – the one other family that had been holding out – relented to Caltrans pressure and moved out. Duran provided Streetsblog this photo (below) of the now vacant house that Caltrans has begun the process of boarding up.