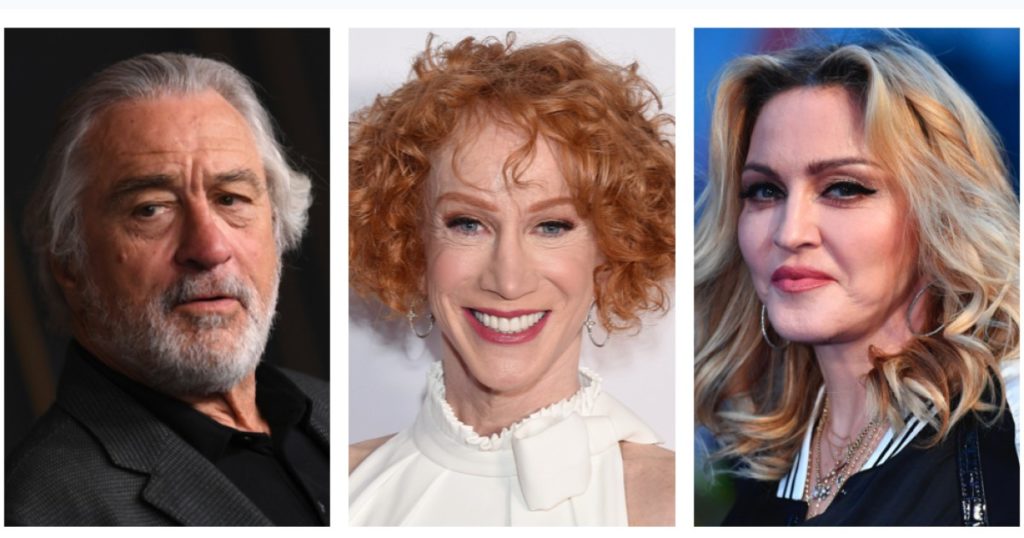 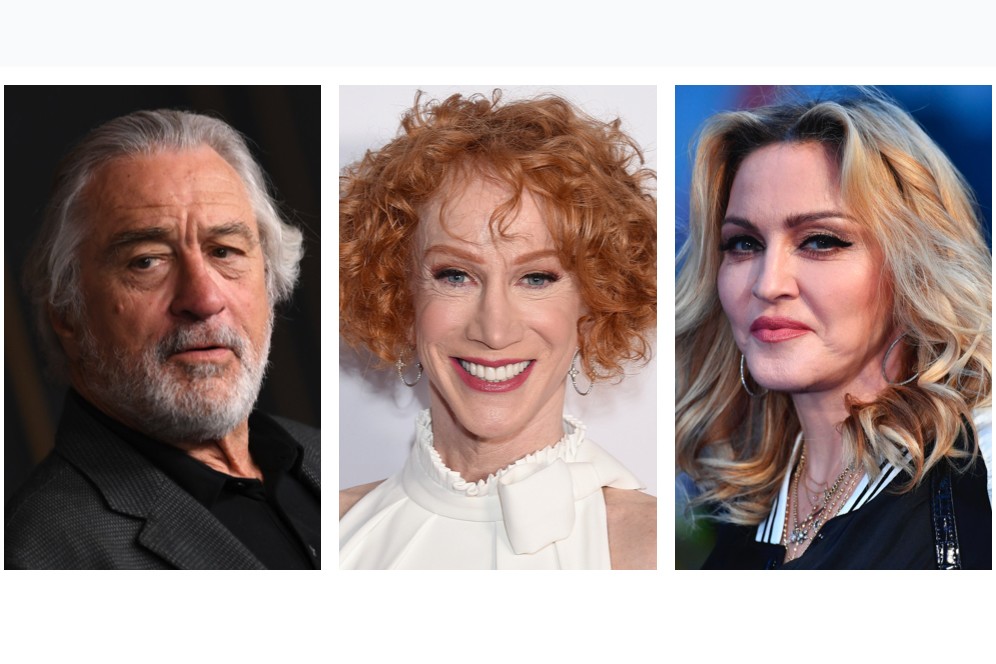 A couple of A-list celebrities and a former D-lister were dragged into Wednesday’s impeachment hearings at the Capitol. They were accused of fomenting the violence ahead of the Jan. 6 Capitol insurrection, which ignited an unprecedented second impeachment of outgoing President Donald Trump just days before his term ends.

Actor Robert De Niro, singer Madonna and comedian Kathy Griffin were given special attention by Rep. Ken Buck (R-Colo.) during his remarks in which he railed against Democrats, whom he blamed for last week’s fatal uprising.

Buck used the straw man fallacy and recounted violent anti-Trump statements made by the stars to make his point.

“[T]he socialists in Hollywood joined their allies in Congress,” the conservative politician argued on the House floor. “Robert De Niro said he wanted to punch the president in the face. Madonna thought about blowing up the White House. Kathy Lee Griffin [sic] held up a likeness of the president’s beheaded head and nothing was said by my colleagues at that point in time.”

Griffin took the remarks in stride, tweeting: “My only take away… ‘Kathy Griffin AND MADONNA.’” She then posted footage of a clip from Buck’s speech and him flubbing her name. Her response: “Kathy LEE Griffin, reporting for duty.”

It’s true that the three celebrities he named haven’t minced words when it comes to their anti-Trump sentiments.

Griffin took part in a gory 2017 photo shoot with photographer Tyler Shields featuring a beheaded likeness of the president-elect. Her career then tanked as many celebrities, sponsors and networks distanced themselves from her socially and professionally. She said she paid deeply and was subjected to a Secret Service investigation because of it.

Then, on election night in November, shortly after Trump falsely claimed that he was winning, Griffin unapologetically resurfaced the polarizing image apparently to prove a point.

Also in 2017, shortly after Trump took office, Madonna said that she had thought “an awful lot about blowing up the White House.”

“Yes, I’m angry. Yes, I am outraged. Yes, I have thought an awful lot about blowing up the White House. But I know that this won’t change anything. We cannot fall into despair. As the poet W.H. Auden once wrote on the eve of World War II, we must love one another or die. I choose love.”

Later clarifying the remarks, the pop icon said, “It’s important people hear and understand my speech in its entirety rather than one phrase taken wildly out of context.” She characterized herself as a nonviolent person who was not promoting violence when she described a “revolution” starting after “good did not win this election.”

As for De Niro, “The Irishman” star said in 2016 that he’d like to clock then-candidate Trump in unused footage for a #VoteYourFuture ad. “It makes me so angry that this country has gotten to this point that this fool, this bozo, has wound up where he has,” he said. “He talks how he’d like to punch people in the face? Well, I’d like to punch him in the face.”

The two-time Oscar winner doubled down in a 2019 appearance on “The View” and in other promotional appearances, expressing his intense dislike for the outgoing president.

A representative did not have a comment from De Niro Wednesday. And a rep for Madonna did not immediately respond to The Times’ request for comment.