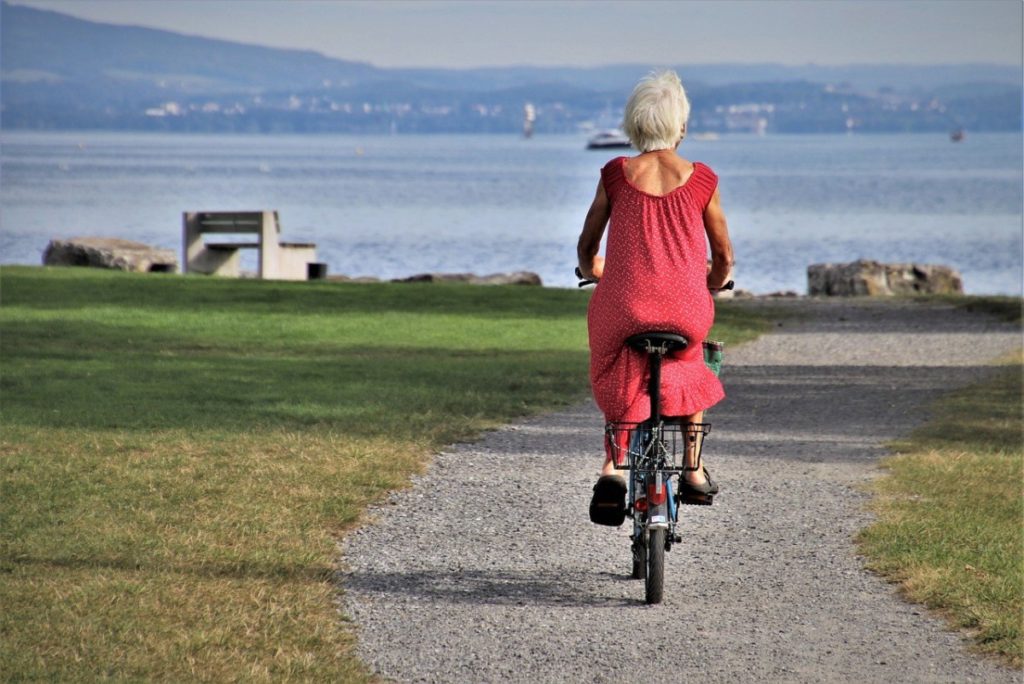 Elders are being left out of the new mobility revolution — and if we don’t learn from the failures of the rise of e-taxis, the transportation challenges of older Americans will only compound with the rise of autonomous vehicles, a new study argues.

A coalition of researchers developed a framework to help transportation providers proactively address the under-discussed barriers that aging Americans face when they attempt to use new mobility services like e-taxis, shared scooters, and bikeshare. But the study’s authors say that there’s even more work to do when it comes to preparing America for the rise of driverless cars — which they say could happen fast, whether we like it or not.

“We’ve heard from a lot from advocates over the years that AVs are going to solve mobility problem for older adults, and we’ve always kind of been left scratching our heads about that,” said Jana Lynott of AARP, which co-authored the report with the Urbanism Next Center at the University of Oregon and RAND Corporation. “But it’s clear that we just have so much funding coming into this space, and possibly a big push from federal government coming in the [new] administration. Unless we really do a better job to explicitly plan and design for the needs of older adults and people with disabilities, this new technology is likely to leave those population groups behind.”

To some extent, it’s already happening. The business models of companies like Uber and Lyft — known to the industry as “transportation network companies” or TNCs — just weren’t designed around the unique needs of elderly populations, only a quarter of whom had ever hailed an app-taxi. (There’s less data available on how many seniors are using scooters, but considering the average age of a Lime rider is just 32, it’s safe to say that most grandmas are probably not hopping on the two-wheeled micromobility bandwagon.)

That could pretend a huge problem if the e-taxi companies succeed in their multi-billion-dollar quest to replace gig drivers with self-driving technology — no matter how much pundits like to claim that the service will be a silver bullet for the mobility challenges of silver-haired elders.

Many of the reasons why new mobility companies have failed to attract seniors have been exhaustively studied — at least at the individual level. But that doesn’t mean that the industry has found answers even for common challenges, like lack of smart phone access (slightly more than half of U.S. seniors don’t have them) and a scarcity of adaptive vehicle options that can accommodate elders who use assistive devices to get around.

Scooter giant Lime made headlines last week when it announced seven new scooter and bike options, including a tandem trike for visually impaired users and an attachment that can turn a manual wheelchair into a power vehicle, but they’re only available in limited markets for now. Shy of a few limited partnerships, Uber and Lyft have also struggled to convince their gig workers to adapt their private vehicles for people who use walkers and other assistive devices; the latter company was even forced to settle a Department of Justice lawsuit last summer that alleged it had violated the Americans with Disabilities Act.

“It’s not because any of these new mobility companies are evil,” said Nico Larco, director of the Urbanism Next Center. “It’s just that for a lot of them, their target audience is largely able-bodied, younger, with some economic ability. They’re doing as much as they can for older adults, at least as makes sense within their business model — and some companies like Waymo really did impress us in their efforts to include seniors. But as soon as you get to the population that it’s hardest to serve, nobody’s really paying attention.”

That hardest-to-serve population, Larco says, includes not just seniors with personal mobility challenges and cognitive disabilities, but also the disproportionate number of elders who live in rural areas, and the roughly half of retirement-age Americans who feel uncomfortable sharing their credit card information over the internet.

And if they do manage to get onto a scooter or into the back of an e-cab, their mobility challenges may not end when their vehicle pulls up to the curb — because they still have to make it from the curb to the door.

“It’s one thing if you’re a senior to get in, say, an Uber to go visit your daughter at her home which you’ve been to a hundred times,” Larco says. “But what happens when you’re dropped off at a clinic appointment at a hospital? What happens if the driver leaves you in front of an unfamiliar medical tower, and you don’t know where you are? How do you safely get from the curb to where you need to go, especially if you’re in a wheelchair and there isn’t a curb cut? There are all these pieces to the trip that, even if you’re arriving in a car — even if that car might, someday, be autonomous — that no one really owns.”

Though it might seem paradoxical at first, some of the most important ways that policymakers can support connecting seniors to new mobility is to improve their access to old mobility, like good sidewalks that pedestrian-centered road design that makes the last ten meters of their journey every bit as safe and convenient as the time they spend in the back of an AV. And Larco emphasizes that no mobility “innovation” will be worth the hype if it undermines the broader transit network that older Americans of all income levels rely on most.

“What we saw with TNCs is that any time where we’re putting more people in individual cars, it increases congestion, it increases VMT — and of course, economically, it’s hard to imagine how moving lots of people around in single occupancy vehicles is ever a good idea,” Larco said. “Whether we’re talking about scooters or AVs, anytime that these new technologies diminish the role of transit, that’s bad news all around.”

To keep transit strong and make sure that seniors aren’t left out of emerging modes, Larco says we’d be wise for the feds to take a stronger hand in steering the next wave of the new mobility revolution — if not pump the brakes.

“To be frank, the autonomous vehicle plan that came out at the end of the last administration was all about how to clear the path about how to get more AVs on our roads,” he added. “It barely talked about who was being served by this mode. All we’re saying is, let’s talk about what path we want to take, and how this mode is meeting our societal goals, for seniors and everyone else — instead of pushing the agenda, and potentially running headlong into what could become a big problem.”