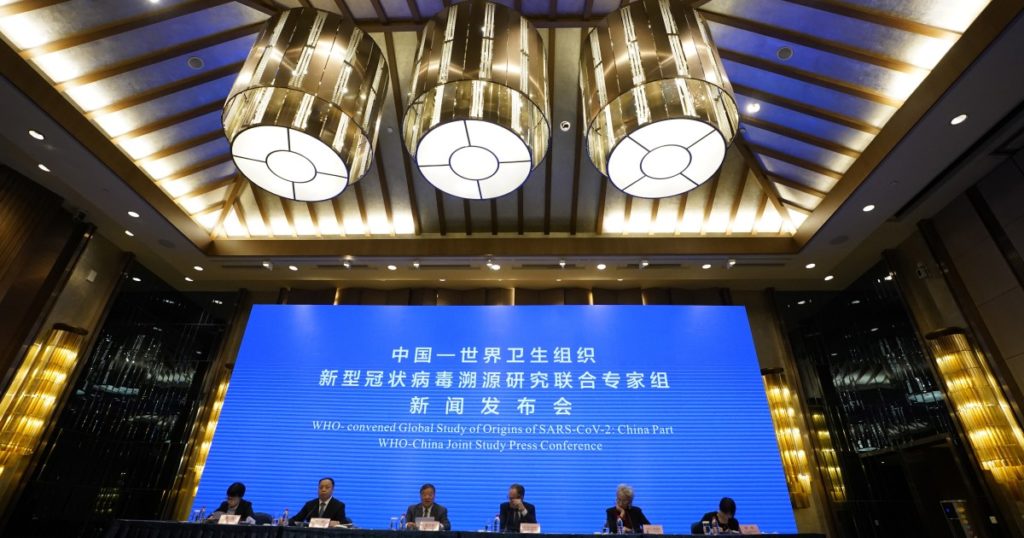 Did the global pandemic seep from a truckbed crowded with animal cages on its way to market? A cave where villagers dig bat guano? A mislabeled vial in a Chinese coronavirus lab?

Those theories have spun into a blame game and a geopolitical battleground. But for scientists, finding the original source of SARS-CoV-2, the virus that causes COVID-19, is key to understanding how to predict, prevent and contain future pandemics that may arise, whether from a leak at one of a growing number of pathogen labs or the accelerating encroachment of humans on the natural world.

Pinpointing the origin of a virus is critical to marshaling a quick response that could save lives and protect economies — especially in the early days of an outbreak. Evidence of a natural spillover would drive efforts to limit human interaction with wild animals and set up a stronger surveillance system. A lab origin would intensify demands for strict international standards for types of research and the conditions under which they should be done.

“The question isn’t who to blame — it’s whether you want another virus to kill millions more people in the next decade,” said Alina Chan, a molecular biologist at the Broad Institute of MIT and Harvard, who has advocated for a deeper investigation into the pandemic’s source. “When your house catches on fire, it shouldn’t be controversial to look closely at how it happened.”

As we bulldoze rainforests, heat the climate and consume exotic species, we run the risk of snipping a thread in a web stretched too thin, unleashing “Disease X” and watching it move nimbly through its new hosts and into us. That’s what happened with Ebola, SARS and MERS. And it’ll happen again.

Disruptive and deadly as they were, those outbreaks failed to dramatically change how we recognize and fight emerging dangers. If a transmission from animal to human proves to have caused the coronavirus contagion that killed 3.5 million globally and robbed the U.S. economy of some $16 trillion, ecologists may finally get the financial and strategic backing to map the planet’s viral landscape, anticipate hot spots, and train teams to recognize early clusters of disease.

Linking early cases of SARS to palm civets led to a crackdown on restaurants serving the delicacy; understanding MERS transmission spurred efforts to develop a vaccine for camels. The threat of bird flu to humans has changed poultry farming practices worldwide. Likewise, if SARS-CoV-2 spread from a wet market or an animal, as most scientists suggest, it would affect future strategy.

So far, though, there is no clear sign of an intermediate host. Of the 80,000 animal samples tested in China, none have contained the virus’ genetic material or antibodies to it.

But evidence of an accidental lab leak would have far different implications, particularly for the almost 60 BSL-4 labs that are planned or operating in 23 different countries. BSL-4 — or biosafety Level 4 — labs have the highest level of biocontainment as researchers are working with dangerous or easily transmissible pathogens.
Only about a fourth of the countries operating, or planning to operate, such labs score well on biosafety preparedness criteria, and more than three-quarters of the labs are in crowded urban settings, increasing the likelihood of an accidental leak.

There is no international oversight or enforceable safety standards governing BSL-4 labs. Even the most stringent biosafety guidelines focus on what happens inside lab walls — not the protocol for field missions to collect samples from risky places including bat caves, where researchers could contract a virus and unknowingly carry it back to the lab or their home.

That scenario suggests how the theories that SARS-CoV-2 came from an interface with nature or from a lab leak aren’t mutually exclusive.

The Wuhan Institute of Virology at the center of the debate is home to some of the world’s leading virologists, regarded among the frontrunners of pandemic prevention. But in 2018, the U.S. State Department expressed concern over safety at the institute. A year later, lab workers were reportedly hospitalized with COVID-19-like symptoms. A lab leak hypothesis doesn’t suggest sinister intent or even incompetence, but it does underscore that accidents among staff do happen.

Even some scientists who favor the natural origins theory argue for a fuller investigation because they believe it would set a precedent for better scrutinizing dozens of other labs in the U.S., Russia and elsewhere. Forgoing the inquiry would send a dangerous signal: Accountability isn’t guaranteed.

Among those pushing for further investigation is Ralph Baric, a coronavirus researcher at the University of North Carolina who has collaborated with the institute in the past to create an artificial coronavirus that infected human cells. If it proves that a virus — even an unaltered one — slipped out of the lab, it could lead critics to argue that the risks of the experiments outweigh the benefits.

The trail to the origin of the virus has been overshadowed by geopolitics stemming from China’s reluctance at transparency. The historical record has been compromised from the start. For 18 months, the Chinese government has silenced critics within its borders, hiding vital scientific data and leveraging vaccine diplomacy in an attempt to control the narrative. But Beijing’s version of events might be further challenged after President Biden recently ordered U.S. intelligence agencies to investigate the outbreak.

The World Health Organization’s reputation, too, is on the line, after an investigation in which its team, half of them Chinese delegates, spent only three hours of a monthlong mission at the lab. Only four pages of the WHO ‘s 313-page report spoke to the possibility of a lab leak, ranking such a scenario below the suggestion that the pandemic began with frozen food.

The United States isn’t immune to the repercussions of the findings, either. American nonprofits such as the EcoHealth Alliance have given taxpayer-funded sub-grants to the Wuhan Institute of Virology for coronavirus research, and U.S.-based microbiologists have long collaborated with them. If the global pandemic is eventually traced back to the institute, the United States could share in the blame.

Pandemics are rare. To avert the next one, epidemiologists will only have about half a dozen historical data points to work with. Understanding the pathway of SARS-CoV-2 is crucial to prioritizing prevention measures in the future.

Early on, the lab leak hypothesis was conflated with a blend of other theories, including a biological weapon leak or even an intentional pandemic. Former President Trump’s comments on it — coupled with a surge of anti-Asian racism — veered the debate away from science and into conjecture and politics.

But to date, the publicly available data have not revealed the genesis of the virus.

Disturbing as it may be, SARS-CoV-2 — with its low death rate compared with other lethal viruses and tendency to spare young children — was not the worst-case scenario. The next pandemic could be different, and the potential culprit is out there — in a rainforest ecosystem, a trading market or a laboratory freezer. Vital months were lost after the coronavirus outbreak, and we may never know all the details. But public health makes it clear that we should want to know.