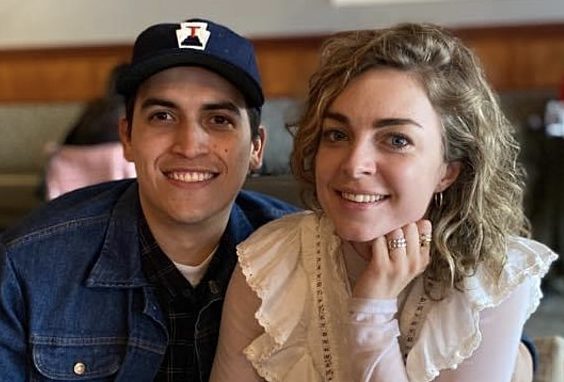 The driver of a Chevy Avalanche ran a red light on Tuesday, May 18, at the intersection of Polk and Hayes. He plowed into another car and then into the crosswalk, killing Lovisa Svallingson, 29, and severely injuring Danny Ramos, 30.

As previously reported, a witness estimated the hit-and-run motorist was doing 50 mph in a 25 mph zone. The owner of the car, Virgil Woods of San Francisco, later reported the car stolen and was arrested as the suspect in this act of homicidal traffic violence.

Perhaps some of the bureaucrats at SFMTA (and their political masters on the board of Supervisors) should be arrested as accessories.

If that seems excessive, read this email exchange between SFMTA officials (PDF) obtained by advocate Zach Lipton, who lives near the intersection and saw the aftermath of the crash. “I didn’t see the impact, but it was a pretty horrible scene,” he told Streetsblog.

According to the emails, the driver of the Avalanche used Polk’s unprotected, southbound bike lane to drive around a line of cars stopped at the red light. In other words, the compromised, unsafe design of the intersection directly facilitated this crash.

This shouldn’t surprise anyone studied in street safety (how many times has Streetsblog begged traffic engineers to stop using unprotected bike lanes and mixing zones on busy streets?). A bike lane that does not protect cyclists with parked cars, concrete, or something solid is an invitation to a drunk, inattentive, or psychopathic motorist.

Also in the emails, Joel Ramos, SFMTA’s Local Government Affairs Manager, asks Bryant Woo, an engineer at the agency, about an obvious remedy for preventing a repeat of the tragedy:

Would it be feasible to remove the parking on the west side of Polk between Hayes and Dr. Tom Waddell Place (formerly Lech Walesa), and install a curb protected bike lane, like what is protecting the contra-flow lane on Polk on the east side of the street? If such a curb protected bike lane was there, perhaps the driver would not have been able to enter the bike lane the way they did without any obstruction.

The response from Woo (Streetsblog added the italics and bold text for emphasis):

At first glance, no for a couple of reasons:

1. Parking loss has historically been a big issue when trying to establish any bike infrastructure along Polk. The current contra-flow bike lane was no different. Displacing an existing blue zone next to a clinic would be particularly sensitive.

2. This is a reasonably popular right turn from SB Polk to WB Hayes, so more likely the space would be taken up by a right-turn lane rather than an island. Separate turn signals, separate bike signals, etc. (like we already have on Polk further north) would be the most likely design.

So there are engineers at SFMTA who still think that a turn that is “popular” with motorists can’t be adjusted, even to save lives? And that proper bike lanes that protect both cyclists and pedestrians are impossible because of parking sensitivities? Surely he has heard of pedestrian boarding islands, such as the ones used on Valencia, SoMa, and elsewhere to facilitate loading when there’s a protected bike lane.

“This was a crash where a homicidal driver drove into the unprotected bike lane—one every cyclist knows in this city is an enormous danger—to run a red light, and the immediate initial response from SFMTA is to worry about a half dozen parking spaces,” commented Lipton in his thread.

Meanwhile, the SFMTA’s “Rapid Response” team, also mentioned in the email exchange, is planning to paint an “advanced limit line for SB Polk at Hayes”  and will “restore striping where damaged by utility work.”

The simple fact is if not for the lackluster designs along most of Polk Street and the watering down of safety measures, there would be protected bike lanes and protected intersections on both sides of the street. And if Dutch designs had been implemented when Polk was last rebuilt, this tragedy would have been far less likely.

“I’m not expecting a serious redesign to happen overnight, but when SFMTA staff’s first words are ‘parking loss’ and not ‘let’s see how we can design a protected intersection where this can’t happen again,’ I have zero confidence it will get better,” wrote Lipton.

“If the city’s not going to respond appropriately to a traffic death a block from City Hall, where will it act?”

Walk San Francisco is holding a vigil at 7 p.m. at the intersection, tomorrow, Thursday, May 27.