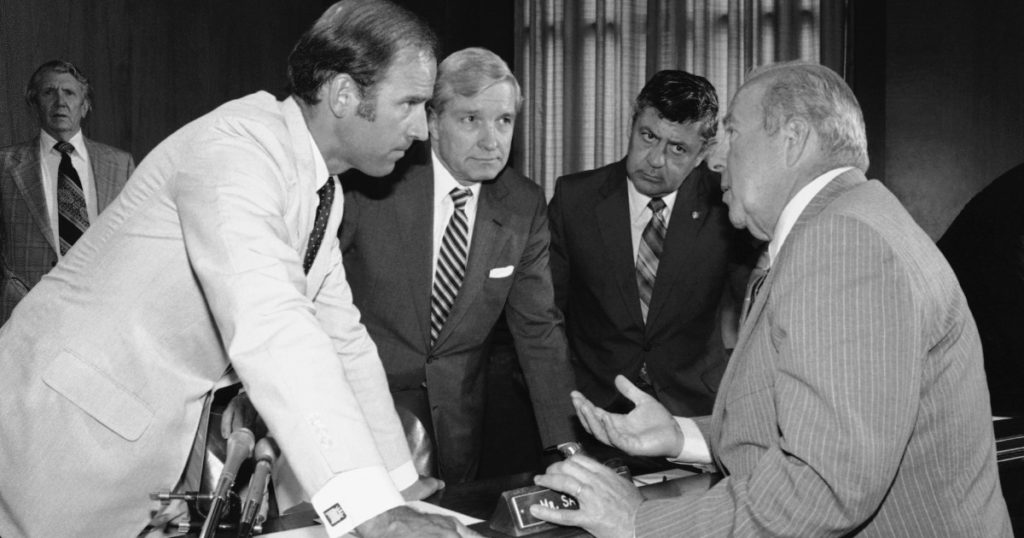 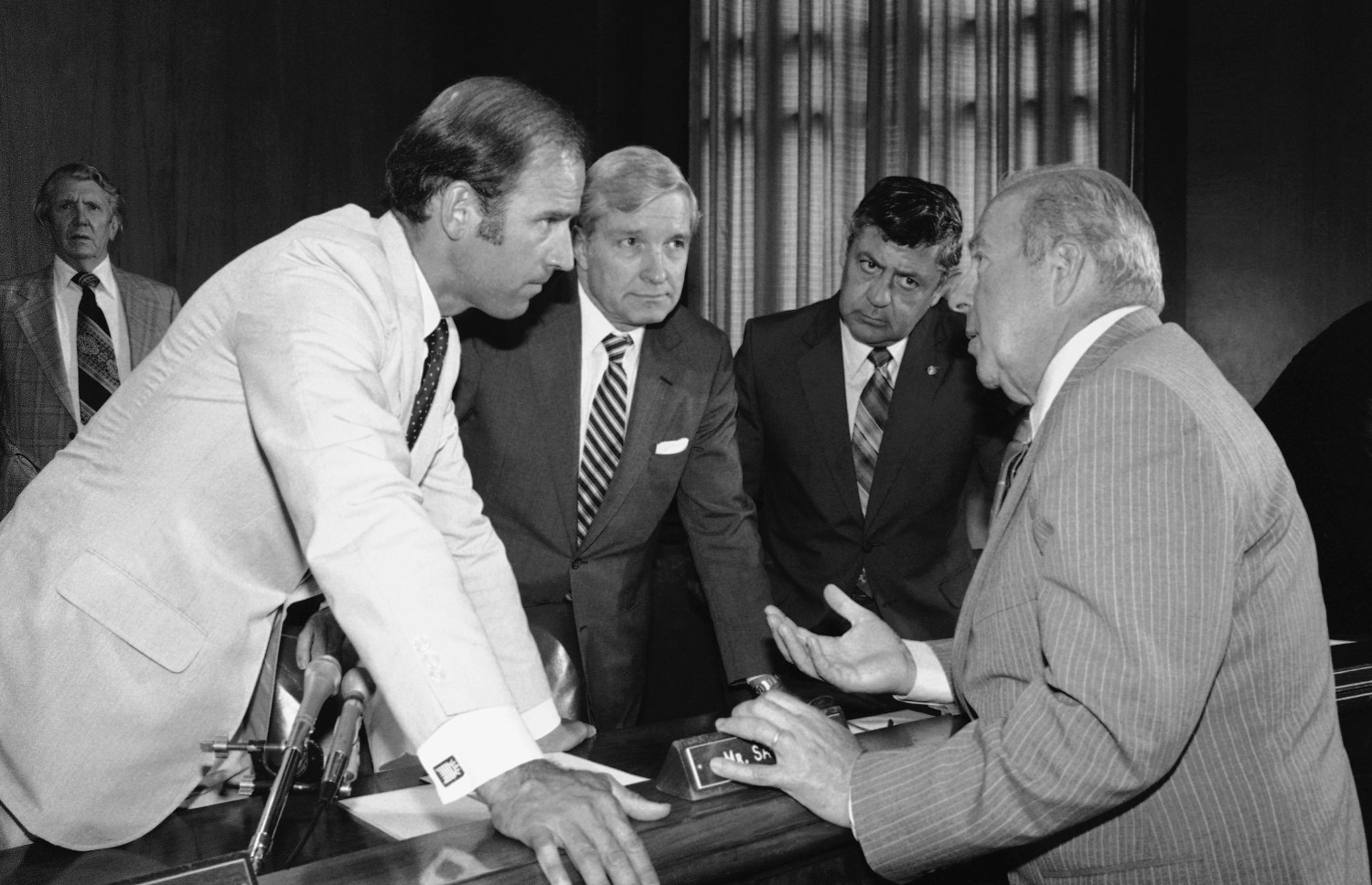 When foreign policy scholars list the best secretaries of state of the last half-century, the usual choices are Henry A. Kissinger, the brilliant but amoral strategist who arranged Richard M. Nixon’s opening to China, and James A. Baker III, the deft tactician who helped George H.W. Bush complete the process of ending the Cold War.

But there’s another candidate — and, in my view, a stronger one — for the most consequential diplomat of modern times: George P. Shultz, who died Saturday at the age of 100.

The stolid, plainspoken Shultz wasn’t a celebrity like Kissinger or a silky operator like Baker, but his achievements were just as great — and he accomplished them under more difficult conditions.

He pushed to limit nuclear arms and to keep human rights a major goal of U.S. foreign policy at a time when that concept was still new. And as much as any American, he deserves credit for making the end of the Cold War possible.

When Shultz became secretary of state in 1982, the United States and the Soviet Union were mired in bitter confrontation, including a nuclear arms race that raised fears of war on both sides.

But alone in Reagan’s Cabinet, Shultz recognized that the president, who had denounced the Soviet Union as “an evil empire,” genuinely wanted to reduce the danger of nuclear war.

Through conversations with Soviet officials, Shultz also detected interest in détente in Moscow, even before the reformist Mikhail S. Gorbachev came to power in 1985.

And he struck an unusual alliance with Nancy Reagan, the president’s wife, who wanted her husband to go down in history as a peacemaker, not a warmonger.

The result was years of negotiations that produced landmark agreements on arms control and massive policy shifts on both sides.

By the time Reagan and Shultz left office in 1989, the Cold War was effectively over. Ten months later, their successors, Bush and Baker, would watch as the Berlin Wall fell, but Reagan and Shultz had made it possible.

That wasn’t Shultz’s only achievement. He kept human rights, which Democrat Jimmy Carter had put high on the U.S. foreign policy agenda, as one of his priorities; not all Republicans agreed. Shultz pursued the issue not only in negotiations with the Soviet Union but also in several countries friendly to the United States. In 1986, when Ferdinand Marcos tried to stay in power as president of the Philippines by stealing an election, Shultz persuaded Reagan to nudge the longtime U.S. ally into exile.

He was faulted — including by Joe Biden, then a U.S. Senator — for treating the white regime in South Africa too gently, although even there, he met with Oliver Tambo, leader of the outlawed African National Congress, and urged the government to release imprisoned black leader Nelson Mandela.

Shultz also rescued Reagan from his worst instincts after the president authorized secret weapons sales to Iran in hopes of buying freedom for Americans held as hostages in the Middle East.

Other aides persuaded Reagan that the arms deals, which violated U.S. policy, should continue even after they touched off a full-scale scandal. Shultz dug in his heels and insisted that the sales stop, saving the administration from further embarrassment.

Bottom line: If Reagan is remembered as a great foreign policy president, he owes much of his reputation to the patient, often unspectacular work of his secretary of state.

And Shultz had to accomplish all that in an administration that was divided and dysfunctional, under a president who often needed convincing.

Reagan was a man of strong instincts, but he was famously inattentive to detail, and he presided over a team of often bitter rivals. “Sometimes in our administration, the right hand doesn’t know what the far-right hand is doing,” the president once joked.

Making policy often turned into “a kind of guerrilla warfare,” Shultz wrote in his memoirs. Defense Secretary Caspar W. Weinberger and CIA Director William J. Casey tried to block Shultz’s attempts to negotiate with the Russians. Republicans in Congress attacked his arms control agreements as giving away the store. Conservative columnist George F. Will wrote that Reagan and Shultz appeared to have “lost the Cold War.”

Weinberger and Casey urged Reagan to fire Shultz, or at least sideline him. Even Nancy Reagan, angry at Shultz’s dissent over the Iranian arms sales, briefly turned against him. He offered to resign three times, but Reagan refused.

Shultz’s tenure wasn’t perfect; he made serious mistakes. He supported an ill-advised deployment of U.S. Marines to Beirut that led to 241 deaths when their barracks was bombed. He backed Reagan’s policy of supporting anticommunist insurgencies in Nicaragua and Angola, wars that achieved little good but cost thousands of lives.

But he got it right on the biggest challenges: ending the Cold War, keeping human rights as a priority and putting diplomacy on an equal plane with military strength.

In his office at Stanford’s Hoover Institution, Shultz displayed photographs from his career — the ones you might expect: handshakes with Reagan, Gorbachev, other world leaders. But the one he often pointed out showed him dancing with Ginger Rogers, the film partner of Fred Astaire.

“For the first two minutes, I could swear I was dancing with Fred,” her inscription reads.

Shultz didn’t have to do his job, as Rogers did, “backwards and in high heels.” But figuratively, at least, he came pretty close.