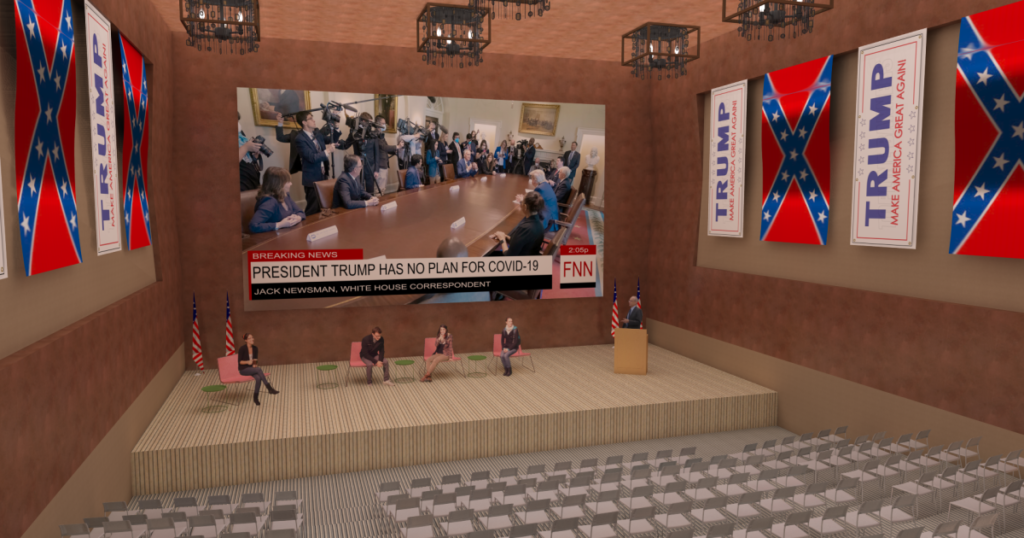 With President Trump having lost the election (regardless of what he said in that rambling 46-minute video), the debate now moves to design: namely, which firm will design the Trump Presidential Library — if there is one.

Already this is the subject of joyously irreverent Twitter conjecture. Among the names pitched: bad bro Danish architect Bjarke Ingels (the guy who seems intent on master-planning the planet even though no one ever asked him to) and L.A. real estate developer and Trump donor Geoff Palmer, who knows a thing or two about constructing gaudy carceral landscapes.

One scholar hilariously imagined that Trump’s library will be designed by the infrastructure and engineering firm AECOM, working off a “mood board” devised by Justin Shubow, president of the National Civic Art Society. Shubow is better known as the guy who keeps shoving Neoclassical architecture down everybody’s throat.

Thankfully, you need not imagine the Trump Presidential Library any longer, because an anonymous architect has done the work for you — and he or she has put the renderings online at djtrumplibrary.com. The design concept includes a “COVID Memorial” with reflecting pool, an “Alt-Right Auditorium” lined with Confederate flags and exhibitions such as “Tax Evasion 101″ and the “Hall of Enablers.” The library’s suggested location: on the U.S.-Mexico border in Nogales, Ariz.

The designs, of course, are facetious. But in their presentation, they cheerfully skewer the visual language of architectural renderings, in which everything is bathed in glorious Vaseline-lens light. They also take down the breathless, propagandistic language of presidential libraries. Sample text: “The Wall of Criminality, funded completely by the state of Mexico, is one of Donald J. Trump’s greatest achievements. This exhibit chronicles Trump’s crusade against the many bad hombres he has crossed paths (and streams) with.”

The site was designed by a licensed New York City architect, with the assistance of a few friends who pitched in with writing and graphic design. The architect took time out of a busy pandemic schedule to answer a few questions about the design concepts — albeit anonymously, since, gags aside, this person would very much like to continue working in the field.

What were your aesthetic inspirations for the Trump library?

As a New Yorker, I have seen and experienced a lot of Trump’s buildings. We are not trying to copy his aesthetic. His aesthetic is extremely gauche. We don’t want to make everything gold plated. It’s mostly a glass volume, which is much more transparent than anything in his administration.

What are some of the textures and materials you employed in your design proposal?

We designed it fairly starkly. It’s a very antiseptic sort of space. It’s glass and concrete … but there are different finishes. For example, the Cor-Ten steel that we’ve encased the Alt-Right Auditorium in. Cor-Ten already looks beat up and rusted — and there’s no better material for people whose ideas were at an apex in the 1830s.

I was surprised that the design doesn’t contain any reference to Neoclassical architecture — say, an adjacent condo tower inspired by Nero’s Domus Aurea. Will there be Corinthian columns somewhere?

No, there will not. [Trump’s] buildings are very dull. So this is a simple volumetric massing that is very banal. The architecture should match the man.

Tell me about the building’s location in Nogales.

It’s 199 E. International St. If you click on the link, it goes directly to the [border] wall. We renamed it 1 MAGA Lane. The concept is to build the library into the wall, but zoning would probably preclude that. I don’t want a setback. I want the wall to be on the wall.

So you don’t want to build the wall. You want to take advantage of it structurally.

Absolutely. Waste not, want not.

Will the Trump Presidential Library contain any actual books?

That’s a question we get a lot. The first floor will have a criminal records room and we will keep some copies of “The Art of the Deal” around. But how do you design a library for someone who doesn’t read? That is the joke. 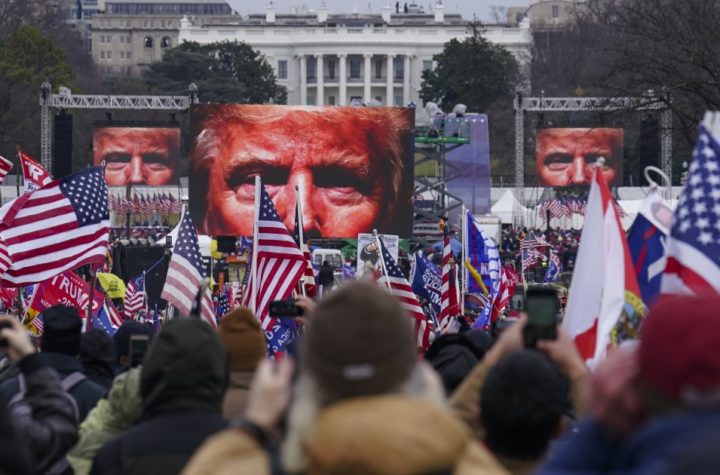