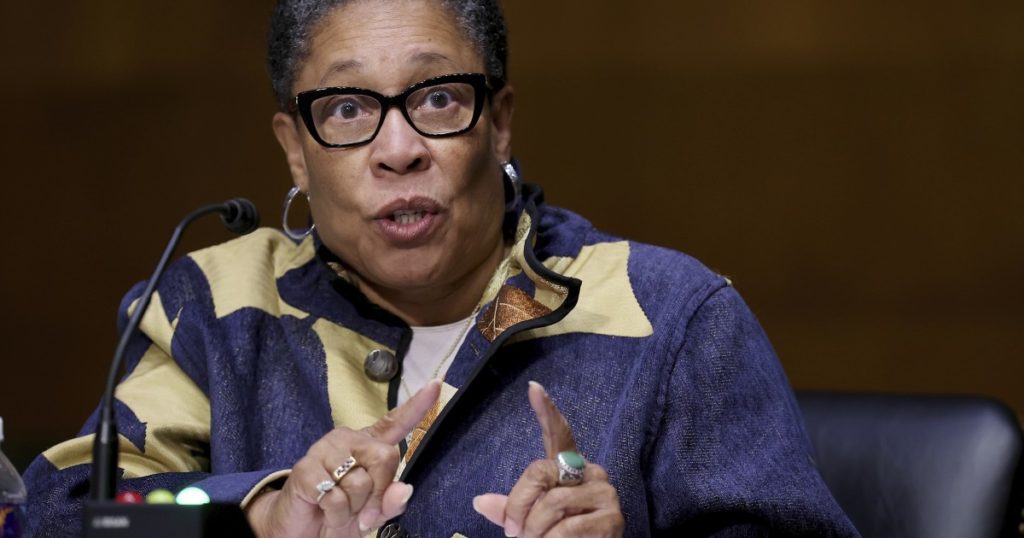 The Biden administration on Wednesday unveiled a plan to expand housing affordability through a slew of policy shifts projected to create and rehabilitate more than 2 million housing units, including 1 million rental units, nationwide as millions continue to find themselves priced out of the market, which surged throughout the COVID-19 pandemic.

As of July, the median home price was $359,900, an 18% increase from last July, according to the National Assn. of Realtors. Researchers at the federally backed mortgage buyer Freddie Mac estimate that the United States is 3.8 million homes shy of what is needed to meet demand.

The Biden administration announced moves that would create, preserve and sell nearly 100,000 affordable homes over the next three years.

Officials also said the administration would move to make more single-family homes available to individuals, families and nonprofit groups, rather than large investors who often convert units into rental properties, as well as to expand mortgage availability through Freddie Mac and its sibling Fannie Mae for certain units.

The administration also announced efforts to use federal subsidies and tax credits to increase construction in economically vulnerable neighborhoods.

The White House said it would use incentives to reduce exclusionary zoning at the state and local levels. These zoning ordinances often mandate minimum lot sizes and ban all but single-family homes on residential lands, which drives up housing costs because it limits the supply. That disproportionately prices out Black and Latino people from buying homes, experts say.

The federal efforts echo moves already underway in California. Lawmakers on Monday gave final passage to a bill that would allow more units in neighborhoods now zoned only for single-family homes. State agencies are also purchasing buildings in hopes of plugging the state’s affordable housing shortage.

The Department of Housing and Urban Development also announced a plan to revive a program with the Treasury Department through its Federal Housing Administration to help states, which would provide low-cost capital through state housing financing agencies for the development of affordable rental housing.

Officials anticipate around 20,000 affordable rental units to be created or preserved through 2027, according to a HUD news release.

Biden “promised to dramatically expand our nation’s supply of affordable rental housing, and today we are delivering on that commitment,” Housing Secretary Marcia L. Fudge tweeted Wednesday. “We will continue to pursue bold actions to create and preserve affordable homes for all Americans.”

One consequence of the COVID-19 pandemic is a shift in housing preference. Many people swapped cramped apartment city living for more spacious suburban houses as they anticipated spending extended time at home to avoid being exposed to the coronavirus.

But the White House Council of Economic Advisers cautioned that the housing shortage existed well before the pandemic began.

“[While the] pandemic may have transformed preferences and caused supply chain disruptions, it did not create the underlying supply constraints in the housing market, which have decreased the stock of rental homes and homes for sale,” according to a blog posted by the council Wednesday.

Diane Yentel, president of the National Low Income Housing Coalition, a Washington-based advocacy group, lauded the administration’s announcement. “The country’s affordable housing crisis requires multifaceted solutions — there is no silver bullet solution,” she said in a statement, adding that Wednesday’s actions taken together “can have a meaningful impact on the housing affordability challenges of lower-income people.”