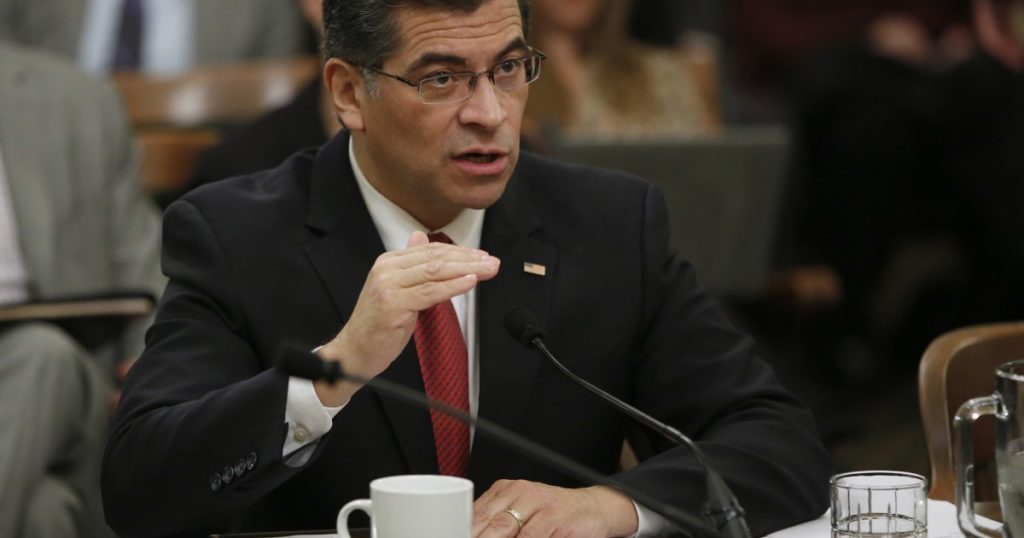 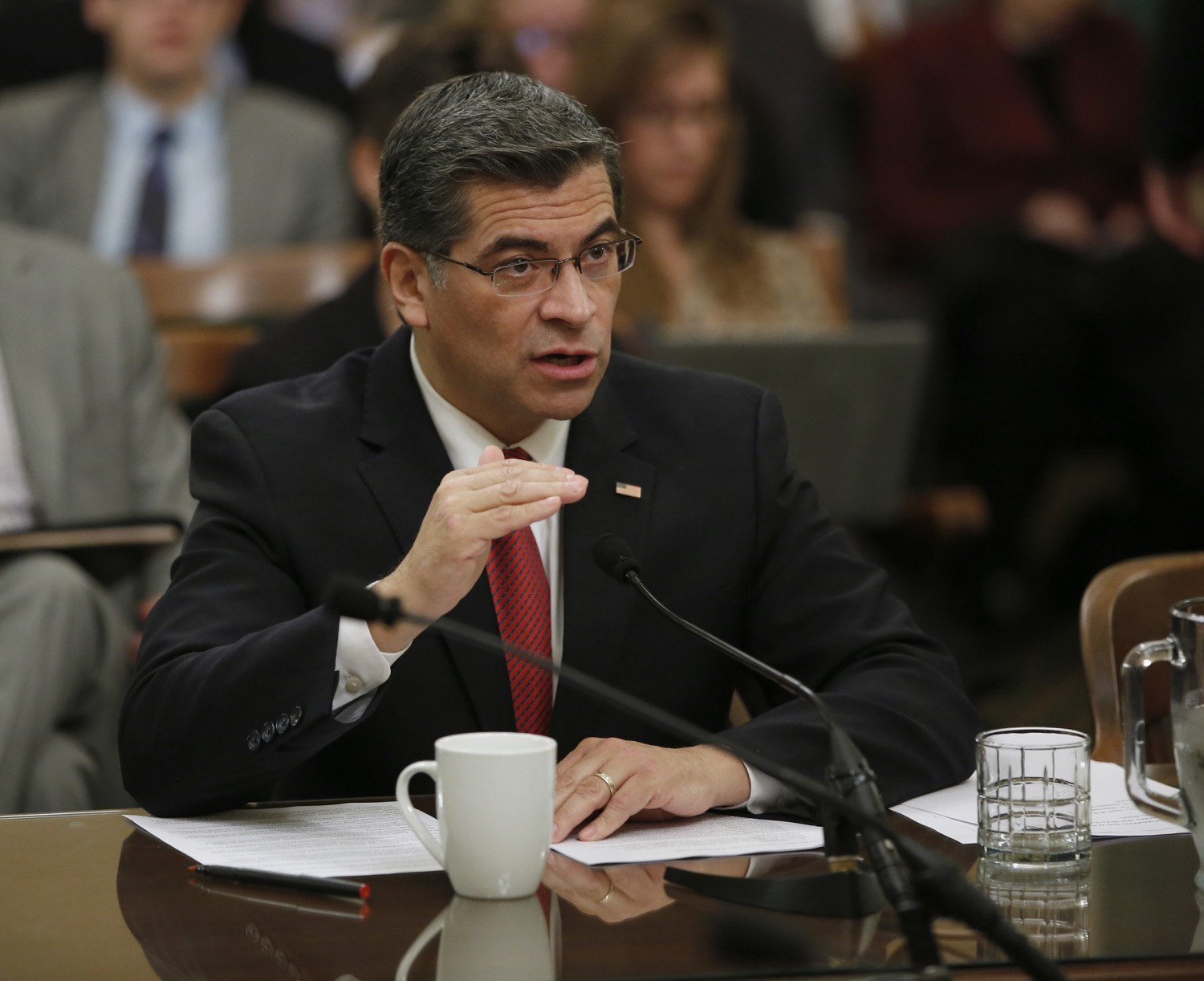 Joe Biden campaigned for the presidency on his track record of bipartisanship and his strong alliances in the Senate, but the White House has gotten the majority of its Cabinet approved in the chamber by focusing primarily on Democratic votes.

Senate Republicans say there has been little outreach by the White House to win their votes on confirmations, potentially a missed opportunity to begin building relationships, particularly as Democrats look down the road at the future of the legislative filibuster.

Confirmation votes could have been an easy place to make gestures of goodwill. But to the White House, its approach was all about conveying respect for Republicans: settling mostly on broadly acceptable nominees, choosing to not aggressively pressure the GOP and allowing nominees to make their own targeted approaches to Republican senators, namely those who sat on relevant committees or those with a preexisting relationship.

And the strategy has largely worked. The Cabinet officials who have won confirmation have done so with an average of about 76 votes, including 50 Democrats and about half of Senate Republicans, according to an analysis of votes cast so far. Only one nominee, Neera Tanden, had to be pulled from consideration when a key Democrat refused to support her.

Xavier Becerra, who will have to resign his position as attorney general of California, became the latest Cabinet appointee to be confirmed Thursday by a vote of 50-49 to lead the Department of Health and Human Services. His confirmation was among the most partisan, with only one Republican, Sen. Susan Collins of Maine, supporting him.

Collins is the only Republican to have voted for each of the 20 nominees who’ve been confirmed. Sen. Lisa Murkowski of Alaska has opposed only one, Becerra, and Sens. Mitt Romney of Utah and Rob Portman of Ohio have opposed only two, according to a review of each vote. Sen. Josh Hawley of Missouri has voted against the most at 18, followed closely by Sens. Ted Cruz and Rick Scott with 17 and Tom Cotton with 16 no votes.

Romney said he hasn’t heard from the White House at all on Cabinet appointments. A spokesperson for Collins said the outreach has been far less than any other administration that she’s dealt with previously. Sen. Richard Burr of North Carolina, who is retiring and has a long-held interest in public health programs, didn’t hear from the White House on Becerra. “They didn’t reach out to me on anything,” he added.

Portman said the White House has not reached out to him on any nominee, including Homeland Security Secretary Alejandro Mayorkas, whose nomination he advanced through committee during the period at the beginning of the year in which Republicans still controlled committee gavels despite Democrats controlling the Senate. They didn’t reach out on Tanden, who was nominated for a job that he once held.

“It doesn’t surprise me because we’re not needed. If Democrats stick together they don’t need a single Republican,” Portman said, citing the 2013 rules change then-Majority Leader Harry Reid put into place that did away with the filibuster on executive branch nominees.

Portman said that filibuster change has broken down some of the need for compromise in the chamber.

“This is the new Senate,” he said. “In the old days when you had to get 60 votes, frankly, there was some pressure on Republicans or Democrats depending on the administration to figure out a way to get to yes in order to fill a Cabinet. And you had to be, I think, a little more cooperative with your colleagues.”

Senators differentiated between communication with the White House and with the nominees themselves. Many GOP senators, particularly those who supported the nominees, said they met with or spoke to the official.

Romney said he’s heard from people who know the nominees but has not heard from the White House. He said it’s not needed — he knows the executive branch’s position on its own people.

“I don’t know that lobbying people about appointments is a very productive thing to do,” he said. “I think we make our judgments in our own individual way and not based upon what the White House has to say.”

Many Republicans — and Democrats — feel a president should have the right to his or her Cabinet and take the position that they’ll vote for nominees except in cases that they view as extreme.

“I believe that a president should have the benefit of the doubt on his nominees, but I reserve the right to reject them if I think there are particular areas of competency that may be in question or inappropriate activity,” said Sen. Mike Rounds (R-S.D.), whose conservative politics wouldn’t suggest that he’d vote against only 4 of the 20 nominees who have come up for a vote, including Becerra.

White House officials never wanted to pursue an overt lobbying campaign to win over Republican senators, according to people on Biden’s team. And because Biden and his top advisors identified confirmability as a top priority from the outset of their transition — when a Democratic-run Senate still seemed unlikely — they hoped there’d be little need for one, and little political capital spent on divisive nomination fights during the administration’s first weeks.

The president, who picked up the phone on several occasions to lobby GOP senators about his nominees, directed those involved to give Republicans space. Another directive: keeping the outreach private and avoiding leaks about meetings and conversations that might have appeared as political pressure. The thinking, according to these people, was to preserve the long-term possibility of working with GOP senators on legislation and deliver on Biden’s campaign promise of cooling the hot-tempered partisanship in Washington.

But the fireworks they’d hoped for at his confirmation hearing never materialized. Two Republicans, in fact, seemed reassured by what they heard from the nominee. Sen. Mike Crapo (R-Idaho) told Becerra he appreciated his promise not to pursue a Medicare for All plan despite his personal support for the idea; and Sen. Bill Cassidy (R-La.) predicted Becerra had the votes to be confirmed.

The outreach that did take place was led by the nominees or the advisors tasked with getting them through confirmation. It was targeted to home-state senators or lawmakers with whom the nominees had a preexisting relationship.

Linda Thomas Greenfield, Biden’s ambassador to the United Nations, quickly called Cassidy, who represents her native Louisiana. Michael Regan, now the EPA administrator, reached out to the two GOP senators from his home state of North Carolina and even wound up getting one of them, Burr, to introduce him at his hearing.

But it was Tanden’s nomination to lead the Office of Management and Budget that forced the administration’s hand with Republicans. Once Sen. Joe Manchin (D-W.Va.) said he would oppose her nomination, she had to pick up at least one Republican. Tanden spoke with Murkowski, who said she used the time to teach Tanden more about Alaska and that federal law cannot treat the state in the same way as the Lower 48. Tanden took herself out of the running before Murkowski made her final decision known.

Sen. Charles E. Schumer (D-N.Y.) has lost only one other vote from within his ranks — Sen. Bernie Sanders of Vermont, an independent who caucuses with Democrats, who voted against Tom Vilsack as secretary of Agriculture.