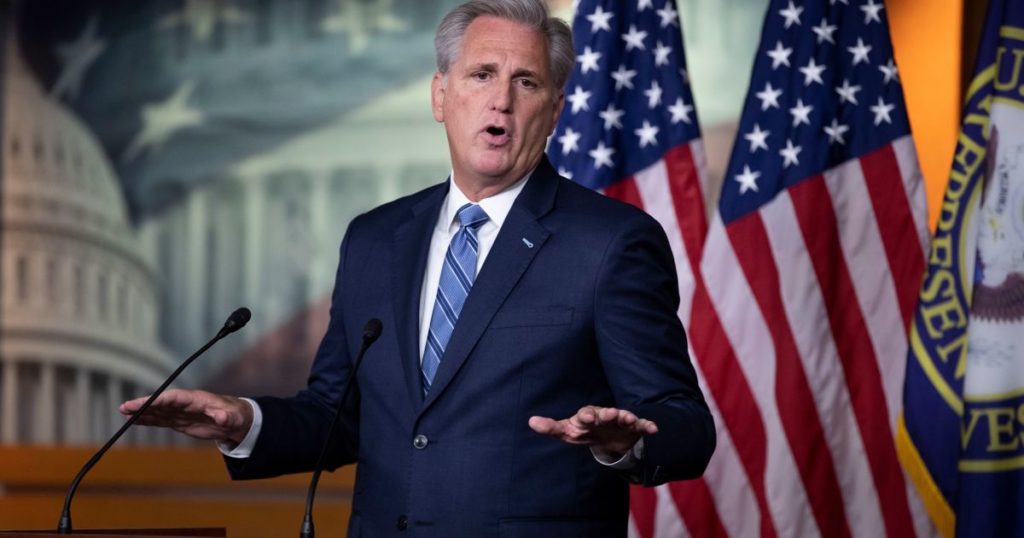 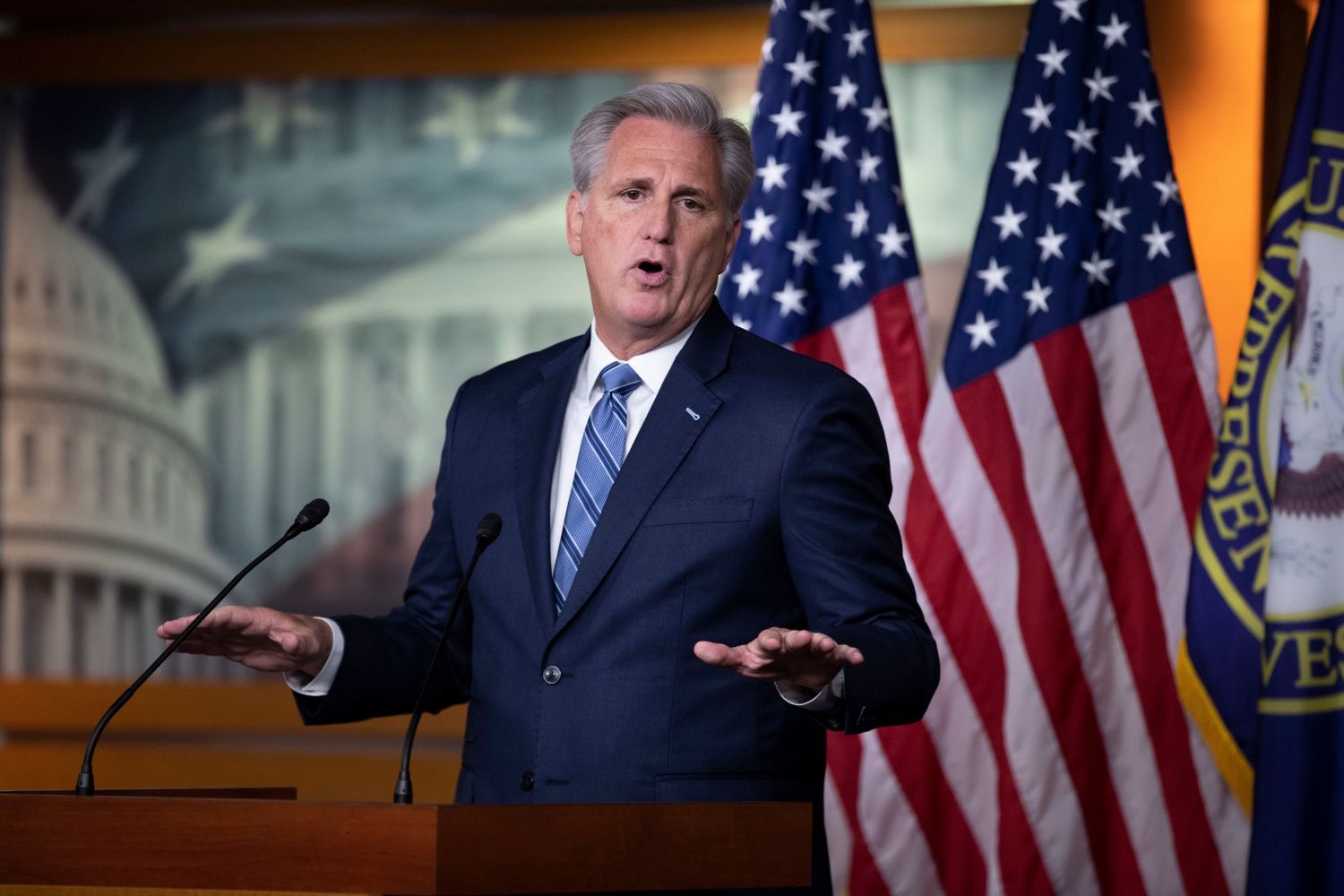 House Minority Leader Kevin McCarthy (R-Bakersfield) signaled Tuesday that he would support ousting Republican Conference Chairwoman Liz Cheney (R-Wyo.), the most powerful Republican woman in Congress, saying rank-and-file members have doubts about her ability to do the job.

Cheney was one of 10 Republicans who joined Democrats in voting to impeach former President Trump for inciting the Jan. 6 Capitol insurrection.

The tensions mark an increasing fight over the future of the Republican Party, including whether it will continue to tether itself to the divisive populism of Trump, who may run again in 2024, or move on. Cheney, whose father served as vice president to George W. Bush, in many ways represents the old guard of Republicans who want to move away from Trump.

In February, the Republican Conference weighed removing Cheney from leadership after her impeachment vote, but no opponent came forward to challenge her. At that time, McCarthy was publicly silent on Cheney, and then backed her in a closed-door meeting about whether to remove her from the No. 3 leadership position.

Since then, Cheney hasn’t held her tongue when asked by reporters about Trump. She and McCarthy have stopped appearing together at news conferences, including after Cheney’s comments about Trump’s 2020 election falsehoods and a proposed bipartisan commission to investigate the insurrection made headlines during an annual policy retreat in Florida last week.

CNN reported that, in a closed door Republican conference meeting in Sea Island, Ga., on Monday, Cheney said that embracing Trump’s false allegation that the election was stolen is “a poison in the bloodstream of our democracy …. We can’t whitewash what happened on Jan. 6 or perpetuate Trump’s big lie. It is a threat to democracy. What he did on Jan. 6 is a line that cannot be crossed.”

Although McCarthy opposed the impeachment, he stated at the time that “the president bears responsibility for [the Jan. 6] attack on Congress by mob rioters.”

The Republican leader has since walked back his post- Jan. 6 criticisms of Trump and sought to again ingratiate himself with the former president, while Cheney publicly and privately insists that Trump should play no role in the future of the party.

Though exiled from social media, Trump remains popular with the GOP base and is still a major source of fundraising for the party. He and his supporters have targeted Cheney and plan to back a primary challenger against her in 2022.

“She is so low that her only chance would be if vast numbers of people run against her which, hopefully, won’t happen,” said Trump in a written statement issued Monday afternoon. “They never liked her much, but I say she’ll never run in a Wyoming election again!” On Tuesday, Trump created a place on his website to communicate directly with supporters.

McCarthy on Tuesday suggested that Cheney no longer has a place on his leadership team, especially as Republicans seek to regain control of the House in 2022.

“I have heard from members concerned about her ability to carry out the job as conference chair, to carry out the message,” McCarthy said Tuesday on Fox News’ “Fox and Friends.” “We all need to be working as one if we’re able to win the majority. Remember, majorities are not given, they are earned. And that’s about the message about going forward.”

“There’s no concern about how she voted on impeachment. That decision has been made,” McCarthy said.

Cheney spokesman Jeremy Adler said in response to the Fox News interview, “This is about whether the Republican Party is going to perpetuate lies about the 2020 election and attempt to whitewash what happened on Jan 6. Liz will not do that. That is the issue.”

But in an exchange reportedly caught on a live mic and reviewed by Axios before the “Fox and Friends” interview, McCarthy had a harsher take.

“I think she’s got real problems,” McCarthy told anchor Steve Doocy off-air, according to Axios. “I’ve had it with … I’ve had it with her. You know, I’ve lost confidence. … Well, someone just has to bring a motion, but I assume that will probably take place,” appearing to refer to a motion to remove Cheney from her leadership role.

McCarthy’s office did not immediately respond to a request for comment about the alleged pre-tape comments.

The earliest that a vote on Cheney’s future could happen is when the Republican Conference next meets May 12.