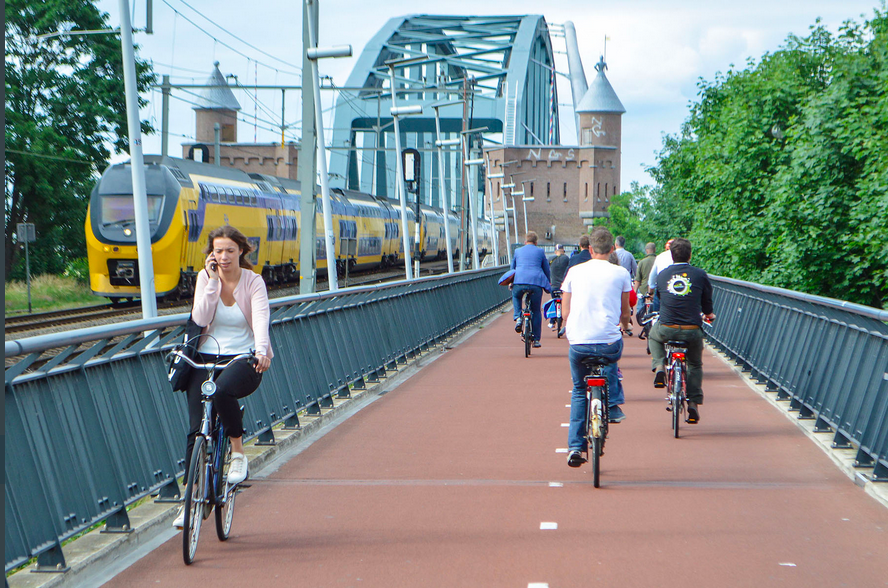 Caltrans District 4 in the Bay Area has posted an online survey – open now through the end of February – to find out from people who ride bikes, and people who want to ride bikes, what elements would be necessary in a bike highway that they would want to use.

What’s a bike highway? The District 4 team’s working definition is “a high-quality, uninterrupted, long-distance bikeway that reduces barriers to destinations that people want to travel to and from, especially places which may normally be difficult to bike to.” That could mean a mix of bike paths on existing streets and fully separated trails, with the idea being that they are designed for bike riders of all ages and abilities.

District 4 has already completed a bike plan, for which it did extensive outreach, and is developing a plan for accommodating pedestrians safely. This puts it far ahead of other Caltrans districts, and none of the others has been investigating bike highways. The information District 4 gleans is therefore likely to help inform all of Caltrans as other districts begin catching up with their own active transportation plans.

Bike highways are rare to nonexistent in California, with a few long-distance bike paths here and there but none that serve cities or long distance bike commuters. “We look to European countries to find examples of bike highways,” said Caltrans information officer Jeffrey Weiss. “It’s something that we should explore, but we didn’t want to just plan a highway without public input.” This survey is just a first step.

“We know we have long-distance bike commuters,” said Weiss. “But it’s always helpful to hear directly from the riders themselves.” The survey address reasons why people ride, what barriers they face that prevent them from riding, and what kinds of design elements would be important to them on a bike facility.

“The idea of bike highways was just one of many data points we got from earlier studies,” including the development of District 4’s bike plan, said Weiss. “We are using the information that we collect from the survey to inform our decision on what bike corridors we may select in the future,” he added. “Hopefully we will have another level of outreach in the fall, once we’ve collected this high-level information. The more information we gather, the better we can implement a corridor that has the features that people want.”

Caltrans District 4 manages nearly 1,400 miles of state highway corridors throughout the San Francisco Bay Area. Its interest is in understanding where bike highways might make sense alongside those state highways.

The idea of a bike highway could imply speed, but it doesn’t have to. It also doesn’t necessarily mean it’s just for commuters. Also, remember that “state highways” are frequently also main streets in cities large and small throughout California.