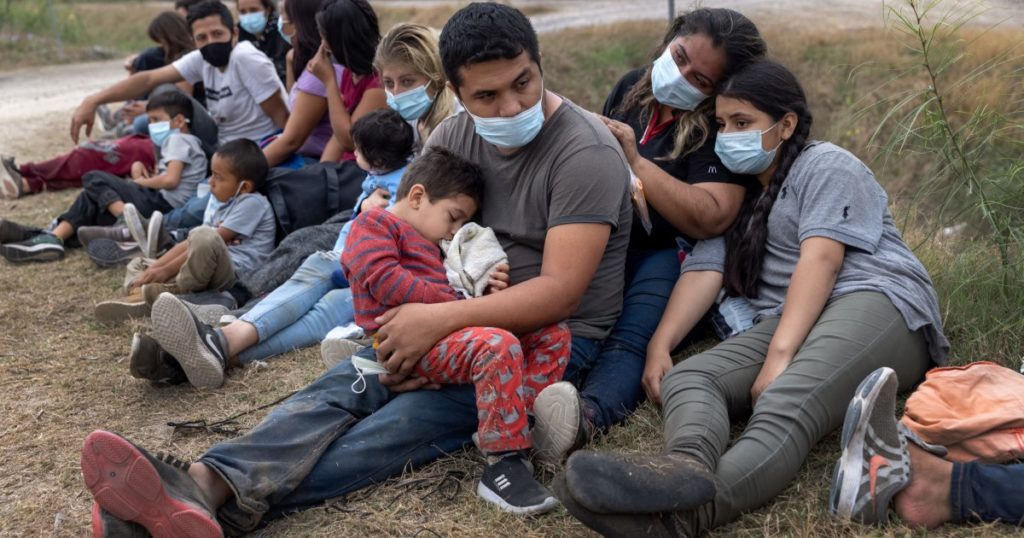 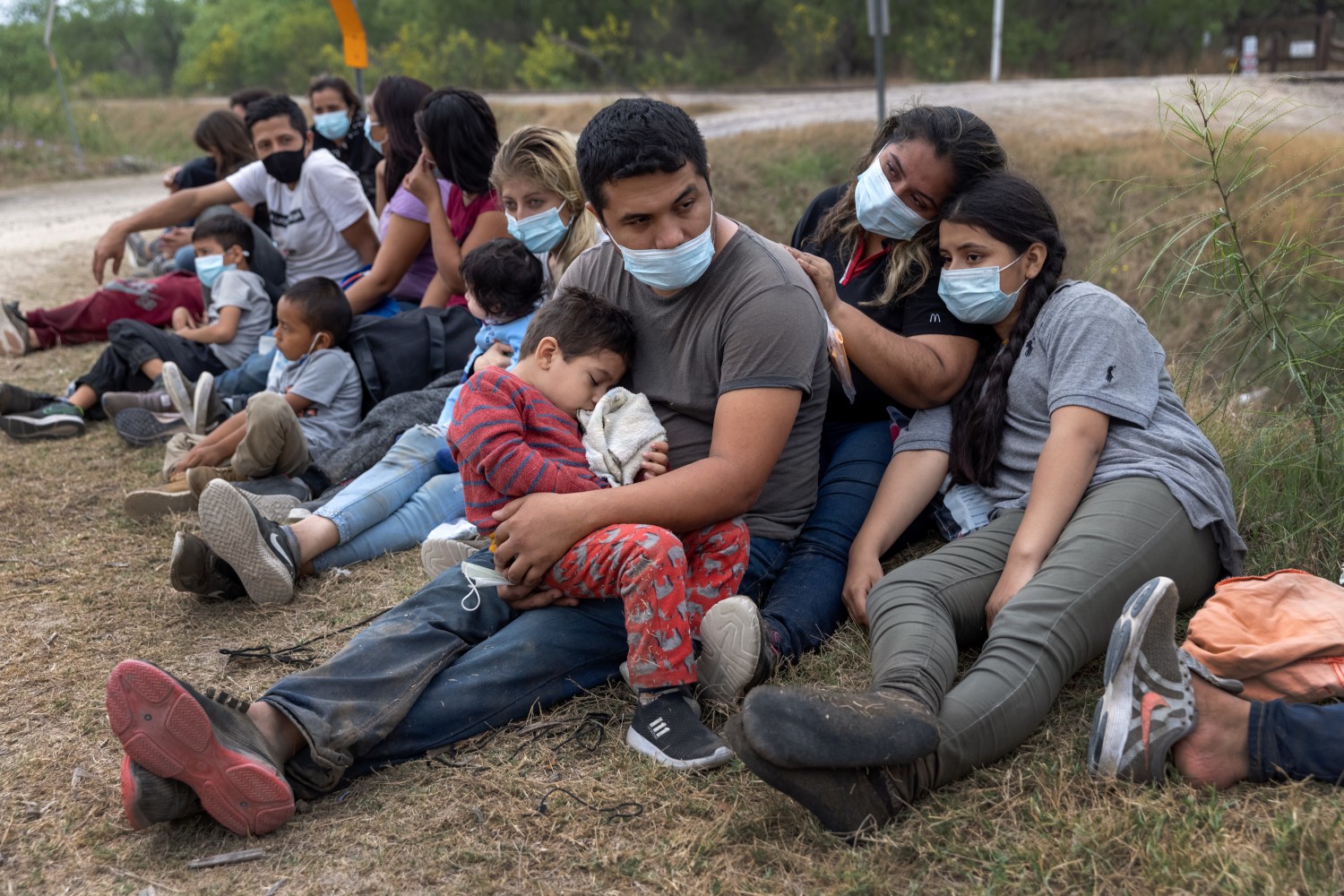 The label “Northern Triangle” is in the news again as the Biden administration focuses on reducing illegal immigration from the three countries that make up the triangle: El Salvador, Honduras and Guatemala.

Many people in Central America dislike the term because they believe it unfairly groups — and sometimes diminishes — the three very different nations.

But the administration believes there are enough similarities in the kinds of policies it wants to implement, and related problems with all three governments that will complicate the mission, that the term is part of official lexicon. President Biden named Vice President Kamala Harris to be in charge of Northern Triangle policy, and there’s a special envoy for the Northern Triangle, the State Department’s Ricardo Zúñiga.

Why these three countries? Don’t most migrants come from Mexico?

For many years, Mexican nationals constituted a larger percentage of people attempting to cross their northern border into the U.S. And while the numbers fluctuate, Central Americans from El Salvador, Guatemala and Honduras in the last decade vastly increased their arrivals and attempted arrivals.

For example, in fiscal year 2008, more than 90% of those apprehended by U.S. law enforcement at the border were Mexicans. In the first three quarters of 2019, Central Americans comprised 74% of apprehensions. (Apprehensions are often the way the U.S. government measures immigration.)

The number of border crossers from Northern Triangle countries dropped last year at the height of the COVID-19 pandemic but are rebounding.

Why are Central Americans fleeing those three countries?

El Salvador, Guatemala and Honduras have seen their governments chronically fail to improve political conditions, squander foreign aid, and allow corruption to deepen and enrich a handful of elites while the majority endures poverty.

In 2014, there may have been a glimmer of hope when the Obama administration also announced ambitious plans to improve the security and economy of the region — a job then-Vice President Biden was tasked to handle. But those efforts ran aground, in part because Central American presidents did not hold their end of their bargain, and then the Trump administration shifted focus from aid to law enforcement. If anything, conditions have deteriorated.

Climate disasters also made tens of thousands of Central American citizens more desperate. Two devastating back-to-back hurricanes in 2020 destroyed large swaths of the region, areas not already lost to droughts fueled by climate change. The loss of crops robs untold numbers of Central Americans of their livelihoods in the agricultural economy.

By making the Northern Triangle the priority, U.S. officials calculate they can make the biggest dent in migration in areas where they can more easily funnel aid to grass-roots and development organizations, away from central government coffers.

Why avoid giving the money to governments? Aren’t they best equipped to spend it efficiently?

That might be true theoretically, but the Northern Triangle governments have proven themselves inefficient or corrupt, or, as in the case of El Salvador’s president, Nayib Bukele, have engaged in undemocratic behavior that the Biden administration does not want to reward.

Bukele has taken steps to take over the judiciary and consolidate his hold on power. In Honduras, President Juan Orlando Hernández has been implicated in a major drug-trafficking case in which his brother was sentenced to life in prison by a New York court. Guatemalan President Alejandro Giammattei has attempted to squash independent courts and corruption investigations and is thought to be beholden to the country’s powerful oligarchs.

Isn’t the history of U.S. involvement in Central America long and controversial? Does the U.S. bear responsibility for the troubles besetting the Northern Triangle?

For much of the last two centuries, the United States regarded parts of Central America as its private plantation for the growing of bananas and other fruit, or a landscape for wild adventures and colonization, or a proxy battleground in fights against communism.

U.S. officials considered it to be in their own interest to further the subjugation of Central Americans, often by overthrowing leftist leaders like Jacobo Árbenz Guzmán in Guatemala in the 1950s or
by lending support to dictators like Nicaragua’s Anastasio Somoza in the 1960s and ‘70s.

Nicaragua remains a deeply divided, repressive, impoverished country after wars and misrule. But the Biden administration did not include it in the Northern Triangle because most Nicaraguans who flee their country head south, to Costa Rica or Panama. (Nicaraguans who sought refuge in the U.S. in the ‘80s found an easier path to legal status because then-President Reagan judged they had fled communism.)

In the Northern Triangle, U.S. interventionism stifled democratic political development that troubles these countries to this day.

Toward the end of the 20th century, the U.S. backed a hardline military government in El Salvador in its civil war against leftist guerrillas fighting for peasants and workers with backing from Cuba and the Soviet Union. The war claimed more than 75,000 lives and sent hundreds of thousands fleeing mostly into California and the Washington, D.C., area.

The United States also interfered in Guatemala’s 35-year civil war, which ended in 1996 and killed hundreds of thousands, mostly Indigenous peasants. And the U.S. used Honduras as a staging ground for a separate war around the same time aimed at toppling leftists in Nicaragua, doing lasting damage to both countries.

Who is coming from the three countries?

The migrants arriving from these countries run the gamut, but many are farmers, eager to pick crops where labor is often in short supply, and many work construction, domestic or service-industry jobs. The better-educated or -connected often find schooling and professional positions, though their legal status tends to hold them back. Many pay taxes and support local economies.

Many were children brought to the U.S. illegally by their parents and now constitute the so-called Dreamers, a group estimated to number up to 800,000 for whom Obama deferred deportation to allow them time to gain full legal status.

In the early 1990s, the U.S. for the first time deported members of an L.A.-born gang known as Mara Salvatrucha, also known as MS-13, back to their birthplace of El Salvador. The gang grew exponentially in numbers and ferocity, eventually franchising throughout the region. Many recent asylum applicants say they are escaping MS-13 or other gangs who have taken over their neighborhoods to extort, rape and kill.