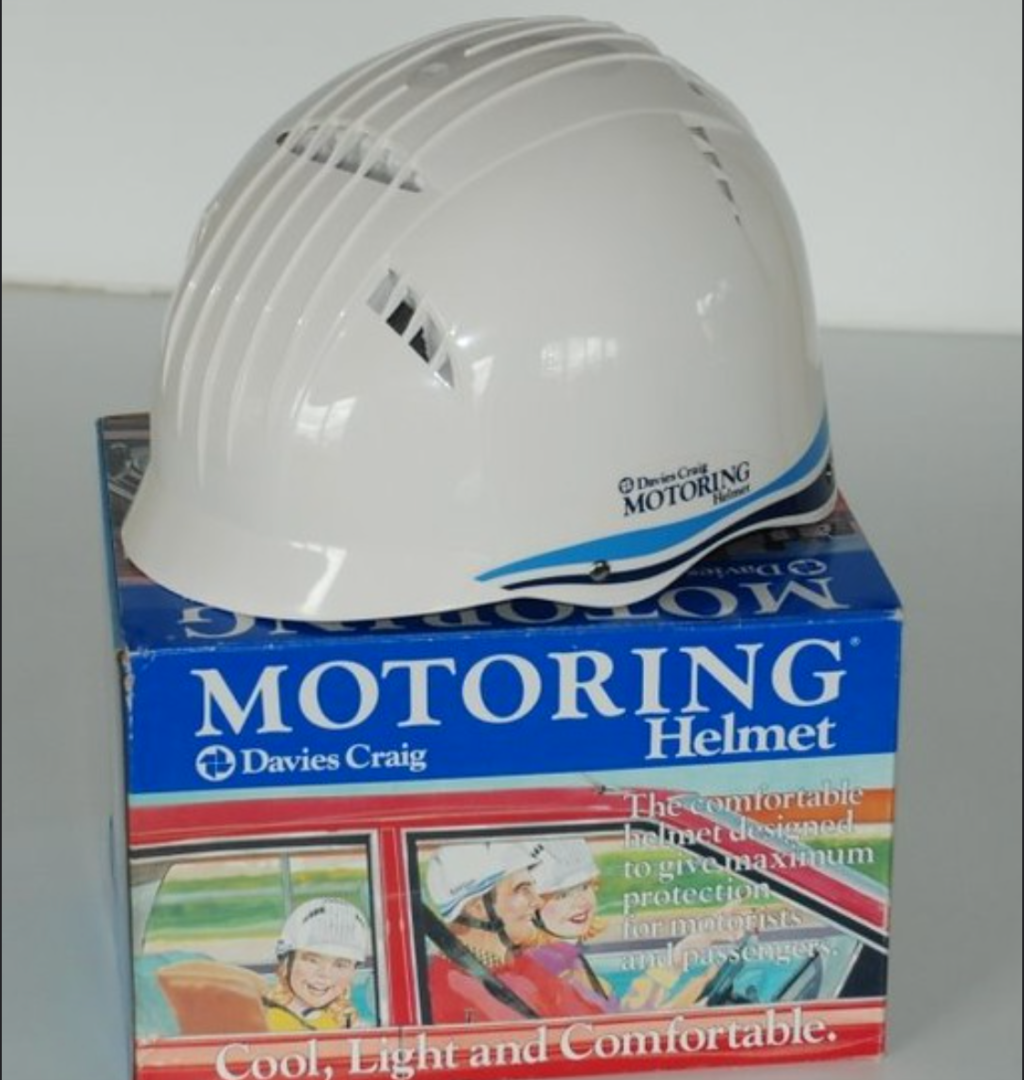 It seems like there’s a news story every other day about an exciting new traffic law aimed at curbing the most dangerous behaviors on U.S. roads. The only problem? They’re almost exclusively aimed at the riders of electric push scooters — not automobile drivers, who are actually responsible for virtually all of the national traffic violence death toll.

Since shared e-scooters first proliferated across America in 2017, cities and states have scrambled to write hundreds of policies to minimize the downside risks of the micromobility revolution, like scofflaw riders who strike pedestrians at intersections and scooter-cluttered sidewalks rendered impassable to people who use assistive devices. The industry itself has welcomed many of these laws — at least those that didn’t ban the mode, or make it functionally impossible to ride — sometimes offering their own voluntary safety controls designed to keep drunk, reckless, and inconsiderate riders in line.

But what’s often missing from the conversation about how to make micromobility safer for everyone is the simple reality check that 80 percent of fatal scooter crashes are caused by drivers — and often, neither those drivers nor their cars are subject to some of the most stringent laws governing lightweight modes.

Here are five safety guardrails that are currently in place for 40-pound e-scooters that aren’t typically applied to 4,000-pound pick-up trucks — but maybe they should be.

By far the most common state-wide scooter laws on the books are speed-limiting laws, which require providers to cap the maximum velocity of their fleets to as little as 10 miles per hour.

There hasn’t been a lot of research into the role scooter speed plays in a pedestrian’s chances of surviving a crash with a rider — at least compared to the mountains of research that prove that the faster a driver is traveling, the more likely they’ll kill a pedestrian they strike. Still, scooter companies are often happy to comply with cautious speed caps, in sharp contrast to U.S. automakers, who actively brag about their vehicles’ ability to break even the most lenient speeding laws.

Most cars on the market in America do technically have a top speed….of more than 112 miles an hour, depending on the safety rating of their tires. The top legal speed limit on any road in the entire country, meanwhile is just 85 miles per hour.

With more and more speed-capping laws on the books for scooters every year, maybe it’s time to reopen the conversation about whether cars ever really need to be able to go so much faster than local limits — much less hit triple-digits.

Of course, limiting possible speeds isn’t as good as automatically slowing down vehicles to a safe speed for actual, dynamic road conditions — and that’s where geofencing comes in. Most scooter companies have embraced the simple technology, which allows a vehicle to automatically sense and respond to critical information about a specific location it’s entering that’s been marked by an invisible, virtual perimeter — information like the local speed limit, or the presence of a sidewalk where a scooter shouldn’t be riding, or the proximity of a pedestrian-rich area where a rider should really slow down.

Virtually every scooter company has invested in some version of geofencing technology, which many of them use to automatically keep their riders from parking in places they shouldn’t, to slow them to 8 miles per hour or less in front of walker-rich destinations like hospitals and schools, to stop them from plowing into dense pedestrian plazas, and more.

Geofencing is available on cars, too – but most drivers don’t want it.

Following the news that the European Union would require all new car models to come equipped with geofence-equipped speed governors that would force drivers to (mostly) obey local limits, some street safety advocates wondered whether the U.S. should do the same thing — though only 14 percent of U.S. drivers agreed, despite the fact that at least one-third of U.S. auto deaths involve speeding.

Here’s a thought: maybe driver preference shouldn’t carry so much weight when 36,000 per year are dying?

In the name of safety, a whole lot of U.S. communities put strict limits on the maximum weight, height, and other design features of e-scooters.

States like Ohio, Maine and Tennessee even go so far as to explicitly define the word ‘scooter’ as a vehicle weighing under 100 pounds with wheel heights no greater than 12 inches, mostly in recognition that heavier vehicles with larger dimensions may pose additional risks to walkers than smaller-format mobility options. After a scooter exceeds those limits, riders typically need a drivers license to operate them, and are otherwise subject to the stricter laws imposed on moped and motorcycle riders, which studies have found have some of the the highest rates of fatal pedestrian crashes per mile among all transport modes.

Light trucks and SUVs also have some of the highest fatal crash rates with walkers in the U.S., in large part because heavy cars with high front body designs, like SUVs and trucks, are are about three times more likely to kill a pedestrian in the event of a crash. But drivers don’t need special licenses to operate those.

In most states, a non-commercial driver can legally operate a vehicle up to 10,000 pounds with no special training, and restrictions on vehicle height are mostly aimed at minimizing damage to overpasses and tunnels rather than minimizing damage to human bodies. Indeed, many set virtually no limits on how high a pick-up driver can legally “lift” their truck’s body off its wheels, or limit only the distance between a car’s headlights and the ground, rather than how much it towers over the average American child (or the average American adult, for that matter.)

The massive infrastructure bill currently under consideration in Congress does direct NHTSA to explore new rulemaking that could limit deadly vehicle designs like these, but the agency doesn’t have to actually do it by a specific deadline — which advocates fear means it’ll never happen at all.

Imagine a world where every time drivers started a car, they had to take a short quiz confirming they would follow the most important rules of the road…or at the very minimum, take a little quiz that might keep the drunkest drivers from starting the ignition.

It might sound laughable in our car-obsessed culture … but scooter riders do it all the time.

For years, most scooter companies have either required their riders to take a brief safety quiz before unlocking a vehicle, or at least incentivized them to learn more about safe scooting with offers of discounted rides, cheap helmets, and other perks. On Bird and Lime, riders even have to solve a simple puzzle before boarding a scooter between 10 p.m. and 4 a.m. to stop riders who are too drunk to spell the word “SAFE” from kicking off.

Street safety advocates probably wish anti-SUI (scootering under the influence) measures were a little more strict, but it’s still a far cry from the hurdles automakers ask possibly-drunk drivers to clear before they hit the gas … because those hurdles don’t exist.

Interlock ignition devices, ambient alcohol sensors, driver monitoring systems, and a ton of other tech aimed at stopping wastoids from getting behind the wheel has existed for decades, but it’s not yet mandatory on all new cars (though some hope a recent National Highway Traffic Safety Administration request for information could be a signal that the tides could turn.)

There’s no doubt that helmets save lives when a scooter rider (or cyclist, or any other vulnerable road user) who’s wearing one is struck by a driver — at least up to the point where a driver is behaving so dangerously that no helmet will protect anyone. That’s part of why every U.S. scooter provider requires its riders to wear one, and some even provide them for free.

Helmet laws, on the other hand, can carry dangers of their own, like providing a pretext for police to harass people of color and the unhoused, as well as reducing overall scooter and bike ridership (which, thanks to the safety in numbers effect, can micromobility more dangerous than if helmet laws weren’t on the books).

We don’t know if the same thing is true for drivers, because no U.S. community has never enforced a mandatory car-helmet law, even though car crashes are the second most common cause of traumatic brain injuries every year. (Our colleagues at Streetsblog NYC once asked then-Gov. Andrew Cuomo about it, but he didn’t seriously consider it.)

Some advocates think we should give a a try — or at least ask ourselves about why we’re so happy to leave vulnerable road user safety up to individual solutions with the potential for inequitable enforcement like helmets, when a universe of systemic solutions could save lives on all modes.

Because if drivers were forced to navigate roads that were anywhere near as dangerous for them as U.S. roads are for scooter riders, they’d realize quickly just how much work there is to be done.