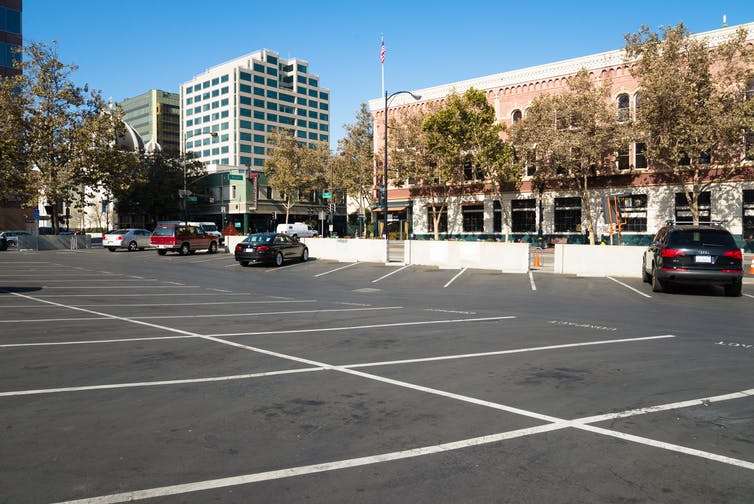 Join us in July at the National Shared Mobility Summit — a month of virtual sessions on one topic: THE BIG SHIFT. Our existing physical, social, economic, technological and institutional infrastructure overwhelmingly favor private car ownership and private car use. This year, we ask, “How might we shift the the whole system!” REGISTER TODAY.

For urban planners, parking rules established decades ago have become a contentious 21st-century challenge. Parking takes up about one-third of land area in U.S. cities; nationwide, there are an estimated eight parking spaces for every car.

In 2017 Buffalo, New York, became the first U.S. city to stop requiring development projects to include at least a minimum amount of parking. Other cities followed, including Hartford, Connecticut, and Santa Monica, California. Many cities are now considering reforms, and a bill pending before the California Legislature would remove minimums for new buildings near public transportation across the Golden State.

But despite growing support for parking reform, there is little data showing how such changes affect urban development. As part of our work on urban planning, we quantified changes in construction during the first two years after Buffalo adopted its new “Green Code,” repealing minimum parking requirements citywide.

We found that the Green Code is changing Buffalo’s urban form in ways that had been difficult, if not impossible, under former zoning rules. As local leaders seek to reenergize the urban core and spark a post-industrial renaissance, public transit is now a priority. Inactive storefronts, underutilized historic structures and former industrial buildings are being rehabilitated, and vacant parcels are being developed in fragmented neighborhoods.

Parking standards were created arbitrarily, without adequate data. Zoning laws usually require one parking space per apartment, one per 300 square feet of commercial development and one per 100 square feet for restaurants. For context, a parking space measures 160 square feet on average, plus additional area for driveways and driving lanes, so an eatery’s parking lot may be three times the size of its dining area.

Since the 2005 publication of UCLA urban planning scholar Donald Shoup’s “The High Cost of Free Parking,” many people have begun to question the amount of precious urban land currently used for storing cars. Planners, developers, urbanists and nonprofits are now offering market-driven strategies to realign off-street parking supply and demand.

Prioritizing cars limits space for housing, businesses, parks and other land uses that benefit citizens and contribute to local tax bases. It also increases construction costs, which are then passed on to tenants and buyers. In Los Angeles, for example, each parking space costs developers at least US$50,000 – a price tag that has scuttled some development projects. 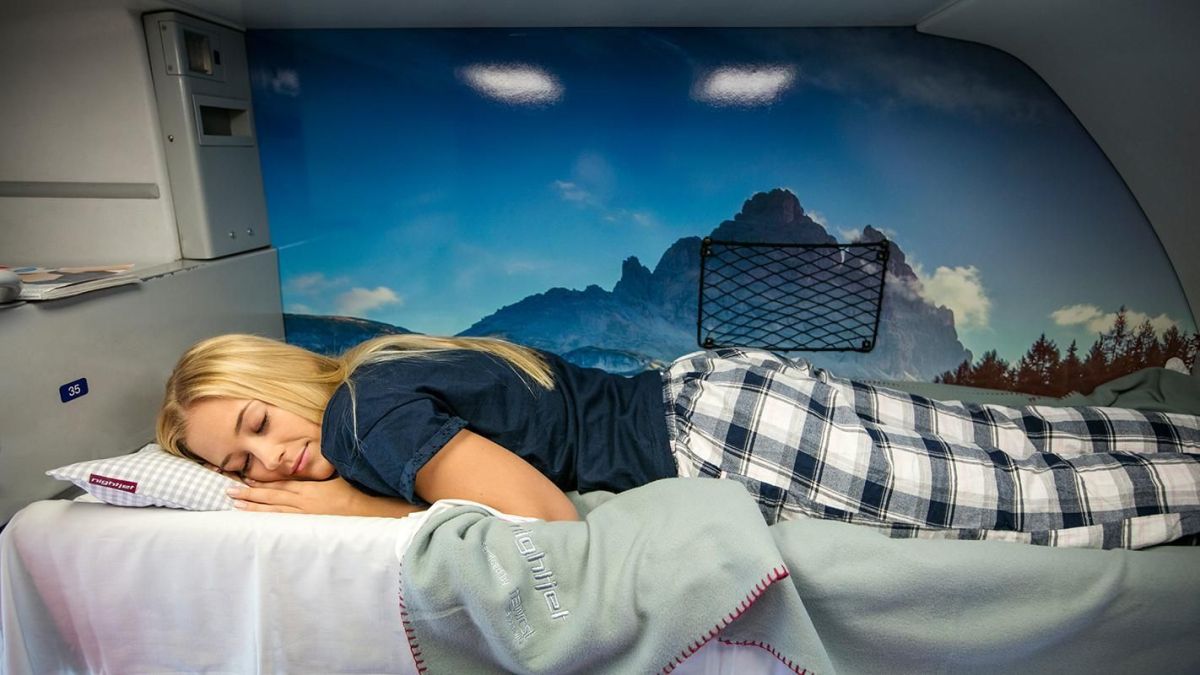 To see also :
Bring Back the Night Train – Streetsblog San Francisco
Rail operators in Europe are reviving an old solution to reducing emissions:…

The result: Nearly half of downtown Buffalo was converted to parking lots. This may interest you : Do Traffic Fines Make Streets Safer — And At What Cost? – Streetsblog USA. Locals joked about parking: “If the goal was to destroy downtown, we only halfway succeeded.”

Our review of the Green Code’s initial effects found that from April 2017 to April 2019, the amount of off-street parking included in new building projects varied widely. Developers of 14 sites mixing retail space and residential units incorporated 53% fewer parking spaces than required under previous zoning. Four added no parking, opting instead to share parking with other properties.

In contrast, many single-use developers maintained or exceeded former parking requirements. Despite city leaders’ ambitions for more accessible transportation options, the car remains king in development plans for office buildings and townhomes, hampering reform in a region characterized by suburban sprawl and travel habits based on car ownership.

Despite these challenges, we found that developers of 36 major projects – including two large housing complexes targeted to graduate students, with over 200 units apiece – included 47% fewer parking spaces than previous zoning required. One-third of the developments in our study made parking an amenity, charging user fees rather than bundling it into rent or purchase prices. Overall, the Green Code encouraged less parking in transit-rich locations along primary commercial corridors.

This may interest you :
Today’s Headlines – Streetsblog California
The death toll from burning fossil fuels is enormous (The Guardian) Oil…

The COVID-19 pandemic has slowed development projects worldwide. Though personal automobile use dominated COVID-19-era transportation for many, there is broad support now for returning to a pre-pandemic focus on making urban places more dense, with a focus on walkable neighborhoods. Millennials and Generation Zers drive less than previous generations. Growing numbers of people working from home and shopping online are reshaping traditional urban commutes and travel.

Without minimum requirements, costly and land-consuming off-street parking becomes an option instead of a mandate, paid for by those who use it. Rethinking car-centric urban planning allows for more green space, transit-oriented development and active living. 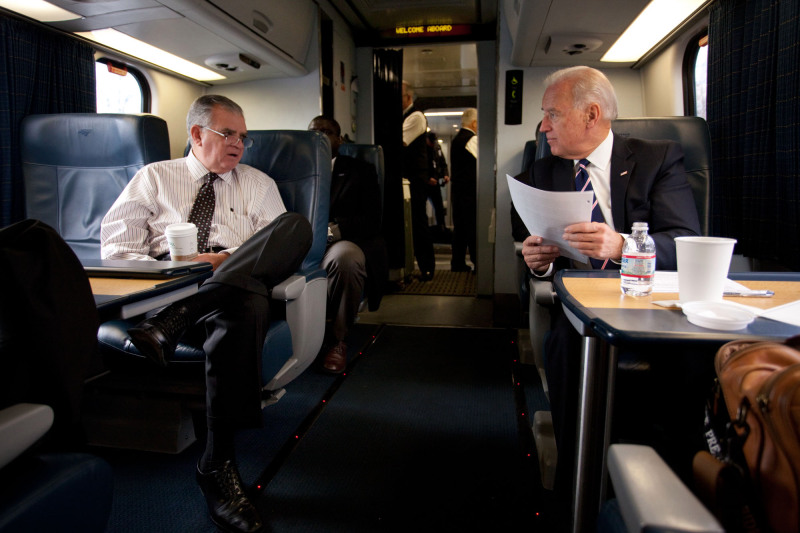 Zoning is just one piece of a larger urban design puzzle that also must factor in location, market demand for parking and land use priorities. Good public transportation is also key to eliminating parking capacity. The Biden administration has signaled a commitment to public transportation.

Meanwhile, parking reform is gaining momentum. In May 2021 Minneapolis struck down minimum parking requirements for new development as part of its climate and greenhouse gas emission goals. From San Diego and Salt Lake City to Raleigh, North Carolina, and Richmond, Virginia, cities are considering similar changes. In the future, U.S. cities could look quite different, designed for citizens rather than parked cars.

This article originally appeared on the The Conversation and is republished with permission.