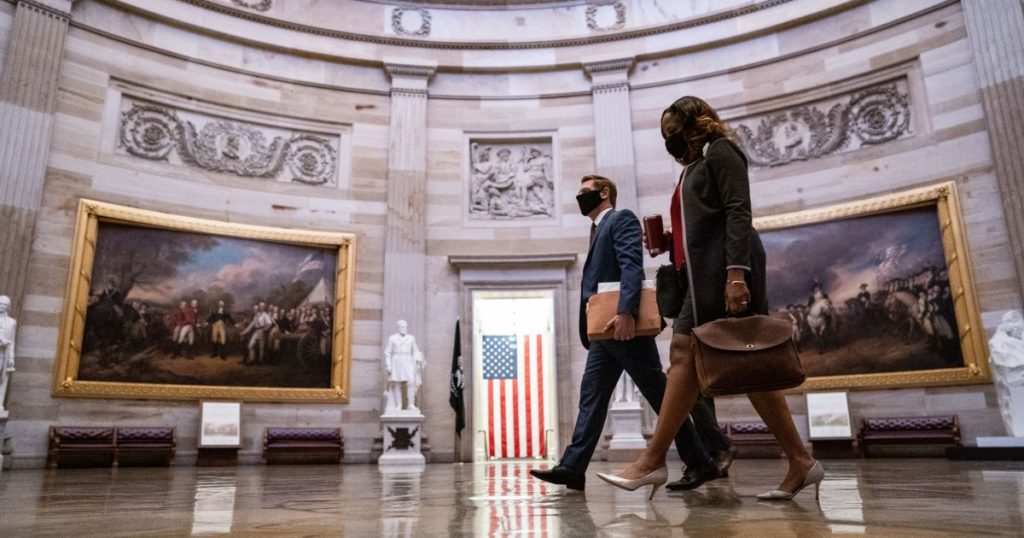 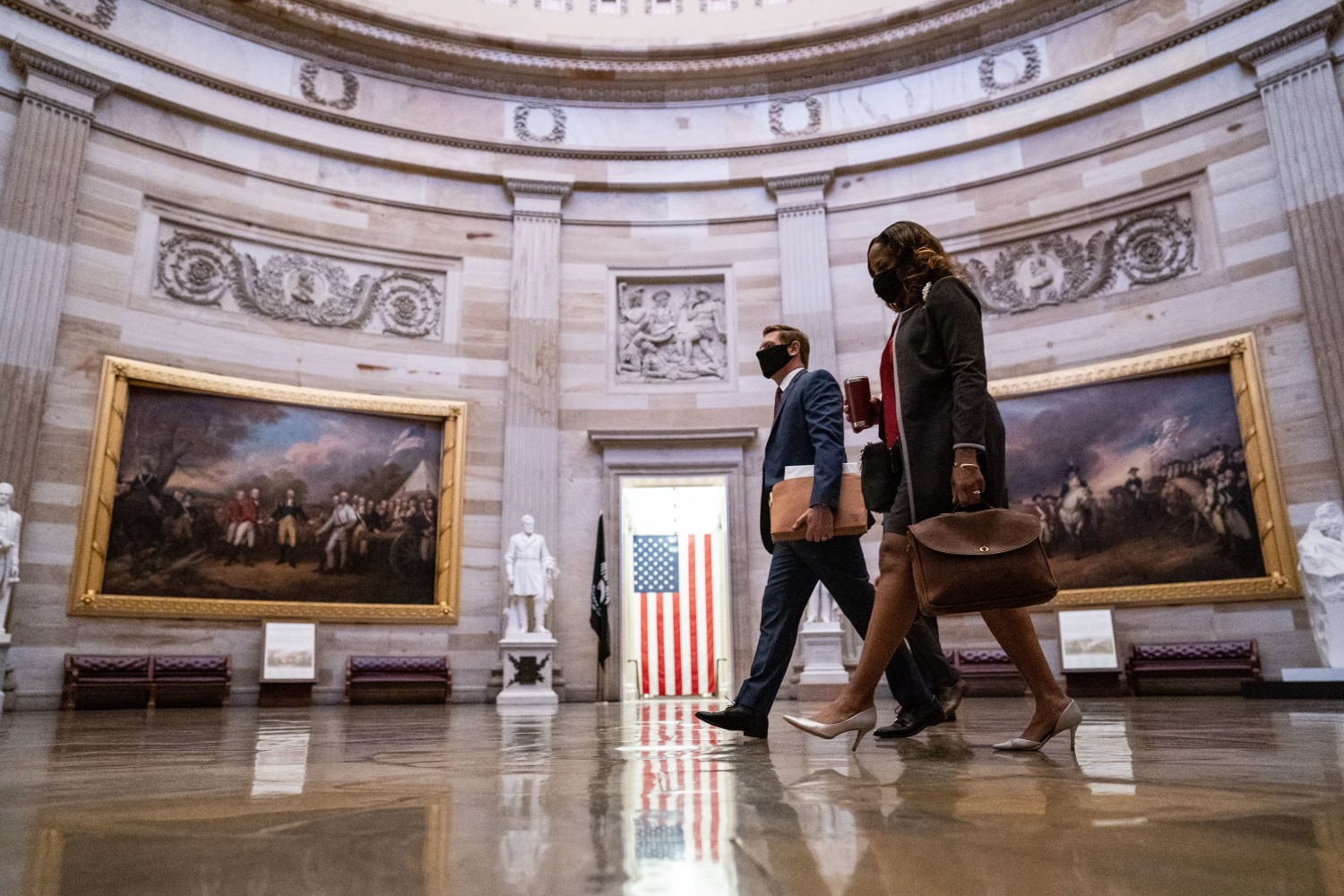 Democrats insist that to protect the Constitution and the country against a future president trying to use a mob to remain in power, they must complete the second impeachment trial of Donald Trump.

But in a trial Democrats already know they are likely going to lose, describing victory becomes more and more difficult.

Success for Democrats could mean doing the most damage possible to Trump’s chances of ever holding office again, tying Republicans to him and his actions, and then moving on, say impeachment experts and Democratic strategists.

The trial is expected to last just over a week. With a Senate divided equally along political lines, most people acknowledge that the road to 67 votes needed to convict Trump will be difficult. Forty-four of 50 Republicans voted Tuesday that the Senate trial is not constitutional, and few are signaling a willingness to change their minds and join Democrats in voting to convict Trump.

“Part of it is forcing [Republicans] to go on the record, letting their constituents know who they are … forcing them to go on the record for historical purposes,” said University of Missouri law professor and impeachment expert Frank Bowman. “The broader objective has to be to take a small step … to try to break the hold on the Republican Party of Trump and the people who have aligned themselves with him on this antidemocratic project.”

Rather than addressing the facts of the case, Republicans are lining up behind the argument that the Constitution does not allow a former president to be convicted.

House managers, meanwhile, are using video evidence to appeal to the emotional nature of the case: the threat to senators, representatives, staff and police when the mob entered the Capitol; the fear many Americans felt watching it unfold in real time on their cellphone and television screens; and the dozens of people since arrested now claiming in court filings that they were following Trump’s exhortations.

“It’s forcing a choice,” said, Chris Haynes, University of New Haven associate professor of political science and expert on political framing, saying Democrats are putting on record for Americans that Republicans either find Trump’s behavior reprehensible, or they don’t, he said. Democrats’ goal has to be “identifying for the American people who is standing with whom and for what,” Haynes said.

For Democrats, the trial may be the best chance to convince Americans that Trump and Republicans have sided with extremists, Democratic strategists said.

Talking about politics at the height of the trial is delicate. Trump’s lawyers and Republicans have accused Democrats of using impeachment to continue a vendetta against a man no longer in power. House managers have insisted that the impeachment is not about politics.

“Some people think this trial is a contest of lawyers, or even worse, a competition between political parties. It’s neither. It is a moment of truth for America,” lead House impeachment manager Rep. Jamie Raskin (D-Md.) said Wednesday.

To drive the point of the impeachment trial home for Americans, House Democrats are focusing on the overall threat to democracy — that a sitting president provoked a violent mob to stop the ceremonial counting by Congress of electoral college votes for the first time in history, said Elizabeth Wydra, president of progressive think tank Constitutional Accountability Center.

“We can’t just gloss over that. One of the tasks that will be before the House managers will be to shake the American people,” Wydra said. “That is extraordinary. And if it’s going to be hard to get a bunch of Republican senators to vote to convict, that is extraordinary.”

Even if Trump is acquitted, Democrats can use the trial to tie Republicans to Trump and to the Jan. 6 riot in voters’ minds, Haynes said.

Some GOP lawmakers see such a strategy already in play.

“I do think that a lot of that drama is to perhaps influence our constituents to influence us. But senators are, you know, pretty analytical, as a matter of just a profession, so it doesn’t affect me in terms of how I feel about the president’s culpability. That’s what’s on trial,” Sen. Kevin Cramer (R-N.D.) told reporters Wednesday.

So far, House managers have cast singular blame on Trump for invoking the riot. They have avoided blaming Republicans, including some of the jurors, for amplifying for months the false assertions that there was widespread voter fraud that changed the results of the 2020 presidential election.

Multiple strategists and constitutional experts said that may not be the smartest approach. Even if House managers go out of their way to avoid alienating GOP senators who are also jurors, it probably won’t change any Republican votes at the end of the day.

“Democrats need to make it into a black-and-white issue. The more they try to water it down and make it bipartisan, the more gray seeps in,” Haynes said. “I don’t think the payoff is that great.”

In the end, there may be little political downside for Democrats in losing the trial. Public opinion polls don’t show that voters blame Democrats for pushing the impeachment, and support for Republicans has waned somewhat.

Democrats are leaning heavily on the idea that they have a moral obligation to press forward.

“If we were not to follow up with this, we might as well remove any penalty from the Constitution of impeachment. Just take it out,” House Speaker Nancy Pelosi (D-San Francisco) told reporters.