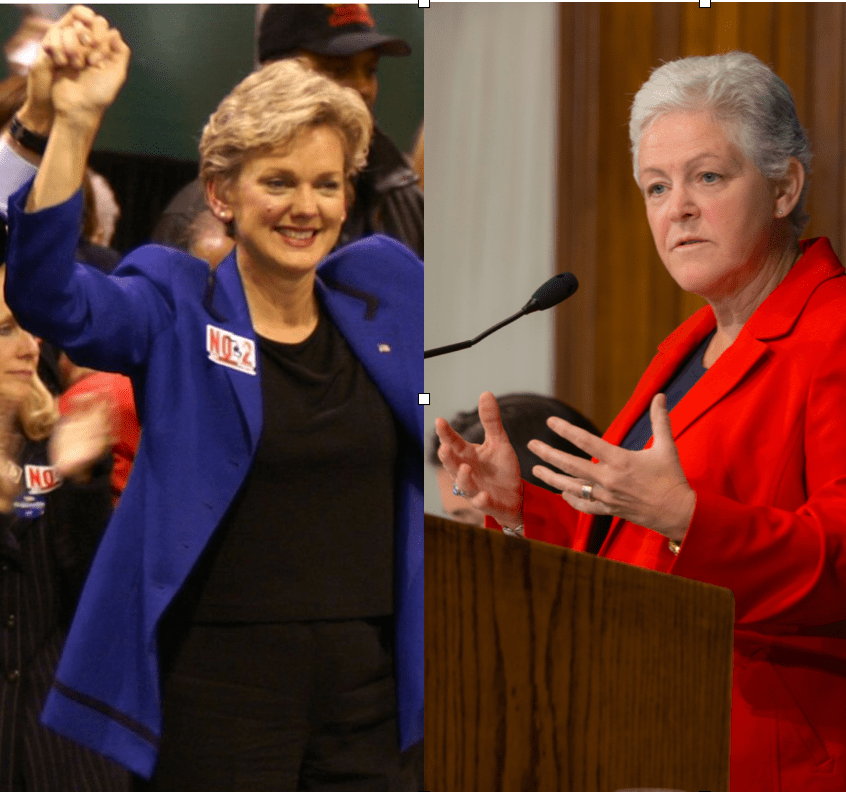 Should we call him Amtrak Joe or EV Joe?

President-elect Biden’s selection of transit-friendly Pete Buttigieg for Secretary of Transportation grabbed headlines on Tuesday, but two other cabinet appointments that came down on the same day could signal that electric vehicles remain at the center of the new administration’s climate strategy — despite ample evidence that shifting to transit, walking and biking is far more critical to cutting greenhouse gas emissions.

As the internet fervently debated whether Buttigieg would really deliver on his own campaign-trail promises to revolutionize transit investment in his new role, far less debate followed the appointments of former Michigan Gov. Jennifer Granholm to the position of Energy Secretary, and former Environmental Protection Agency Administrator Gina McCarthy to the post of White House Climate Coordinator.

But some advocates soon began to question what Biden’s choices signal about his climate strategy. In particular, street safety advocates scrutinized Granholm’s reputation as a friend to automakers who used her time in office to pass hefty incentives for the Detroit Three to invest in electric vehicle development, rather than to bring transit projects or pedestrian improvements to her car-dependent state.

That track record, coupled with Granholm’s relative inexperience with other aspects of the Energy Secretary job, lead some to speculate that her Energy department would maintain an unprecedented focus on decreasing transportation emissions, which are the single largest source of greenhouse gases in the country. That would be a good thing, of course — unless it pulls too much focus from climate-tackling strategies that actually challenge the status quo of single occupancy vehicle use, which has environmental impacts far beyond the tailpipe.

The freakout over Mayor Pete at DOT and complete silence on the left about Jennifer Granholm at Energy makes me kind of suspect that maybe all this derision of Buttigieg’s qualifications is… not really about his qualifications at all.

Of course, virtually all climate change experts agree that electric vehicles are a critical complement to greener modes like transit, biking and walking. But studies have shown that over-focusing on cleaner fleets of single-occupancy cars could be a disaster for our emissions-cutting efforts — not to mention our efforts to end traffic violence.

Even if it were logistically possible to replace all gas powered cars in the U.S. in short order — which, to be clear, it’s not — doing so would increase demand on our nation’s electric grid by an estimated 41 percent, which scientists at the University of Toronto say could force the nation’s energy providers to burn even more fossil fuels just to get the new plants built. And of course, electrifying cars alone does nothing to make car crashes less deadly — or to reduce car dependence that has countless negative impacts on American communities.

Biden’s new domestic climate czarina has a bit more experience advocating for the greenest and safest tools in our climate change-fighting arsenal. As the sitting president and CEO of the National Resources Defense Council, McCarthy recently threw her weight behind the INVEST Act, a Democrat-sponsored infrastructure bill which would have required states to spend federal dollars on road maintenance before building new highway miles, as well as increased funding for biking- and walking-related infrastructure by 60 percent. She’s also a longtime fixture on the urbanist lecture circuit and has publicly called for robust transit investment at the federal level.

“Climate change is not politics. It’s 1) real 2) caused by man-made emissions 3) that’s why women need to rule the world… The time for transit innovation is today!” – Gina McCarthy #WomenChangingTransportation at #APTA ??

But McCarthy’s earlier track record as Obama’s EPA boss has made some question whether her support for transit does enough to center the broader needs of the communities of color that disproportionately rely on mass modes to get around.

Most notably, her department’s role in the horrific mishandling of the Flint water crisis sparked outrage in the predominantly Black community, and among antiracist activists nationwide. McCarthy insisted that the Great Lake state bore sole responsibility for getting toxic lead out the city’s water supply, despite her own experts urging her to initiate urgent federal action; Michigan Rep. Tim Walberg told the Detroit Free Press that the move was “reason enough to disqualify her from a senior role.”

@JoeBiden I grew up in Flint and the catastrophe the community still deals w/is a total failure of the government to step up and step in. Appointing Gina McCarthy is unacceptable. https://t.co/Rx7UPTGmeB

But McCarthy was much bolder in her efforts to institute tougher emissions standards on U.S. automakers (and was quick to condemn the Trump administration’s efforts to rollback those regulations.)

Time will tell whether she will be so bold about centering non-driving modes in her more expansive new role — and whether she and her cabinet-mates will continue to focus on simply limiting the worst impacts that cars have on our environment, rather than pushing for a truly green future with fewer cars, period.