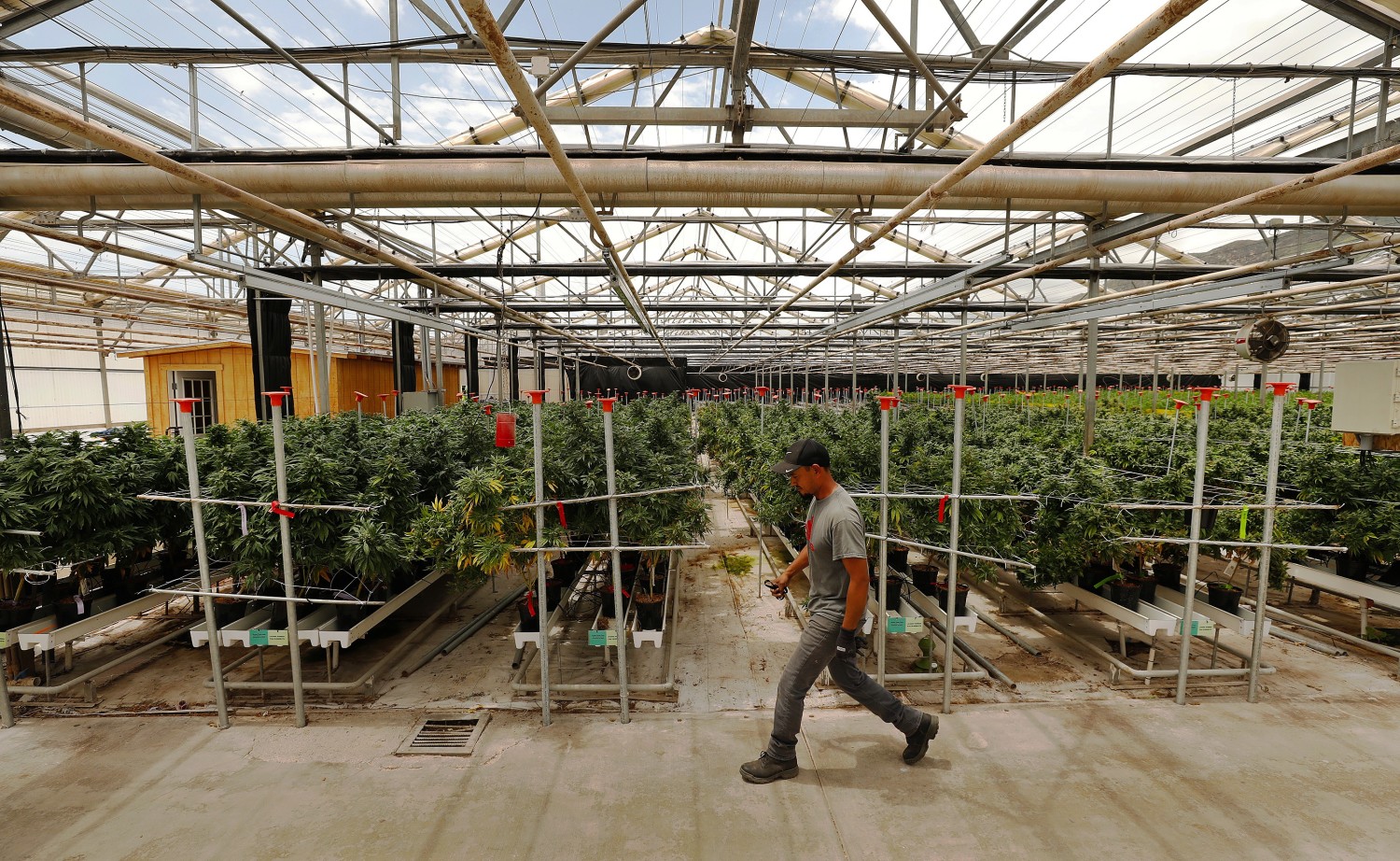 The Senate is preparing to wade into a controversial conversation about federal policies on marijuana after Senate Majority Leader Charles E. Schumer, a Democrat from New York, released draft legislation this month that would legalize weed at the federal level.

The draft bill, known as the Cannabis Administration and Opportunity Act, follows a similar bill that passed the Democratic-controlled House in December and comes as recent polling from the Pew Research Center shows that about 60% of Americans support legalizing marijuana for recreational and medical use.

But Senate Democrats have a lot to balance over the next several months, tasked with drafting and passing legislation on issues such as infrastructure, policing and immigration that President Biden has marked as priorities. As the draft bill jump-starts discussion on Capitol Hill, here’s a look at where marijuana legalization might go.

Isn’t pot already legal in many states? What would a federal bill do?

But cannabis is still illegal under federal law, where it is classified as a Schedule I drug under the Controlled Substances Act.

Possession of marijuana remains a federal offense, punishable by up to one year in jail and a minimum fine of $1,000 for a first conviction.

Because of federal restrictions, marijuana producers and retailers face significant logistical challenges with banking, transporting goods and paying taxes, even in states where the drug is legal.

In 2019, Rep. Jerrold Nadler (D-N.Y.) and California’s then-Sen. Kamala Harris, now vice president, introduced legislation in both chambers of Congress that would have decriminalized marijuana and expunged some criminal records, among other things.

The House passed the legislation in a 228-164 vote in December 2020. It was the first time legislation to remove cannabis from the Schedule I list made it to a floor vote.

The bill ultimately failed to move out of committee in the Senate.

To see also :
Fed may be looking at an earlier increase in interest rates
The Federal Reserve is likely to signal Wednesday that it may nudge…

What does the new draft legislation do?

John Hudak, a senior fellow at the Brookings Institution who researches state and federal marijuana policy, said the draft legislation gives states “quite a bit of deference.”

For marijuana producers and retailers in states where recreational use is already legalized, removing federal penalties for marijuana will solve banking, taxation and transport problems, cannabis reform advocates say.

In places where weed is still illegal, state governments can opt to keep it that way.

However, without federal prohibition, pot-unfriendly states wouldn’t be able to prevent interstate transport of marijuana. Those states would also miss out on tax revenue. Marijuana advocates predict state governments could be pushed toward legalization if the federal draft bill was to be signed into law.

“While it wouldn’t tell Nebraska you have to legalize marijuana, it would say you have to allow marijuana that’s being transported from California to Ohio to be able to pass through on your interstate highway system,” said Justin Strekal, political director of the National Organization for the Reform of Marijuana Laws. “That is going to trigger a tectonic shift in thinking.”

Would the federal government stop all regulation of pot?

No, not under the current proposal. See the article : Column: Long-shelved film focuses on 2003 California recall.

Hudak said the draft legislation takes “a comprehensive approach” and lays out a detailed plan for oversight and regulation of recreational marijuana.

The Food and Drug Administration and the Treasury Department’s Alcohol and Tobacco Tax and Trade Bureau would regulate the production, distribution and sale of marijuana.

In an effort to address past injustices caused by federal marijuana prohibitions, the Justice Department would establish an office to help people convicted of nonviolent marijuana-related violations transition out of incarceration.

See the article :
Ted Cruz goes full movie villain with craven flight to Cancun
Last night, as I did my pandemic-ritualized “any fresh hell?” bedtime media…

What are advocates and critics saying?

Advocates of the draft legislation see it as a rare opportunity to push federal reform on marijuana.

Still, Strekal said the draft legislation continues drug testing for federal employees and, under its proposed taxation structure, would tax medical marijuana. He hopes to see those items changed in the final version.

“Fifty years from now, the implications of the initial bill passed are going to be massive,” Strekal said. “And there’s no perfect legislation, but we want to make sure it’s as close to right as possible.”

Smart Approaches to Marijuana, an organization that supports decriminalization but opposes legalization of cannabis, released a letter from its research advisory board calling for the final legislation to include limitations on potency, advertising restrictions and a ban on flavored products that could appeal to children.

Kevin Sabet, president of the organization, said he would also like to see further discussion about whether legalization might increase the number of DUIs on the road and other public health consequences.

How would federal legalization affect scientific research of cannabis?

Jennifer Bailey, a principal investigator with the University of Washington’s Social Development Research Group who has studied cannabis use, said an end to federal prohibition of marijuana would be “immensely beneficial to science.”

Research on both the harm and potential benefits of cannabis has been slim because it’s difficult for scientists to gain funding and access to marijuana.

Does legalization lead to an increase in use among children?

Researchers believe that adolescent use of cannabis has not risen in states where marijuana has been legalized. In fact, some early studies suggested it could be decreasing.

However, Bailey does see cause for concern when it comes to young children accidentally ingesting edible marijuana products, such as cookies, brownies and candy.

She said states where marijuana is legal have seen rises in accidental ingestion of cannabis by children — even in Washington, where state law bans advertising that could appeal to children.

Because the bill is still just a draft, Schumer and other lawmakers could change it substantially. But in its current form, most experts believe the bill will not pass.

Hudak called the bill “a good conversation starter.” Sabet said he is “not losing a ton of sleep over this.”

But Strekal said similar comments were made about last year’s bill having “no shot,” and it surprised many by passing the House amid the COVID-19 pandemic.

Schumer acknowledged at the draft bill’s unveiling that he does not yet have the votes to push it through the Senate. He would need total support from Democratic senators plus at least 10 Republican votes to overcome a filibuster.

If passed, it’s unclear whether Biden would sign the legislation into law. He has expressed support for decriminalizing marijuana, but not for full legalization. At a recent briefing, White House Press Secretary Jen Psaki said “nothing has changed” regarding Biden’s views on cannabis reform.