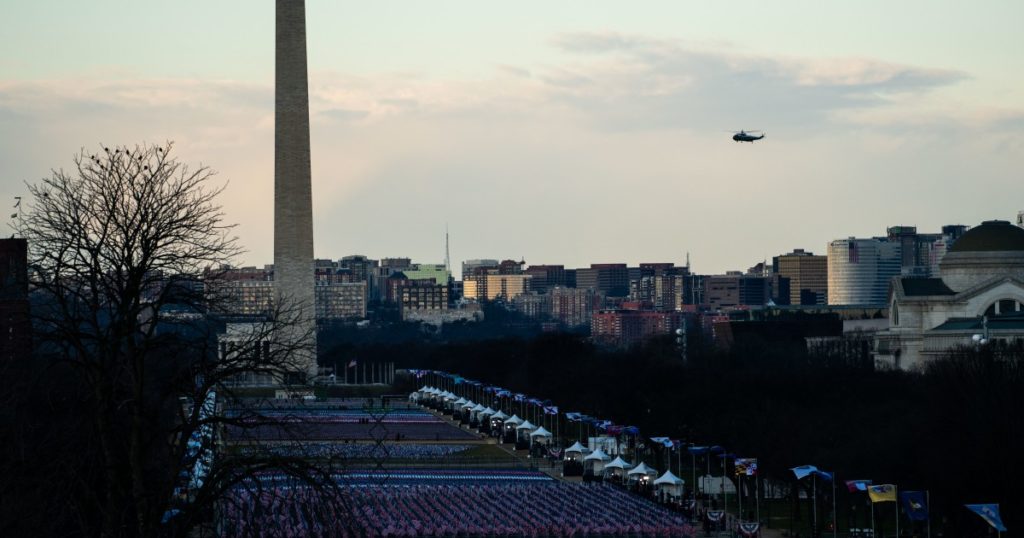 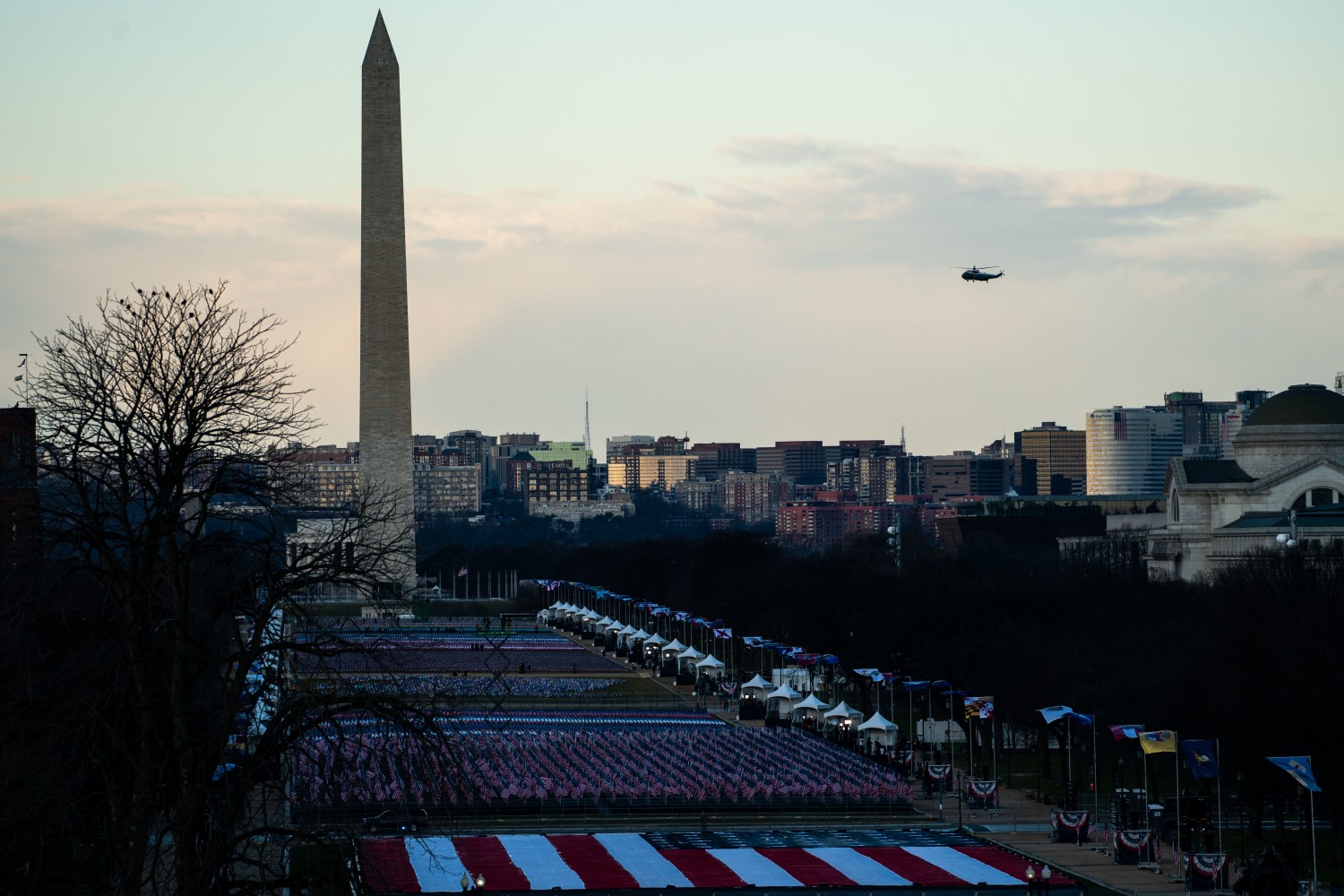 Determined not to repeat the disastrous security failures that permitted a pro-Trump mob to storm and occupy the U.S. Capitol earlier this month, federal authorities transformed Washington on the day of President Biden’s inauguration into a militarized territory patrolled by more than 25,000 troops and police officers.

This time, they were prepared for the worst. But the worst stayed home.

The inauguration’s celebratory events at the White House and the Capitol failed to attract more than a handful of protesters, most of whom were trying to draw attention to garden-variety domestic issues. Unable to access the National Mall, which was closed, or pass through the many security checkpoints, they gathered at the edges of the city’s downtown, where they barely attracted notice.

Crowds of onlookers were similarly sparse. Downtown streets that would normally hold throngs of tightly packed tourists during a typical inauguration were mostly deserted.

Outside the Penn Quarter Street Tavern just north of the mall, about a hundred people gathered on the sidewalk to watch the inauguration on the bar’s television inside. They cheered wildly when President Biden and Vice President Kamala Harris took their oaths.

Among them was a group of young women from California who said they booked their tickets to the nation’s capital as soon as Biden was declared the winner.

“It’s kind of sweet and sour,” said Grace Arzola, a 39-year-old social worker from Riverside County, eyeing the heavy security presence at every corner. “It says it’s no longer a peaceful transition. I’m trained as a social worker to look for danger, but I shouldn’t have to do it here.”

Federal law enforcement officials have been monitoring far-right and extremist groups for weeks. In the days after the Jan. 6 riot on the Capitol, they warned that members of these groups could target Washington — as well as state capitals and other federal buildings — or attempt to infiltrate the inauguration.

On Tuesday, less than 24 hours before the inaugural events were slated to begin, the Defense Department announced it had removed 12 National Guard troops from inauguration duty. At least two of them were suspected of having links to right-wing anti-government groups, law enforcement officials said.

Their removal underscored concern among federal authorities that the greatest threat to a peaceful inauguration could come from the tens of thousands of service members and police officers assigned to guard it. Current and former military and law enforcement personnel were among those who participated in the deadly riot on the Capitol, prompting the Joint Chiefs of Staff to issue a memo condemning the attack as “a direct assault on the U.S. Congress, the Capitol building and our Constitutional process.”

Though the riot brought renewed attention to some service members’ involvement in extremist groups, it is not a new phenomenon — researchers who study militias and white supremacists have previously warned that such groups capitalize on ex-military and law enforcement officers’ desire for purpose and a sense of brotherhood. Leading up to the inauguration, the FBI worked to vet all of the National Guard members deployed to Washington.

Among those who traveled to D.C. to witness one of the tensest swearing-in ceremonies in recent history were protesters urging the Biden administration to adopt more progressive policies and others insisting, without any evidence, that the election had been stolen from Trump.

Thomas Ockerhausen, a 49-year-old doctor from San Antonio who described himself as a “traditionalist, not necessarily a Trump supporter,” said he had attended the Jan. 6 Stop the Steal rally in D.C. but had not been among those who broke into the Capitol. Stopped and questioned by police on Wednesday, Ockerhausen told officers they were on “the wrong side of history,” and said that Trump would become more powerful as a private citizen than he had been as president. “It will be interesting to see what he does,” Ockerhausen said.

Near the Capitol, three protestors antagonized a small crowd of spectators, taunting them with racist comments. A man wrapped in a Confederate flag walked along the security perimeter.

Pedro Alaniz, a chef who had traveled with his daughter from Boston to attend the inauguration, blamed pro-Trump rioters for triggering the extra security measures that kept Biden supporters at a far remove from the ceremony.

“We came over here to witness history, but they said we can’t go inside” the National Mall, he said. “It’s sad. I elected Joe Biden and I can’t go in because of Trump supporters.”

Other attendees said the violent storming of the Capitol had only increased their desire to be present for Biden’s inauguration, even if it meant mostly having a view of fencing and barbed wire, not the actual events.

“I figured we needed to show our support even more,” said Sharon Hardaway, who drove to Washington from Gainesville, Fla., with her friend Earl Brooks. Despite their families’ concerns, Hardaway and Brooks had decided to risk witnessing the history-making moment: the swearing in of the first female vice president — and the first Black and Asian vice president.

Brooks said he has served in the Marine Corps for 20 years as an aviation firefighter, but he was shocked at the number of troops sent to Washington to protect the federal government.

“It’s the kind of thing you expect to see when you deploy [overseas],” he said of the fortress-like security. “But to have to deploy on your own land, to see this type of stuff happen, it’s really sad.”