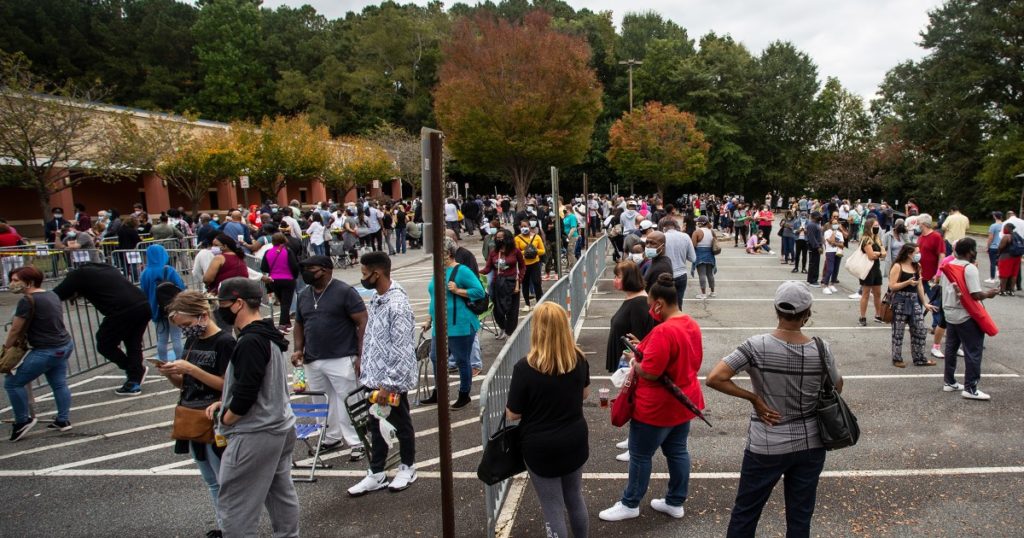 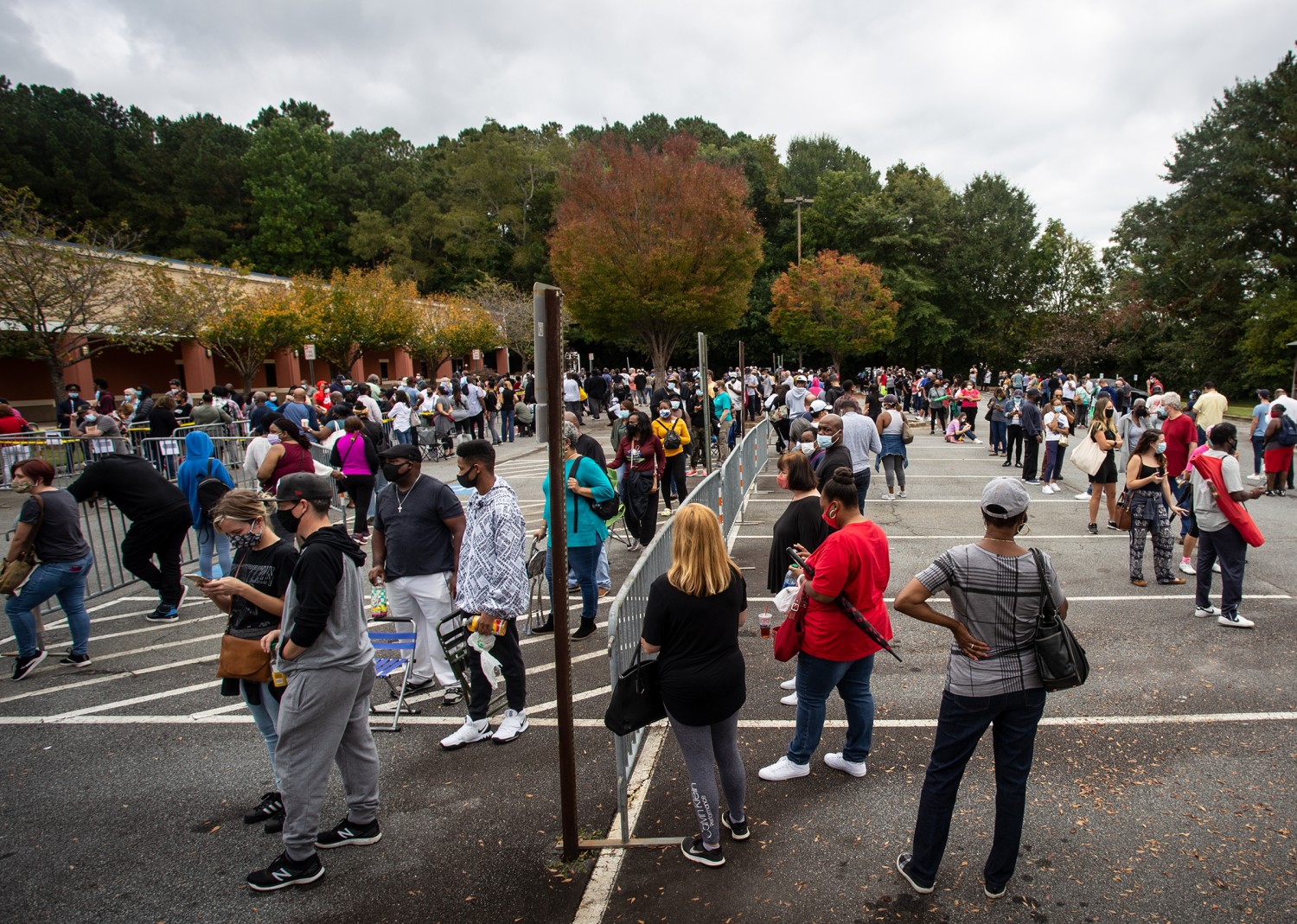 After weeks of tepid engagement, corporate America has plunged fully into the battle over ballot access as business leaders scramble to take more forceful stances against a slew of voting restriction bills in statehouses across the country.

The abrupt outcry came in response to an elections overhaul in Georgia that earned a belated rebuke from Delta and Coca-Cola, two titans headquartered in the state. The uproar culminated on Friday with Major League Baseball moving its All-Star game out of Atlanta. That same day, more than 170 businesses jumped into the fray denouncing hundreds of bills to make voting more difficult, a sign the phenomenon continues to ripple in statehouse such as Texas and into the halls of Congress.

Normally-arcane election administration rules are now freighted with intense political cross-pressures, as liberals demand more vehement denunciations of the proposals and conservatives slam businesses for kowtowing to the left.

Corporations spent much of 2020 vowing to champion equality following a national reckoning over race. They were also quick to proclaim democratic values in response to the Jan. 6 storming of the U.S. Capitol by Trump supporters seeking to block certification of his loss of the presidency. In the fight over voting rights, activists say, businesses must demonstrate how sincere both pledges were.

“What we’ve seen out of Georgia — this is about protecting … Black and brown Americans for their right to vote,” said Yusuf George, managing director of corporate engagement at JUST Capital, a nonprofit that tracks how businesses align with American public opinion.

“If companies are actually standing firm in their commitment to racial equity, not just about speaking up when the time is right, but about putting those commitments to action,” George said.

By taking a sharper position against voter suppression efforts, however, companies risk alienating large swaths of conservatives, who have traditionally championed business-friendly priorities such as tax cuts and deregulation, said Ralph Reed, a longtime evangelical activist based in Georgia.

“At a certain point you’re going to ask yourself, ‘Why are you in favor of lower taxes and less regulations so they can call us bigots and hayseeds and deplorables and tell lies about us?’” Reed said.

Many in the GOP see so-called election integrity as a top concern after former President Trump baselessly characterized the 2020 election as rife with fraud. The allegation was particularly fraught in Georgia, where President Biden narrowly bested Trump in November and two Democrats won Senate elections in January.

Georgia Republicans responded with measures to alter how elections were conducted, part of a broad national trend that has seen at least 361 voting restriction proposals in 43 states so far this year, according to the Brennan Center for Justice, a think tank at New York University.

Some of the most controversial proposals, such as ending no-excuse absentee voting, were ultimately abandoned. The final product was a 98-page omnibus that increased voting access in some ways: expanding early voting in most counties and improving polling place signage. But it also imposed new restrictions, such as ID requirements for mail-in ballots, and prohibited non-election workers from handing out food or water to those in line to vote. The law requires every county to have at least one voter drop box, but also sets caps on the number of boxes, which will dramatically reduce availability in the most populous areas.

Opponents of the bill have at times exaggerated its impact; Biden has repeatedly said the voting hours are shortened under the new law, which is incorrect.

“They don’t even know what’s in the bill,” GOP Gov. Brian Kemp said on Fox Business on Thursday.

With Republicans controlling the Georgia Legislature and governor’s office, voting rights groups looked early on to corporations for backup. In a full-page ad in the Atlanta Journal-Constitution last month, advocates published the names and contact information for top executives of national companies based in the state.

“They have the most powerful lobbyists in the Georgia Legislature. They could’ve stopped this in its infancy had they wanted to,” said Nsé Ufot, chief executive of the New Georgia Project, a voter registration group. “But this obsession with both sides, with bipartisanship for bipartisanship’s sake, is literally killing us and killing our democracy.”

Judd Legum, a progressive journalist specializing in corporate political involvement, said he tried to get “a couple dozen companies” on the record about their position on Georgia’s voting bill last month.

“It seems like they didn’t have much of an appreciation for how much people would care about their stance on this,” Legum said.

Companies largely remained circumspect until after Kemp signed the bill on March 26. Delta initially highlighted how the legislation “improved considerably” before its passage, while noting remaining concerns. The cautiously-worded comment seemed discordant for an airline which has loudly positioned itself as a champion for equality.

“Delta had really built so much of its public image over the past 9-plus months around social justice,” said Henry Harteveldt, an airline industry analyst with Atmosphere Research Group. “When it praised [Georgia’s voting legislation], it seemed disengaged and at odds” with its previous statements.

The airline, which employs more than 30,000 people in the state, followed up days later with more lacerating language, after calls to boycott the company began spreading on social media.

“I need to make it crystal clear that the final bill is unacceptable and does not match Delta’s values,” wrote Ed Bastian, the airline’s chief executive, in a company memo on Wednesday.

The course correction appeared to please no one. The Georgia House advanced a last-minute bill to revoke a tax break on jet fuel, a reaction largely seen as punishment for Delta’s more vigorous denunciation. (The measure sputtered in the state Senate.)

“Are they threatening to move any business?” he asked. “No.”

Ufot, of the New Georgia Project, was similarly unimpressed.

“There is no middle ground in this moment,” she said. “And that is what Delta is experiencing — an attempt to try to straddle the fence and play both sides, and you end up getting screwed.”

She had more praise for San Francisco-based Salesforce, which has a sizable Georgia presence. Salesforce was an early and vocal opponent of the legislation, which the tech company said ran counter to its principles of protecting voting rights.

That public posture was once the exception but quickly became the rule this week. James Quincey, Coca-Cola’s CEO, said the beverage manufacturer was always opposed to the bills but would be “more forceful” in saying so. Brad Smith, president of Microsoft, which is planning a major expansion of its presence in Atlanta, published a lengthy blog post detailing specific concerns.

More than 70 Black executives called on corporations to publicly condemn restrictive voting legislation, an unusual display of public cross-corporate pressure that illustrated how deeply the ballot access fight was resonating in major boardrooms.

The statements marked a departure from companies’ natural instincts to avoid divisive politics.

“Usually the corporate response [is] wait for the next issue because we don’t need to be out there,” said Doug Schuler, professor of business and public policy at Rice University.

But companies that think they can avoid engaging on voting rights are misreading this political moment, said Legum.

“It’s outdated thinking,” Legum said. “Consumers and employees care about the values of the corporation that they either work for or do business with. It’s different than it was 10 years ago or 20 years ago.”

In the past, when the business community mobilized in response to controversial bills, they’ve shown significant influence. In 2015, for example, Indiana faced swift backlash from Apple, the NCAA and Angie’s List, among others, over legislation that allowed individuals and companies to cite free expression of religion as a legal defense, sparking fears that discrimination against LGBTQ people would be protected. After threats of boycott, Indiana Republicans backpedaled on the most controversial language.

The NFL, in the 1990s, withdrew the Super Bowl from Phoenix after Arizonans voted against observing Martin Luther King Jr. Day as a paid holiday. Arizona was stung by boycotts in 2010 as well over a strict immigration law. Executives in the state fear new curbs on voting could do similar damage to the state’s public image.

“Any issue that has the potential to harm Arizona’s reputation and therefore our potential to continue to do very well economically is an issue we’re going to weigh in on,” said Neil Giuliano, president of the Greater Phoenix Leadership, a collective of the state’s top CEOs.

Giuliano’s group has been publicly opposing several voting restriction measures as they advanced through the statehouse — a position he said was necessary to send a clear message about where the business community stands.

“You can’t dance on these issues,” he said. “There are constituencies that are going to want to know what you believe.”

In Georgia, there may be more economic fallout to come.

“Unfortunately, the removal of the @MLB All Star game from GA is likely the 1st of many dominoes to fall, until the unnecessary barriers put in place to restrict access to the ballot box are removed,” Atlanta Mayor Keisha Lance Bottoms tweeted Friday.

Faith leaders in the state have called for a boycott next week of Delta, Coca-Cola and Home Depot.

But Stacey Abrams, the 2018 Democratic gubernatorial candidate, said that boycotts were not yet necessary, and instead encouraged companies to speak out about voter suppression bills in other states, withhold donations to lawmakers who support these bills, and lobby for federal voting rights measures being considered by Congress.

Meanwhile, corporations in other states are bracing for similar battles. Most prominently in the spotlight is Texas, where legislators on Thursday advanced a bill that would clamp down on local officials’ efforts to expand voting access. Among those calling companies to account was former Democratic presidential contender Julián Castro, who challenged Southwest and American Airlines to make their positions known.

Within hours, American Airlines released an unambiguous statement: “We are strongly opposed to this bill and others like it.”