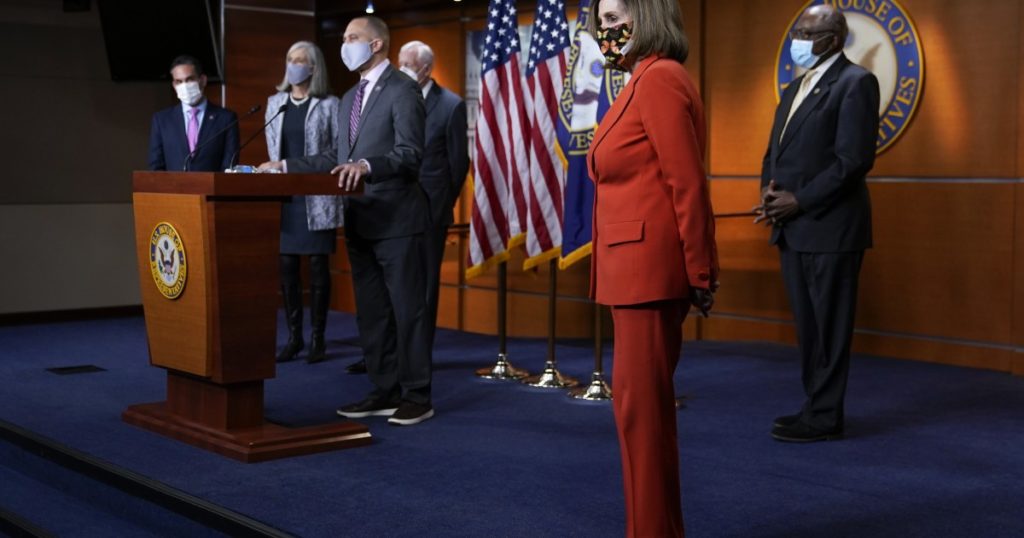 To an extent not seen in a century, America’s two major parties have gone to battle over the rules that govern voting — an intensifying fight that threatens to dominate and embitter the country’s politics.

Skirmishes along the battle line flared repeatedly this week:

At the Supreme Court, Republican and Democratic lawyers clashed over part of the landmark Voting Rights Act. A court ruling that would broadly define the reach of that law “puts us at a competitive disadvantage relative to Democrats,” attorney Michael Carvin, who represented the Arizona Republican Party, bluntly told the justices.

“Politics is a zero-sum game,” he said.

In Congress, the House on Wednesday is expected to pass a bill that would set nationwide standards for federal elections — a major expansion of Washington’s authority that Democrats say is needed to protect voting rights against restrictions in Republican states.

The Democratic effort aims to block bills in Republican-majority state legislatures that would limit mail-in voting, cut back on early voting, impose new voter identification requirements and take other steps that would make voting more difficult.

In Georgia, for example, a bill moving through the Legislature would, among other things, wipe out a day of Sunday voting frequently used by Black congregations, drastically reduce the number of drop boxes available for voters to deposit ballots and impose criminal penalties on groups that give food or water to people standing in line to vote.

People in Georgia, especially in largely Black communities, have “had to wait in extraordinarily long lines to vote, putting in an entire shift, eight hours, standing on their feet,” said Nsé Ufot, chief executive of the New Georgia Project. A law that would “criminally prosecute volunteers who are providing water and snacks,” she said, “is evil — evil and racist.”

The New Georgia Project on Wednesday opened a campaign to pressure major companies based in Georgia, including Coca-Cola and Home Depot, to call on Republican Gov. Brian Kemp to veto the bill if it passes.

Arguments over voting rules are not new to American politics. What is new is the intense focus coupled with sharp partisan division, which, especially on the Republican side has made the issue a major campaign theme.

During House debate on Tuesday, Republican leader Kevin McCarthy (R-Bakersfield) said the Democrats’ bill would “put a thumb on the scale in every election in America so that Democrats can turn a temporary majority into permanent control.”

Former President Trump in a speech Sunday called the bill a “monster” that “must be stopped.”

Democrats and voting rights advocates describe their cause with equal urgency.

“We have a wave of restrictionist legislation being introduced across the country,” said Myrna Pérez of New York University’s Brennan Center for Justice. “People can dress it up in terms of fraud or security, but these things are lies or ruses or pretexts for preserving political power.”

The Democrats’ control of the White House and both houses of Congress gives them a chance — a tenuous one because of their narrow majorities — to block state-based restrictions, at least for federal elections. Their effort to do so comes in two major pieces of legislation.

The one being voted on Wednesday, denominated as HR 1 to symbolize its priority, would set nationwide standards for federal elections, overriding state laws on every step of the process from voter registration to the final counting of ballots.

The bill would require states to allow wide use of mail-in ballots, and it sets a minimum number of days for early voting. It would mandate that states automatically register citizens to vote when they apply for a driver’s license or certain government benefits unless a person opts out — a policy currently in place in California and 18 other states. And it would restore voting rights nationwide to felons who have completed their terms, giving voting rights back to several million people.

The nearly 800-page measure would also establish a national system of public financing of campaigns, which Democrats have long urged as a way to reduce the power of wealthy interests. And it would all but eliminate partisan gerrymandering of congressional districts by mandating that states move to independent redistricting commissions such as the one California voters created in 2008.

A second bill, named after the late Rep. John Lewis of Georgia, would restore key provisions of the Voting Rights Act that the Supreme Court struck down in 2013. The House is expected to pass that this spring.

Among Democratic activists, a widely shared view holds that unless Congress mandates such changes, Republicans’ power to gerrymander congressional districts coupled with new voting restrictions would give the GOP an unbeatable advantage in the 2022 elections and for years to come. Democrats have a two-year window to either pass laws to change the voting system or cede power for a decade, many Democratic activists say.

That partisan intensity makes the current debate very different from those of the recent past, said Harvard professor Alexander Keyssar, author of a major history of the right to vote.

In the 1960s, for example, Congress engaged in marathon debates over voting rights for Black Americans. But those fights, which led to passage of the Voting Rights Act and outlawed poll taxes with the 24th Amendment, split both parties.

After those measures passed, Keyssar said, “there was a thought that these issues had finally been addressed and resolved. There was a sense that the country had reached a consensus on democracy.”

“That has unraveled” now, he added. “That makes the moment very fraught.”

The hangover from last year’s campaign and Trump’s insistent false claims that Democrats stole the election have fueled passions. Even before Trump, however, battles over voting had begun to intensify, in large part because of the unusual nature of current American politics.

Since the 1990s, Republicans nationwide have rarely won a majority: GOP presidential candidates have gotten fewer votes than their opponents in seven of the last eight presidential contests, a historically unmatched streak.

But Republicans’ strong support in rural America turns out to match up almost perfectly with parts of the U.S. system that limit majority rule — the electoral college, the equal representation of small and large states in the Senate and the ability of elected officials in most states to control the drawing of election districts though gerrymandering. That has allowed the GOP to exercise far more governmental power than its share of votes.

In the Senate, for example, the 50 Democratic or allied independent senators represent almost 42 million more constituents than the 50 Republicans, as Ian Millhiser of Vox, the online news site, recently calculated by totaling up state populations.

By historical accident, the GOP’s big gains in 2010 — in part a backlash against the election of the nation’s first Black president — handed the party the ability to entrench its power exactly when district lines were being drawn after that year’s census, heightening the feeling among many Democrats that the GOP had rigged the system.

Since then, the last few elections have seen extremely high turnout — 2020’s turnout set the record for the share of the adult population — and “a lot of Republicans believe they came out on the short end of that,” said John J. Pitney Jr., a political science professor at Claremont McKenna College and a former GOP official.

“There’s not a lot of evidence for that, but they believe it,” Pitney said.

Racial politics makes the division of power even more tense: The minority on which the GOP relies is an older, overwhelmingly white and mostly rural population that in many cases sees itself pitted against a growing number of immigrants and people of color who mostly vote for Democrats.

What happens next, like many things in American government, will depend on the evenly divided Senate. The fight to get any of the Democratic measures passed could become the issue that blows up the chamber’s rules, which in effect require 60 votes for most legislation.

Republican leaders have vowed to block the Democratic legislation, although some Democrats believe the GOP will hesitate to use a filibuster against the bill to update and restore the Voting Rights Act, one of the major accomplishments of the civil rights era that for years won bipartisan support.

For now, bipartisanship on voting seems like a relic of a bygone time.

“It’s really hard to play when each side thinks the other is cheating,” Pitney said. “These hard feelings are going to persist.”