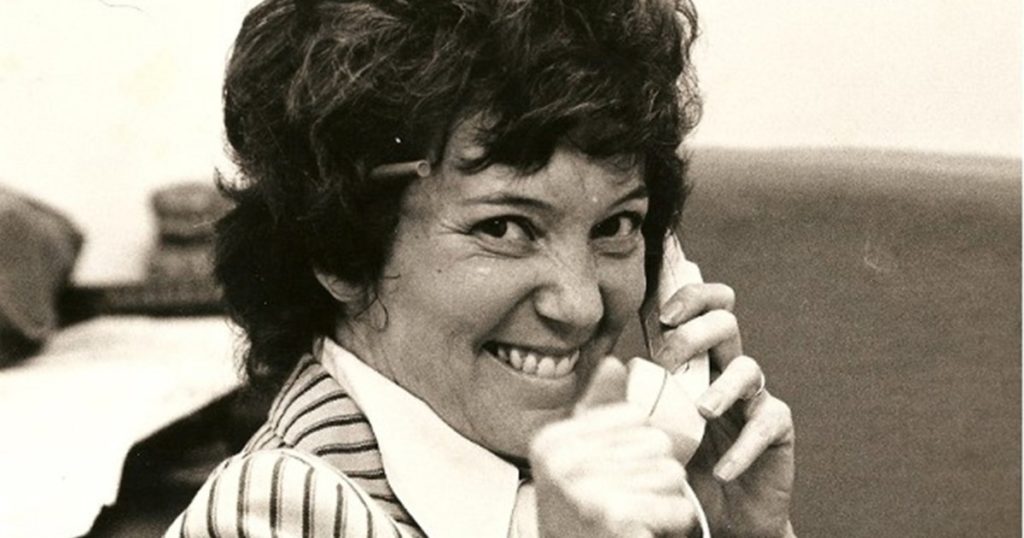 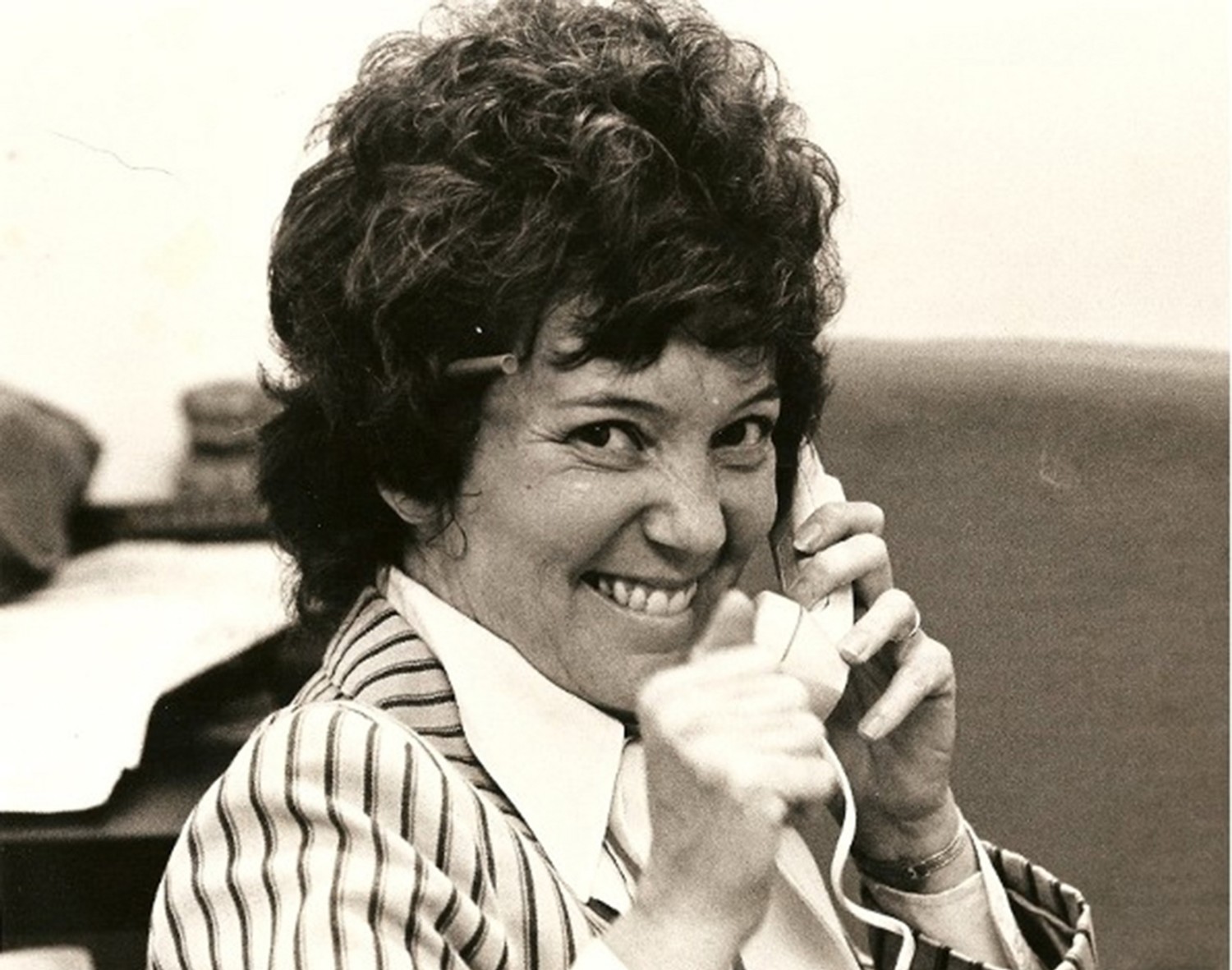 Ellis served as the Sacramento bureau chief for The Times for seven years until her retirement in 2008 but spent more than four decades in journalism. She joined the newspaper in the late 1980s after covering statehouses in Florida and Texas.

“She thought that government should play an important role in people’s lives and that someone should be making sure that the role was carried out properly,” said her son, Barry Schnitt. “She had a nose for finding out when it wasn’t and explaining why.”

Ellis is also survived by her husband, Paul Schnitt, whom she met in Florida and who also had a long newspaper career in Texas and Sacramento.

The investigation by Ellis into the actions of California Insurance Commissioner Chuck Quackenbush led to her selection as a finalist for the Pulitzer Prize in 2000. Her coverage of the scandal won that year’s George Polk Award for political reporting. She was appointed bureau chief the following year.

Colleagues remember Ellis as a persistent advocate for those who were failed by the government they had elected, a journalist who fought to break barriers placed in front of women in newsrooms throughout the 1970s and ‘80s. In her first job with the Palm Beach Post in Florida, she was assigned to cover politics but required to sit in a section of the newsroom reserved for the women who wrote about society and fashion.

“She would not be deterred,” said Evan Halper, a Times staff writer who succeeded Ellis as Sacramento bureau chief. “She had a way of building sources in places others were not looking, and a style that was in contrast to the gruff, testosterone-driven cliches of the era.”

Soon after arriving in Sacramento, Ellis wrote her first story about Quackenbush, a relatively unknown Republican in the state Assembly. By 1994, the legislator was elected California insurance commissioner and became one of the party’s most visible statewide leaders by the time he was reelected in 1998.

Ellis’ first stories on what would ultimately lead to a major investigation of Quackenbush were published in the summer of 1999, when the insurance commissioner faced criticism for allowing a top aide to simultaneously hold four state agency jobs while also running a private law practice.

The following spring, she reported that Quackenbush had collected campaign contributions from insurance companies and used the money to repay loans made to his wife’s failed legislative campaign. Additional funds were paid into an educational foundation after the California Department of Insurance shelved its investigation into claims filed after the 1994 Northridge earthquake.

In doing so, Ellis reported, recommendations from state lawyers for steep fines against some companies were ignored. In other cases, companies were coerced into making contributions to the educational foundations by the display of fake, sensationalized news stories.

Linda Rogers, who was Ellis’ editor at The Times, said the tenacious reporter’s curiosity was first piqued by television commercials in 2000 featuring Quackenbush, ads that prominently featured the ambitious Republican offering advice to victims of the earthquake but seen by some as largely a way to boost his political standing.

“She was the quintessential watchdog, outing those in public service who were serving themselves instead,” Rogers said. “She couldn’t be intimidated. She saw things other journalists didn’t see, which made for great stories.”

A raft of accusations against Quackenbush roiled Sacramento politics throughout the spring of 2000. State officials investigated the spending of $3 million on television ads featuring Quackenbush, paid from a settlement fund expected to be used to help earthquake victims. A separate fund was found to be spending money on public relations efforts.

On June 28, 2000, Quackenbush submitted his resignation “under the cloud of a criminal investigation and facing certain impeachment,” as Ellis and staff writer Carl Ingram wrote for The Times in a front-page story the following day.

Ellis was praised for her “persistent reporting that exposed extensive financial improprieties” in receiving a nomination for the Pulitzer Prize the next year. But the praise had little effect on her practical sensibilities, said family and colleagues. When her coverage of Quackenbush was awarded the Selden Ring Award from USC that year, she used the prize money to pay for repairs to the roof of the family house in Sacramento.

Ellis was a Florida native and worked at newspapers in Palm Beach and Tampa before joining the staff of the St. Petersburg Times in 1967, where she initially covered local politics and later served as the newspaper’s Tallahassee bureau chief from 1975 to 1980. She then moved to Texas and was Austin bureau chief for the Dallas Times Herald from 1980 to 1988, focusing her efforts on the conditions in the state’s nursing homes — leading to action by state legislators — and later on a high-profile investigation of mental health conditions in Texas prisons.

She joined The Times in Sacramento in 1988. State politics columnist George Skelton, who preceded Ellis as bureau chief, said she possessed all the traits one would want in a seasoned, watchdog reporter. When she applied for a position with The Times in Sacramento, Skelton was flooded with calls from her former colleagues from around the country, urging the newspaper to hire her.

“She was a very hard-charging journalist. Very accurate, persistent and tenacious,” Skelton said, adding that she never shied away from sticking up for her employees against management when budget cuts loomed on the horizon.

Former colleagues said she was a tireless mentor to young journalists. And friends and family alike note that Ellis knew how to charm those in government, when needed, to ensure they’d tell her their story.

“She had a way with people because she [was] a kind and honest and generous person,” said Schnitt, her son. “It was disarming, sometimes to that person’s peril.”

After retiring from journalism, Ellis served from 2011 until 2014 as a member of the state’s Little Hoover Commission, an independent agency tasked with examining California government operations.

In an interview with the Sacramento-based Capitol Morning Report in 2008, she said covering the work of legislators and state officials was one of the best jobs in journalism.

“It has great powers and it has influence over all these areas, and hardly anybody covers it,” Ellis said.