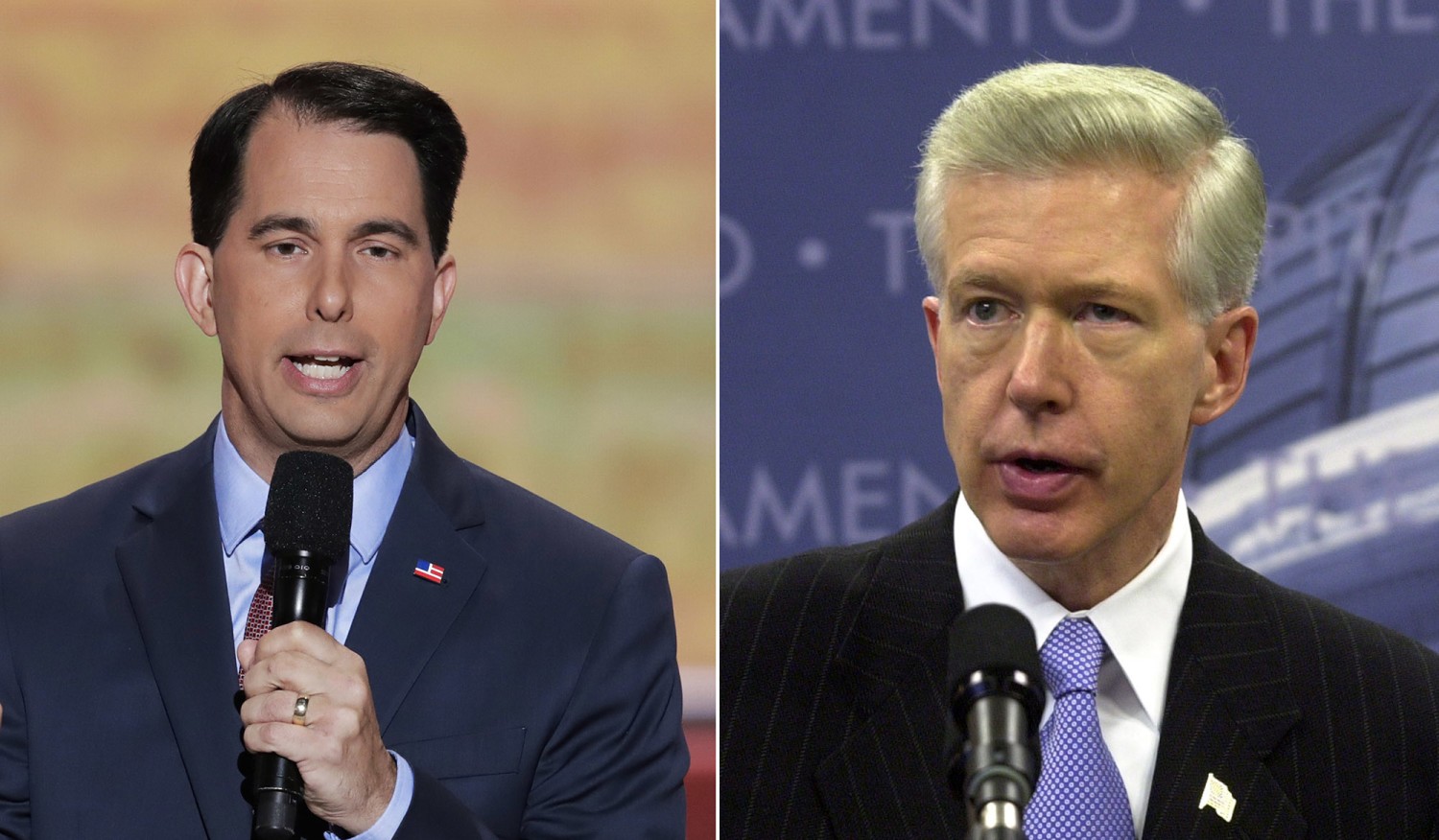 In the whole history of the United States, there have been just three gubernatorial recall elections. One person has seen two of them up close.

Paul Maslin was part of the political brain trust that helped elect Gov. Gray Davis twice, then failed to stave off the California recall that bounced him from office in 2003. As it happened, Maslin lived in Wisconsin where, in 2012, the Democratic pollster was among those working in a failed effort to replace the state’s Republican governor, Scott Walker.

(The only other gubernatorial recall election took place in 1921 when North Dakota voters ousted Republican Lynn J. Frazier, who went on to life in the U.S. Senate.)

As a participant in the two most recent recall elections, Maslin has a unique perspective on the current effort to drive California Gov. Gavin Newsom from office — he thinks the Democrat will survive — and a belief the recall process, a bequest of the country’s Progressive era of politics, may work better in theory than practice.

Speaking from Madison as soft winter sunlight filtered into his living room office, Maslin began by noting one similarity between the recall attempts of the past 20 years. Each stemmed from an extraordinary level of anger coupled with the modern capacity to harness that discontent, which, Maslin suggested, makes it all but certain Newsom will face voters sometime in 2021 — a year ahead of California’s next scheduled election.

Organizers have until March 17 to turn in the nearly 1.5 million voter signatures needed to force a recall.

“With the way social media works and grass-roots organizing works now, I think that if there’s any kind of a serious reason to do this for whatever reason — ideologically, politically, concern about a particular issue, which is obviously part of the case with Gavin — they qualify,” Maslin said. “You can’t stop this.”

Newsom and Walker come from different states and different political parties. But Maslin said as recall targets the two have more in common with one another than with Davis.

California’s governor had a dismal 40% approval rating the day he won a second term in November 2002, prevailing largely because voters considered him less bad than his bumbling Republican opponent, Bill Simon Jr.

The recall, which qualified less than a year later, amounted to a kind of do-over, giving voters a second chance to vent their frustrations over a smorgasbord of grievances, which included a boost in the state car tax, a looming budget deficit and Davis’ handling of a crippling electricity crisis. (Which, it turned out, was driven in good part by the underhanded and illegal actions of the corrupt Enron Corp.)

Davis also faced the dazzling candidacy of Hollywood action star Arnold Schwarzenegger, one of a color wheel of 135 candidates who presented themselves as replacements for the beleaguered incumbent. Schwarzenegger, it is safe to say, was no Bill Simon.

By contrast, Wisconsin Gov. Walker was barely in office when the recall effort began. The move was driven largely by a single issue, a budget austerity measure that ended collective bargaining for public employees. What started as a union-led movement quickly snowballed, though by the time Walker faced voters — more than a year after recall petitions began circulating — some of the anger against him had dissipated.

In Newsom’s case, the recall effort is grounded largely in unhappiness with his handling of the COVID-19 pandemic and, in particular, his start-again, stop-again shutdown orders. If circumstances improve and life gets back to something closer to normal, that could similarly ease some of the antagonism.

In both California and Wisconsin, there is also the question, why now? Walker was just about 18 months into his term when voters went to the polls. Newsom would have just about a year remaining before he faced reelection.

“What’s the urgency?” Maslin asked, previewing what is certain to be one of the main arguments against a California recall. “In 2022 you can vote up or down on Gavin Newsom in the regular order of things.” (Though a less-than-impartial observer, Maslin is not a part of Newsom’s political team.)

There is a key difference in how each state conducts a gubernatorial recall.

Once it qualified, there was no yea-or-nay vote on removing Walker. Instead, he faced a Democratic primary winner who turned out to be Milwaukee Mayor Tom Barrett, the same candidate Walker defeated in 2010. Barrett, it should be noted, was also no Schwarzenegger.

“So essentially, [Democrats] were saying, ‘We’re gonna give you the same choice you already made,’” said Maslin, who worked for one of Barrett’s primary opponents. “And voters said, ‘You know, we have mixed feelings about Walker, but we’re not throwing him out of office.’”

In California, the vote consists of two questions on the same ballot: up or down on whether to remove Newsom and a separate choice on who should replace him if the recall passes. In a crowded field, a candidate could be elected governor with substantially less than a majority of the vote, which makes it possible for a Republican to win despite the state’s strong Democratic leanings.

That political lopsidedness is the most important difference between California and Wisconsin. The latter is split just about evenly between Democrats and Republicans; over the past two decades Wisconsin has seen some of the country’s hardest-fought campaigns. In California, Republicans haven’t won a statewide office since George W. Bush was in the White House and the BlackBerry was a cutting-edge smartphone.

Newsom “has the partisan wind behind his back,” said Maslin, an advantage Davis lacked at a time Democratic registration wasn’t nearly as overwhelming and partisan polarization was less acute.

The recall was one of the “direct democracy” reforms advocated by Progressive leaders like California’s Hiram Johnson and Wisconsin’s Robert La Follette as a means of wresting political power from the corporate monopolies and special interests of the late 19th and early 20th centuries. Today, 19 states allow their governors to be axed before their term ends.

Having been involved in two such elections — and witnessing the sway of special interests — Maslin now questions whether the recall still serves its intended purpose.

“On the one hand, I’m a believer in democracy and the public having the ability to shake up what seems like an inside game lots of the time,” he said. On the other, Maslin went on, the process “has been manipulated by both sides.”