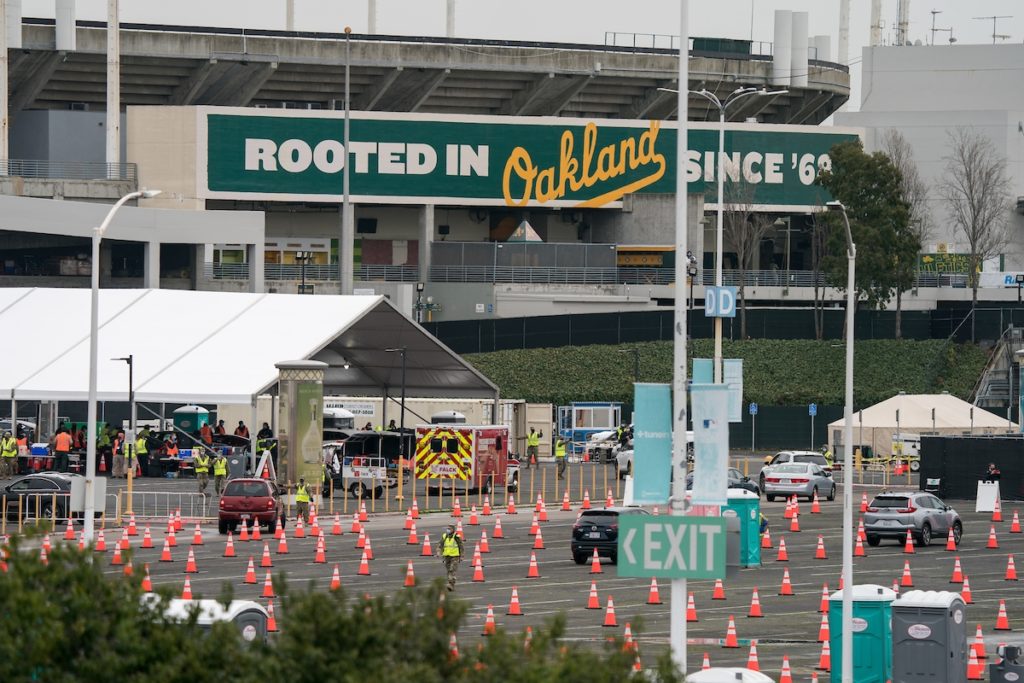 BART officials are meeting with Alameda County this week in an effort to lift the ban on pedestrians and cyclists getting vaccinated at Coliseum BART. “BART staff are discussing a possible accessible site in the BART parking lot,” wrote BART Director Robert Raburn, in an email to Streetsblog.

As Streetsblog reported last week, despite months of promoting free BART tickets for people to get their vaccinations at the Coliseum, California’s Office of Emergency Services abruptly banned people on foot or bike from getting jabs last week. The latest information from BART is that the “Pedestrian Village” part of the Coliseum vaccination facility will be open next week only for those who need their second dose. Aside from that, there are no plans to keep the site available for anyone who doesn’t arrive by automobile, truck, or motorcycle.

“We continue to be very concerned about the pedestrian village being closed,” said BART spokesperson Alicia Trost. “We want our riders and the region to have transit-friendly vaccination sites and we have offered our parking lots as vaccination locations to health departments, providers, and community organizations.”

Shutting out people without cars is bad for the environment, bad for public health, and worsens inequities in access to vaccination. Join in asking Alameda
County Board of Supervisors to restore access:https://t.co/7Z4Y1ObzCm

As seen in the above tweet and reply from Rebecca Kaplan, Vice Mayor of Oakland, advocates and some lawmakers are pushing to salvage the situation. “…we are looking to still provide accessible service to those who want to get vaccinated at the site but don’t have a car,” wrote Jared Savas, a staffer to Alameda County Supervisor Wilma Chan, in an email to Bike East Bay that was forwarded to Streetsblog. “To that end, the County is in discussions with BART about providing recurring pop-up sites at BART stations (including the Coliseum stop). This will allow residents who rely on public transportation to easily and conveniently receive their vaccination without having to make the long walk down to the Pedestrian Village. More information on this partnership should be provided soon.”

When Streetsblog inquired last week how the decision to ban pedestrian and bike access was made, the answer from Neetu Balram, a spokesperson for Alameda County Public Health Department, was that “The Pedestrian Village has served an important function, but it remains underutilized…”  Streetsblog has since asked for numbers and more information and will update this post.

That said, months ago BART started offering free tickets to anyone getting a vaccine at Coliseum. “To date 2,774 have been used,” said Trost.

“The number is a subset that does not include walk-ups, AC Transit, paratransit, nor even all BART riders,” added Raburn, who noted that he didn’t take a free ticket when using BART to get his second jab. That means considerably more than 2,774 people got a shot at the Oakland Coliseum without the use of a car. And while that’s a small fraction compared to the number of people who drove, “it’s not insubstantial,” said Bike East Bay’s David Campbell, noting that people who came or are now coming by BART, only to get turned away, may end up not getting vaccinated at all.

The whole pedestrian village nonsense is over-engineered pseudo science. At the Bayer site you just walk alongside the cars. The largest amount of pedestrian infrastructure was the waiting tent and a single chair in the vax tent the cars drove up to for pedestrians.

He added that, as with the tweet above, he remains puzzled by why this is an issue at all. “If a motorcycle rider can go in there for a shot, why not someone on an e-bike, or a pedal-powered bike?”

Campbell and others also remain peeved at the poor marketing and contradictory messaging. Despite Streetsblog’s coverage and an SF Chronicle post last week, there are multiple public agencies still providing incorrect information online and encouraging people to take public transportation to the Coliseum for a vaccination.

Meanwhile, back in February, Alameda County Public Health official Grady Joseph told NBC News in a report about the Coliseum site that: “we need to make sure that we’re able to effectively serve populations both with vehicles and then obviously, most important, those that lack access to cars.” And a joint release earlier this month from the County declared that “Equity has been a top priority at every step of the vaccine distribution process.”

Bike East Bay has set up a site with contact information for advocates to push to reopen the Coliseum site to people not in cars. 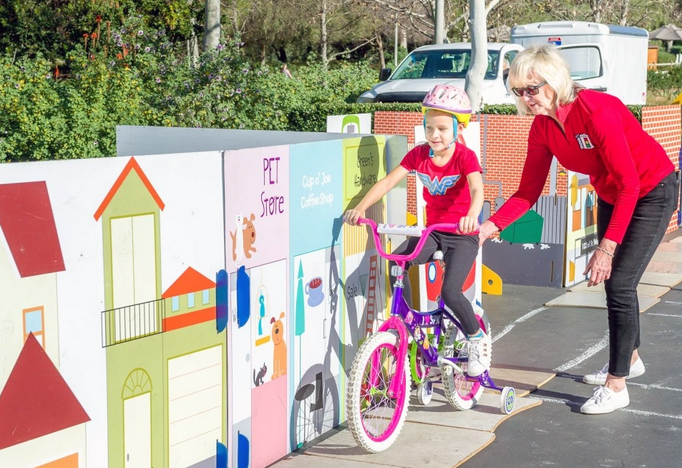 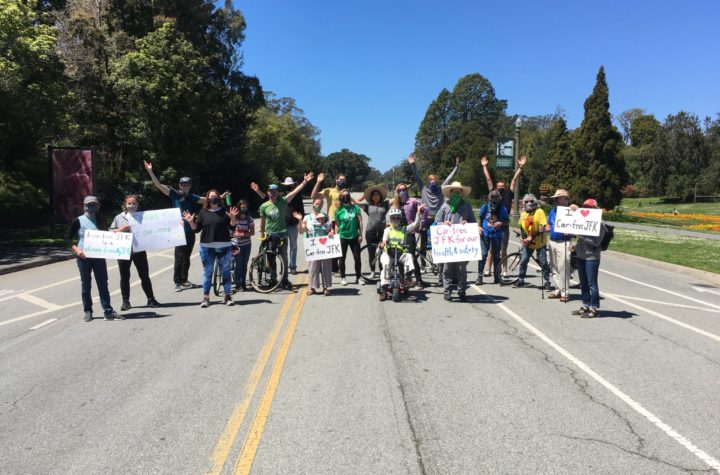 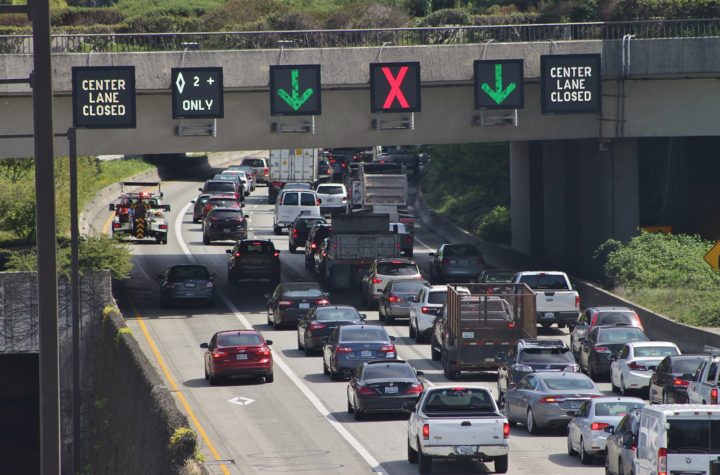