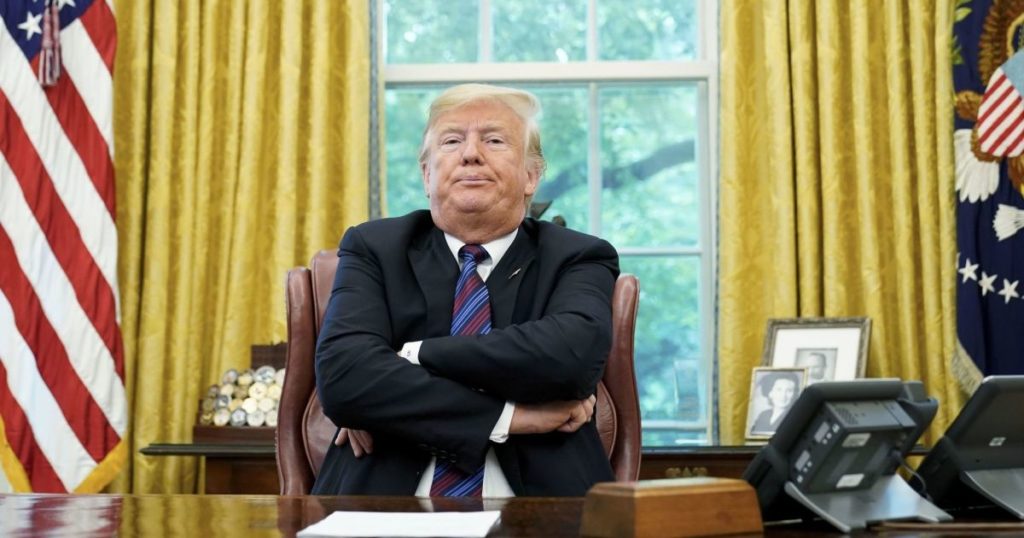 The Trump administration didn’t hesitate to side with a Colorado baker who nearly a decade ago insisted that his religious beliefs allowed him to refuse service to a same-sex couple seeking a wedding cake.

But President Trump and his allies were livid when Twitter exercised its own commercial prerogative and banned him — not to mention tens of thousands of his conspiracy-minded supporters — after Trump’s incendiary words helped spark last week’s rioting at the Capitol.

They were equally incensed by Amazon using similar reasoning this week to remove the conservative social media site Parler from its web-hosting servers.

“Free Speech Is Under Attack!” screamed the president’s son Donald Trump Jr. on Twitter. “Censorship is happening like NEVER before!”

The message from conservative quarters is that a company has every right to refuse service to customers it doesn’t want, except when those customers are people conservatives like.

That inconsistency is reminiscent of how conservatives are all for states’ rights, except when it concerns things they have strong feelings about — in which case, let’s defer to good old Uncle Sam.

I spoke with a number of experts in constitutional and consumer law. They all said that, legal minutiae notwithstanding, the Colorado baker and Twitter cases largely hinge on the same philosophical principle.

“When it comes to private businesses, the general rule is the business can determine the customers it will serve,” said Richard Alderman, director of the Consumer Law Center at the University of Houston.

“This is the rule that would apply to social media denying certain individuals the right to use their platform,” he told me.

Things are more complicated, however, when protected classes of people are involved.

“If there is an anti-discrimination law, that will usually trump the rights of the business,” Alderman said. “For example, a business cannot establish a rule that would result in it not having to sell to African Americans, Jews or women.”

Protected classes include cases involving race, age, gender and ancestry. Being president isn’t a protected class, regardless of how often one tweets about “presidential harassment.”

“There is no law prohibiting discriminating against presidents,” said Frederick Schauer, a law professor at the University of Virginia.

Jeff Sovern, a law professor at St. John’s University in New York, said Twitter and other social media sites are on relatively solid ground in shutting their digital doors to some users.

“Twitter says that it banned Trump because of the risk of further incitement of violence,” he observed. “As far as I know, no state law bars discrimination against people who incite violence. In terms of the law, it’s as simple as that.”

The U.S. Supreme Court ruled 7-2 in 2018 in favor of the Colorado baker, Jack Phillips, deciding that he was treated unfairly because of his religious beliefs by the Colorado Civil Rights Commission.

“The broader issue of whether a business can discriminate based on religious grounds remains unclear,” the University of Houston’s Alderman noted.

Eugene Volokh, a law professor at UCLA, said it’s one thing for a small bakery to refuse to make someone a cake when there may be alternative bakeries nearby. It’s another matter when you’re talking about a social media site that may be the predominant venue for communicating.

“There is a public value to freedom of discussion and freedom of political activity,” Volokh argued.

True. But does that oblige a private company to include your voice in any such discussion or activity? Most experts say no.

Nor is it very persuasive for Trump, members of his family and others to insist that the president has a First Amendment right to post his opinions on Twitter. (“Free-speech no longer exists in America,” tweeted Don Jr.)

Trump does not have a free-speech right to tweet. Nor does anyone else.

The First Amendment right to free speech applies to government entities; that is, the government can’t censor or limit your right to express yourself.

It does not apply to private companies.

In Twitter’s case, the company decided after years of accommodating Trump’s controversial opinions that he’d crossed a line the day of the Washington riot and immediately afterward.

Trump’s tweets “are likely to inspire others to replicate the violent acts that took place on Jan. 6, 2021,” the company said in a blog post. It added that “there are multiple indicators that they are being received and understood as encouragement to do so.”

No shirt, no shoes, no service. Or in this case: No peace, no civility, no tweeting.

“It’s perfectly sensible, perfectly rational, to say that businesses can choose to deal with whoever they want,” said UCLA’s Volokh.

Anyone who cheered on the Colorado baker’s right to turn away customers based on religious grounds should have no issue with Twitter turning away users based on public safety grounds.

Unless conservatives think rules they don’t like shouldn’t apply to them.