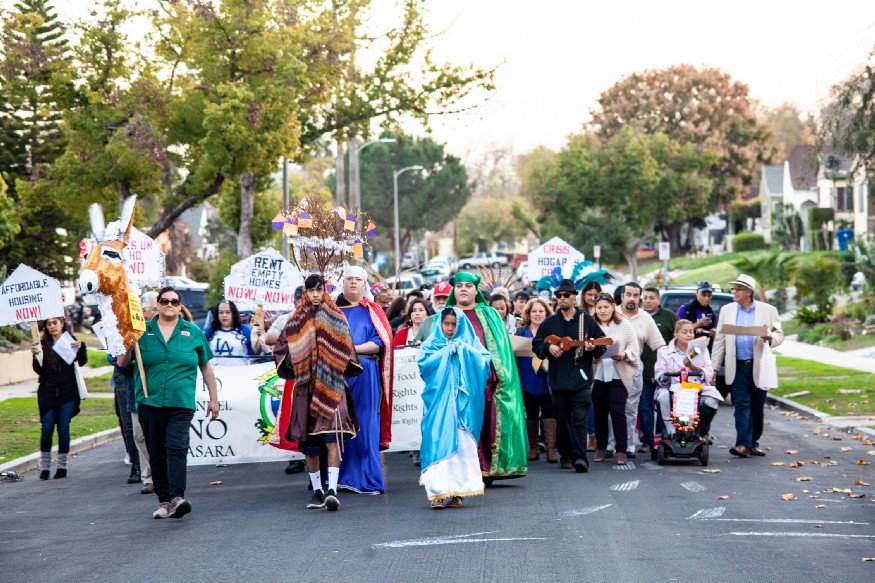 It’s been five years since Metro ended the I-710 “Big Dig” project that proposed to extend the 710 Freeway by digging a $6 billion tunnel under the cities of Pasadena and South Pasadena. Starting back in the 1960s, Caltrans began purchasing homes to tear down for this planned freeway expansion. With the project dead, hundreds of these homes were saved.

With Caltrans dragging its feet on letting go of those homes, new legislation – Senate Bills 51 and 381 – proposes forcing the agency to finally relinquish these properties and setting up a system to do so. One might think this would be welcome news to those living in the homes, but the message to Senators Maria Elena Durazo and Anthony Portantino who are sponsoring the legislation is more “thanks, but no thanks.”

United Caltrans Tenants (UCT), an advocacy organization for Caltrans renters in El Sereno, Pasadena, and South Pasadena, oppose the proposed senate bills. UCT has given up hope that Caltrans will be an honest broker in any transactions with tenants, and is hoping that the California Transportation Commission (CTC) that oversees Caltrans will step in. UCT urges CTC to turn over the sale of these homes to either the L.A. County Department of General Services or to local city governments (Los Angeles, Pasadena or South Pasadena).

“Unlike Caltrans, local governments have an interest in preventing evictions and making successful sales to tenants because these are their constituents,” explains Timothy Ivison with UCT.

“The cities need property back on their tax rolls, they want to take action on affordable housing, and they want to put the 710 housing question behind them. Caltrans could use the agreements to pursue their new equity objectives and finally move on to more important projects in the region.”

State legislation passed in 1979, commonly known as the Roberti Bill or just Roberti after its author, required that Caltrans first offer the properties to existing tenants at the 1965 sales price minus the cost of any improvements needed to make the property safe and sale ready. Caltrans is claiming that Roberti allows them to adjust the sales price with inflation and not just sell at the the literal cost from 1965.

Portantino and Durazo’s proposals would amend Roberti to encourage the quick sales of the houses. Durazo seeks to change the law only in El Sereno and Portantino only in South Pasadena.

Senate Bill 51 is Durazo’s legislation. It restates that current Caltrans tenants have the right of first refusal to purchase the properties where they currently reside. However, it specifically bans tenant led co-ops from purchasing the property in the Northeast Los Angeles community of El Sereno and instead encourages developers and non-profits from outside the community to purchase the property provided they rent it at affordable rates for the next 55 years. SB51 has already cleared the Senate and committees in the Assembly. As of this writing, there is no scheduled Assembly floor vote, which would be the last step before it heads to the Governor’s desk.

“Why should Caltrans tenants in El Sereno have fewer rights than Caltrans tenants in South Pasadena?” continues Ivison. “We actually think it would violate state and federal fair housing laws and we have asked legislative council to review the issue.” Read UCT’s letter to the State Legislative Counsel.

The Tenant’s Union estimates that, if passed, S.B. 51 would lead to the displacement of 100 families living in these homes in El Sereno, because they don’t have the means to purchase the home but make too much to qualify for affordable housing.

“The Roberti Bill, encourages ownership, but S.B. 51 does not,” writes UCT in a statement posted at the South Pasadenan. “Senator Durazo’s S.B. 51 establishes rental options for those under 120% of the average area median income, displacing families that fall through the cracks one again.”

Further frustrating United Caltrans Tenants is a lack of communication from Durazo’s office before the legislation was introduced. Streetsblog reached out to Durazo’s office for comment on this story by calling their local and Sacramento offices. As of this printing, neither office has responded.

S.B. 381 (bill homepage, fact sheet), authored by Senator Portantino and sponsored by the city of South Pasadena, would also give the right of first refusal to current Caltrans tenants. If tenants are unable or unwilling to purchase the land, the next entity in line to purchase would be the cities where the properties currently exist. From there, cities could transfer stewardship of the property to a non-profit housing organization that would have to maintain it for 55 years as affordable housing.

SB 381 has passed the Senate Transportation Committee but still needs to be heard by other Senate Committees before it heads to the Senate floor and then to the Assembly.

Another major difference between the two pieces of legislation is how they treat the existing Caltrans tenants, especially those living in El Sereno.

Roberti allows tenants making up to 150 percent of area median income to continue renting their homes if they choose not to buy from Caltrans. In S.B. 51, the income ceiling would be lowered to 120 percent under new housing covenants. After vigorous debate in South Pasadena, S.B. 381 has been amended to accommodate all Caltrans tenants, but S.B. 51 has not.

While UCT and its allies are opposing these two pieces of legislation, they aren’t just asking – they are looking for updates to the promises of Roberti.

“We want a new agreement with Caltrans, the cities, and the CTC. Since the CTC reviews all Caltrans expenditures and land sales, the idea is that we begin a conversation with them about taking direct control of the 710 sales program,” writes Ivison.

At the CTC’s January 28th meeting (video), Chair Hilary Norton (who lives in nearby Eagle Rock) suggested that the agency might turn over the home sales and other issues related to the 710 corridor to California Department of General Services, since Caltrans had not been able to demonstrate meaningful progress. Commissioner Michele Martinez (from Orange County) also suggested that they “give the properties directly to the cities if HCD [California Department of Housing and Community Development] and General Services can’t work with them.”

UCT is supported by a tapestry of tenant organizations including Reclaim and Rebuild Our Community which earned local press when members “moved in” to vacant El Sereno Caltrans housing the night before Thanksgiving last year and were forcibly removed by members of the California Highway Patrol.

Caltrans continues to pursue freeway widening projects that adversely impact housing – though this destruction may be changing. Just this week, Caltrans Director Toks Omishakin pledged to put the agency’s widening of the lower 710 Freeway on hold. That southeast L.A. County project was slated to demolish more than a hundred homes in the 710 corridor, mostly in Lynwood, Compton and Long Beach.