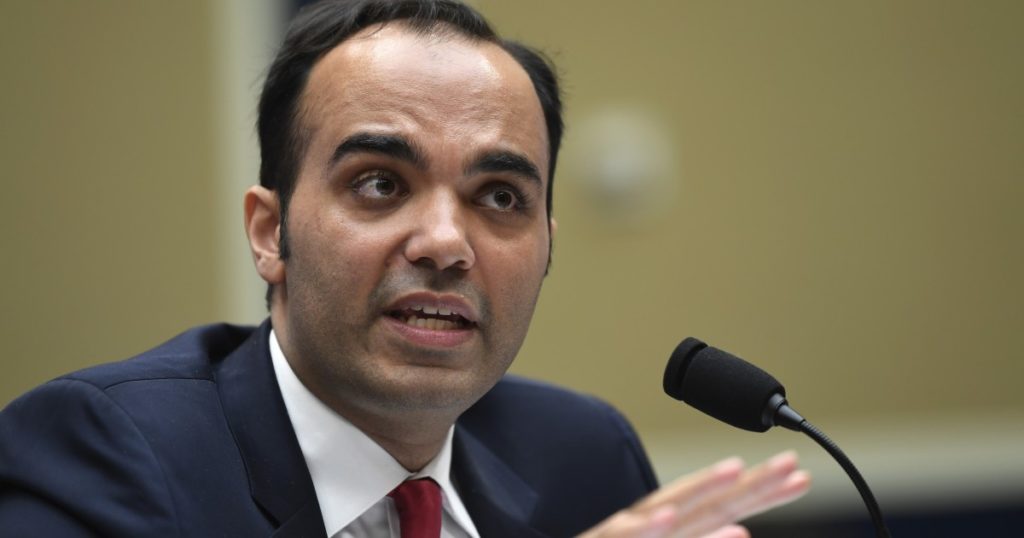 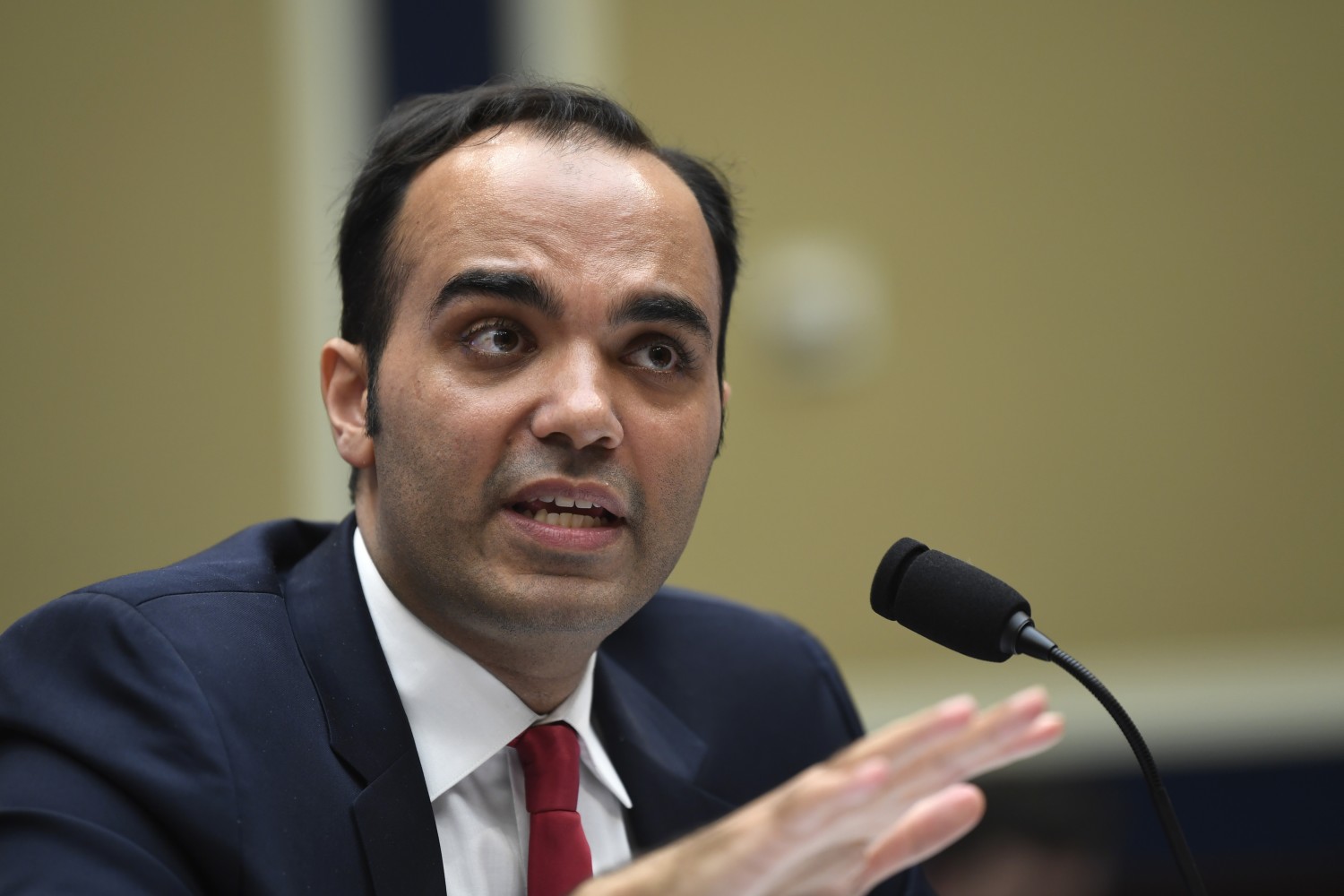 Rohit Chopra is expected to receive the U.S. Senate’s blessing any day now to become the new head of the Consumer Financial Protection Bureau. His job will be to restore credibility to a watchdog agency that was largely sidelined during the Trump administration.

In a sign that the agency was resuming its necessary oversight of financial firms, the CFPB announced recently that it had rescinded a major policy stance issued last year under former President Trump.

That stance, revealed in January 2020, effectively declared that the agency — which is charged by law with preventing “abusive” conduct by banks and other financial institutions — would no longer hold companies to account for abusing customers.

I’m not making that up.

Trump’s CFPB said that even though the federal law that created the bureau explicitly tasked it with preventing abusive behavior, “uncertainty remains as to the scope and meaning of abusiveness.”

“This uncertainty creates challenges” for businesses, it said, and could get in the way of “otherwise lawful financial products or services that could be beneficial to consumers.”

If that sounds silly, it is.

The Dodd-Frank Wall Street Reform and Consumer Protection Act, enacted in 2010, made it unlawful for any financial firm to “engage in any unfair, deceptive or abusive act or practice.”

While prohibitions against deceptive and unfair practices were well-established under prior regulations, the addition of “abusive” to the equation was new — a response from lawmakers to the millions of people who lost their homes during the 2008 mortgage crisis.

You’d think businesses wouldn’t require a lot of mollycoddling when it came to defining abusive behavior. If it quacks like a duck, right?

The CFPB cited its commitment to fighting abusive behavior when it slapped Wells Fargo with a $100-million fine in 2016 for opening millions of accounts without customers’ permission.

The bureau this week cited abusive behavior in a proposed $5.4-million settlement with Massachusetts-based DMB Financial for allegedly charging illegal fees for its debt-relief service.

They said it was just too darn hard for them to figure out the line between abusive practices and, you know, good old-fashioned unfairness and deception.

Gregg said the Trump administration wanted businesses to know it felt their pain. So it placed limits on official repercussions for abusing customers.

These limits included issuing fines for abusiveness “only when there has been a lack of a good-faith effort to comply with the law,” which is, of course, ridiculous.

That meant any company that claimed it was really, truly trying to comply with the law — Scout’s honor! — couldn’t be penalized for taking advantage of people.

Gregg said the Trump administration’s policy shift last year “was really nothing more than a signal to industry to go ahead and not worry about the CFPB using its abusiveness standard in its enforcement or supervisory powers.”

The Biden administration was having none of that. It declared that Trump’s stance on corporate abusiveness “was inconsistent with the bureau’s duty to enforce Congress’ standard.”

Rescinding the 2020 order “will better serve the CFPB’s objective to protect consumers from abusive practices,” it said.

Carmen Balber, executive director of the Los Angeles advocacy group Consumer Watchdog, said moves like this, and the nomination of a proven fighter such as Chopra, signal that Biden takes consumer protection much more seriously than his predecessor.

“We need a proactive consumer regulator to protect us from predatory lending and debt collection, and to hold financial firms accountable for fraud, redlining and abuse,” she told me. “Chopra will give the watchdog back its teeth.”

Just so there’s no confusion, Biden’s CFPB spelled out what the law already makes clear. Abusive behavior is:

Unlike the former CFPB director, Kathy Kraninger, who had zero experience in consumer protection before being tapped by Trump to run a consumer-protection agency, Chopra brings a wealth of experience to the gig.

He was an assistant director of the CFPB under President Obama and more recently has served as a member of the Federal Trade Commission.

Some conservatives insist on viewing Chopra as a progressive hell-bent on turning America into a socialist republic.

Republican Sen. Patrick J. Toomey of Pennsylvania pulled no punches when Chopra appeared before the Senate Banking Committee in March.

Toomey said he was “deeply concerned” that Chopra “will return the CFPB to the hyperactive, sometimes law-breaking, anti-business, unaccountable agency it was under the Obama administration.”

That’s one reason Chopra’s nomination has been languishing for weeks. Another is that Biden wanted to fill Chopra’s FTC seat (and prevent a Republican majority on the commission) before proceeding with the CFPB vacancy.

If approved by the Senate, Chopra is expected to step up enforcement actions and to focus in particular on private student lenders and loan servicers. In his last go-round at the CFPB, Chopra served as the agency’s student loan ombudsman.

Mike Litt, a spokesman for the U.S. Public Interest Research Group, said Chopra “is exactly who should be in the driver’s seat to not only get the CFPB back on track but to take it even farther than ever before.”

The message to consumers from the Biden administration isn’t that there’s a new sheriff in town. It’s that after four years of businesses acting with impunity because we had no sheriff at all, the law will once again be enforced.

The only ones who should have misgivings are companies that previously demanded, and received, an official nod to abuse people.