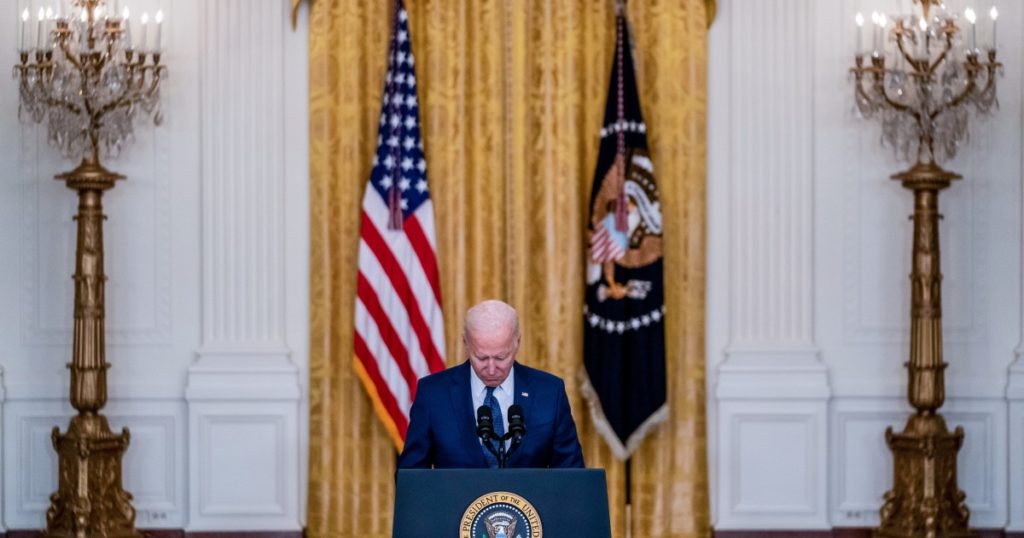 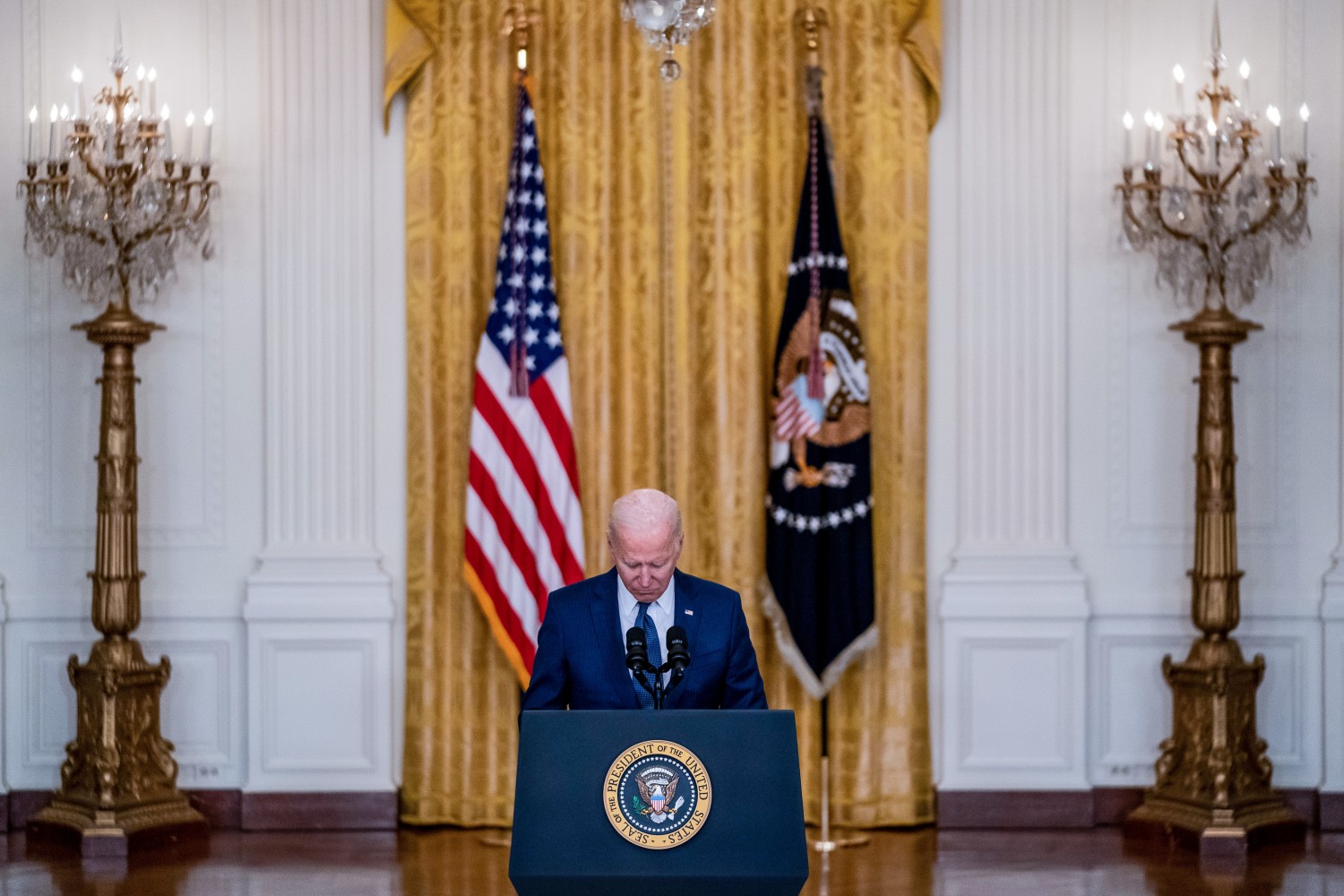 President Biden on Tuesday will seek to turn the page on the worst foreign policy crisis of his administration when he addresses the nation about the chaotic withdrawal of U.S. troops from Afghanistan.

The last soldiers left after nightfall the previous evening, ending two decades of war that began as retaliation for the Sept. 11, 2001, terrorist attacks by Al Qaeda, the terrorist group based in Afghanistan. The Taliban, the fundamentalist group that U.S. forces drove from power only to see it regain control of the country in recent weeks, celebrated the American withdrawal by firing weapons in the air and scavenging for abandoned equipment at Kabul’s airport.

The departure of U.S. troops marked the final stage of an evacuation that flew more than 120,000 people, mostly Afghan allies, out of the country. However, thousands more Afghans who could face Taliban reprisals were left behind, as were a small number of Americans who also wanted to leave.

Biden, who is scheduled to speak at 10:30 a.m. PT, left it to top administration officials Monday to address the significance of the withdrawal and to signal what lies ahead. Secretary of State Antony J. Blinken said that diplomatic efforts to ensure safe passage would continue even though the military mission has ended.

“Our commitment to them and to all Americans in Afghanistan and everywhere in the world continues,” he said.

Blinken said many of the remaining Americans were dual citizens with “deep roots and extended families” in Afghanistan, and they’re facing a “painful choice” about whether to leave.

Jake Sullivan, Biden’s national security advisor, defended the withdrawal in an interview with ABC News on Tuesday morning. He said the president “made that hard call and it is a call he believes will ultimately serve the interests of our people, all of our citizens and our country.”

Former President Trump made the original decision to pull out of Afghanistan, reaching a deal with the Taliban for U.S. forces to leave May 1.

After Biden took office, he pushed back the deadline to the end of the summer, but he remained committed to ending America’s longest war. He was the fourth president to oversee the conflict, and he has said he refused to pass the burden to a fifth.

However, the withdrawal came at a heavy cost. Thirteen U.S. service members safeguarding the evacuation died in a terrorist attack by a local affiliate of the Islamic State. A U.S. drone strike intended to prevent another bombing may have killed several children.

The president’s political standing has also been bruised by bipartisan criticism over how he managed the withdrawal. Only 38% of Americans approved of Biden’s handling of the Afghanistan withdrawal, according to a ABC News/Ipsos survey released Sunday.

Biden won office by promising competence and empathy in the White House, but his handling of the withdrawal has more often been characterized by stubbornness. Some military families who lost relatives in the operation have been raw with anger at the president, even after meeting with him at Dover Air Force Base on Sunday.

Administration officials also failed to anticipate how swiftly the Taliban would retake power once it became clear that the U.S. military was leaving. As the deadline for withdrawal approached, the Taliban advanced swiftly, sweeping into Kabul two weeks ago.

The Taliban’s arrival in the country’s capital forced the U.S. to organize a massive airlift to evacuate American civilians and Afghan allies.

Biden has been defensive when challenged, refusing to acknowledge that the withdrawal could have gone smoother.

“The idea that somehow, there’s a way to have gotten out without chaos ensuing, I don’t know how that happens,” he told ABC News after Kabul fell.

Now that the withdrawal is over, Afghanistan has been left in the hands of the same fundamentalist group that sheltered Al Qaeda before the 9/11 attacks. It remains to be seen how long the political fallout lasts.

The American attitude toward Afghanistan had long been dominated by apathy, which allowed the war to drag on with no end in sight. But the evacuation has refocused voters’ attention on Afghanistan, at least for the time being.