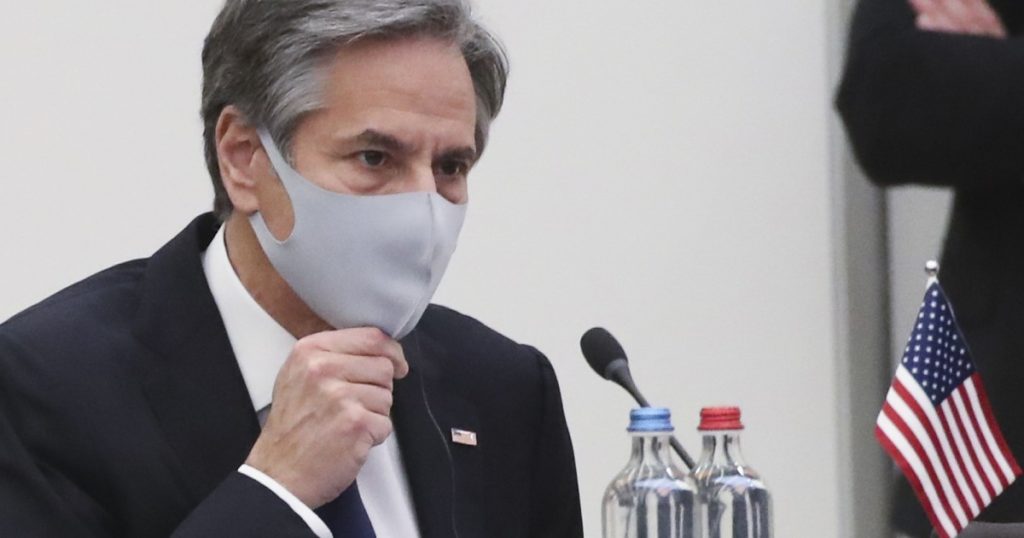 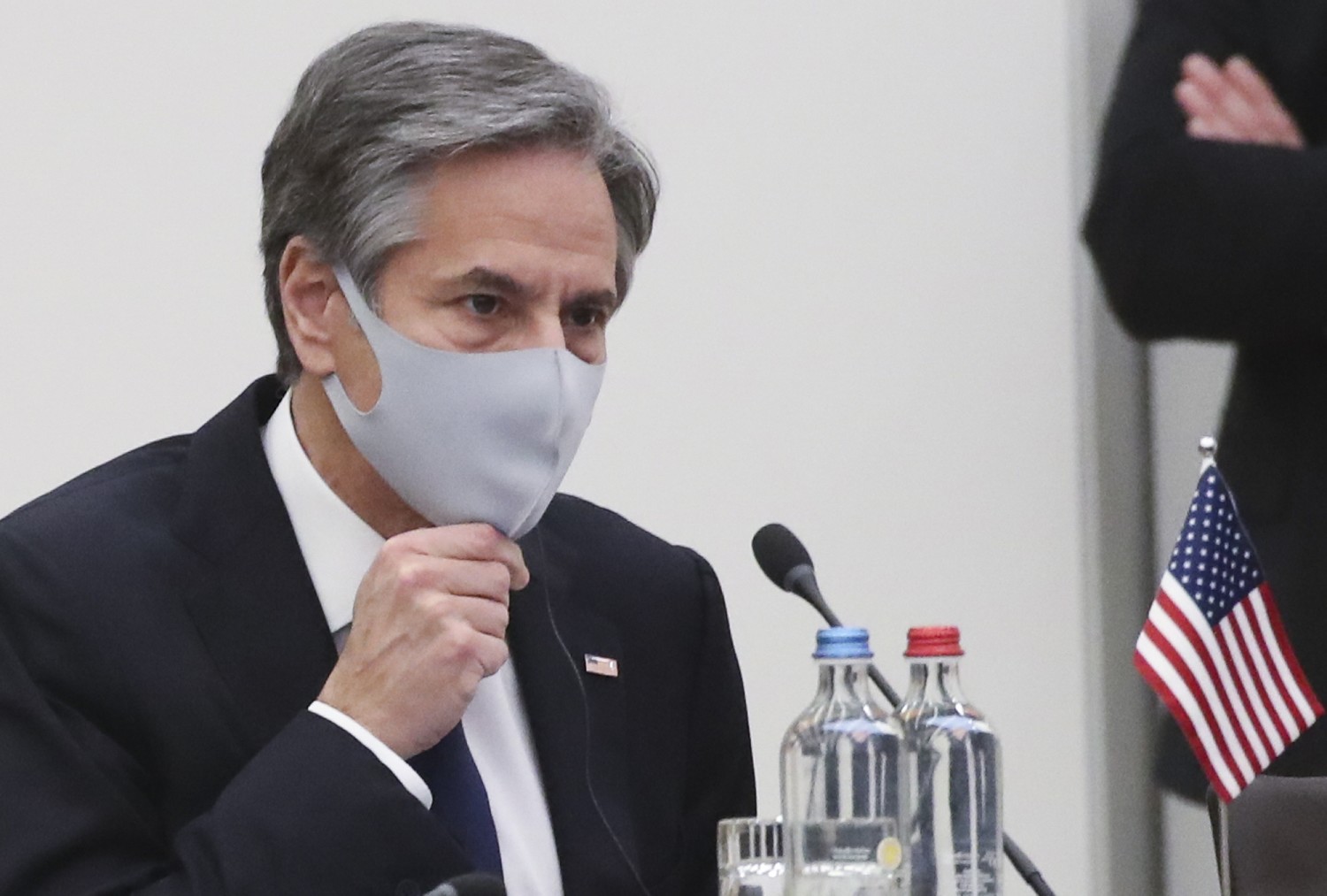 American and Taliban negotiators are discussing a pause in U.S. airstrikes and drone flights in Afghanistan in order to revive longshot peace talks aimed at settling the two-decade old war, U.S. and Afghan officials said.

A temporary bombing halt is one of several ideas Biden administration officials are discussing if Taliban militants agree to sharply reduce attacks and assassinations ahead of high-level peace talks planned for early next month in Istanbul.

But the idea remains a concept on paper only, dependent on steps by the Taliban to reduce violence first, several U.S. officials said.

A halt to U.S. air operations worries the Afghan government and its military, which still relies heavily on U.S. airstrikes and aerial surveillance video from drones to help hold back the Taliban. It also alarms some in the Pentagon who are skeptical that concessions to the Taliban will make the militants more likely to make peace with the Afghan government.

With talks stalled, President Biden signaled this month that it would be “tough” for U.S. troops to depart by May 1, the withdrawal deadline he inherited from the Trump administration under a deal made only with the Taliban. He added, though, that that if the deadline for the U.S. exit was extended, it would not be by “a lot longer.”

Biden is under pressure from many within his own party to pull out U.S. troops.

He has shown little sentimental attachment to Afghanistan in private discussions, even after U.S. troops have fought and died to stabilize the country without lasting success since 2001, according to participants in White House deliberations.

At the same time, he is aware that a peace deal is perhaps the only chance of preventing the country from descending deeper into violence and civil war once the U.S. pulls out.

The shrinking timetable for a U.S. decision has led Zalmay Khalilzad, Biden’s envoy for Afghanistan, to discuss new options for achieving a diplomatic breakthrough, including a bombing pause, in talks with Taliban officials in Qatar.

One approach under consideration is for a 48-hour halt in U.S. military air operations after the Taliban reduces attacks, a sequencing meant to demonstrate to the group’s leadership that the U.S. is open to military concessions if Taliban fighters reduce their attacks, according to officials involved in the deliberations.

If that initial reduction in violence holds, the bombing pause could be extended.

Better security across Afghanistan, in turn, is seen by U.S. officials as a prerequisite to getting Afghan President Ashraf Ghani to pursue serious talks with the Taliban on a lasting cease-fire and on forming a transitional government.

But that blueprint still faces enormous obstacles, including Ghani’s unwillingness to cede power except by elections and the Taliban’s insistence that its fighters will resume targeting the U.S. and its allies unless they depart on schedule.

It also faces potential pushback from U.S. military commanders, who have worked for decades to build up Afghan army and police and fear that withdrawing U.S. air support could sap already fragile Afghan morale just as the fighting threatens to intensify. A long-term halt in bombing also could face opposition from U.S. commanders worried that airstrikes would be necessary to protect any U.S. troops that may remain and to go after the remnants of Al Qaeda.

For the Taliban, a bombing halt would be another milestone in its long push to oust the U.S. from Afghan territory and airspace. It would also remove, if only temporarily, a military capability that has limited its efforts to regain more territory.

Visiting NATO headquarters in Brussels on Tuesday, Secretary of State Anthony Blinken said a U.S. review of its diplomatic and military options was still underway, promising that that he would “share some of our initial thinking” with NATO allies and “listen and consult” with them.

In a letter to Ghani last month, Blinken said the U.S. had crafted a revised plan for a 90-day “reduction in violence,” aimed at improving the atmosphere for the peace talks. Khalilzad shared the proposal, including a plan for next month’s talks in Turkey, with the Afghan government and Taliban, according to TOLO, an Afghan news organization that obtained a copy of the letter.

As part of the talks with Khalilzad, Taliban officials are also pushing for lifting of international sanctions on the group’s leaders and release of additional prisoners held by the Afghan government.

Between 2,500 and 3,500 U.S. troops remain in Afghanistan, along with an additional 6,500 military personnel from NATO countries and other allies, most of whom would depart if the United States does.

U.S. officials have been calling on the Taliban for the last year to reduce attacks, in order to revive peace talks. Instead, violence in the country, much of it attributed to Taliban fighters, has soared, even during winter months when fighting normally tapers off.

Almost none of those attacks have been against U.S. troops and bases, a concession that the Taliban agreed to in the withdrawal agreement it signed with the Trump administration in February 2020. Under that deal the U.S. agreed not to undertake offensive operations against the Taliban.

There have been no U.S. combat deaths in Afghan in over a year, the longest such period since the United States invaded in 2001. The last two U.S. service members killed in combat died Feb. 8, 2020, three weeks before the agreement was signed between the Taliban and the Trump administration.

The deal does not bar the Taliban from attacking government troops but does include a clause that permits U.S. forces to defend Afghans against attacks.

U.S. airstrikes in Afghanistan escalated over the last decade as Afghan troops took over responsibility for ground combat. In 2019, U.S. warplanes and drones dropped more bombs and other munition than any other year since the Air Force began releasing data in 2006.

Bombings have continued since the deal, but at a far lower level, to prevent Taliban fighters from overrunning Afghan forces, according to U.S. officials. The only exception to that restriction have been drone strikes against suspected Al Qaeda members, officials said.

Taliban spokesmen have denounced the bombings, claiming they violate the withdrawal deal.

The most recent airstrike announced by the U.S. command in Kabul was carried out last week in Kandahar province, a Taliban stronghold in southern Afghanistan.

A Taliban spokesman, Qari Yousaf Ahmadi, said the attacks were “clearly a violation” of that deal, adding: “We strongly condemn these bombardments and crimes by the American invaders.” If the attacks continue, the Taliban will “take the same steps” in defense, Ahmadi said.

However, U.S. efforts to raise pressure on the Taliban to curtail attacks appear to be having some success. In a conference on Afghanistan hosted in Moscow last week, the U.S., Russia, China and Pakistan jointly called on the Taliban to forego a spring offensive this year.

Another Taliban spokesman, Zabiullah Mujahid, said the group’s leaders were considering the idea, as long as the U.S. did not back away from its pledge to pull out.

“There is still a month to go before the formal announcement of our spring offensive,” Mujahid said. “We are waiting to see the progress in the political process. But if negotiations [with Afghan government and others] do not progress, then we will decide in a month whether to launch the offensive.”

U.S. officials say the Taliban is susceptible to international pressure because the militant group hopes to be treated as a legitimate government if it takes power. In a sign that the Taliban is feeling pressure to at least be perceived as negotiating, its officials have said in recent days that they, not the U.S., originated the 90-day proposal to reduce violence to “create a conducive atmosphere” for intra-Afghan peace negotiations

“The challenge now is that we have peace talks and we strongly welcome them,” Stoltenberg said. “They are fragile but they are the only path to a lasting political solution in Afghanistan … and to achieve that, all parties need to negotiate in good faith.”