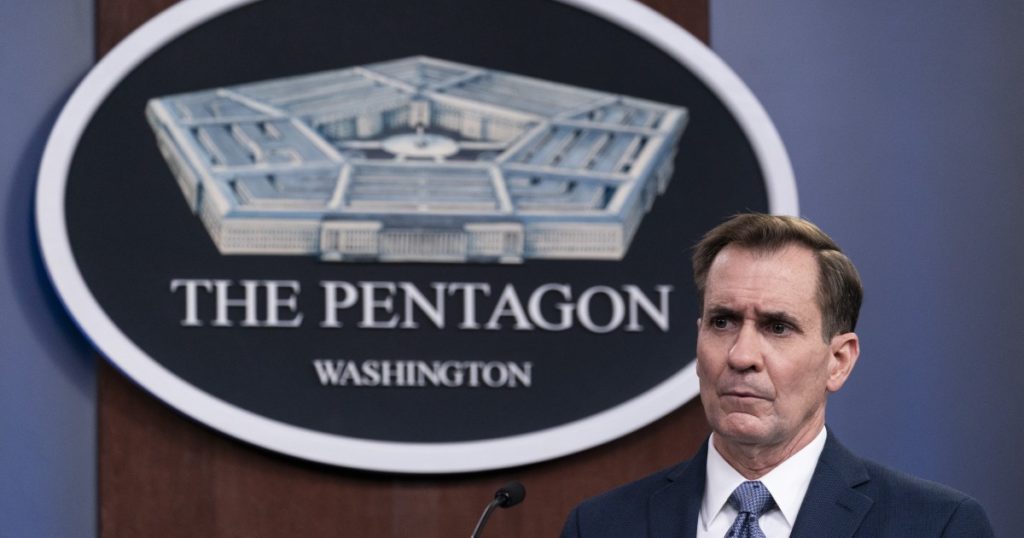 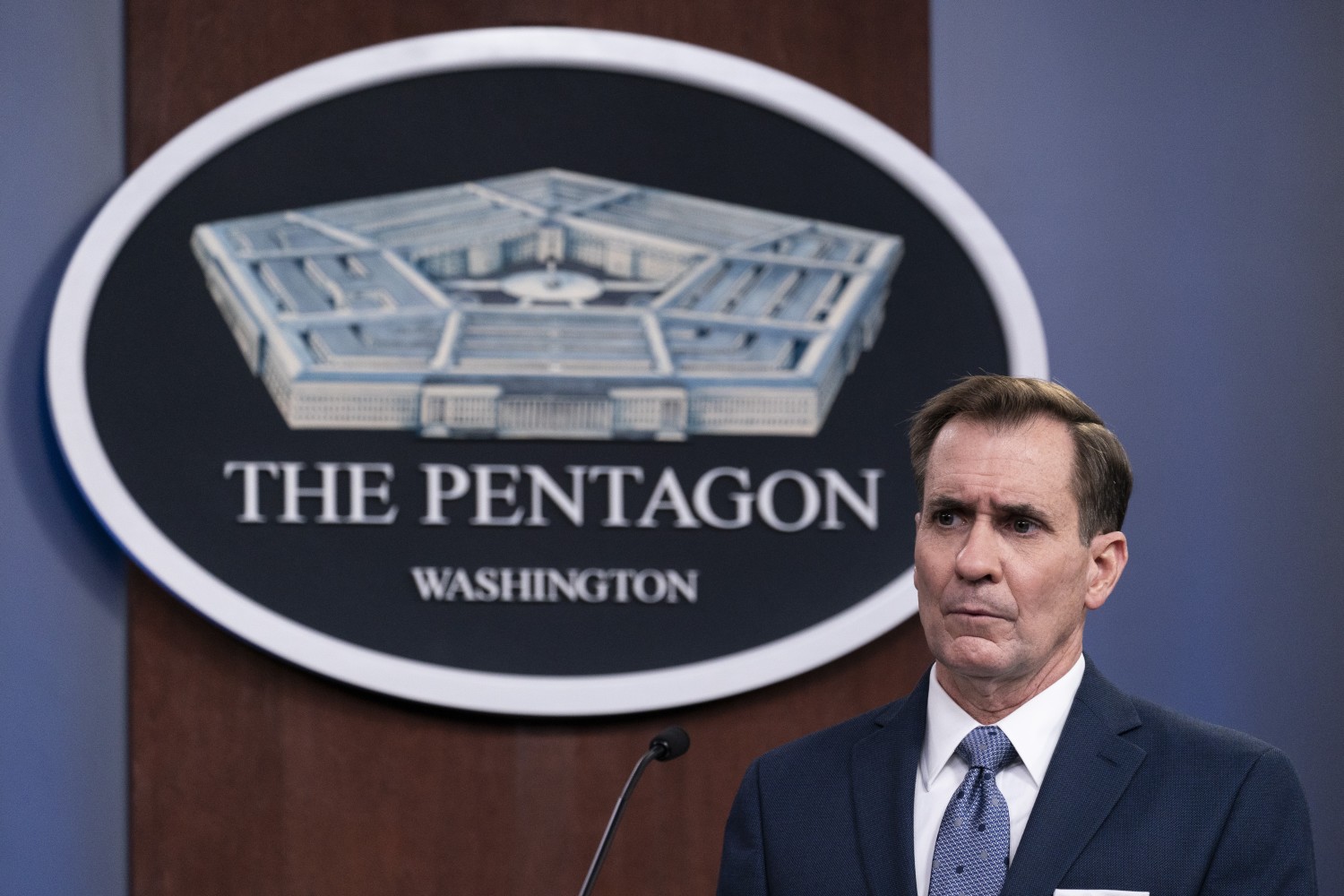 A U.S. airstrike against a Syrian camp used by Iranian-backed militants accused of attacking American bases was a message from President Biden that such attacks would not go unpunished, Pentagon officials said Friday.

What meaning Tehran took from the attack on its proxies remains unclear.

Biden is hoping to draw Iran into negotiations on reviving a 2015 agreement that restricts Tehran’s nuclear program — one that was abandoned by the Trump administration. That goal led to intense debate within Biden’s national security team over choosing a target that would not spark an escalating military conflict with Iran, officials said.

Asked what message he was sending to Iran with an airstrike in Syria, Biden told reporters in Houston on Friday: “You can’t act with impunity. Be careful.”

U.S. officials said multiple groups used the camp to move weapons and personnel into Iraq. Those included Kataeb Hezbollah and Kataeb Sayed Al-Shuhadaa, two Iranian-backed militias that the Pentagon believes is responsible for recent attacks, including a Feb. 15 rocket barrage on a U.S. base in Irbil that killed a contractor and wounded several service members and contractors.

Casualties from the U.S. attack on Friday were still being assessed, Kirby said. Iraqi officials have said the bombing caused at least one fatality and wounded four, though some estimates from online accounts associated with militias said as many as 17 people had been killed.

The limited strike in eastern Syria was meant to signal the Iranians that the U.S. would not ignore attacks by Iranian proxies but was not seeking a wider military confrontation, officials said. It was no accident that the U.S. struck what amounted to a base used by the militias, an equivalent target to their attacks on the American facilities, officials said.

“This really was a defensive strike … to try to make an impact on these groups and their ability to conduct future attacks and to send a very clear signal that the United States is going to protect its people,” Kirby said Friday.

The U.S. has offered no evidence that Tehran ordered the attacks on American facilities, and some officials believe the militias may have carried them out on their own.

“The Biden team is saying, ‘Even though we’re highly committed to reestablishing dialogue with the Iranians, we can undertake military strikes at the same time,’” said Michael Knights, an analyst at the Washington Institute for Near East Policy.

Tehran has not signaled whether it will respond militarily to the U.S. action, though militia leaders in Iraq have vowed to retaliate for the attack.

Hours after the U.S. attack in Syria, an Israeli-owned cargo ship sailing in the Gulf of Oman near Iran was damaged in an explosion, according to multiple reports. The crew wasn’t injured, but the ship was forced into port for repairs. The incident occurred near where several other ships were damaged in explosions in 2019. The U.S. Navy blamed the incidents on Iran, which denied involvement.

The Syrian Foreign Ministry said it “condemns in the strongest terms the cowardly U.S. attack on areas in Deir al-Zor near the Syrian-Iraqi border.” In a statement, it said the Biden administration “is supposed to stick to international legitimacy, not to the law of the jungle as [did] the previous administration.”

In Washington, some Democrats were critical of Biden’s decision to carry out an airstrike in Syria without first briefing Congress on the legal rationale, saying it wasn’t clear the attack was authorized under existing authorization for using force.

“The strikes by Iranian-backed militias on bases in Iraq hosting U.S. troops are unacceptable,” said Sen. Chris Murphy (D-Conn.). “But Congress should hold this administration to the same standard it did prior administrations, and require clear legal justifications for military action, especially inside theaters like Syria, where Congress has not explicitly authorized any American military action.”

White House officials defended the strike, saying it was carried out under Biden’s constitutional authority to defend U.S. personnel and was legal under international law that allows self-defense.

White House Press Secretary Jen Psaki told reporters that Biden “has the right to take action in a manner of his choosing” and that the U.S. strike was necessary and “pursuant to the right of self-defense.”

It’s unclear how much control Iran has to rein in the militias.

Analysts said Tehran’s control over militia groups it supports in Iraq has splintered since January 2020, when then-President Trump approved an operation to kill Maj. Gen. Qassem Soleimani, an Iranian operative who was responsible for directing the militant groups.

A ceasefire declared in September by Kataeb Hezbollah and other factions largely held until Biden’s inauguration, but “it’s not perfect,” said Renad Mansour, director of the Iraq Initiative at the London-based Chatham House think tank.

“These groups are decentralized,” he said. “The Popular Mobilization Forces are not a monolithic organization.”

The U.S. assessment that Kataeb Hezbollah and Kataeb Sayed Al-Shuhadaa were behind the attacks on U.S. bases threatened to disrupt Washington’s outreach to Tehran, especially because the Biden administration had conducted a number of good-faith gestures to re-engage in nuclear negotiations.

Sabereen News, a channel affiliated with Iran-supported groups, posted images of some of the structures destroyed in the attack, which it said were used by the groups to stop the flow of Islamic State members into Iraq. It added that most of the buildings had been emptied of fighters prior to the strike when “spy planes” were spotted circling overhead.