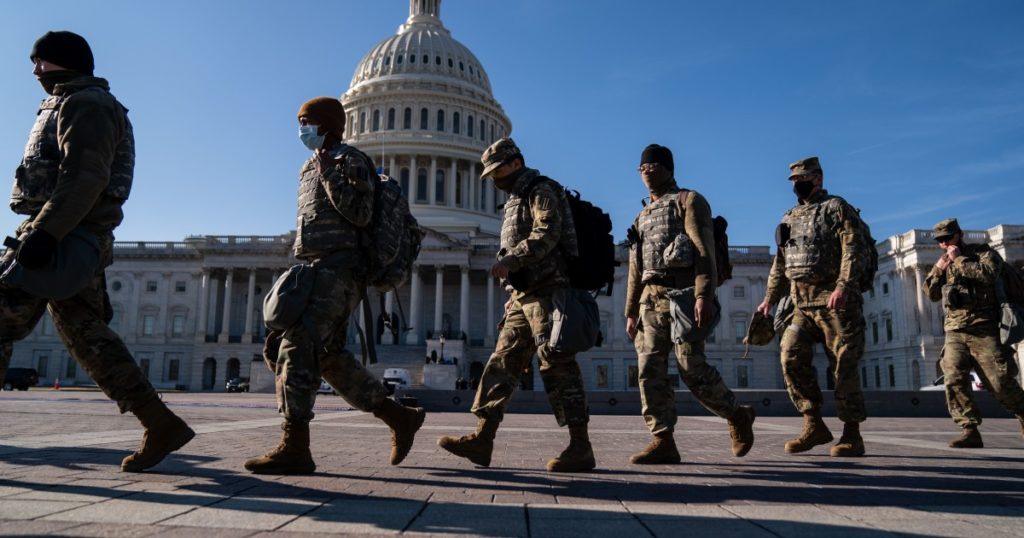 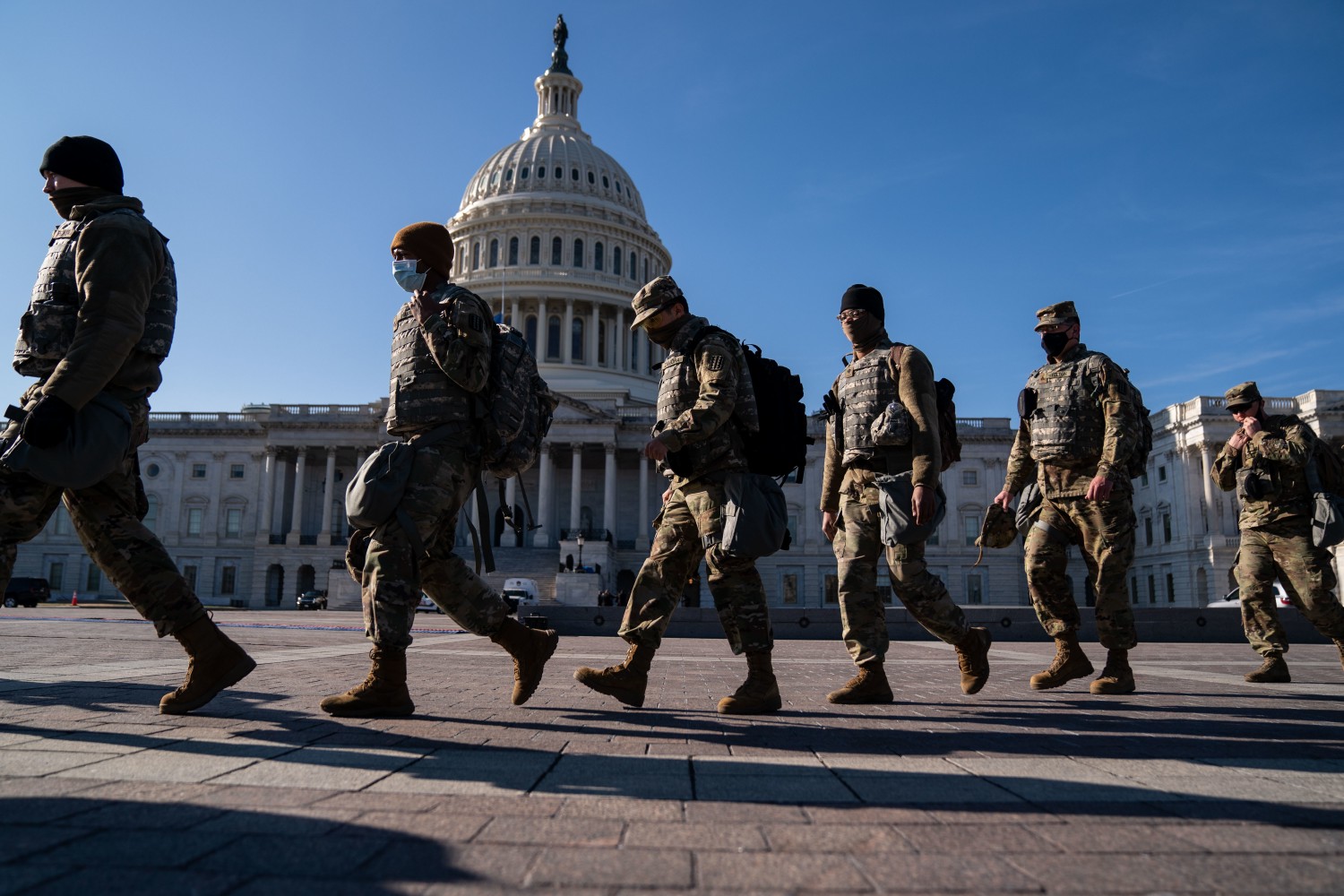 Just days before a new president enters the White House, promising to unify a dangerously divided country, the state of the union can perhaps be judged by this metric: The U.S. is facing a shortage of bulletproof vests, gas masks and ballistic helmets.

Some retailers of protective equipment have seen a fivefold increase in sales of military-grade defensive gear, leading to empty shelves and waiting lists. A retailer in Oregon has sold out of decontamination wipes designed to remove chemical agents such as pepper spray. Customers cleaned out thousands of pieces of body armor from a store in Texas as soon as they went on sale.

Beginning with the arrival of COVID-19 in the United States and continuing through months of protests against racism and police violence, demand for protective equipment has soared. Retailers said it spiked again after a pro-Trump mob infiltrated the U.S. Capitol last week. And it is continuing to rise as state capitols and federal agencies brace themselves for potential unrest ahead of next week’s inauguration of President-elect Joe Biden.

For those trying to stock up on protective gear — a group that now includes state and federal lawmakers, law enforcement organizations, journalists and worried civilians — long delays await.

At Los Angeles retailer Security Pro USA, inventory levels of body armor and riot gear that had been depleted over the summer were near normal before rioters stormed the U.S. Capitol on Jan. 6, said Michael Wilson, the store’s government sales manager.

“Demand went up again after the Capitol,” Wilson said. “It just stacked on top of an already existing shortage.”

Recent buyers have been focused on body armor. Some are “preppers” with an “undertone of fear,” bracing for potential calamity, Wilson said. Civilians have been purchasing ballistic helmets, concealable vests, unmarked riot shields and gas masks.

Roman Zrazhevskiy, whose Austin, Texas, business Mira Safety sells gas masks, body armor and other safety equipment, said he had been contacted by security officials at three state capitols. In each case, the officials were preparing for the possibility that lawmakers could become targets of far-right and anti-government groups angry over the results of the presidential election.

Many states have already taken steps to tighten security around their capitols following an FBI warning to local police that they could face potential attacks from armed militia groups and other extremists. Partially as a result, Zrazhevskiy said, he’s getting more interest from state and federal agencies.

Before the chaos of 2020, he said, his typical customers were “preparedness types.” But in recent months, he has seen a shift — patrons are increasingly well-off professionals and city dwellers seeking protection during a pandemic and tumultuous times.

“These are people who never really thought about this stuff before,” Zrazhevskiy said. “But then the events of 2020 have had this compounding effect. It seemed like every month, the year was trying to one-up itself.”

When his company debuted a line of lightweight body armor last year, it sold out immediately.

Zrazhevskiy and other retailers said nationwide sales of respirators and filters began to go up in January 2020, when Chinese state media reported the first known death caused by the novel coronavirus. Sales exploded the following month, when authorities in the U.S. announced that the virus had killed a patient near Seattle — what was believed to be the first COVID-19 death in the U.S.

Sales of body armor and pepper spray have similarly tracked with national and international outbreaks of violence.

Demonstrations in Hong Kong against controversial legislation began peacefully but descended into chaos, leading to large shipments of protective gear from the U.S. to the region.

Then came the police killing of George Floyd in May, followed by some of the largest racial justice protests in the U.S. in decades. As the summer wore on and peaceful marches were interrupted by sporadic acts of vandalism, Americans bought more tactical equipment.

Some were looking for protection after seeing videos of police officers firing projectiles and pepper spray at protesters and journalists. Others saw reports of protesters throwing fireworks at federal officials in Portland, Ore., setting fires and smashing windows — and decided to arm themselves.

Amid unprecedented demand, retailers of protective equipment encountered the same pandemic-related supply-chain problems as other industries.

“COVID made things harder, even in the self-defense market,” said Scott Fowler, owner of NW Self Defense in Pendleton, Ore., which carries mainly pepper spray and decontamination wipes — although they are currently on back order. “Last year, we did about four times our normal volume. It’s just been off the hook.”

Although some of President Trump’s supporters who rioted last week wore body armor and helmets, the retailers said they had not noticed an uptick in interest before Jan. 6. Of course, they noted, online retailers rarely know who they’re selling to.

Rep. Peter Meijer of Michigan, one of 10 House Republicans who voted to impeach Trump, said this week that he was buying body armor and changing his routines in expectation of a possible attack.

“I have colleagues who are now traveling with armed escorts out of fear for their safety,” he told MSNBC. “Our expectation is that someone may try to kill us.”

Zrazhevskiy said he thought he had a good idea of what the new normal would look like, in terms of demand, by early January. But in the days following the attack on the Capitol, when footage of lawmakers sheltering in place and rioters surging past police barricades dominated the news cycle, his sales more than doubled.

“Does it say something about the times?” he asked. “Of course it does.”