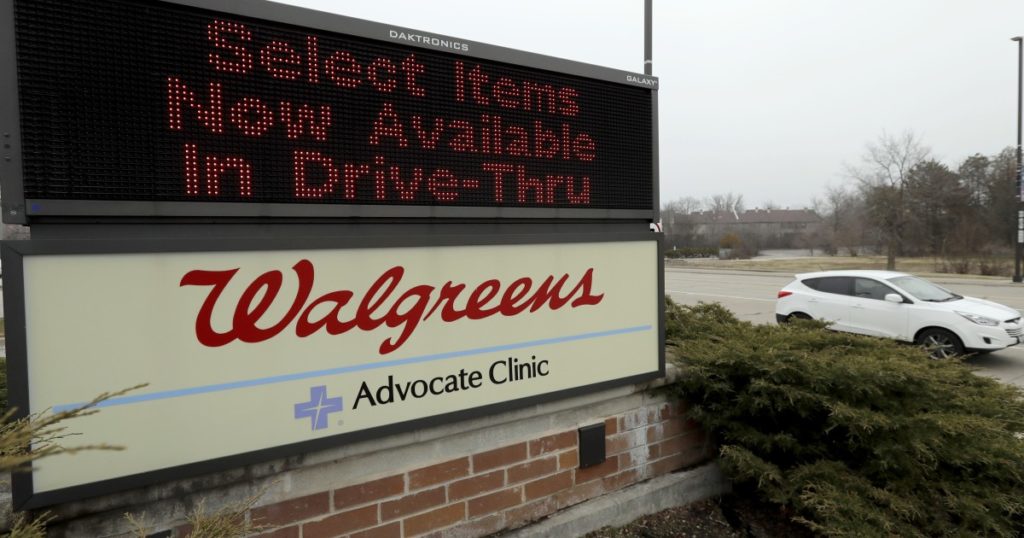 The winding down of summer was supposed to set the stage for a full-throated recovery as kids return to school and workers flood back into offices, but the disappointing August employment report Friday was the latest omen that the economic future looks more cloudy than bright.

Employers added just 235,000 new jobs last month. Most forecasters were expecting three times that number, after the economy expanded by about a million jobs in each of the prior two summer months. Retail stores and restaurants shed jobs last month, and, even as the unemployment rate dropped to 5.2%, hundreds of thousands more workers were sidelined from working or looking for jobs.

The explanation, yet again, was that the pandemic has delivered another economic curveball. The Delta variant of the coronavirus has not only struck hard at the unvaccinated, but also has spread into groups and age cohorts that had seemed relatively unaffected by earlier strains.

As a result, the wave of consumer spending that was propelling the recovery has faltered. So have the plans of many businesses to move back toward normal operations.

And both manufacturing supply chains and the supply of workers remain troubled.

“We’re still deep in the hole, and without [government] support, plus with the virus raging, I think the rosy scenario for this fall becomes really dark really fast,” said William Spriggs, chief economist for the AFL-CIO, the labor organization.

As recently as two months ago, the images in economists’ crystal balls looked decidedly bright. Most signs supported the idea of an accelerating recovery.

The scheduled resumption of in-person classes across the nation’s public school systems would free up thousands of workers — especially women — who had been constrained by childcare needs.

Expanded federal payments to the unemployed, which conservatives and some other analysts had blamed for worker shortages, were ending.

And the expected large-scale return of workers to their traditional workplaces in urban centers would add to the general “opening up” of the economy.

Now, analysts warn that fewer parents and other caregivers may rejoin the labor force right away. More older people, with renewed fears of health risks, could remain on the sidelines or take the plunge into early retirement.

“I’m frustrated,” said Cindy Fain, 62, who lives in rural Virginia and has been searching for full-time work since early this year. “I have not been able to do any kind of in-person networking,” she said. “And I’m definitely very concerned about the fact that there isn’t any clear horizon with this virus.”

Another concern to economists is that the share of prime-age workers getting hospitalized and dying from COVID-19 today looks to be higher than in prior waves of the pandemic.

And outbreaks at the outset of the new school year in some places have heightened uncertainties about the near future.

The AFL-CIO’s Spriggs was particularly worried about the roughly 11 million jobless Americans who are expected by Labor Day to lose unemployment benefits entirely or the extra $300 federal weekly supplement.

The Biden administration should have done more to extend aid, he said, instead of what he saw as caving to pressure from inflation hawks and turning its focus to longer-term infrastructure needs.

“There is absolutely, positively no way conceivable that the millions of people unemployed suddenly get jobs,” Spriggs said.

That doesn’t mean the jobs recovery will reverse or even stall. The economy has added jobs for 15 straight months since getting walloped by COVID-19 in spring of last year. With the job additions in August, the nation has regained about three-fourths of the 22 million jobs lost early in the pandemic, and the unemployment rate has fallen from a high of 14.8% in April 2020 to 5.2%, much faster than most economists had projected.

Job openings remain at record levels, and many companies, thanks to billions of dollars of government loans and grants, are looking to get back on their feet.

Still, the resurgent pandemic is starting to temper both optimism and economic activity.

Nick Bunker, chief economist at the jobs posting site Indeed, said he is seeing the pace of new openings slow in such high-contact businesses as beauty and wellness, dentistry and childcare.

Whether there’s a broader pullback by employers in the months ahead depends on the path of the Delta variant, he said, and on how workers and consumers perceive the risks and to what extent they adjust their lifestyles.

A Gallup poll taken in the middle of last month found that 68% of U.S. adults think the coronavirus situation is getting worse, a dramatic reversal from just two months earlier when nine out of 10 said things were getting better.

About one-fourth of adults are now “completely” or “mostly” isolating themselves from people outside their household, which Gallup said marked the first meaningful movement in this trend since the start of the prior wave of infections in November.

Many Americans, particularly upper-income and more highly educated individuals, have socked away a lot of money in the last 18 months, benefiting from remote work and a high-flying stock market, along with soaring housing prices.

But the much more numerous workers who earn lower wages and have little or no financial cushion face increasing risks the longer the pandemic lasts.

And if their incomes and financial stability are highly comprised, at least some of their pain is likely to spread to the entire economy.

Also, the huge short-term stimulus spending by the federal government is beginning to fade. And President Biden’s massive infrastructure program, if it ever passes Congress, will take time to have a major economic impact.

“Part of what kept us afloat in the early phases of the pandemic was fiscal policy, and those [stimulus programs] are dwindling or about to dwindle,” said Erica Groshen, senior economic advisor at Cornell University’s School of Industrial and Labor Relations. “How much that will hurt the recovery, we don’t know yet.”

Groshen said that it helps that we’ve learned a lot about the pandemic and how to respond to it, but she also noted that each successive wave increases the risk of more workers leaving the labor force for good and sets further out the date of a full recovery of the labor market.

In downtowns and business districts across the country, many restaurants, dry cleaners and other service businesses were counting on more workers to return to their offices this month. But many employers have put those plans on hold.

And for some workers, the pandemic has led to life-changing circumstances and irreversible decisions.

Groshen, for one, moved from New York to Seattle this summer to be closer to family. She is able to work remotely. Her husband accelerated his plan to retire from his university teaching job by taking a buyout.

Whether he looks for new work or not, Groshen said, will depend at least in part on what’s happening with the pandemic. “He’s sitting out in the sidelines for now,” she said.