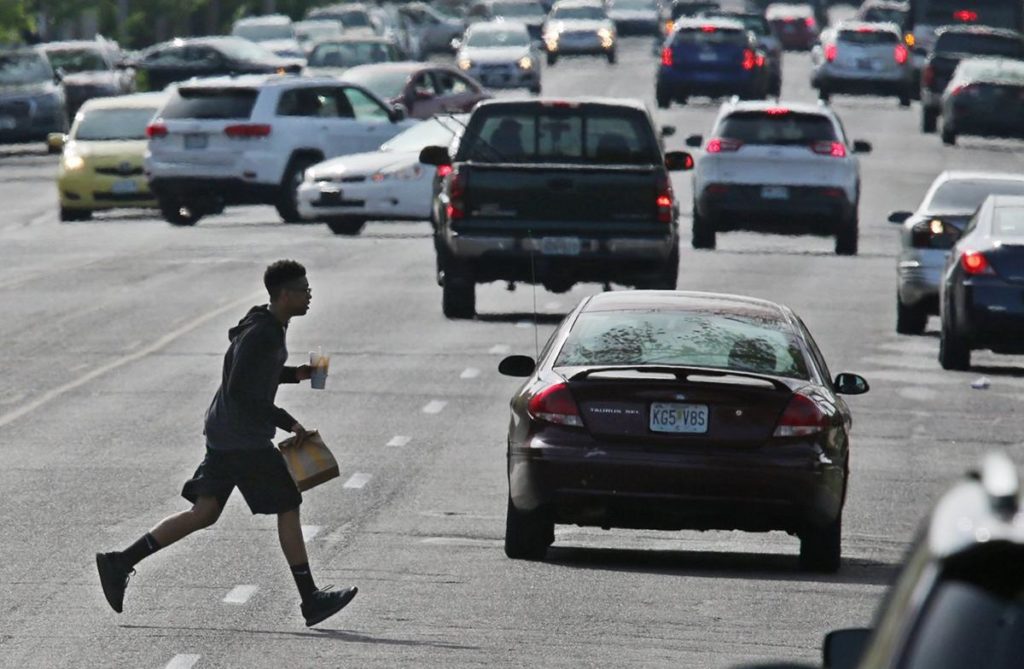 The U.S. Department of Transportation has not set goals or tracked the performance of 90 traffic safety programs, making it difficult to improve them or determining whether they work at all, a congressional watchdog found.

Auditors from the Governmental Accountability Office, a non-partisan legislative agency that reviews federal spending for Congress, strongly urged the Biden administration to evaluate the cost effectiveness of existing pedestrian and cycling safety programs and share those results with states in order to lower the number of fatalities on the road, according to a report released on May 20.

“We recommend that DOT do more to advance and share knowledge on what countermeasures are most effective at influencing the behaviors of road users — including drivers, pedestrians, and people on bikes — to improve safety for pedestrians and cyclists,” Elizabeth Repko, GAO director of physical infrastructure, told Streetsblog.

After analyzing a decade of traffic fatalities and interviewing dozens of federal transportation experts over an 18-month period, the legislative watchdog zeroed on the efforts of the National Highway Traffic Safety Administration and the Federal Highway Administration, the department’s top safety agencies, which send billions of dollars to states to spend on road safety programs.

Of the 26 safety initiatives that the NHTSA administered, the GAO found that only three were “demonstrated to be effective” (and one of those, a bicycle helmet requirement, has been shown in other studies to be not effective at all). Some measures — such as reducing and enforcing speed limits, requiring bike lights, and creating better visibility on roadways — were likely to be effective as well, but the GAO wanted more evidence that they work to reduce traffic fatalities.

Other measures, such as defensive cycling classes, and laws requiring a minimum distance between drivers and cyclists, could not be determined to be effective at reducing crashes, the GAO found.

The NHTSA and the FHWA recommend such measures as lowering the speed limit, redesigning streets, or waging media campaigns on the dangers of distracted driving — but auditors said there was no way to know whether they were effective because neither agency had performance measures in place.

Instead, GAO auditors recommended the NHTSA collect more information on safety programs launched by states and share those results with state officials. The report also urged both agencies to adjust existing pedestrian and safety programs based on new performance measures.

“States and localities need better tools to address safety of vulnerable road users, and USDOT is uniquely situated to more systematically assess states’ actions in this area,” Repko said. “Also, U.S. DOT can also do more to assess the performance of its pedestrian and cyclist safety activities to make sure that it is prioritizing those activities that will make the greatest improvements in safety.”

The Biden administration largely welcomed the assessment and said it was committed to collecting more data on safety countermeasures and working with state transportation agencies to “establish annual performance targets concerning pedestrian and cyclist deaths.”

“The GAO audit provided good insights, and wherever possible we will integrate them into ongoing agency-wide safety initiatives,” said FHWA spokesman Doug Hecox.

But federal transportation officials also questioned the GAO’s criteria for determining whether a safety initiative was effective, and argued that more than three programs were showing promise toward reducing traffic fatalities (which were up last year).

The Trump administration prioritized distracted driving campaigns and directed federal resources to reduce road deaths in rural areas. But pedestrian fatalities continued to climb in the Trump era. By the time the GAO issued its report in 2021, Democrats took control of the Senate and Biden moved from retirement to the White House.

U.S. DOT Commissioner Pete Buttigieg has acknowledged the United States lags behind other nations when it comes to pedestrian and cycling safety.

“The idea of Complete Streets is to make sure our streets are set up to accommodate all kinds of travel — safe for pedestrians, accessible for bikes and wheelchairs,” Buttigieg said at a congressional hearing in March. “We need to make sure these kind of gains are available to communities across the country, and provide federal funding to communities taking this approach.”

The GAO audit also found that some populations suffered traffic fatalities more frequently than others. In 2019, nearly three-quarters of pedestrians and cyclists killed in traffic collisions were male, and Whites made up a majority of fatalities. But Blacks accounted for 19 percent of pedestrian and cyclist deaths, while only representing 13 percent of the country’s population.