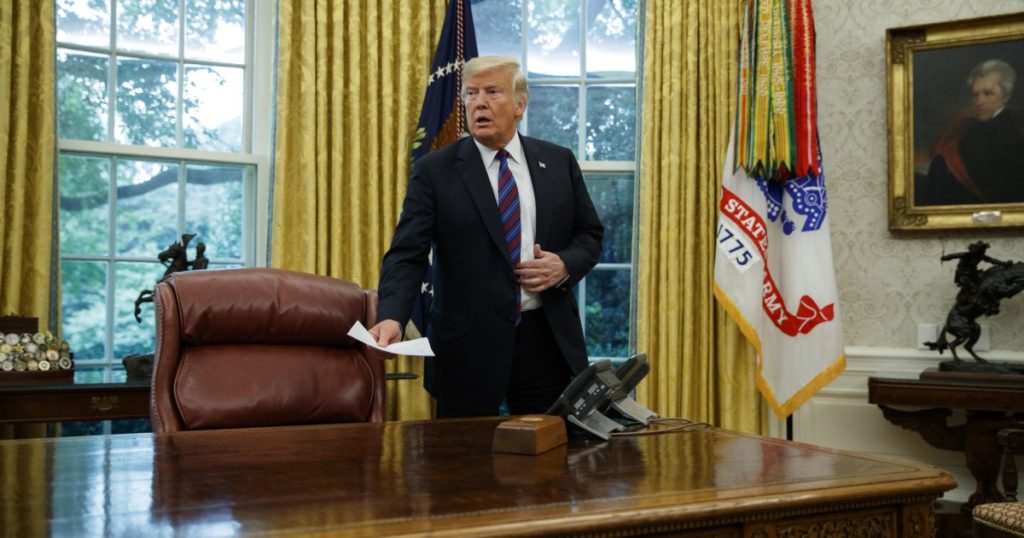 When President Trump exits the Oval Office on Jan. 20, don’t expect him to disappear from your Twitter feed.

Trump is likely to become even less restrained on social media, putting intense pressure on Twitter and Facebook to manage his most explosive and rule-breaking claims. Under fire from Republicans for allegedly censoring conservative views and from Democrats for failing to aggressively stanch the flow of disinformation, the popular social media platforms are in a difficult spot that experts say could now get even more dicey.

Trump has said social media have been critical to his political success, allowing him to bypass traditional media and reach out directly to nearly 90 million Twitter followers. There is no reason to believe that someone as publicity-conscious as Trump will scale back his posts as he navigates a world where he is no longer at the center of the political universe. If anything, Trump could become more provocative in his effort to retain his relevance in Republican politics and, perhaps, lay the groundwork for another presidential bid, experts said.

“He will continue to use Twitter to raise campaign funds, to continue ‘friendraising’ and fundraising, and also to have those conversations with the opposition,” said Jennifer Edwards, executive director of the Tarleton State University-based Social Media Research Institute. Twitter could even “fuel his next step into the 2024 campaign,” she added, if he opts to run again.

Like other political figures, Trump has used his Facebook and Twitter accounts to announce policy positions, commemorate holidays and push for legislation. But he was also among the first world leaders to weaponize his feed. Critics contend that many of his missives have often gone too far, citing examples of his being unpresidential (“little Adam Schitt”), incoherent (“negative press covfefe”) and mean (he called his first attorney general, Jeff Sessions, “a disaster who has let us all down”).

His tweets have also been dangerous, Democrats, election experts and public health officials say. Trump has downplayed the risks of coronavirus, issued false claims about the accuracy of mail-in voting and promoted fringe conspiracy theories.

Experts see no reason why Trump would scale back.

“Being in politics, being on the campaign trail, being at the start of this administration, [his staff] were able to do a better job in managing him on Twitter,” said Purdue University Northwest’s Yu Ouyang, the co-author of “Trump, Twitter, and the American Democracy.” “But I think they’ve gradually lost control. And if he’s no longer in office … because there’s less people helping him manage his account, he will revert to himself, actually, on Twitter.”

In recent months, Twitter has more aggressively moderated Trump’s tweets by appending warnings that the president’s claims are in dispute. Facebook is following a similar tact, although with softer language.

Both platforms have been getting pressure to suspend Trump. Twitter recently banned Steve Bannon, a former top Trump advisor, after he called for the beheading of Dr. Anthony Fauci, the government’s top infectious disease expert.

“According to the terms of service … there are definitely things that Trump has already said that would get me or you taken off their platforms,” said Dominic DiFranzo, an assistant professor of computer science and engineering at Lehigh University whose work has explored fake news. People have been removed from Twitter for much less than threatening nuclear war with North Korea, as one Trump tweet appeared to do, DiFranzo added.

Twitter has long defended not censoring Trump by citing carve-out provisions in the rules that generally exempt public officials from being banned or having posts deleted. On Jan. 20, Trump will lose such protections. But experts say it’s unlikely Twitter and Facebook would seek to banish such a popular figure from their platforms, no matter how inflammatory his posts. Spokespeople for Twitter and Facebook did not respond to emails seeking comment.

Twitter CEO Jack Dorsey confirmed on Tuesday, during a Senate hearing about social media moderation policies, that Trump will no longer receive that protection once Biden is inaugurated. “If an account suddenly becomes … not a world leader anymore, that particular policy goes away,” Dorsey explained.

But experts said they don’t see Twitter ever taking such a step. Trump usually stops short of saying something that could prompt Twitter to delete a tweet or lock his account, they said, and especially with the looming possibility of a 2024 Trump campaign, it’ll be easy for Twitter to not push the issue.

They also noted that Trump has aides and popular surrogates who could pump out messages if he were to lose @realDonaldTrump or have tweets censored. “The people that work for him or that are inspired by him,” said DiFranzo, “are still going to exist.”

Facebook seems less likely than Dorsey to clamp down. At the same Senate hearing, CEO Mark Zuckerberg said that while the platform has a few policy exceptions for politicians, the vast majority of site rules “have no newsworthiness or political exception.”

“If the president or anyone else is spreading hate speech or inciting violence, or posting content that delegitimizes the election or valid forms of voting, those will receive the same treatment as anyone else saying those things,” Zuckerberg said. “And that will continue to be the case.”

Both platforms have plenty of incentives to stand back, said Yvonne Mulhern, co-director of the Social Media Research Institute.

Trump is “helping the social media companies make money, and so I think that they’re going to be hesitant to censor him,” Mulhern said, and “if he’s planning to run again, they’ll want to be more careful and not antagonize him.” He could also mobilize his base to boycott a platform or harass its employees, she added.

And if there’s a lesson of the last four years, it’s to expect a tweet storm from him — the first of many to come as he returns to civilian life — sometime around noon Jan. 20, 2021.