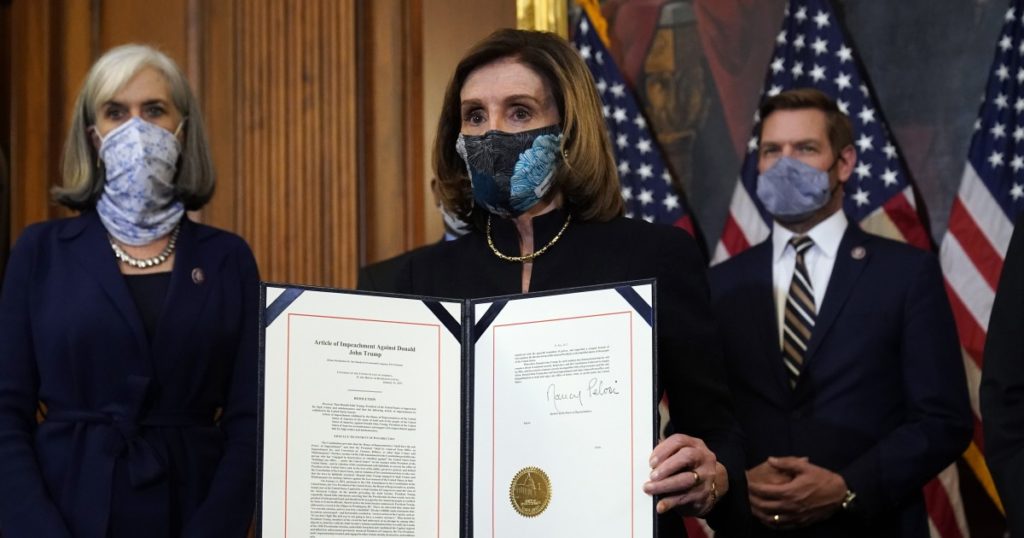 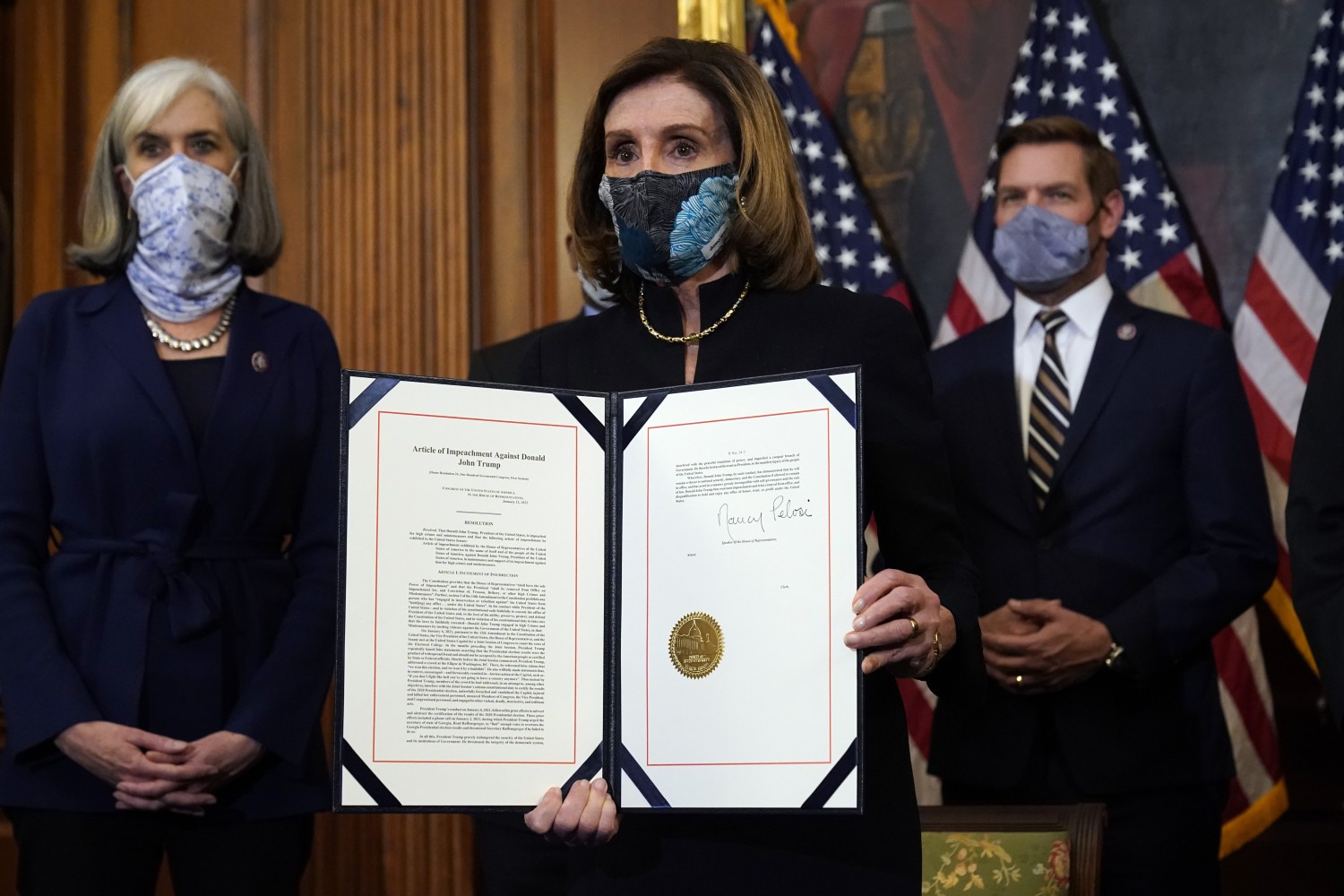 A mere 60 minutes after President-elect Biden is sworn in Wednesday, his predecessor is slated to stand trial in the Senate on a charge of inciting a riot in the same building.

The remarkable timing of President Trump’s impeachment trial is driven in part by Senate rules. A trial must begin at 1 p.m. the day after the Senate receives the article of impeachment. But the Senate won’t be in session to receive the articles until Jan. 19. Although Democrats want to move up that date, Senate Majority Leader Mitch McConnell (R-Ky.) has refused.

If that stands, it could create a split-screen unlike any before, perhaps befitting the end of Trump’s unconventional presidency. Biden, who comes into office with aspirations of bipartisanship, will take the oath just as senators begin to consider whether to convict the previous president and bar him from future office.

Democrats and Republicans are already discussing whether it is a good idea to hold the two events on the same day. But delaying the trial would require consent of all 100 senators, a move that has been exceedingly difficult in recent years, never mind under the heightened tensions of the transition and the Jan. 6 attack by Trump supporters on their workplace.

And in addition to agreeing on a delay, they will need to decide for how long, a more difficult question. Moving the trial a day, a week or month carries political consequences that are likely to divide the parties.

House Speaker Nancy Pelosi (D- San Francisco) could change that timeline by holding the article of impeachment in the House for several days or weeks, as she did after Trump’s first impeachment. But doing so could undermine the Democrats’ message that Trump is a danger; Democratic leadership has resisted it.

Barring any kind of agreement to change the timing or Pelosi holding the articles, House managers will walk across the Capitol to deliver and possibly read the article aloud in the Senate, and a trial will get underway the next day.

Conviction requires support from two-thirds of the 100 senators. But because Trump will already be out of office — the primary purpose of an impeachment conviction — the more impactful decision will be whether the Senate also chooses to bar him from holding future office, which requires a simple majority vote.

The Senate is likely to first confront whether it can legally hold the trial at all. Republicans are already raising questions about whether it is constitutional to try to convict a president who is out of office.

“The Senate lacks constitutional authority to conduct impeachment proceedings against a former president,” Sen. Tom Cotton (R-Ark.) said. “The founders designed the impeachment process as a way to remove officeholders from public office — not an inquest against private citizens.”

Sen. Rick Scott (R-Fla.) said he and another senator, whom he did not name, are considering boycotting the trial for this reason.

“I’ve had my team giving me a lot of materials today, and we’re going to be going through it, because if it’s unconstitutional, what are we doing?” he said on Hugh Hewitt’s radio show. “The Democrats have gone off the deep end, and I’m not going to. I’m not going to do anything to help them.”

Democrats say it is valid, pointing to precedent of putting on trial lower-level federal officeholders after they had left office, such as William Belknap, President Grant’s secretary of war. His trial took place after he resigned in 1876. He was acquitted. They also say that even if Trump is out of power, the Senate should hold the trial to ban him from future office.

The trial also crashes straight into the top priority for Democrats, who will take control of the Senate chamber Wednesday. The party division in the Senate will be 50 to 50, with Vice President Kamala Harris breaking the tie. They want to confirm Biden’s appointees as quickly as possible as Biden will already be behind on getting his Cabinet through the Senate. In recent history, the Senate has typically confirmed or at least teed up crucial appointments so that those people can begin their jobs on Jan. 20.

This year, that will not happen with the same speed because the Senate has largely been out of session since the mob attack, which left five dead and may have played a role in two subsequent suicides. The Senate has several confirmation hearings stacked on Jan. 19.

Republicans are likely to go along with quick approval for some nominees, such as national security appointments. But other, controversial appointees, such as California Atty. Gen. Xavier Becerra to be secretary of the Department of Health and Human Services, would probably have to wait.

Biden has asked the Senate to “bifurcate” its days, splitting time between confirmation votes and a trial, a notion Senate Democrats are eager to implement.

“We certainly stand ready to do both at the same time,” Sen. Kirsten Gillibrand (D-N.Y.) said on CNN Thursday.

While senators have been reluctant to say how they would vote in a trial, some are already staking positions. McConnell told his fellow senators in a memo this week that he hasn’t decided on how he will vote, a comment that some read as leaving the door open to conviction.

Assuming all Democrats vote to convict, 17 Republicans would have to join them for it to be successful — a high bar in a Republican conference that has shown significant deference to Trump.

“It seems unlikely to me that 67 people would vote to impeach,” Sen. Kevin Cramer (R-N.D.) said Wednesday night on CNBC.

Kindling for the fire is there, however, as several Senate Republicans are furious that Trump didn’t immediately call off the mob in strong language. Some have even gone public with that anger. Sen. Lisa Murkowski (R-Alaska) in a statement Thursday did not reveal how she would vote, but said she agreed with the House impeachment.

“On the day of the riots, President Trump’s words incited violence, which led to the injury and deaths of Americans — including a Capitol Police officer — the desecration of the Capitol, and briefly interfered with the government’s ability to ensure a peaceful transfer of power,” she said. “Such unlawful actions cannot go without consequence and the House has responded swiftly, and I believe, appropriately, with impeachment.”