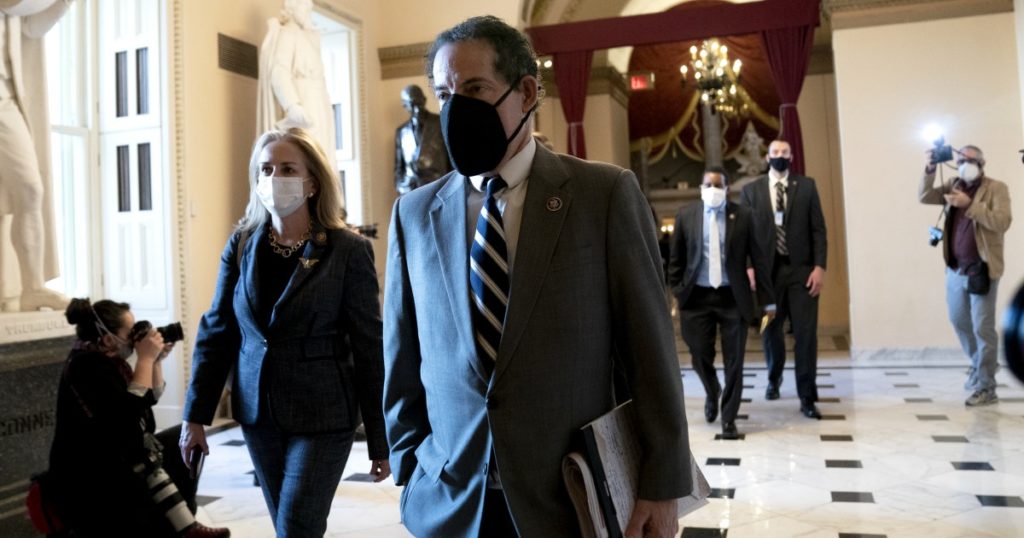 Formal delivery by the House of an article of impeachment against former President Trump shifted focus to the Senate, which will hold a trial soon to determine whether to convict him for inciting the Jan. 6 riot at the Capitol.

Never before has an impeachment process moved so quickly or has a trial taken place after a president left office, and because of that lack of precedent, there are a whole lot of questions that really smart people are arguing about.

Let’s take a look at what we know.

Can the Senate convict a president who isn’t in office anymore?

Jumping straight into the deep end, huh? This is a difficult question to answer and even constitutional experts don’t agree. This may interest you : Polls open for Georgia Senate race. The wait for results begins.

“It’s not one of these clear-cut things,” Rutgers political science professor and impeachment expert Ross Baker said. “There’s certainly no constitutional prohibition against it.”

Article 1 of the Constitution gives the House sole power to impeach a president and the Senate sole power over whether to convict. As such, each chamber largely sets the rules or procedures it follows during impeachment and the trial.

So to that end, the Senate can pretty much set its own rules. And once the House impeached Trump, it became harder for the Senate to do nothing. “Once the impeachment happened, the Senate had to have a trial. The Constitution gives no choice,” Baker said.

But a growing number of Republicans now say that even though they agree that Trump’s actions were wrong and impeachable, it’s too late to hold a trial because he has left office.

Republicans and some constitutional scholars argue that the basic purpose of impeachment and conviction is to provide Congress with a way to remove someone from office for committing gross offenses against the country, rather than waiting for the next election. The process was designed to balance the powers of Congress and a sitting president, not a private citizen, they say.

As such, the case against Trump should have ended with his departure Jan. 20, they say. Trump’s attorney’s may also argue the Senate trial is unconstitutional. 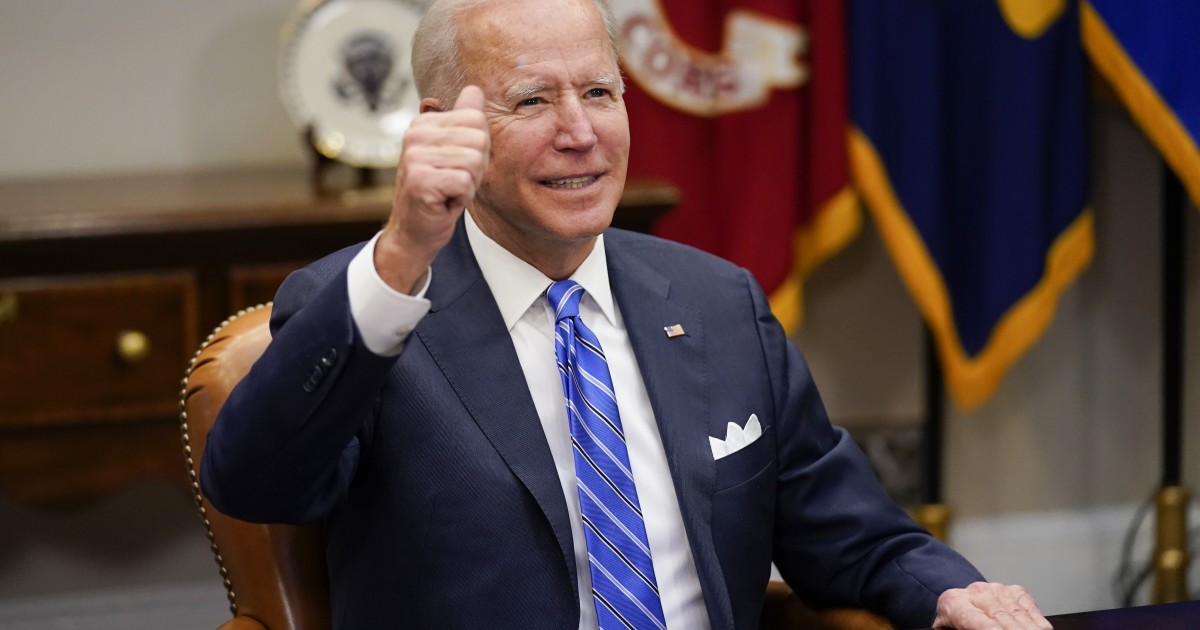 Read also :
Column: Biden faces harder fights after COVID relief victory
President Biden is riding high thanks to his success in pushing through…

Is there really no historical precedent?

Not for a president. The closest example in history is the 1876 case of War Secretary William Belknap, who raced to the White House to submit his resignation moments before the House began voting to impeach him for corruption. This may interest you : 1.4 million California EDD unemployment claims suspended.

Wary of letting someone using resignation as a way to escape penalty, the House passed five articles of impeachment, charging Belknap with “criminally disregarding his duty as Secretary of War and basely prostituting his high office to his lust for private gain.”

The Senate, too, determined it retained jurisdiction to impeach former government officials, and held a trial. The Senate fell short of the two-thirds vote threshold to convict required in the Constitution and Belknap was acquitted.

The first impeachment in history, that of Sen. William Blount, is also similar, but resulted in a different outcome.

Blount, the first senator from Tennessee, was expelled from the Senate in 1797 after being accused of conspiring with the British to seize control of Louisiana and Florida from the Spanish, something that would have benefitted him financially.

The House impeached Blount after he was expelled. The Senate determined during his 1799 trial that it didn’t have jurisdiction to convict him, and the case was dismissed. Unfortunately, the Senate deliberated in private and the resolution it passed to announce that it didn’t have jurisdiction failed to state why. Was it because as a senator Blount wasn’t a “civil officer” as described in the Constitution? Or because he was no longer in office? We don’t know. 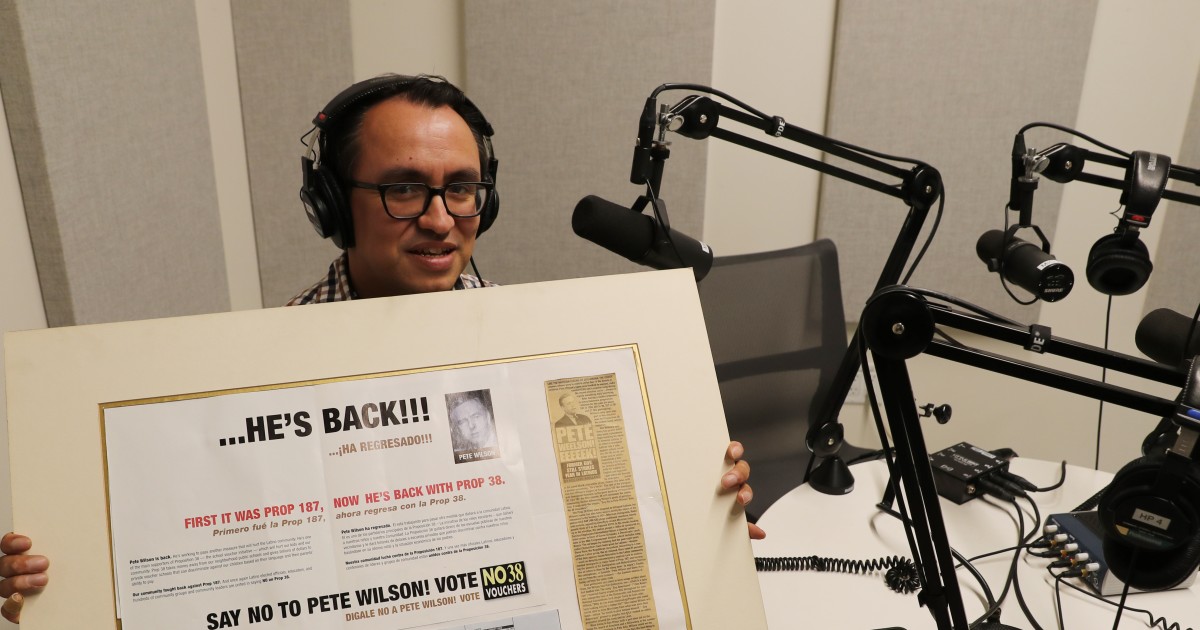 This may interest you :
Podcast: Pete Wilson talks, defends Prop. 187
Listen to this episode of The Times: Apple Podcasts Spotify Stitcher Google…

It’s too late to remove Trump from office, but the Constitution allows the Senate — if they convict — to also vote to bar the person from ever holding elected office again. To see also : Newsom should consider Danny Trejo for Harris Senate seat.

The Senate has only disqualified three people from holding future office, all federal judges. Conviction today takes 67 senators, an extremely high bar considering the 50-50 party split in the Senate. But, the Constitution is silent on how many senators must approve stripping the ability to hold office again, and in the past, the Senate has only required a simple majority.

Following through with the trial is also a way to enforce that elected or civil officers cannot avoid punishment by resigning or because their actions took place at the end of their term, said University of Virginia law professor Saikrishna Prakash, who is among those constitutional scholars who say the Senate can convict Trump.

“An officer cannot terminate the process by just quitting and say, ‘Ha ha. You can’t get me,’” Prakash said. 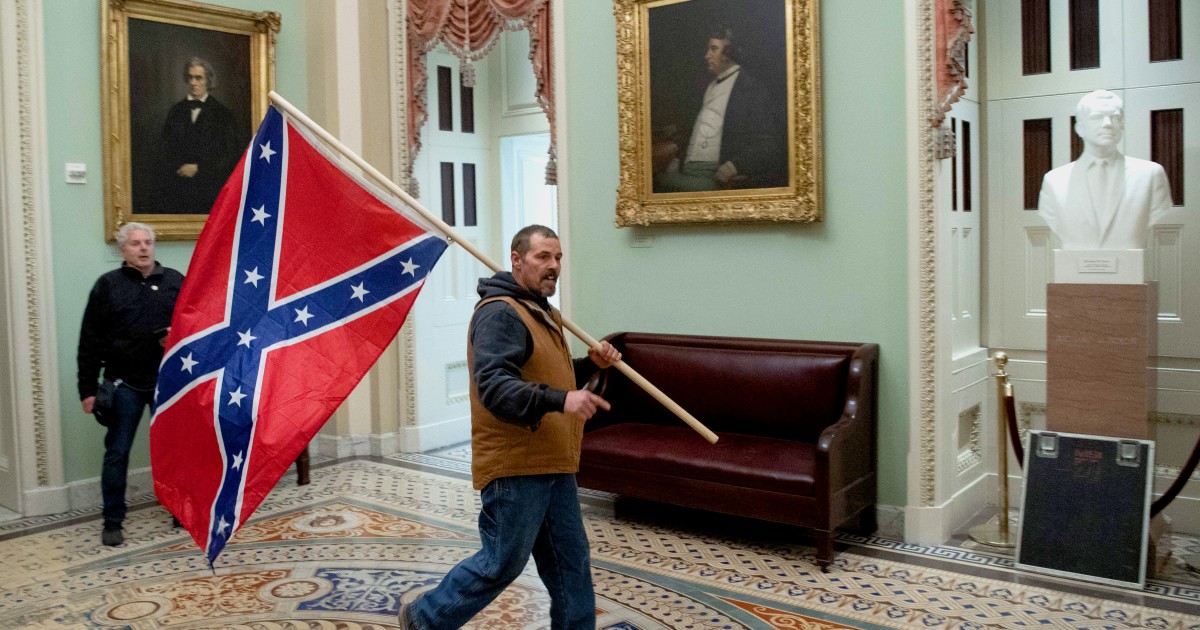 Will it go to court?

Perhaps. Trump might try to file a lawsuit, but whether the courts are willing to wade into a power the Constitution specifically delegates to Congress is another question.

There seems to be two rules of thought here.

In its 1993 Nixon vs. United States decision involving a Mississippi federal judge, the Supreme Court said the Senate has a right to determine its own impeachment procedures.

“My guess is the Supreme Court would not review this case. The impeachment power of Congress is very, very broad,” said Julian Epstein, who was chief counsel for the House Judiciary Committee during President Clinton’s impeachment. “It’s sort of a non-reviewable power. It would be an extreme step for the court to step in.”

Courts could also argue that Trump has no standing to sue until and unless the Senate convicts him and bars him from holding office again.

The Constitution states “when the president of the United States is tried, the chief justice shall preside.”

Experts disagree on whether that means he is supposed to preside in this unprecedented situation, and Roberts reportedly signaled he would rather not.

Prakash says since Trump has left office, Roberts isn’t the proper person for the role.

“I can’t imagine they [would] tell the chief justice he has to preside. That’s kind of silly, especially if he doesn’t want to,” Prakash said.

So who is in charge then?

The Constitution doesn’t specifically state who presides in non-presidential impeachments. In the majority of those other impeachment trials, the Senate president pro tempore has presided.

Wait. Leahy is a Democrat who called on Trump to resign. Is that fair?

Remember this process is more akin to a jury trial in which the senators will vote to convict or acquit. The presiding officer’s role is mostly about being a traffic cop, though he may be asked to settle disputes between senators about how the trial should be conducted. He doesn’t render a verdict, though he will get a vote in the end.

Leahy will take a special oath that he will be impartial in the role. He will guide the proceedings, bring the chamber to order each day, make sure the president’s lawyers and the House prosecutors stay within their allotted time. If he follows precedent set by chief justices in presidential impeachments, he will leave the big decisions to a vote by senators themselves.

But Republicans are already raising questions about the appearance and potential bias of having a Democrat preside over the trial and then get a vote, rather than having the chief justice preside.

Sen. Rand Paul (R-Ky.) said holding an impeachment trial without Roberts would be a sham.

Since Trump isn’t in office, who pays for his lawyers?

Conservative interest groups could help foot the bills, like they did when Trump was impeached in 2019. The Republican National Committee could help. Or Trump could set up a legal defense fund, similar to what President Clinton did in 1999.