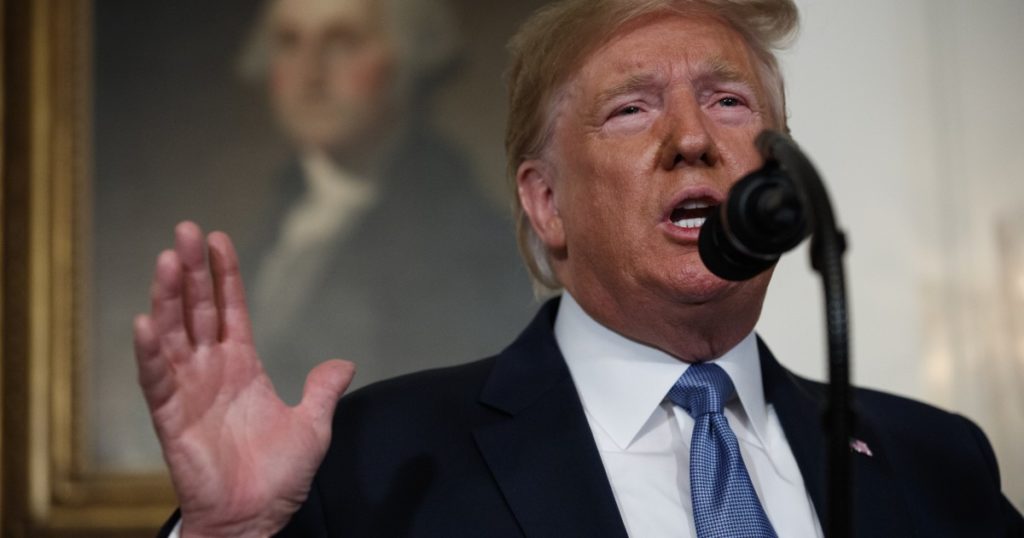 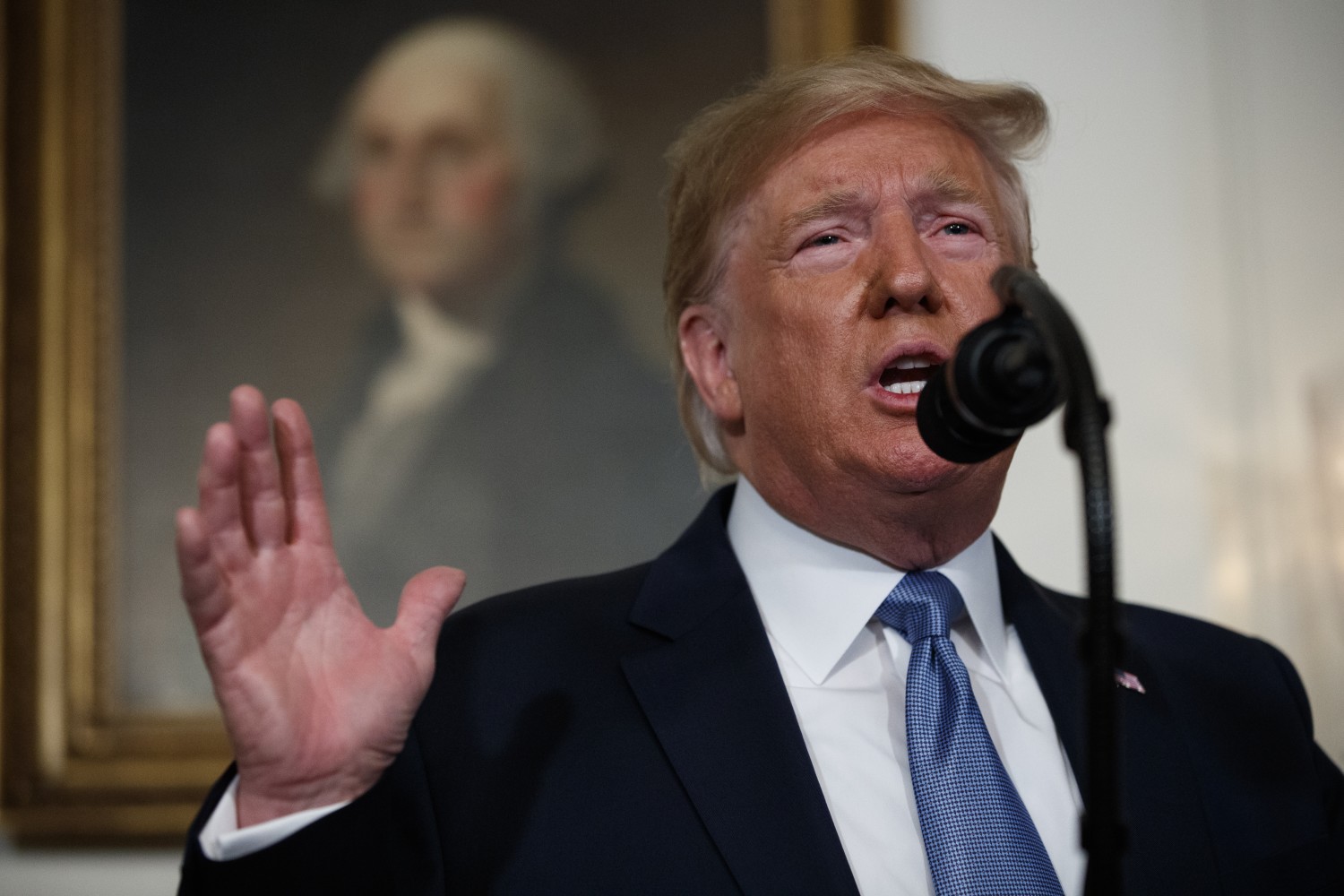 President Trump on Wednesday vetoed a major defense bill that the House and Senate passed by overwhelming margins, setting the stage for Congress to override his veto for the first time, just weeks before he leaves office.

Trump said he was vetoing the annual National Defense Authorization Act because it does not repeal a 30-year-old federal rule, known as Section 230, that shields online platforms from liability for statements made by users; he and allies claim Twitter and other social media platforms censor conservatives, which the companies deny. Trump cited an unspecified threat from foreign disinformation.

“Section 230 facilitates the spread of foreign disinformation online, which is a serious threat to our national security and election integrity,” Trump said in his veto message. “it must be repealed.”

He also opposed allowing the renaming of military bases that are now named for Confederate generals and complained that the bill would limit troop withdrawals and movements from Afghanistan and other foreign locations.

The bill’s massive scope, authorizing $741 billion for Pentagon programs and powerful defense contractors’ job-creating projects in virtually every state and congressional district, makes it unlikely that enough Republicans would vote to sustain Trump’s veto and risk delaying the funding into next year.

The Republican-controlled Senate passed the bill by a vote of 84-13 Friday, while the House approved it 335-78 earlier this month — margins well above the two-thirds threshold needed in each chamber to override a veto and allow the bill to become law.

Trump has issued eight other vetoes, and Congress has failed to override all of them.

Senate Majority Leader Mitch McConnell (R-Ky.), in a rare break with Trump, has strongly backed the defense measure, citing a 3% pay raise it would provide for troops and additional funding for warships, submarines and airplanes that he has said are critical for deterring China.

In the House, Minority Leader Kevin McCarthy (R-Bakersfield), one of the president’s strongest Congressional allies, has said he may support Trump’s veto. But there seems to be little prospect that enough other Republicans will side with the president to uphold it.

Top Republicans who worked on the bill, including Rep. Mac Thornberry of Texas, said they made clear to the White House that they were prepared to override a veto. They had hoped an overwhelming vote in support of the package — and Trump’s risk of embarrassment — would discourage him from making good on his threat.

Yet Trump tweeted another one Thursday morning: “I will Veto the Defense Bill, which will make China very unhappy. They love it. Must have Section 230 termination, protect our National Monuments and allow for removal of military from far away, and very unappreciative, lands.”

Sen. Jim Inhofe (R-Okla.), chair of the Senate Armed Services Committee, said he was unconcerned about any backlash from the president or his supporters for leading an effort to override a veto.

Republican leaders said the House is expected to vote first on whether to override the veto. If it is successful, a vote would follow in the Senate, where Republicans are more certain about breaking with Trump.

Yet, Sen. Lindsey Graham (R-S.C.), one of Trump’s closest allies, said Thursday he would vote to sustain Trump’s veto and backed the president’s effort to get Congress to take action on the social media policies.

“If he wants to have a debate and vote on [social media companies], I think we should do that,” Graham said. “Is that enough to prevent him from doing the veto? I don’t know.”

Some critics speculated that Trump may see picking a losing fight on the bill as a way to stoke grievances among his supporters as he prepares for a possible comeback in 2024. For weeks, he had offered an ever-changing list of reasons for opposing the bill, including that it isn’t tough enough on China.

Trump’s complaint that the bill would require the Pentagon to change the names of military bases that honor Confederate soldiers — he calls them “National Monuments” in his tweets — reflects his pitch to the many pro-Confederacy sympathizers among his supporters. He has repeatedly claimed that renaming the bases including Ft. Bragg in North Carolina would dishonor service members who trained and went overseas from the bases during World War II, dismissing arguments that he instead is honoring rebels who took up arms against the United States in defense of slavery.

He and other administration officials also complained about a restriction on withdrawing the remaining 2,500 U.S. troops in Afghanistan and from shifting 12,000 service members from Germany to other countries — both Trump priorities as he has sought to end overseas wars and punish allies, notably Germany, for not spending more on their defense.

His positions on those policies have never enjoyed widespread support in Congress, among Republicans or Democrats.

There is, however, broader congressional backing for changes to the law that exempts internet companies from liability for most material that users post on their networks. Under Section 230 of the 1996 Communications Decency Act, only a user is liable for posting information that is defamatory or otherwise unlawful speech — and not the social media company whose platform it appears on, the app used to share it, or any other third party.

As misinformation proliferated online this year about both the coronavirus and the presidential election — fueled by Trump’s tweets — Facebook and Twitter began labeling his and others’ posts as containing falsehoods and purged inaccurate information about COVID-19 treatments and vaccines, alleged election fraud and other subjects.

Trump has claimed that social media platforms have used their immunity to discriminate against conservative viewpoints and his supporters, though he has failed to provide evidence. Since losing reelection, Trump daily has used social media to spread unsubstantiated claims of voter fraud. Twitter has tagged some of his tweets with the warning, “This claim about election fraud is disputed.”

The idea of amending the liability provision has support from Republicans and even some Democrats, who also accuse social media platforms of spreading misinformation by insufficiently policing it and failing to remove much material. But lawmakers declined to accede to his demand for a repeal provision, fearing it could bog down the measure.

“Other than a couple of senators running for president, which we all need to take with a grain of salt, I don’t know of anybody who’s saying, ‘Yeah, this is the time and the way to deal with liability of social media companies.’” Thornberry said. “That’s a pretty hard case to make.”