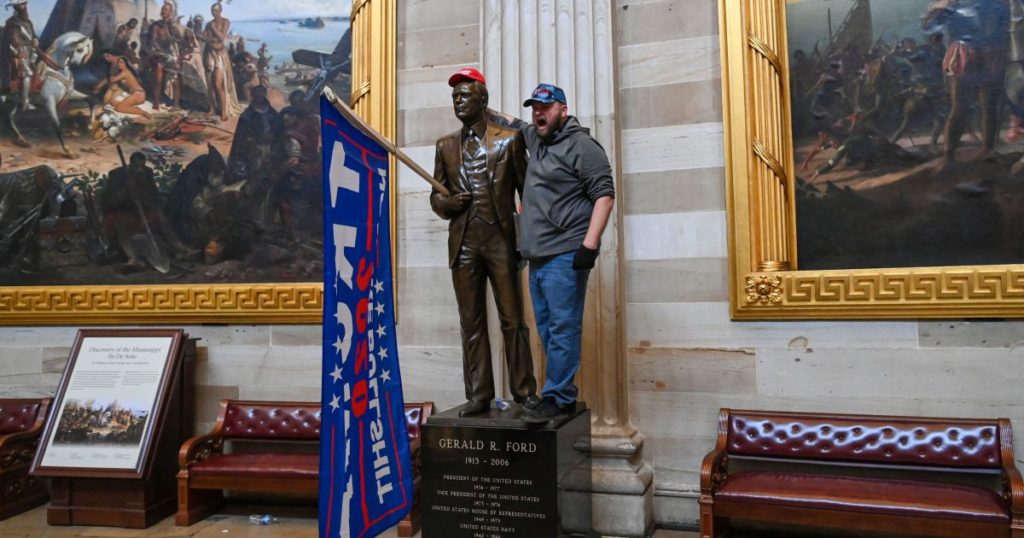 President Trump expressed support for his mob of supporters that stormed the U.S. Capitol on Wednesday even as he urged them to leave the building.

“This was a fraudulent election. But we can’t play into the hands of these people. We have to have peace. So go home,” he said in a video message taped at the White House.

His rhetoric was starkly different than his sharp denunciations of left-wing protestors and Black Lives Matter supporters earlier this year.

Twitter locked down the president’s tweet containing the video, limiting how users can engage with it, and affixed a more strongly worded label than usual.

“This claim of election fraud is disputed, and this Tweet can’t be replied to, Retweeted, or liked due to a risk of violence,” the social media platform said.