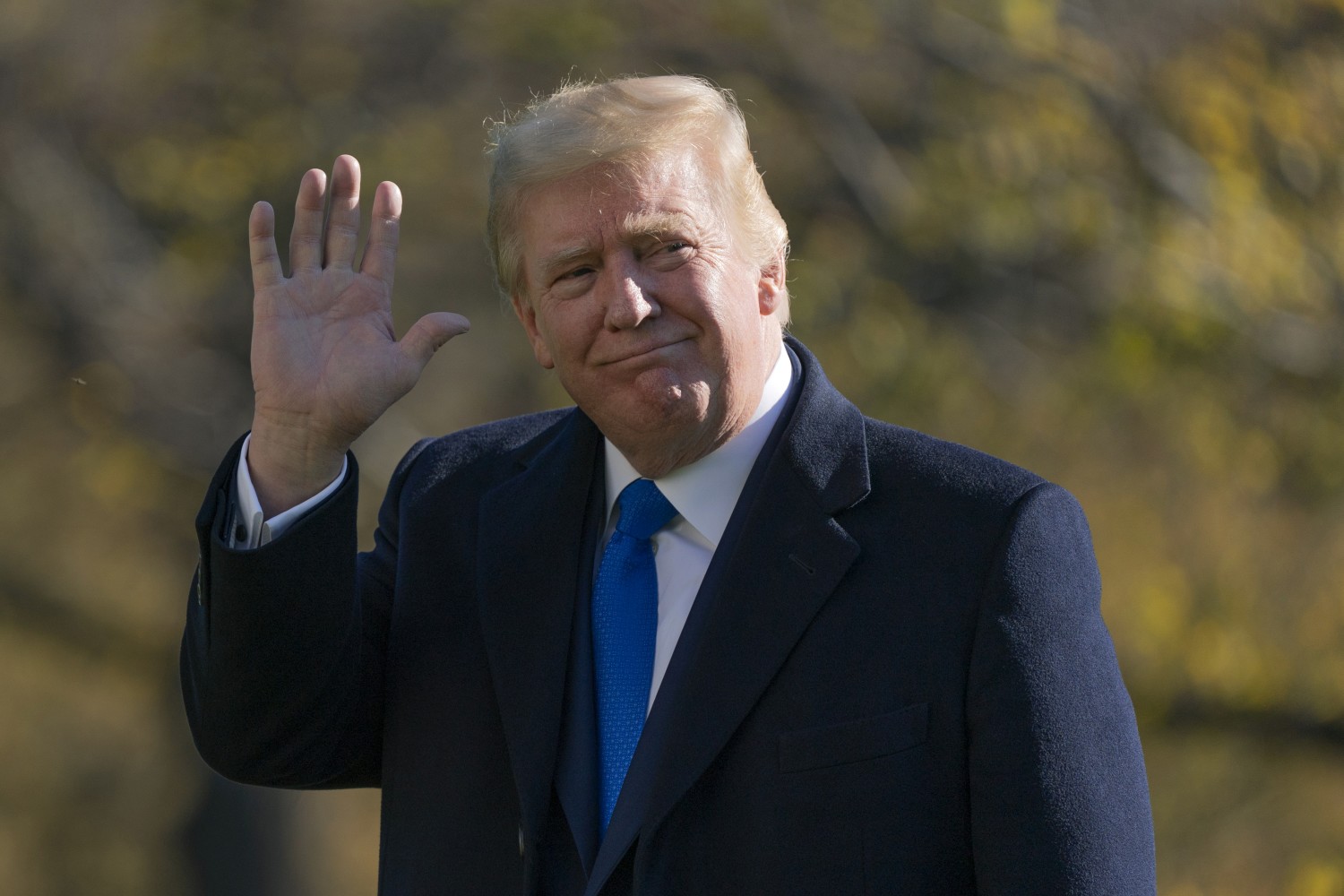 President Trump, even while repeating his groundless claim that “we won the race,” appeared Sunday to acknowledge dwindling chances of success in his legal battle to overturn the results of the Nov. 3 election won by President-elect Joe Biden.

“It’s hard to get into the Supreme Court,” he said in an interview on Fox News’ “Sunday Morning Futures,” his first extended question-and-answer session since the balloting. Adding to a string of legal defeats for Trump’s campaign, results of a partial recount in Wisconsin announced Sunday added slightly to Biden’s margin of victory.

In a rambling 45-minute call to a friendly host who failed to challenge his many falsehoods, Trump mused bitterly that federal law enforcement agencies were failing to come to his aid — or had even been complicit in what he continued to describe, without foundation, as “massive fraud.”

Asked about his legal plans, Trump said he would devote “125% of my energy” to pushing ahead with a court fight, even though his backers have notched dozens of defeats, including a rebuff Saturday night from the Pennsylvania Supreme Court.

“You need a judge that’s willing to hear a case, you need a Supreme Court that’s willing to make a real big decision,” said Trump, adding that it would take a “brave judge, or justice” to back him because of alleged threats against jurists and his lawyers.

Before Republicans pushed through last month’s confirmation of conservative Justice Amy Coney Barrett, Trump alluded to the importance of getting her into place quickly, in case of election disputes coming before the Supreme Court.

The formal transition to the Biden administration began last week, and Trump said Thursday he would “certainly” vacate office Jan. 20 as required, after the electoral college puts the expected seal on Biden’s victory next month.

In the Fox interview, however, the president refused to say whether any particular date — including Dec. 14, when electors meet in their respective states to cast ballots, or even Inauguration Day on Jan. 20 — would mark an end to his insistence that he, not Biden, had prevailed.

The former vice president’s margin of victory in the popular vote has surpassed 6 million, and his projected electoral college tally of 306 far exceeds the 270 required.

“I don’t want to give you an actual date,” Trump said when Fox interviewer Maria Bartiromo asked at what point he might admit legal defeat.

Throughout the interview, he alternately telegraphed defiance and resignation, declaring that “my mind will not change in six months” but also portraying himself as an victim of nefarious forces who “for the most part… got away with it.”

Trump’s unprecedented refusal to concede the election in the face of a definitive loss has prompted many Senate Republicans to take more and more contorted public positions to avoid contradicting the president’s victory claims.

Appearing Sunday on NBC’s “Meet the Press,” Sen. Roy Blunt (R-Mo.), a member of the Senate GOP leadership, repeatedly refused to refer to Biden as the president-elect.

Blunt said of Biden taking office: “We are certainly moving forward as if that is what is going to happen on January the 20th.” He also suggested, however, that the president’s backers might withhold formal acceptance of Biden’s victory for at least another month, until the House and Senate convene Jan. 6 for a joint session to count electoral votes.

With more than seven weeks remaining in office, Trump has signaled no sense of urgency on the raging COVID-19 pandemic, which has now killed more than 266,000 Americans. Public health experts expressed alarm again Sunday about the twin perils of colder weather and infections spread by holiday travel and gatherings.

Dr. Anthony Fauci, the government’s top infectious diseases specialist, said on “Meet the Press” that “what we expect, unfortunately, as we go for the next couple of weeks into December, [is] that we might see a surge superimposed upon that surge that we’re already in.”

Another member of the White House coronavirus task force, Dr. Deborah Birx, said on the same program that “we’re entering this post-Thanksgiving surge with three, four and 10 times as much disease across the country” as the period following Memorial Day.

“And so that’s what worries us the most,” she said.

In another arena, some former senior figures in the national security establishment are warning the country faces a perilous time before Biden assumes office.

Retired Adm. Mike Mullen, a former head of the Joint Chiefs of Staff, said Sunday he was “actually very concerned about the Trump loyalists who have now gone to work in the Pentagon” in the wake of Trump firing Defense Secretary Mark Esper by tweet after the election.