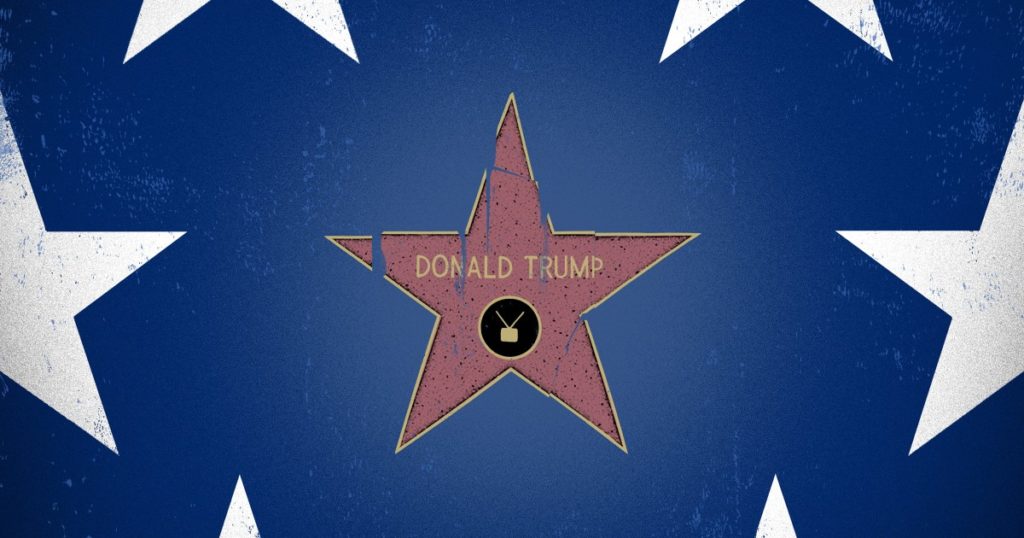 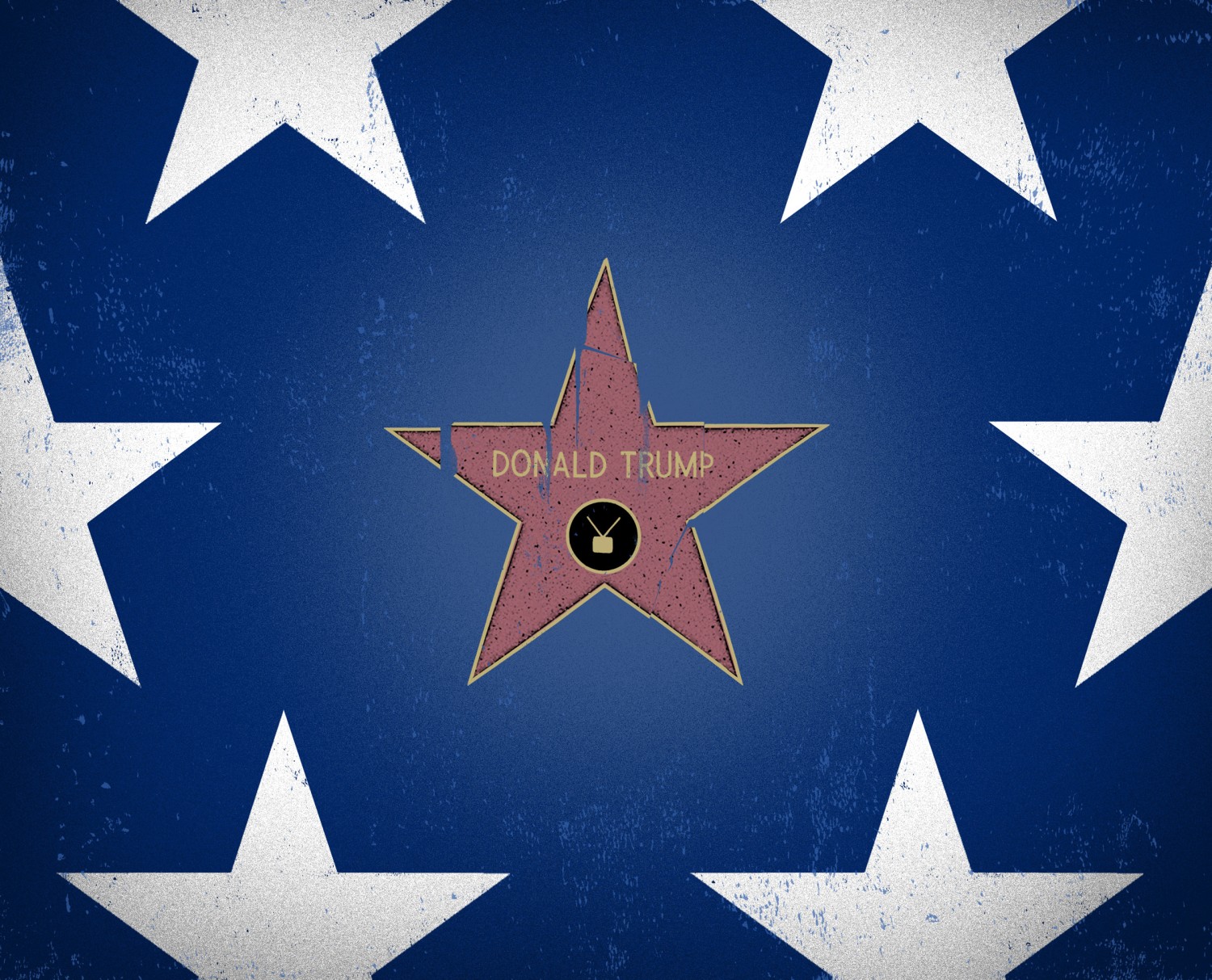 A long, long time ago, which is to say as recently as five years back, there were intelligent people who argued that popular culture was a more significant force in American life than politics.

Wasn’t any politician of note referred to as “a rock star”? Hadn’t “Hamilton” revitalized democracy by making the Constitution and progressive politics super hot? Didn’t the kudzu-like proliferation of screens turn their content, whether the next “Avengers” movie or the latest meme, into the new realpolitik, shaping our attitudes and actions in ways far more significant than any law, leader or political party ever could?

I mean, hadn’t “Will & Grace” done more for LGBTQ rights than any activist or lawmaker?

So deeply did many of us believe this that we put it to the test by electing (albeit not by popular consensus) a reality TV star as president. Donald Trump’s lack of experience in politics was seen by many as his greatest strength, as his documented business failures and personal-gain politics were papered over by the persona he had conjured for television. That carefully edited and produced image of a tough-talking, rule-dismissing man of action, boosted by the incendiary power of Twitter, is exactly what tens of millions of Americans — having spent years under the spell of television’s ruthless cavalry of “antiheroes” — believed we needed to script this country back into shape.

And now we know how that turns out — with the most ignominious exit ever of an American president. When the reality star realized that the actual reality of his defeat in the 2020 election could not be rewritten through lies, litigation and threats, he incited a bloody, treasonous attack on the Capitol building at one of the rare moments when virtually every member of Congress was present.

The ratings went through the roof, but without the result he had desired; as much as Trump relishes superlatives, “most often impeached president in history” was probably not the one he was going for.

Honestly, if Jan. 6, 2021, were the plot of a feature film or television drama, the coup attempt probably would have worked, setting off a postapocalyptic tale of a nation pulling itself together to put things right. Which is, as many pointed out during that dreadful day and those following, the actual plot of “Designated Survivor,” starring Kiefer Sutherland. A movie version more likely would feature Tom Hanks as, say, the lone surviving senator who rallies Americans into taking back their country.

Fortunately, laws are facts, not feelings, and the Constitution is stronger and more powerful than any script ever written, any counternarrative ever imagined. Hanks did indeed star in the events following the attempted coup, but as host for the inaugural celebration of our new president, Joe Biden.

Yet even after Biden’s inauguration, people continue banging their heads against Trump’s “Big Lie” — some demanding that those who contested the election admit they were wrong, others continuing to insist, against all evidence, that the vote was vaguely “irregular,” and all of them missing the Really Big Lie: that culture can replace politics in American life.

It cannot, because culture and politics are two very different things. Life is not a movie; politics is not part of the performing arts. Popular culture may shape or react against political narratives or agendas but it is not at all the same as an actual political narrative or agenda.

Yes, creating a production company and starting a podcast have been added to “write memoir, enter lecture circuit” on former leaders’ to-do lists and Dessa’s “Who’s Yellen Now” rap video is a thing of beauty. But celebrating political figures and firsts, commenting on or even attempting to shape policy is not the same as actually making it.

Arts and culture are certainly as important as politics, and their influence on our lives is undeniable. We tell stories and make art to make sense of, and sometimes attempt to change, a world that is messy, loud and complicated — infuriating in its injustice, horrific in its brutality, spectacular in its humanity and overwhelming in its ability to be so many things at once. We have used art to create culture throughout human existence — in war and peace, famine and plenty, no matter our form of government or the state of our politics, from the moment the first human noticed she wasn’t alone, from the time we realized we could use our hands for something other than scratching grubs out of the ground.

Spinning stories, music and images in the halls of power and the pits of slavery and oppression, we have used art to distill complexity and reveal truth, to harness emotion and provoke thought, to expand our understanding of one another. We look to art to escape reality or simply prove we existed in it, to imagine a better world or express our fears about a worse one.

Or, too often, as a means of celebrating a false history, or reinforcing an unjust status quo.

After a year like no other, during which many artists were deprived of workspaces, colleagues and audiences, we can only hope the future will unleash a cacophony of new works that reflect all we have lost and learned, including and especially the fact that culture and politics, while inextricably bound by human need, are not, and should never be, mistaken for each other.

Art can be political but it is not a substitute for politics because politics is about governance. Remember governance? Our local, state and federal institutions were created to serve the people, to create laws and programs that allocate resources and relief to those who need it in ways that serve them best.

It is not, or should not be, theater. It is not, or should not be, a team sport, a cult of personality or an arena that requires the same suspension of disbelief we grant our favorite television show. Politics is, and should be, full of tension and emotion, and the stakes are often very high. But far too much time in recent years has been spent on rhetorical showdown that may work in scripts — where a good monologue conquers all — but is a dangerous substitute for creation of laws and policies that will actually help move the country forward.

Too much time has already been spent on chronicling how various elected officials feel or what they want, parsing words to excavate intent or internal conflict, and too little emphasis put on what those officials, right, left or center, have actually done or tried to do.

As we saw during this year’s inauguration, poetry is best left to the poets, just as petty squabbles and ridiculous self-justifications are best left to “Love Island.” We don’t need cliffhangers from Congress to make sure we continue to tune in; we don’t need a president who speaks in merch-friendly taglines; and we don’t need political parties based on the regrettable but deep-seated impulse to see the world in terms of “us” and “them.”

There are enough intrinsic differences to be debated in how government should proceed without all the “look at me” posturing by its members. I realize we have been deprived of many parts of our culture during the pandemic and, as we tire of binge-watching television, it’s understandable that we would look to whatever “live” productions are available.

Our new president’s goal to “lower the temperature” is not directed just at maskless people screaming about their “rights” in Starbucks; it’s about Americans rethinking our expectations from our government. We voted the reality star — with his Twitter addiction, constant domination of the news cycle and “my way or the highway” treatment of absolutely everyone — out of office. To replace him, we chose a man not known for inflammatory or soaring rhetoric, who does not consider “compromise” a dirty word. A man who, though derided by members of his own party for not holding rallies, conducted a presidential campaign by consistently following the advice of medical experts.

The Really Big Lie of this new century in American politics is not that the 2020 election was rigged but that American politics is a media event that has to compete for the attentions of a distracted audience. Stars will, and should, rise from the realms of governance, but their acclaim should derive from the laws and policies they create, not from incendiary rhetoric or internecine drama. In this particular moment, there appear to be elected officials who willfully worked against the democratic process — how they are dealt with should provide enough drama for the rest of the decade.

Going forward, however, let’s leave opera to opera; no one expected Handel to produce a relief package during a pandemic.

And God knows we’ve already got plenty of rock stars.