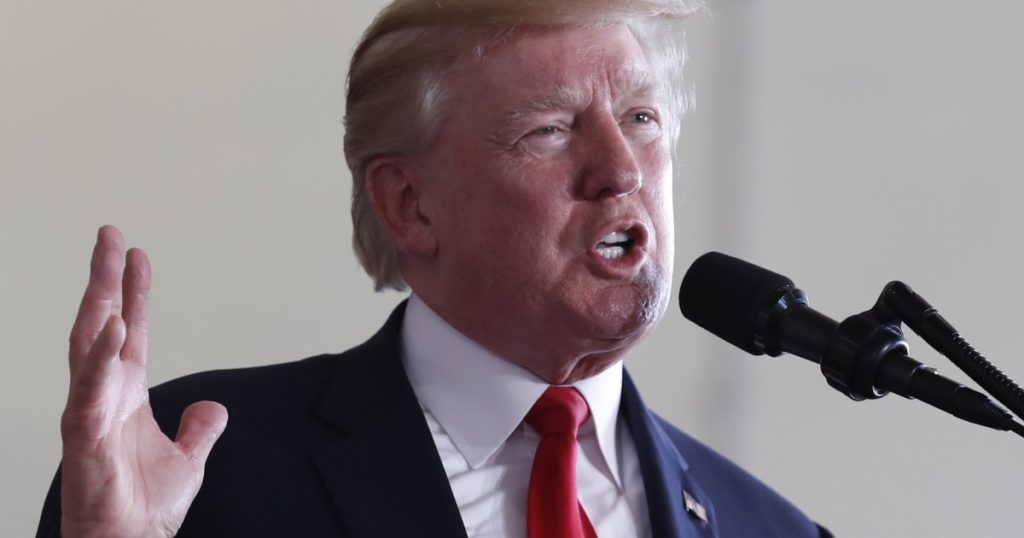 Bannon, who has pleaded not guilty, became the latest political ally to win such a show of legal largesse from the departing president as Trump granted clemency after midnight to 143 individuals, including drug offenders serving life sentences, in what appears to be his final executive action.

There were 73 pardons and 70 commutations of sentences. Among those pardoned by Trump, who campaigned on draining the swamp, were two former Republican congressmen: Randy “Duke” Cunningham of California, released in 2013 from imprisonment for a bribery conviction, and Rick Renzi of Arizona, who was convicted the same year of charges including bribery, money laundering and racketeering. Trump pardoned three other former Republican congressmen in December, including California Rep. Duncan Hunter.

Moments after granting clemency to his political allies, Trump issued an executive order rescinding the ethics rules he put in place upon taking office four years ago under which administration officials were barred from working as lobbyists for five years after leaving government. With his action early Wednesday, all who worked in his White House “will not be subject to those commitments.”

After weekend consultations with White House Counsel Pat Cipollone and other advisors, Trump had settled on a list of pardons that did not include Bannon or other political allies. But, in a near-empty West Wing on Tuesday, the outgoing president decided ultimately to grant the controversial pardon, flexing the muscles of presidential prerogative one last time.

Bannon had faced trial in May on charges of conspiracy stemming from his involvement with a nonprofit group supporting Trump’s effort to build a wall along the U.S.-Mexico border. He and three others allegedly swindled donors out of millions of dollars.

Trump had fired Bannon as a White House advisor in 2017 and excoriated him on Twitter at the time. But more recently the 67-year-old former executive chairman of the right-wing outlet Breitbart News reportedly offered Trump informal counsel in support of his efforts to overturn the November election that he lost to President-elect Joe Biden.

Trump, who has already used his pardon power to reward associates convicted of crimes stemming from wrongdoing in connection to his 2016 campaign, appeared to stop short of issuing a preemptive pardon for himself and other family members. No president has ever attempted such a constitutionally dubious gambit.

Trump, however, had discussed the possibility of using his executive powers to inoculate himself from future prosecutions by federal officials. The president’s power under the Constitution to pardon or commute sentences does not extend to state cases.

Cipollone and other advisors urged Trump over the weekend not to do so, warning he would open himself to additional legal exposure and scrutiny and perhaps hurt his position politically going into a second Senate impeachment trial, according to two people familiar with the conversations.

But because no law requires a president to disclose their clemency actions, it’s possible that Trump secretly signed a pardon for himself that could be disclosed later if it became necessary.

Bannon wasn’t the only political ally receiving clemency. Another was Elliott Broidy, a Republican fundraiser who raised millions for Trump’s campaign and the Republican National Committee. Broidy pleaded guilty in October to working as an unregistered foreign agent and illegally accepting millions of dollars to secretly lobby the Trump administration on behalf of Chinese and Malaysian interests.

Trump also granted a pardon to the rapper Lil Wayne, who was facing up to 10 years in prison for carrying an illegal firearm. Wayne met with and endorsed Trump in the final week of the 2020 campaign.

Kodak Black, a rapper sentenced to three years in 2019 after pleading guilty to a weapons charge, also received clemency. So did former Detroit Mayor Kwame Kilpatrick, a Democrat who’d been serving a 28-year sentence after being convicted in 2013 of 24 federal felony counts, including mail fraud, wire fraud and racketeering.

The list of people granted clemency was released after midnight, hours after Trump posted a 20-minute farewell address, videotaped inside the White House on Monday, on YouTube.

In the valedictory remarks, he touted accomplishments and offered the “new administration” well wishes, without mentioning Joe Biden by name. “We did what we came here to do — and so much more,” Trump said.

He acknowledged that he “did not seek the path that would get the least criticism” over four years in office. And he condemned the political violence that his own rhetoric helped incite two weeks earlier, saying that it can “can never be tolerated.”

At this moment of deep division and on the eve of a transfer of power he undermined for two months and is going to great lengths himself to avoid, he offered benign platitudes about the country’s greatness, affirming — just two weeks after his supporters stormed the Capitol in an effort to overturn his election loss — that in America, “the government answers to the people.”

Aside from the recorded farewell message, Trump was not seen in public on his final full day in the White House, maintaining his postelection reclusiveness and seeming apathy for a job he fought so hard to hold on to, and closing the final chapter of his chaotic presidency.

His final business was conducted privately and announced by White House emails: commendations for those involved in fast-tracking COVID-19 vaccines, an executive order to strengthen cybersecurity protections, and the declassification “to the maximum extent possible” of the FBI’s counterintelligence investigation of links between Trump’s 2016 campaign associates and Russian officials.

A president’s pardon power under the Constitution is near absolute, and other presidents have used it to bestow favors on friends and associates. Trump not only made an uncommon number of such grants, but also broke sharply with past practices. He disregarded the Justice Department office that previous presidents relied on to vet clemency requests for full pardons or commutations of sentences, and instead operated largely on whim.

Presidential pardons are intended as a show of mercy to offenders who demonstrate contrition for their actions, but few of Trump’s picks have done so. Commutations reduce the sentences that petitioners are serving but, unlike pardons, leave convictions intact.

A number of Trump’s recipients had either pleaded guilty or were convicted after being implicated in special counsel Robert S. Mueller III’s investigation into Russian interference in the 2016 election, which Trump denounced as a “witch hunt” and a “hoax.”

Last month he pardoned two men who refused to cooperate with Mueller prosecutors: longtime Republican operative Roger Stone, whose sentence on seven felony charges had earlier been commuted, and Trump’s 2016 campaign manager Paul Manafort, who was sentenced to 7½ years in prison for financial fraud.

A round of pardons or commutations that came shortly before Christmas included those for Charles Kushner, the father of Trump’s son-in-law and senior advisor, Jared Kushner, and four security contractors who were convicted in the 2008 killing of Iraqi civilians.

Also pardoned last month were three convicted former Republican congressmen, including Hunter, who was about to start an 11-month sentence for stealing campaign funds for personal use, and his wife, Margaret, who had also pleaded guilty to the charges.

The Justice Department review process that Trump ignored is meant to identify the most deserving recipients among a flood of applicants. He also has flouted the department’s guidance on who is worthy of clemency: “A presidential pardon is ordinarily a sign of forgiveness and is granted in recognition of the applicant’s acceptance of responsibility for the crime, and established good conduct for a significant period of time after conviction or release from confinement. A pardon is not a sign of vindication and does not connote or establish innocence.”

Trump has always particularly enjoyed exercising the pardon power, associates say, because he can use it unilaterally and swiftly, leaving no recourse for those who disagree with — or are outraged by — his actions.

Last month, Sen. Ben Sasse (R-Neb.) denounced some of Trump’s pardons as “rotten to the core.”

Some of the individuals charged in connection with the Jan. 6 mob attack on the Capitol appealed to Trump, asking him publicly for pardons because they came to Washington at his urging. Sen. Lindsey Graham on Sunday urged Trump not to extend the pardon power to anyone who took part in the insurrection.

“I don’t care if you went in there and spread flowers on the floor,” Graham said on Fox’s “Sunday Morning Futures,” addressing the rioters directly. “You breached the security of the Capitol, you interrupted a joint session of Congress, you tried to intimidate us all.”