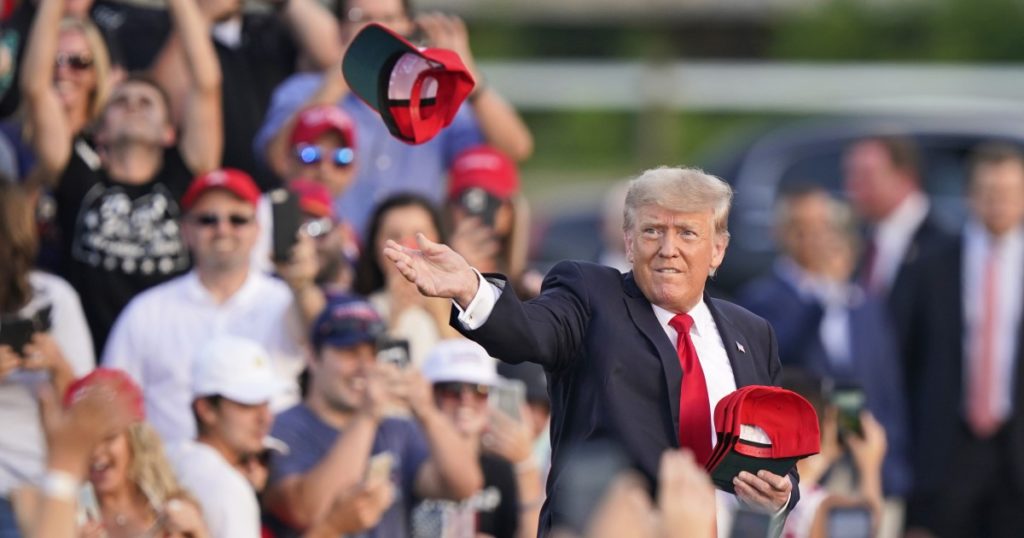 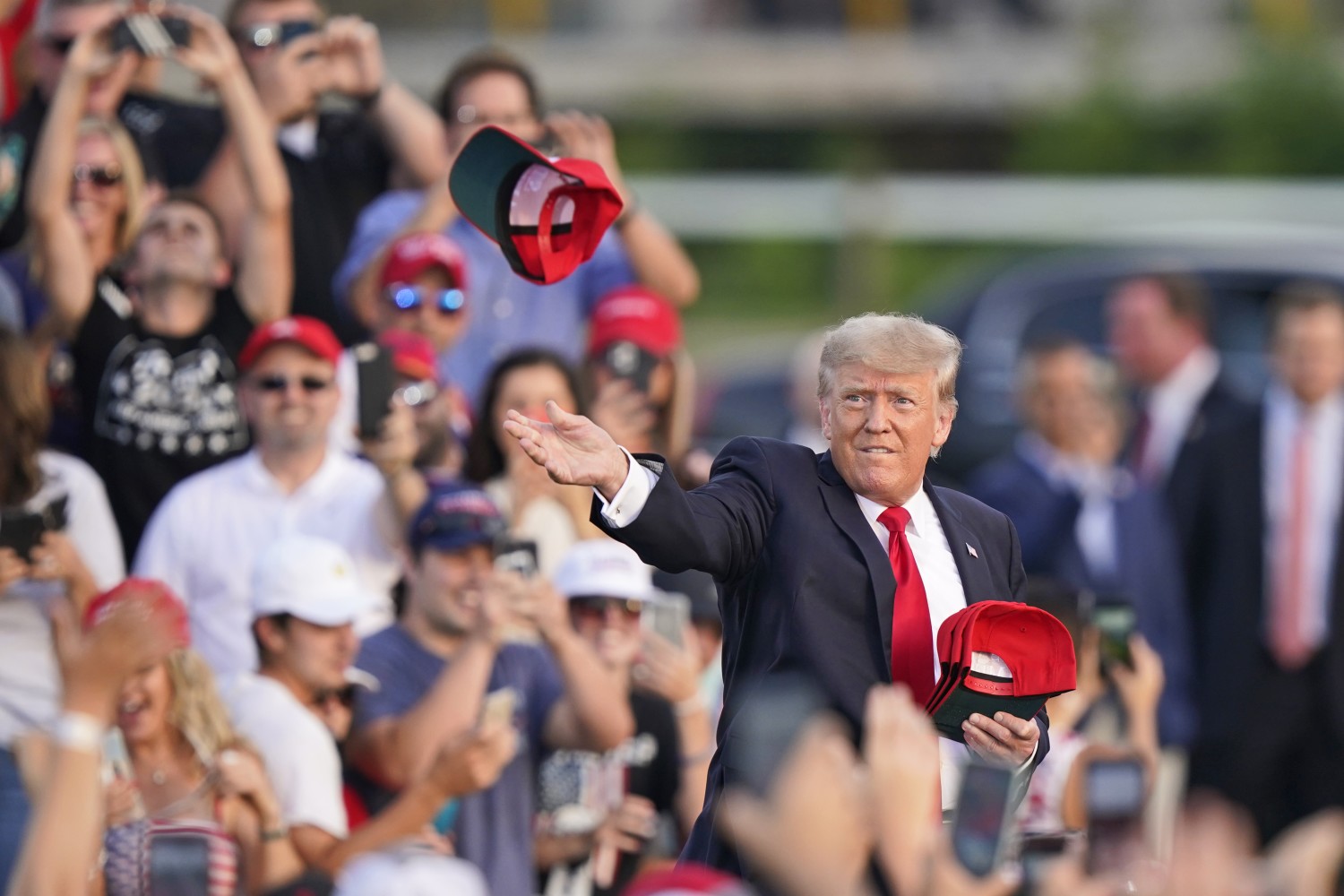 For decades, going into business with Donald Trump was considered a risky proposition despite his celebrity. He earned a reputation for stiffing contractors and biting off more than he could chew, leading to an infamous implosion in Atlantic City when his casinos ran out of money. Eventually, banks started asking Trump to personally guarantee their loans.

Now, working with the Trump Organization could become even more fraught. Already marginalized in the corporate world, the former president’s namesake company could soon face an indictment from New York prosecutors. The Wall Street Journal reported the Manhattan district attorney is expected to file charges against the company and its longtime accountant, Allen Weisselberg, on Thursday.

The investigation involves potential tax violations related to unreported compensation, according to a source with knowledge of the case. Danny Frost, a spokesman for Manhattan Dist. Atty. Cy Vance Jr., declined to comment.

However, that could be only the beginning of the company’s problems — the full scope of investigations into the company is unclear. The New York state attorney general, which has been conducting a civil inquiry into whether the company improperly inflated or deflated the value of its properties, is also working with the district attorney’s office on the ongoing criminal case.

The cases might sound like small potatoes after years in which Trump faced a special counsel investigation over Russian support for his candidacy and two subsequent impeachments, one for pressuring Ukraine to open an investigation into Joe Biden, the Democratic candidate for president who eventually defeated him in last year’s election, and the other for “incitement of insurrection” at the Capitol on Jan. 6. Trump was acquitted in the Senate in both cases.

But an indictment by a grand jury, legal experts said, would cloud Trump’s financial future, and could potentially cripple his company.

Under New York state law, a corporation convicted of the financial charges being mulled in the Trump Organization case would face at most a $10,000 per count penalty and an order to pay restitution. New York state prosecutors do not have the power, unlike those in some other states, to ask a judge to dissolve a company.

Such an outcome may not seem particularly dire, but legal and business experts said the Trump Organization is likely to face serious “collateral consequences” that could ruin the company. That’s because other businesses, banks and municipalities are leery — or precluded by internal rules, laws or regulations — from engaging with entities accused of such offenses. Banks, in particular, are hesitant to lend money to those facing such accusations, legal and business experts said, because there is a strong chance they will never recover their money.

“The Trump Organization, if indicted, could find itself without a place to put its assets and without a source of capital,” said Daniel Horwitz, a defense attorney who is a former Manhattan prosecutor. “If you are a bank, are you going to lend money to a company accused of a financial crime? If you are another company, would you do business with another that has been indicted? The answer is frequently no.”

Horwitz and other legal experts said a conviction would trigger a further series of challenges for the Trump Organization because businesses, banks and governments face stricter rules in that scenario. For example, a range of financing strategies popular with private companies are off-limits by the Securities and Exchange Commission to “bad actors,” including those convicted of financial crimes, according to Will Thomas, an assistant professor of business and law at the University of Michigan.

Analogous cases are hard to come by, but Thomas and others pointed to the saga of Arthur Andersen as an example of how such collateral consequence can doom a company. The Big Five accounting firm was convicted in federal court in 2002 of obstructing justice tied to its work for Enron, an energy giant accused of engaging in massive accounting fraud.

The firm vigorously appealed the verdict, and won its case in the Supreme Court in 2005. But by then it was too late. The conviction had forced the firm to surrender its accounting license because federal regulations do not allow people or entities convicted of felonies to audit publicly traded companies. Arthur Andersen struggled to drum up any new business. By the time it won its appeal, the once proud firm was essentially dead, with only about 200 employees out of nearly 30,000 that had once been on its payroll.

While unlike Arthur Andersen — the Trump Organization is not publicly held — an indictment would come at a time when its businesses are already struggling. The pandemic starved his hotels of traveling customers, his golf courses are losing money, and his extremist politics have turned off potential partners. Lucrative licensing and entertainment deals such as “The Apprentice,” the reality show that made him a television star, have withered or ended altogether.

The Trump Organization’s lawyers met with the district attorney’s office on Monday to argue why the company shouldn’t face criminal charges, and the former president issued a seething statement afterward. He said prosecutors were being “rude, nasty, and totally biased,” and he said the investigation involved “things that are standard practice throughout the U.S. business community, and in no way a crime.”

Ronald Fischetti, a lawyer for Trump, and Alan Futerfas, a lawyer for the Trump Organization, did not respond to requests for comment. Weisselberg’s lawyer, Mary Mulligan, declined comment.

Weisselberg has been under scrutiny as to whether he avoided taxes on perks such as private school tuition and rent-free apartments that could have been considered compensation for his job.

Sam Buell, a Duke University law professor and former federal prosecutor, isn’t sure that an indictment will be the turning point that some have predicted.

“I can’t see it being this kind of pivotal thing where this guy becomes toxic in a way that he wasn’t before,” he said.

He said it might be a different story if Trump relied heavily on government programs, such as healthcare or financial trading. But Trump’s business involves real estate and licensing deals that involve less regulatory oversight.

Buell was skeptical that New York prosecutors would bring charges only on tax issues because such allegations are usually only part of larger cases rather than the sole infraction.

“You wouldn’t want to be accused of ticky-tack prosecution that you wouldn’t bring against somebody else,” Buell said. “That would just be feeding into the narrative that you would get from the defense.”

Legal experts said prosecutors are almost certain to indict a high-ranking officer along with the Trump Organization itself because, at trial, they would have to prove that an executive or other officers in the company broke the law. They could not recall another instance where a company was charged in a serious fraud but prosecutors spared top employees responsible for the misconduct.

There are times, they said, that prosecutors enter into deals in which companies plead guilty but officers are not charged with crimes. However, such cases typically involve companies whose officers cooperated extensively with an inquiry and agreed to reform business practices and to pay restitution. That does not seem to be the case with the Trump Organization.

Trump remains influential within the Republican Party, particularly for a one-term president. But his caustic politics, history of racist comments and his continued refusal to accept his defeat in the last election has left him radioactive among companies that view controversy as bad for their bottom line.

Even Deutsche Bank, which lent money to Trump when other banks stayed away, reportedly does not want to do any more business with him.

Other companies cut ties after the Jan. 6 riot at the Capitol by Trump supporters. For example, the PGA of America announced that it would no longer hold its championship tournament at Trump’s golf course in Bedminster, N.J., next year.