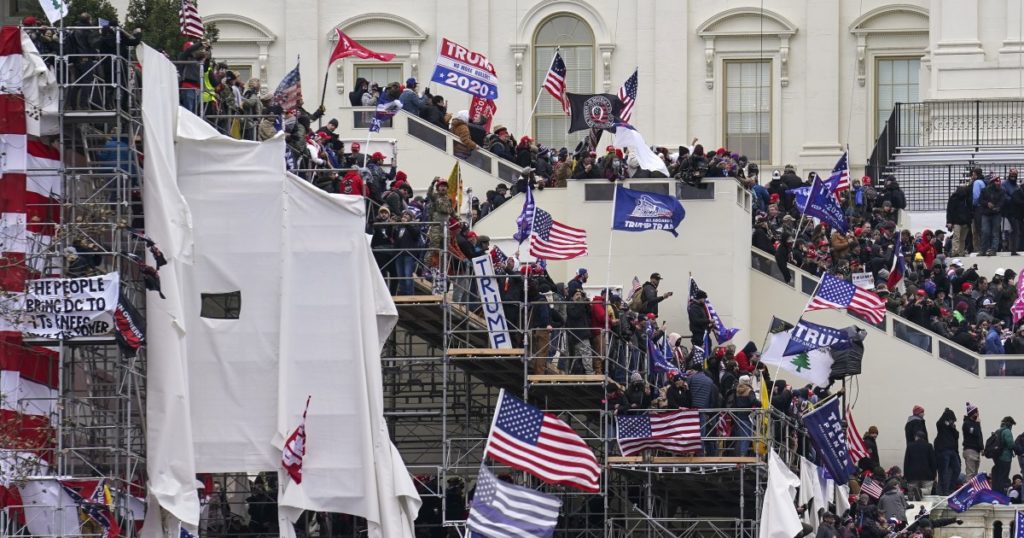 Lawyers for former President Trump criticized the impeachment case against him as “political theater” in their final brief before the beginning of the Senate trial Tuesday.

In the 78-page brief filed Monday, Trump’s lawyers David Schoen and Bruce Castor argued the case was unconstitutional because Trump was no longer in office and therefore it must be dismissed.

“The article of impeachment presented by the House is unconstitutional for a variety of reasons, any of which alone would be grounds for immediate dismissal,” the attorneys wrote in the brief. “Taken together, they demonstrate conclusively that indulging House Democrats hunger for this political theater is a danger to our republic democracy and the rights that we hold dear.”

Because Trump is no longer in office, they argue, he cannot be removed through conviction — the primary penalty provided in the Constitution. They also assert that the allegations raised by the House fail to meet the standard of a crime and that the president’s speech was protected by the 1st Amendment.

The House voted to impeach Trump on a single article of inciting insurrection one week after a mob overran the U.S. Capitol for several hours, resulting in five deaths, including that of a police officer, and delaying Congress from a ceremonial counting of the electoral college results.

For months Trump had falsely claimed the 2020 election was stolen from him, even as dozens of lawsuits across the country were dismissed for lack of evidence or proof. Trump gave a speech to a crowd near the White House shortly before the riot, urging them to march to the Capitol.

The contours of the trial are still unclear, including how long it will last and whether witnesses will be called.

The trial is expected to kick off Tuesday with debate and a vote about whether the process itself is constitutional. Democrats are likely to win that vote based on their narrow majority. After that, there will be several days of arguments, beginning with House managers.

The trial will adjourn for the weekend at the request of one of Trump’s lawyers and likely spill into the next week. After both sides present their case, senators will vote on whether to call witnesses.

Then there will be closing arguments and debate among the senators before a final vote of whether to convict or acquit.

House managers and many constitutional and legal scholars defend the legitimacy of the trial, noting that the Constitution is silent on whether the Senate has authority to levy penalties against former officials.

But Trump’s lawyers use the same reasoning, stating that the Senate cannot hold the trial because the Constitution does not explicitly allow it to convict former officeholders.

“The framers could have explicitly included a provision allowing for the impeachment of a former president, but they did not,” they state.

Last month, all but five Republican senators indicated that they considered the trial unconstitutional because Trump was no longer in office, a move that demonstrates how difficult it will be for House managers to persuade 17 Republicans to join them in impeaching Trump. A two-thirds vote is required for conviction.

Much of Trump’s lawyers’ brief focuses on technical or procedural aspects of impeachment. They say the House moved so rapidly, and without hearings or depositions, that Trump wasn’t given due process to defend himself before the charges were brought to the Senate. They accuse Democrats of attempting to “silence a political opponent and a minority party” through a “brazen political act.”