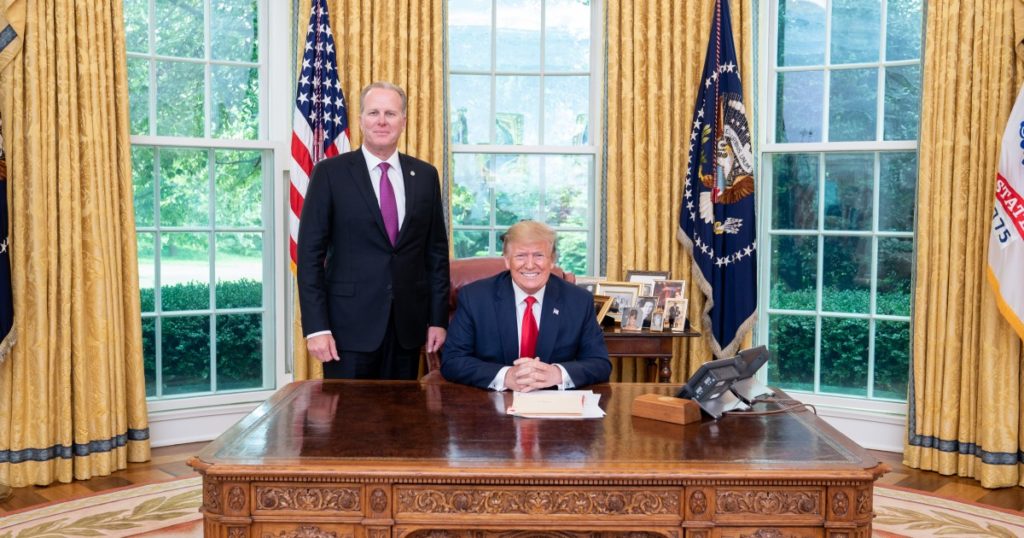 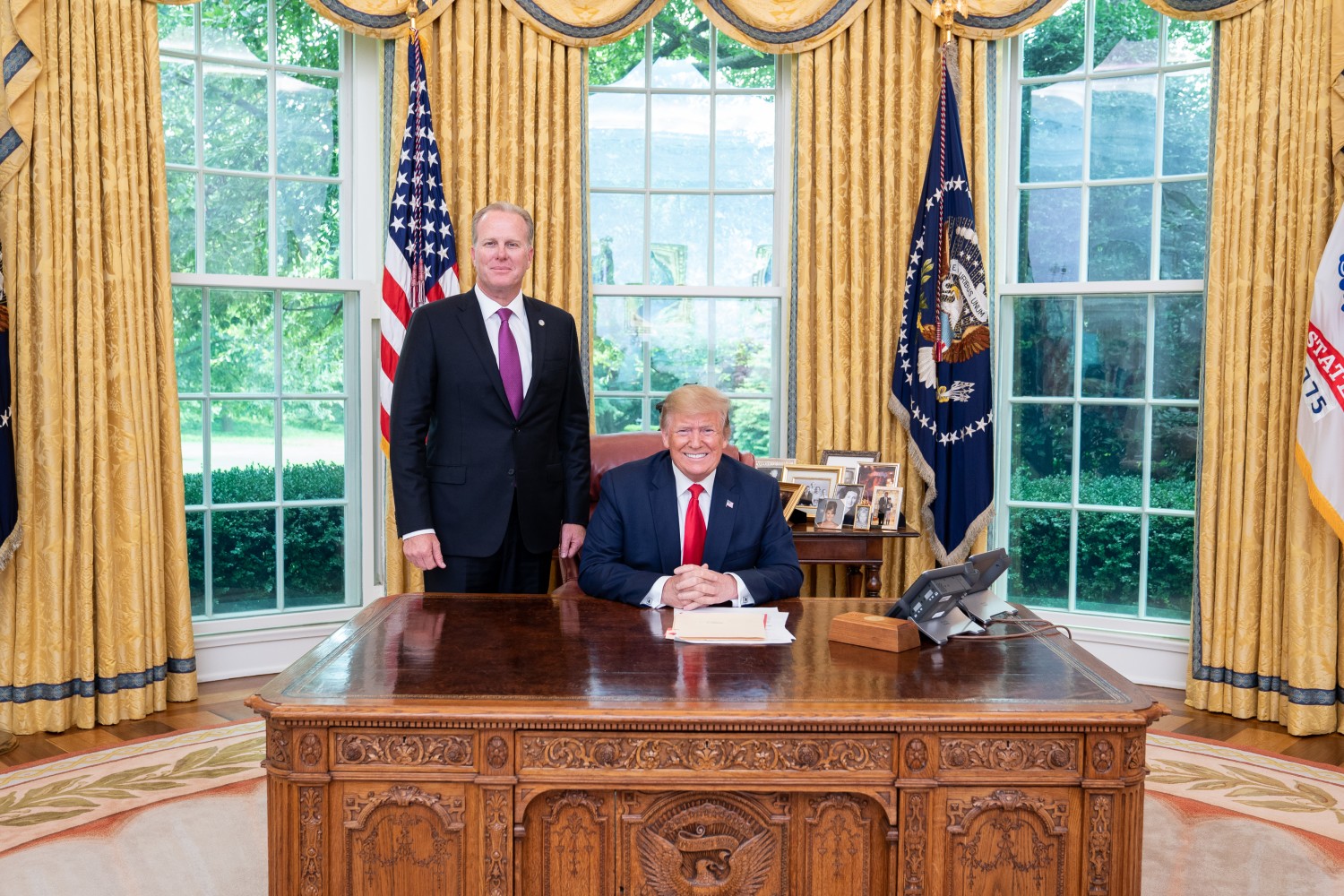 It’s been years since California’s sad-sack Republican Party had a statewide candidate with the potential of Kevin Faulconer, who’s now, wink, exploring a run against Gov. Gavin Newsom.

The just-retired San Diego mayor comes with bipartisan cred — he won election twice in a city where most voters are Democrats — and boasts a not-typical Republican resume: hoisting the rainbow flag to celebrate gay pride, shunning anti-immigrant rhetoric to build strong ties to Mexico, producing a plan to fight climate change that the green maven himself, Al Gore, once hailed.

Faulconer has already found ripe pickings in Democrat Newsom’s handling of the COVID-19 pandemic and the debacle at the state’s Employment Development Department, which involves billions in squandered unemployment benefits.

The problem he faces is President Trump.

Or, more specifically, Faulconer’s vote in November to reelect Trump.

“I thought he was going to be the best for the economy,” the GOP hopeful told columnist George Skelton, a curious statement given Faulconer’s previous efforts to distance himself from the president.

In June 2016, on the night he was reelected, Faulconer was asked what he thought of the incendiary GOP nominee. “I could never vote for Trump,” Faulconer said. “His divisive rhetoric is unacceptable and I just could never support him.”

What changed in the four years Trump sat in the Oval Office?

Was it his impeachment for trying to strong-arm Ukraine into digging up dirt on Joe Biden ahead of the 2020 campaign? His mishandling of the COVID-19 pandemic and its deathly consequences? His reference to Haiti and African nations as “shithole countries” or suggestion that the Proud Boys, a far-right hate group, “stand by” to violently challenge the outcome of the November election?

But what is it about Trump’s performance on the economy — or Faulconer’s doubts about Biden — that would override other considerations? It’s unclear. The Faulconer campaign did not respond to several messages seeking an interview with the gubernatorial hopeful.

The silence is understandable, if untenable, as Faulconer’s dilemma is plain.

Although Trump lost California in a landslide, he received more than 6 million votes and still commands a cult-like following among Republican faithful. Faulconer can’t afford to alienate a significant portion of that GOP base if he hopes to advance to the 2022 general election under California’s top-two primary system. (Or, for that matter, emerge atop the field to replace Newsom in a recall election, if it came to that.)

At the same time, if Faulconer is too closely associated with the president, he would very likely turn off the independents, moderate Republicans and crossover Democrats he needs to win statewide office — something no Republican has managed in 15 years.

It’s hard to have it both ways, embracing Trump while keeping him at arm’s length, though Faulconer may try.

After Wednesday’s attack on the Capitol by a pro-Trump mob aimed at preventing lawmakers from certifying President-elect Biden’s victory, the former mayor condemned the violence as “unacceptable and un-American.”

“We must be better than this,” he wrote on Twitter. “It’s time to peacefully move forward and let Congress do its constitutional duty.”

Which at least offers a bit of separation from the lawless-rabble wing of the Republican Party.

Naturally, Newsom’s political strategists will do everything they can to yoke Faulconer to Trump; if Democrats have their way, by the time the election rolls around most Californians will be convinced the ex-mayor has “I (heart) Trump” tattooed across his chest. Doubtless Faulconer is not the only Republican candidate hoping Trump disappears into a sand trap after Jan. 20.

Democrats may get aid and comfort from, among others, the political buccaneers at the Lincoln Project, a group of lapsed Republicans who spent tens of millions of dollars on 2020 campaign ads tormenting Trump and his GOP allies.

In a tweet on Thursday, one of the group’s cofounders, Reed Galen, noted Faulconer shares a political advisor with Texas Sen. Ted Cruz, who attempted to thwart the will of voters and overturn Biden’s victory by echoing Trump’s bogus allegations of election fraud. “Is #sedition part of your platform to run for California governor?” Galen taunted.

Though the group has no plans to sink money into the governor’s race, Galen said, its leaders enjoy a huge following on social media, which they could use to undermine Faulconer by tying him to Trump.

“If you partner with people like @tedcruz and [strategist] @jeffroe we will be discussing it in the public square,” Steve Schmidt, another Lincoln Project founder, vowed on Twitter.

It’s been over a decade since California Republicans fielded a serious contender for governor. San Diego’s former mayor may be their great hope. But to win, Faulconer will have to not only defeat Newsom, but do so lugging a 250-pound ex-president on his back.